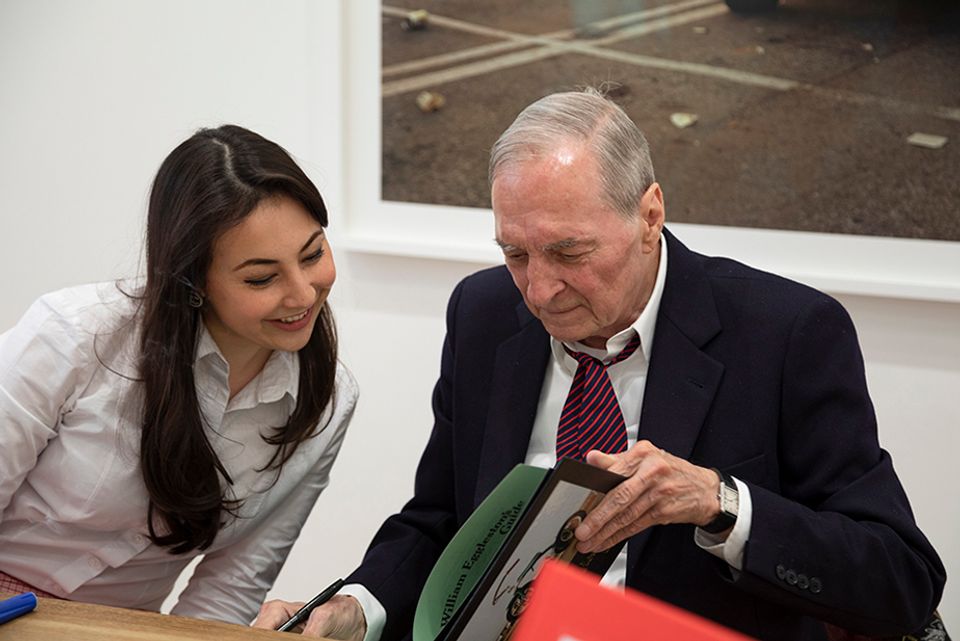 William Eggleston, a titan of photography and a quintessential southern gentleman, took London by quiet storm last Thursday. For 2 ¼, his new show at David Zwirner Gallery, Eggleston showed a series of lushly coloured, rigourously composed, square-format colour photographs from the 1970s. The crowd parted at the arrival of the dapper 79-year-old at the private view who was supported on his silver-topped cane and sporting his trademark untied silk bow-tie. He arrived to inspect the recently reprinted larger versions of images of the cars, parking lots, individuals and family businesses that he had taken on a 2.25-inch medium-format camera more than four decades ago.

The next day there was even more of a throng at his 2 ¼ book signing with crowds snaking down the stairs and out into the street from the first-floor galleries. Here, armed with a pen and a pack of American Spirit cigarettes, Eggleston delivered signatures and—for a lucky few—some memorable utterings. “Red, there’s a lot of power in red. Just a dab, that’s all you need,” he intoned, while flicking through the pages of the 2 ¼ catalogue and alighting on an image of a vivid scarlet truck. We should of course not forget that arguably Eggleston's most famous photograph is of a single light bulb dangling from a livid red ceiling. Then, when asked why he never captioned his photographs, he replied: "Words and photographs don't mix. You cannot express the meaning of a photograph in words.” 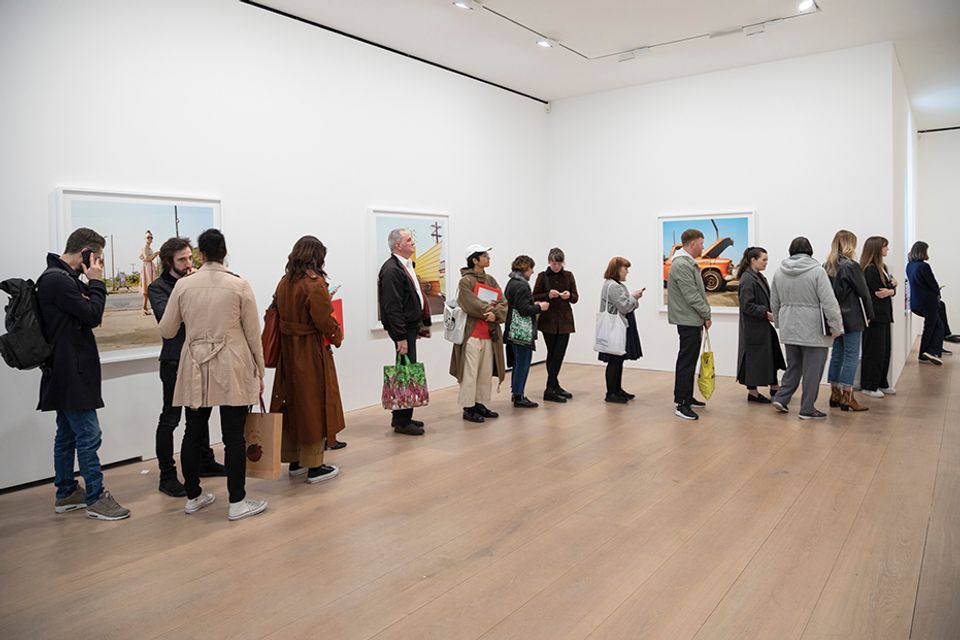 Mr Eggleston was happy to sign books, posters, memorabilia, individual cameras and copies of Musik (2017) (his album of synthesiser compositions), all of which were limited to one item per person due to the huge attendance. However, the artist was none too keen at having his own photograph taken, preferring, as he said, to be represented by his images. This is not to say that appearances aren't important to him, as he also made a visit to the offices of his friend Stella McCartney to select the fabric for his next suit before flying out of town.