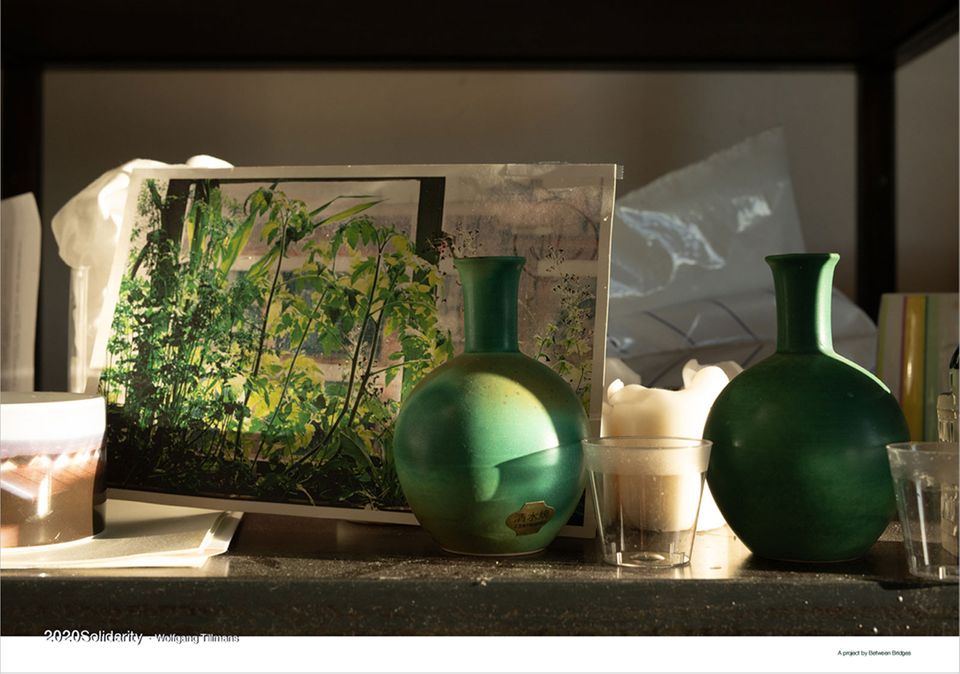 Hurrah for Wolfgang Tillmans, who has responded to the coronavirus crisis in a characteristically generous and collegiate way. His 2020Solidarity campaign, which was launched this week, brings together more than 40 international artists including Luc Tuymans, Andreas Gursky, Nicole Eisenman, Betty Tompkins—as well as Tillmans himself—to design one poster each that can then be offered as a reward on different fundraising sites in return for a £50 or €50 donation. The aim is to support cultural and music venues, community projects, independent spaces and publications that are, as Tillmans puts it, “existentially threatened by the current crisis”. These can also include nightclubs and bars.

“There are many places that may not get help or be bailed out because they are informal places, in culture, nightlife and music. I feel an urgency to do something so they don’t have to close down permanently,” he told the Guardian newspaper yesterday. Tillmans has approached the artists himself and Between Bridges—the foundation he set up in 2017 “for the advancement of democracy, international understanding, the arts, and LGBT rights”—will print the posters and distribute them to the organisations in need, free of charge.

Posters already earmarked for specific campaigns include Gillian Wearing’s image of a man with his lower face covered by a bandana brandishing a sign saying “all I ever wanted was love”, which will support Berlin’s Renate nightclub, and Marlene Dumas’s portrait of James Baldwin, which will benefit Siegessaule magazine also in Berlin. Funds raised by Tillmans’s own image, of a still life taken in his now closed studio, will benefit both Siegessaule and together with Mark Leckey’s print A Changeling Can Change will also support the Acud Macht Neu arts space in Berlin.

The posters are all A2 sized and in an unlimited edition, but they are only available as rewards for a limited period of time. All can all be viewed and acquired on the Between Bridges website with direct links to the participating organisations. Tillmans would like the scheme to go worldwide and is currently in conversation with a number of organisations, charities and businesses in the UK, the US and Poland.