Yinka Shonibare, an art icon with a sardonic twist

The artist is a shining example of philanthropy, funding creative residency projects in London and Lagos 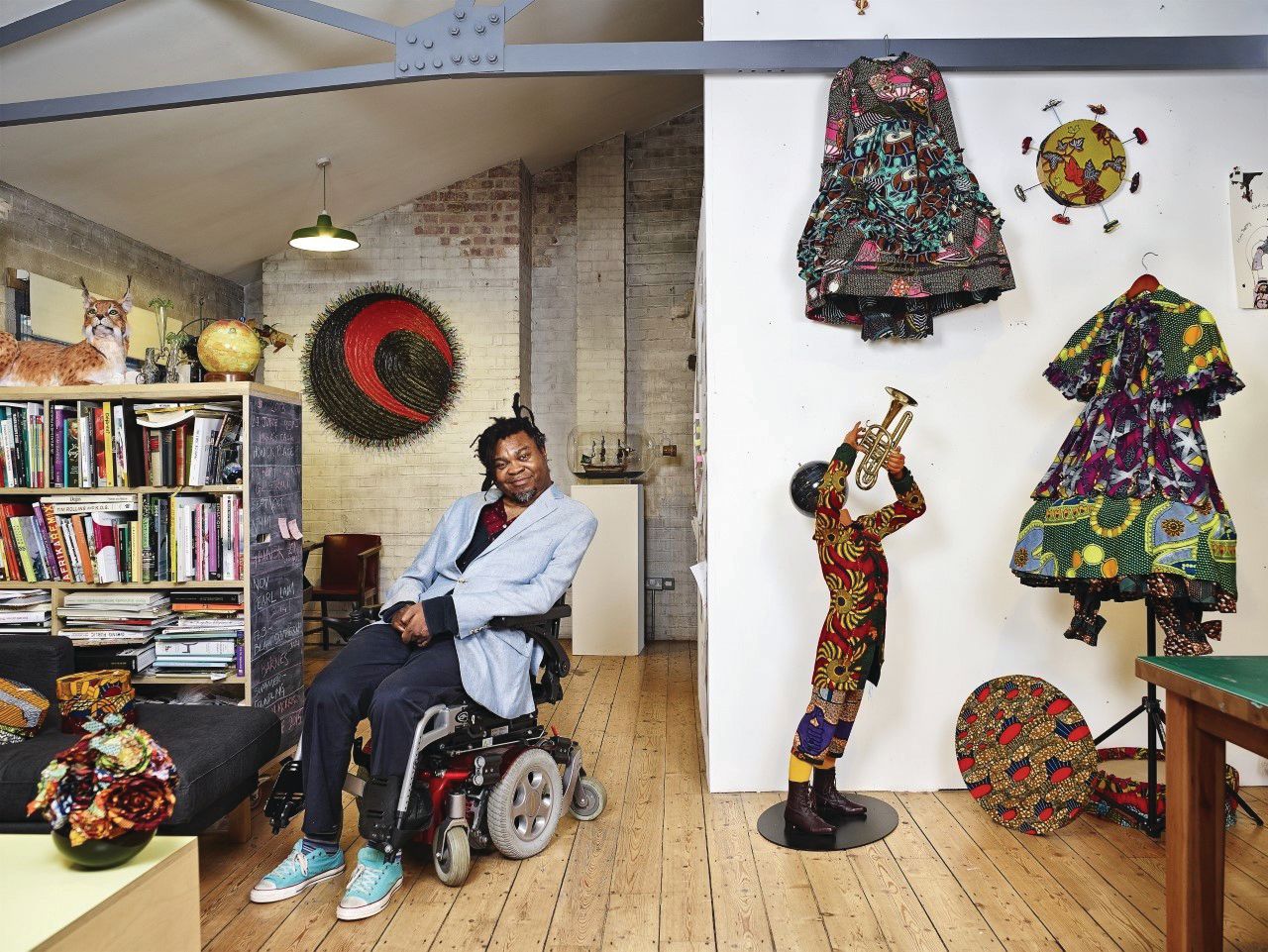 Last month, figures from across the international art world appeared on screen at the Whitechapel Gallery’s virtual gala to celebrate Yinka Shonibare CBE (RA), their designated “art icon” for 2021. The “i-word” can have cringeworthy connotations, but in this case, no one felt it was too hyperbolic a handle for this much-loved pioneering artist, who for more than three decades, has used his multifarious art to address the vexed legacy of colonialism, a quest that has never been more relevant than in the current moment. Shonibare is also a shining example of philanthropy, funding ambitious, creative residency projects in both London and Lagos, and now, as the recently appointed coordinator of the Royal Academy’s Summer Exhibition, he is set to shake up that most traditional bastion of white Western art traditions.

“Yinka, you are an artist of enormous vision,” declared the director of Studio Museum Harlem, Thelma Golden. “You have reshaped our notions of art history with so much generosity, humour, intellect and power.” Augustus Casely-Hayford, director of the V&A’s new London outpost, East, praised Shonibare’s ability to “navigate complex histories and give a long overdue dignity to emotional contexts that are so often marginalised”. And speaking from Johannesburg, Liza Essers of Goodman Gallery described Shonibare as “the most important bridge in my life between the gallery and artists from the continent and the diaspora”.

Raised in both Lagos and London, Shonibare describes himself rather less fulsomely as a “post-colonial hybrid”. His wry grapplings with Britain’s Imperial past extend to a sardonic insistence that his name always comes accompanied by the CBE (Commander of the Most Excellent Order of the British Empire) awarded to him in 2019. Whether in films, photoworks, paintings or sculpture, right from the beginning Shonibare’s signature material has always been the vividly coloured, intensely patterned, faux batik “Dutch Wax” fabric. Although now indelibly associated with Africa, it is in fact a colonially fraught European product, with origins in the 19th-century Imperialist criss-crossings between Holland, Britain, the Far East and Africa. Over the years, Shonibare has put these culturally freighted textiles to widespread use, covering models of aliens and dressing up mannequins in meticulously reproduced historical costume. Even Fragonard’s Rococo female on a swing has been given a disconcerting Dutch Wax makeover. For Okwui Enwezor’s Documenta 11 in 2002, Shonibare staged a Grand Tour orgy of model libertines wearing remade 18th-century rig, and his 2010 sculpture for the Fourth Plinth in London’s Trafalgar Square consisted of a giant ship in a bottle, the ship in question being Nelson’s HMS Victory provocatively rigged out with Dutch Wax sails. At the Whitechapel evening, Shonibare spoke movingly of the rare virus he contracted in the early 1980s, which has resulted in him being confined to a wheelchair, and the way in which this “perceived limitation” has provided him with “a new opportunity… we can shape the world we want to live in”. To this end, since 2008 he has opened up a floor of his east London studio to Guest Projects, which offers an extensive, no-strings, free space for practitioners of any artistic discipline to make and show work which he describes as “a testing ground for new thoughts and actions”.

This desire to empower fellow creatives has been further augmented by the development of the Yinka Shonibare Foundation, established to address what he identifies as “pressing social concerns of education, cultural collaboration, conservation and food sustainability”. Due to open later this year are two artist residencies in Nigeria under the collective name of Guest Artist Space (GAS). One is housed in a purpose-built international artist residency and exhibition space in Lagos, and the other is located on a 54-acre working farm in Ijebu, two hours outside the city. This groundbreaking fusion of art and environmentalism will provide residencies for international artists, architects and designers, along with offering the study of sustainable agriculture and developing a crafts business for local women in rural areas.

Shonibare was elected a Royal Academician in 2013, and three years later, while the Royal Academy’s historic buildings were being refurbished, he covered the exterior of this august institution in a giant hoarding that fused scenes from its two-and-a-half-century history with distinctive Dutch Wax patterns. Now he is challenging the RA from within. This September, under his supervision, the RA’s annual open-submission Summer show will incorporate what Shonibare describes as “marginalised or overlooked practitioners who have historically been erased or exploited by the Western art narrative”. Under the theme Reclaiming Magic, it will include artists who are self-taught, artists with disabilities, artists from the African diaspora, and what Shonibare describes as “artists trained in the Western tradition but who work in a more visceral manner”. But this self-proclaimed artist-hedonist is also adamant the show will be “a return to the sheer joy of making”. For along with redressing injustices, some sheer joy is surely something we all desperately need right now.