While the West continues to grapple with its colonial past, institutions from Togo to Cairo are creating more expansive models to celebrate art 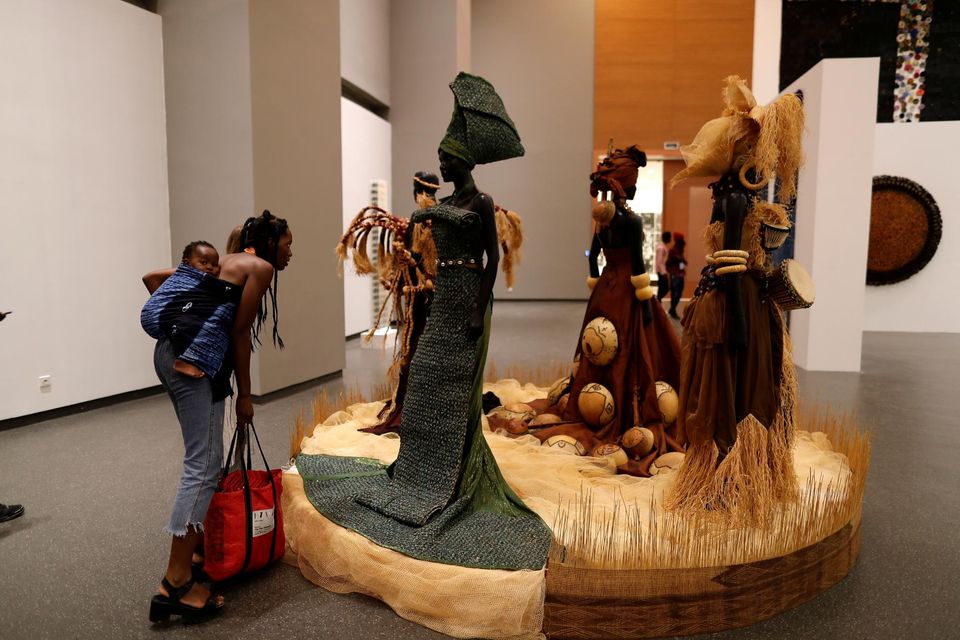 The Museum of Black Civilisations in Senegal © ZOHRA BENSEMR

Most museums as we know them seem to exist in order to help us in some way see ourselves and the world better.

At the beginning of last year, the International Council of Museums went though a public crisis when some of its members sought to expand the definition of museums to include their engagement with political and social issues.

In the summer, I did a talk with Yilmaz Dziewior, the director of Museum Ludwig, and one of the audience members asked if we would still be able to enjoy the works if they were contextualised.

Then in the autumn, in a thread on the repatriation of objects, a Twitter user asked whether “normal people” might still be able to view the objects if they were returned to the kinds of countries where there was no “free speech”.

The notion behind these suppositions is that Western museums and norms do not need to be contextualised by political and social realities, because they would then no longer be able to be taken at aesthetic or intellectual face value. But the current crises that museums face comes precisely from the problem of the colonial mindset that placed Western civilisation and its taming modernities at the apex of humanity. A hierarchy of being that continues to see anything outside itself as alternative, inferior, merely indigenous or premodern, has resulted in the violations and inequalities among people and our environment that we face so starkly today.

In the West, museums are still grappling with how to redefine themselves in this moment, with how to honestly and accountably face their pasts, where even those who want to atone for violences of theft through reparation continue to speak on behalf of those that can speak for themselves. In other parts of the world, different conversations are being had.

On the African continent, museums as we know them were largely a colonial import, created to bolster newly independent national narratives with borrowed forms. As part of the exercise of control and exploitation, it was drummed into colonised peoples that their beings, their ways of seeing and expression, were primitive, backward, and of no value; all while these very things, with differing degrees of violence, were exported to the West to be re-valued for their museums and for their gain.

While these narratives of inferiority still exist throughout the continent, especially when it comes to our historical cultural expressions, there is also so much that has prevailed; forms of expression, of exhibiting, of exchanging that have evolved over many millennia, which have taken in all the many influences that have passed through them and grown, despite the odds stacked against them.

Museums like the Palais de Lomé, which opened in 2019 in Togo, and the Museum of Black Civilisations in Senegal, which opened the year before, are co-curating with communities around them and creating more expansive models. New museums that are breaking ground this year, like the Grand Egyptian Museum, the Pan African Heritage World Museum in Ghana, the Museum of Humankind in Kenya, and the Museum of Maritime History in Mozambique, will tell narratives from the dawns of African civilisations in all their pluralistic forms. And new types of museums, archives and networks, like the Museum of British Colonialism, African Digital Heritage and the International Inventories Programme, continue to emerge.

In Ghana, our president, Nana Akufo-Addo, commissioned a review of our existing museum restructures, which I have been leading and bringing together for the past year. The report of the first committee (ghanaheritagefuture.com) outlines new curatorial, architectural, financial, structural possibilities for our museums, monuments and national parks. Our next step is a competition for a new kind of museum building, the design of which will be announced in 2021.

In 1964, our first president, Kwame Nkrumah, commissioned the architect Franco Minissi to design our National Museum, but like many of our independence dreams, it was never completed and the ground for it still lies waiting. This time it is for a homegrown architect, either alone or in collaboration with an international one, to reimagine what a structure might hold and look like, that honours and takes into account the many spirits of our communities, our environment, and our objects, both at home and those to be returned. A structure that will allow for narratives and exchange with, and across, other parts of the world, on equal terms.

• Nana Oforiatta Ayim is a writer, art historian, film-maker and lead of the Ghana Museums and Heritage Restructuring Project