As Hiroshi Sugimoto’s revitilisation project comes up for review this month, it is important to understand the symbiosis of the whole museum campus 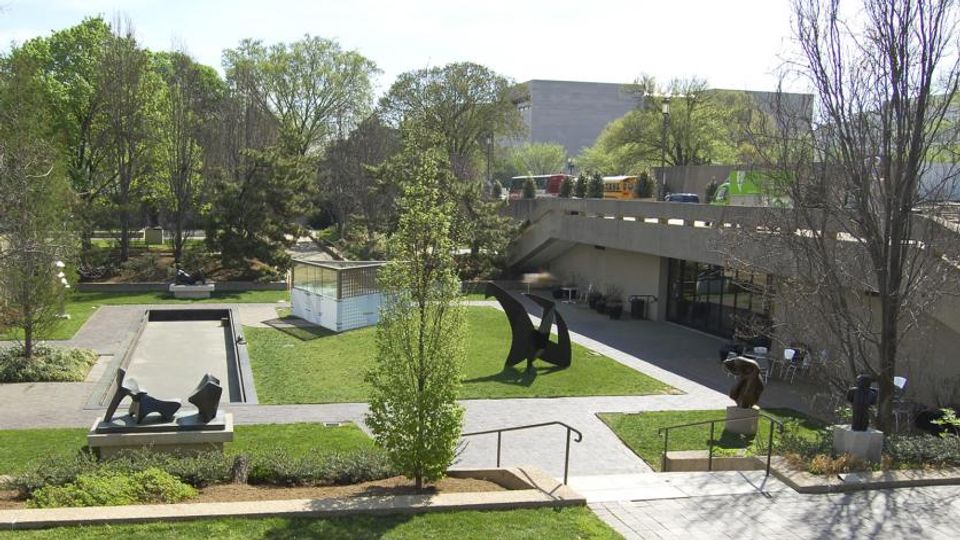 A recent opinion piece about the controversial Hiroshi Sugimoto-led revitalisation of the Hirshhorn Museum’s Sculpture Garden omitted essential details about its historic significance and the critical need for maintenance and management. Most importantly, the Sculpture Garden, located on the National Mall in Washington, DC, and designed by architect Gordon Bunshaft (in 1974) and landscape architect Lester Collins (in 1981), is eligible for listing in the National Register of Historic Places and is part of the National Mall Historic District. Federal law aims to safeguard such historic design, making every attempt to avoid and/or limit “adverse effects”. Consequently, the op-ed’s attempt to provide a “larger context [for] the changing role of museums” by citing a number of global projects, including the Crystal Bridges Museum of American Art, which is a newly constructed institution and not an insertion in a National Register-eligible campus, is irrelevant.

The op-ed also mischaracterises the Sculpture Garden’s current design saying it represents “American interpretations of Japanese garden design”. Bunshaft created a Modernist museum campus in which the landscape architecture and building architecture are symbiotic, with a subsequent Sculpture Garden overlay by Collins. American Modernism is rooted in a style that arose in Europe in the 1920s (think of Mies van der Rohe’s Barcelona Pavilion). Modernist landscape architecture evinces numerous influences including Dada painting and sculpture—and Japanese garden design—among others. “American interpretations of Japanese garden design” is far from the sum and total of Bunshaft and Collins’ designs and does not support the premise about the “imperative to invite a Japanese artist-designer” to redesign the site.

The piece also furthers a suggested distinction between Bunshaft and Collins, and Sugimoto, with the latter often described an artist and architect, whose vision must be supported. What about the vision of the artist and architect Bunshaft, and artist and landscape architect Collins? Bunshaft unified the entire museum campus using aggregate concrete, a Minimalist and Modernist design element that Collins respected and retained. Sugimoto’s proposed extensive use of stacked stones walls fundamentally disrupts the Sculpture Garden’s Modernist design, Bunshaft and Collins’ artistic intent and the museum campus’s symbiosis.

On 15 July, the seven-member US Commission of Fine Arts (CFA), which has recently undergone an unprecedented shakeup, will review the Sculpture Garden redesign. This is only the second CFA review for this project (the first was in May 2019, when it received “concept approval”) and the first time the present commissioners will consider the redesign (by contrast, during the same period there have been seven Section 106 meetings). Significantly, since the May 2019 meeting, the site’s National Register period of significance has been expanded to include Lester Collins’ 1981 work, which should prompt a re-evauation of the concept approval.

Most importantly, for the first time in some two decades, none of the CFA commissioners is a landscape architect, even though at least 70% of the projects the commission reviews involve landscapes. (Imagine the outrage were there a complete absence of architects).

Much of the proposed revitalisation for the Sculpture Garden—long overdue—is to be commended. However, the Hirshhorn has failed to provide the programmatic justifications for the most consequential design interventions the CFA will be asked to approve: stacked stone walls and an expanded pool area in the historic core, alterations more radical than anything proposed for the museum building. The commissioners might keep in mind what New York Times architecture critic Michael Kimmelman wrote in 2014 when the Frick Collection’s initial expansion plan threatened to demolish their jewel-like East 70th Street viewing garden by the great postwar British landscape architect Russell Page: “Great public places and works of landscape architecture deserve to be treated like great buildings.” We urge the commissioners to proceed cautiously, to carefully reevaluate the concept approval, and retain the unifed modernist composition created by architect Gordon Bunshaft.

• Charles A. Birnbaum is the president & CEO of The Cultural Landscape Foundation