Frieze has long prided itself on its eco-credentials, but these small gestures are negligible in the face of the planet's immediate climate crisis 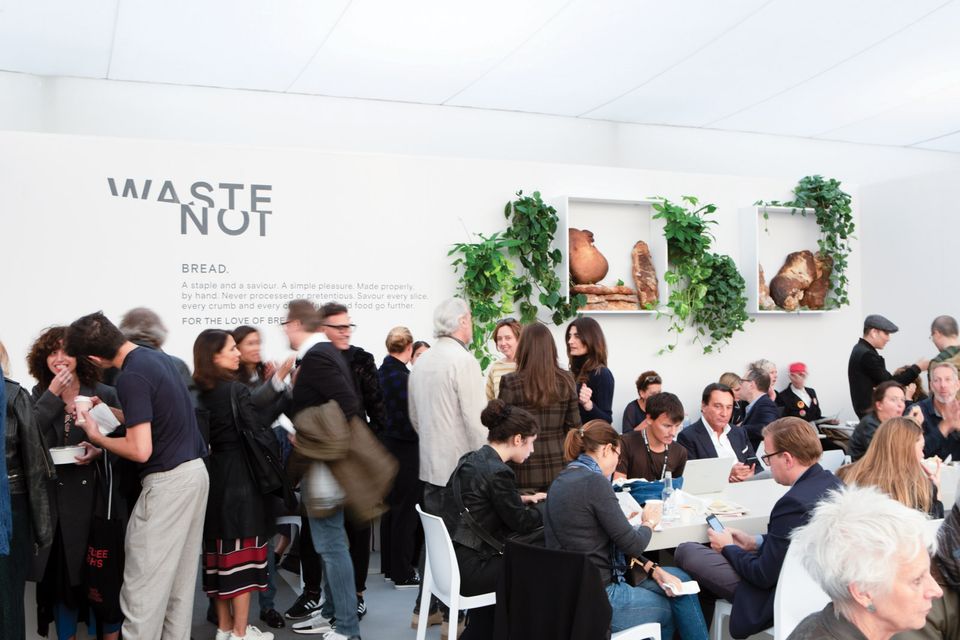 In the art world right now, green is undoubtedly the new black. Visitors to Frieze have the option of substituting a shuttle bus or VIP car for a bracing walk between Frieze Masters and Frieze London, escorted by members of the climate activist group Extinction Rebellion (XR) who are primed to discuss the extent of the environmental crisis with collectors. Inside the fair, representatives of XR’s sister organisation Culture Declares Emergency are selling a print to raise both funds and environmental awareness. Frieze has long prided itself on its eco-credentials, from commissioning a green guide in 2010 to switching to Green D + fuel and a hybrid battery system to reduce emissions, to recycling the materials used to build the tent. This year, even the VIP cards have gone digital.

Expressions of environmental concern can also be heard across the wider art world. The theme of the recently opened Istanbul Biennial is The Seventh Continent—a reference to the vast island of plastic waste floating in our seas as “the ultimate symbol of the Anthropocene, a new geological era in which human activity is wreaking a drastic effect on Earth”. Criticism of arts organisations accepting BP sponsorship rumbles on, and this summer the Tate, which ended its association with the oil and gas company in 2016, declared a climate emergency, pledging “to interrogate our systems, our values and our programmes, and to look for ways to become more adaptive and responsible”. These include a commitment to reduce its carbon footprint by at least 10% by 2023 and switching to a green electricity tariff across all four of its galleries.

Just this week, a wall panel accompanying Kara Walker’s Hyundai Commission for Tate Modern’s Turbine Hall states that her piece Fons Americanus “has been made using an environmentally conscious production process”. The sculptures and structure are made “from recyclable or reusable cork, wood and metal”, and the jesmonite surface is made from “a non-toxic acrylic and cement composite”.

Yet applaudable as these gestures are, their impact on the immediate crisis facing our planet is negligible. As the Amazon burns, the ice caps melt, and climate change denial holds sway under the Trump administration, for the art world to make a difference there needs to be a genuine engagement with the fact that it is also a key part of the problem. This needs to be accompanied by a genuine desire for profound changes in how the business of showing and selling art is conducted.

How would the structure of the international art world—and especially art fairs—function in the face of drastic restrictions in air travel? Or if the only permissible building materials were recycled or recyclable? Or if there was legislation stipulating zero emissions? The art world needs to harness its unique powers of creativity to propose a meaningful new modus operandi and to implement alternative models for a cleaner, greener future. In terms of its world-renowned institutions, and the multitude of powerful collectors, this is a sector with immense economic and political clout.

Whether it is prepared to use it is another matter. Yet if it doesn’t, there may be nothing left to save. As XR’s Will Skeaping puts it: “On our current trajectory of global warming and ecological destruction, civilisation may not survive.” And what value would art hold when we run out of food?

• A panel discussion, organised by Culture Declares, is due to take place at Frieze London, Sunday, 6 October, 12pm