Amid financial adversity, can a US museum association emerge as an innovative leader on deaccessioning? 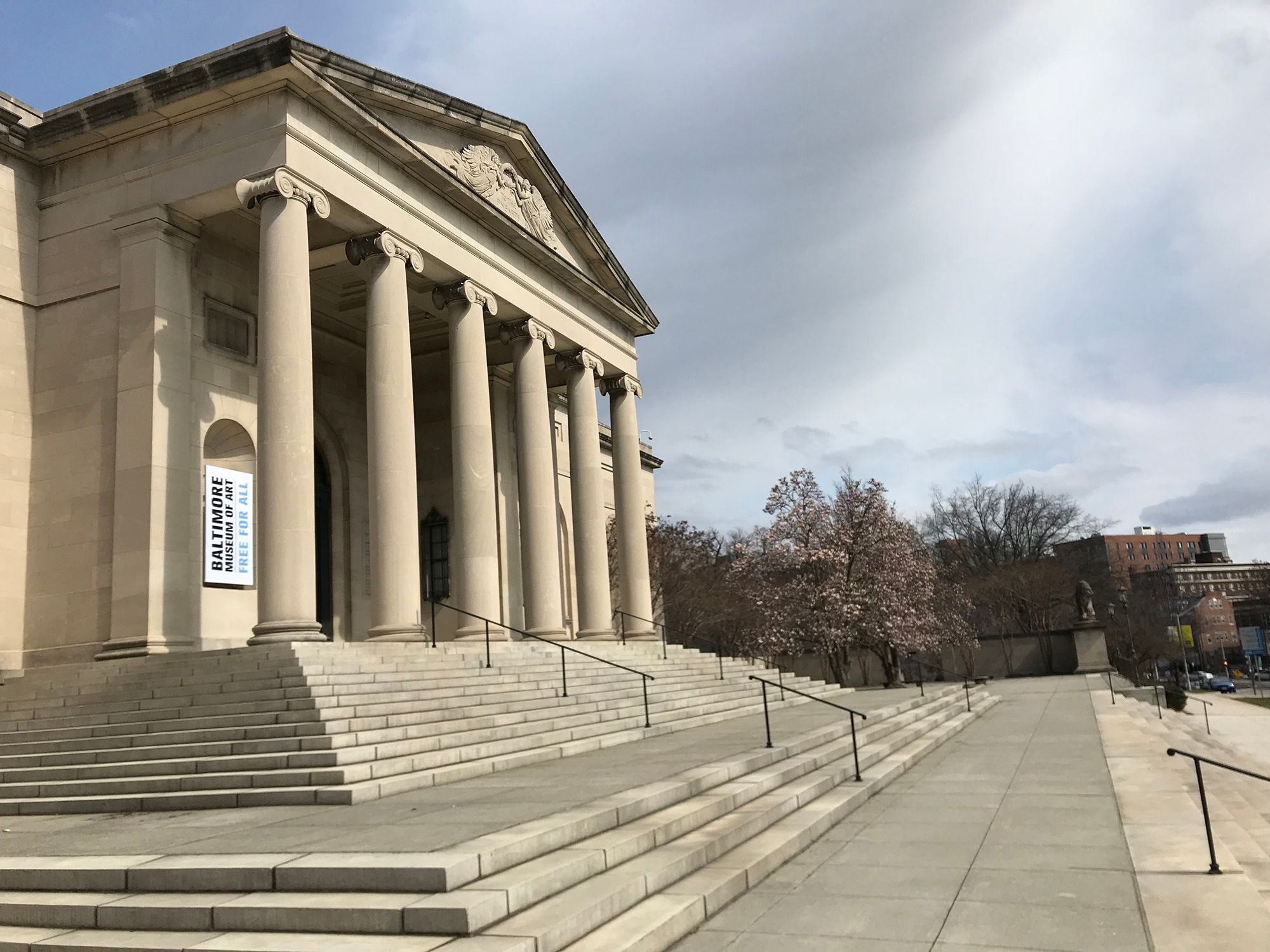 The Baltimore Museum of Art, which has taken an expansive view of the potential uses of proceeds from deaccessioning

A decision by the Association of Art Museum Directors (AAMD) in April 2020 to allow museums to use the proceeds from art sales to finance “direct care” of their collections without fear of sanctions for two years has created a bit of suspense: Will the moratorium on sanctions be allowed to lapse, extended or adopted permanently in April 2022? The temporary policy was enacted to give US museums financial leeway amid the shutdowns precipitated by the Covid-19 pandemic, but even after reopening, institutions are still groping for ways to cover basic expenses.

As April 2022 draws nearer, leaders of the nation’s most prestigious museums have an opportunity to put an end to a divisive debate and position the AAMD as an enlightened leader embracing and reflecting the evolving priorities of its members. The longstanding policy of requiring museums to use the proceeds from deaccessioning solely to buy more art ignored other important priorities and creaks under its own weight and age.

It is time for the AAMD to abandon its voluntarily assumed role of passing judgment upon museums that deviate from standards that have outlived their relevance. It can do this by simply allowing museums to use the proceeds of deaccessioning for direct care of collections­–staff salaries, conservation, programming and myriad other expenses–and recognise the prerogative of museums to define direct care for themselves.

The controversy stretches back to 1993, when the nonprofit Financial Accounting Standards Board (FASB) issued a standard requiring that museums assign values to their collections on their financial statements unless deaccessioning proceeds were used solely for acquisitions. The AAMD rule specifically references and incorporates the language of that standard, making it quite clear that the rule was developed in response to the FASB initiative and not to memorialise a long-standing ethical consideration.

Presumably, the harsh reaction of the museum association to offenders (whether AAMD members or not) who deviated from the rule was premised on the fear that if the practice of using proceeds from art sales to finance other priorities became more pervasive, FASB might be tempted to revisit the standard and eliminate the exception.

That fear was unfounded. In March 2019, over the inscrutable objections of the AAMD, the accounting board issued an update to its standards that actually expanded the exception by adding direct care as an appropriate use of deaccessioning proceeds (expressly aligning itself with the direct care exception adopted in 1994 by the American Alliance of Museums), provided that the museum had a board-approved and publicly available definition of direct care. The FASB bear has been poked, and it is no longer a threat.

For decades, the limitations on the use of deaccessioning proceeds have been clothed in the absolute primacy afforded to collections to the exclusion of museums’ other missions. Cynics might conclude that the standard was never about collections at all but about perpetuating a lack of transparency that might result in less public financial support if the value of collections were known. That was consistent with the peremptory belief that the way in which a museum sets its mission and priorities–and the role of collections in that pursuit –might be better left in the hands of executive directors rather than the boards of trustees vested with the duty to act in the best interest of museums and the communities they serve.

For decades, the limitations on the use of deaccessioning proceeds have been housed in the silo of ethics. Unquestionably, preserving the objects entrusted to museums’ care is ethical. But isn’t it also ethical to pay employees an equitable living wage, to support programming that contributes to social justice and to keep doors open for the benefit of the communities that museums serve in all sorts of ways beyond owning objects?

The very existence of the AAMD’s two-year moratorium belies the notion that this is a matter of ethics. Ethics inform our conduct as individuals and institutions under difficult circumstances, not just easy ones. There is no great virtue in behaving ethically when there is no cost, no hardship. True ethics will test us when it’s hard, as in a pandemic. In this case, the “ethical rule” was put on hold within a month of the shutdowns of museums across the US.

As it considers its action, the AAMD should avoid the temptation to try to define and/or police the meaning of direct care. It would signal a trust and confidence in museums, their professional leadership and their boards of trustees to act in the best interest of their institutions and the communities to which they are responsible. Of course, it will not be unexpected to see museums weigh priorities and perhaps develop expansive definitions of direct care, as the Baltimore Museum of Art did. Why should ensuring a collection’s broad accessibility to diverse audiences not be an appropriate element of direct care? Why should the AAMD presume to make that decision for each and every museum?

In his keynote address in March at a symposium on deaccessioning at Syracuse University. Christopher Bedford, executive director of the Baltimore Museum of Art, put it this way:

Museums exist to serve their collections only in so far as those collections serve the needs and interests of their communities in the broadest and most diverse definition. Museums are community resources, they are not membership clubs. Therefore, to reach and serve all communities, not just those in an historically established space of privilege, it is an imperative of the present to reckon with the inequities of the past and the institutional systems that uphold those inequities. No aspect of these systems should be exempt from that analysis, so then it follows that collections and the policies that govern their maintenance must be subjected to the same value-based scrutiny.

What are the implications at the end of the AAMD’s two-year moratorium? If the world as we know it hasn’t ended, the conclusion may be that the world hasn’t ended. That is, museums will have discovered that the flexibility afforded by the ability to stretch the definition of direct care beyond prior thinking, allowing the proceeds from art sales to backfill deficits and fund important initiatives, has not been the calamity some had predicted. In fact, it will be a good thing.

The financial threat to museums posed by the pandemic, its devastating effect on staff and the urgent call for museums to be more engaged in the fight for racial equity and pay their employees a living wage have prompted a long overdue examination of the role of these institutions and their collections. To paraphrase Bob Dylan, there is a battle raging outside. The times are most assuredly changing, and the AAMD must decide whether it wants to lend a hand or block up the hall. The association faces a decision that could well determine its relevance in a rapidly changing world and in a museum community that has, in many ways, already moved on.

Mark S. Gold is a partner in the law firm of Smith Green & Gold in Pittsfield, Massachusetts. He was legal counsel to the Berkshire Museum and the Everson Museum of Art in their recent deaccessionings and is co-editor of Collections and Deaccessioning in a Post-Pandemic World, a three-volume collection published by MuseumsEtc in March.