Could the joint win sound the death knell for the Turner Prize?

Lawrence Abu Hamdan, Helen Cammock, Oscar Murillo and Tai Shani's decision to share the prize reflects the collective nature of their work, but how this could impact the award remains to be seen 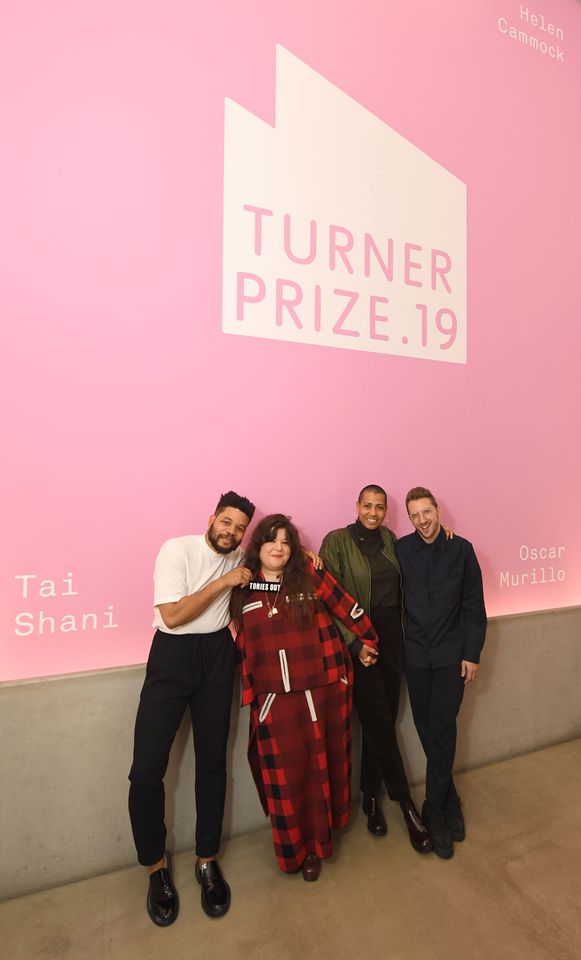 There were cheers and a standing ovation at last night’s Turner Prize Awards dinner when Vogue editor-in-chief Edward Enninful announced that this year’s Turner Prize had been awarded jointly to all four shortlisted artists, who, “in a time of political division in Britain and conflict in much of the world, wanted to use the occasion of the Turner Prize to make a strong statement of community and solidarity.”

For the first time in the prize’s 35-year history, the four nominees Lawrence Abu Hamdan, Helen Cammock, Oscar Murillo and Tai Shani chose to create a collective and then, in a joint letter requested the jury to pick not one winner, but four. In what was apparently a unanimous decision, the jury complied, not only praising the artists for “their commitment to the collective power of art” but going so far as to declare that they were “honoured to be supporting this bold statement of solidarity and collaboration in these divided times.”

So now that the artists have effectively taken over the Turner Prize does this sound its death knell? Ever since it was first established in 1984 the award has invited debate not only around the art that it selects but also around its very existence. It has long been acknowledged that picking winners and losers amongst often very diverse art practices and the glare of publicity that the Turner Prize deliberately courts can be a punishing experience for artists.

Over the years a number of artists—including Sarah Lucas, Julian Opie and Cerith Wyn Evans—have declined an invitation to be on the shortlist; and in 2016, Helen Marten made the decision to undermine the hierarchies imposed by the prize by sharing her winnings of both the Turner Prize and the Hepworth prizes with her fellow nominees. The year before, Theaster Gates did likewise with his £40,000 Artes Mundi Prize.

But while this year’s collective artistic action certainly lays down a gauntlet, it is also particularly appropriate to the work of each of these artists. The shortlisted four had never met before being selected for the Turner Prize and they use very different means to deal with a wide range of social and political issues. But in each case, their work emerges out of multiple voices and takes the form of a participatory practice that does not sit comfortably with the divisive prize format of selecting an individual winner. Whether Shani’s protracted performances emerging out of historical and contemporary texts, Murillo’s multifarious explorations of labour and global displacement, Cammock’s excavations of social histories or Abu Hamdan’s examination of the role of sound in investigating abuses of human rights, these are artists whose individual work relies on the common endeavours of many.

These are artists who each seek, as they put it, “to show a world entangled: the issues we deal with are as inseparable as climate chaos is from capitalism”. In their joint acceptance of the Turner Prize they are not only acting in a way appropriate to this aim but also in deciding to put aside issues of ego and financial gain they send out a strong and positive message of collective solidarity in the face of the divisive, dishonest and hostile environment in which we now find ourselves. How this plays out in future Turner Prizes, who knows?