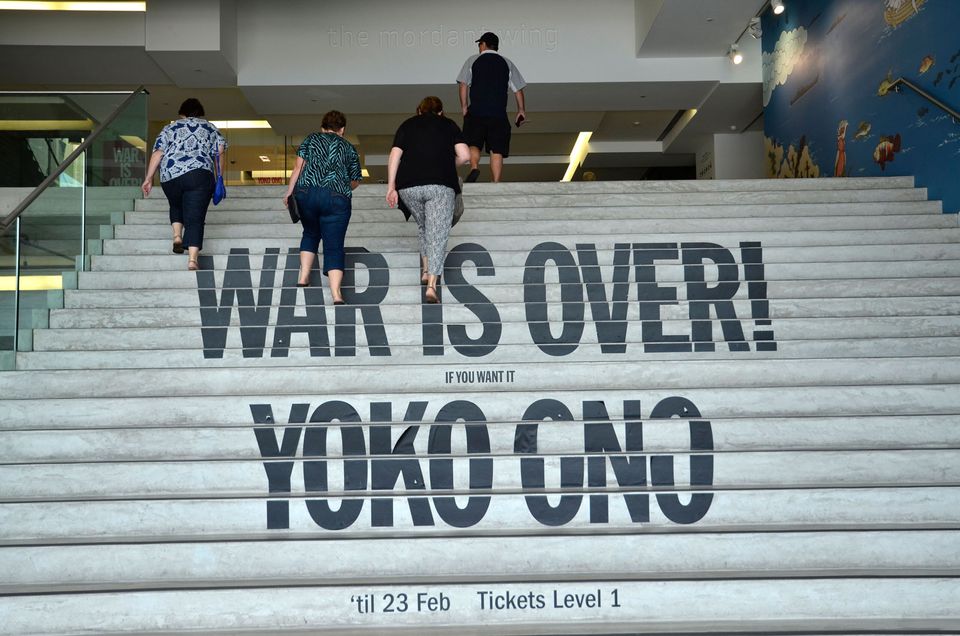 Not many Australian bureaucrats would qualify as art experts but apparently this is no impediment to making pronouncements. And so we have Sandra Chipchase, the chief executive of Destination NSW, telling Sydney’s Museum of Contemporary Art (MCA) that Yoko Ono is “a well-known celebrity” but not much of an artist. It’s a perfect example of that blend of hubris and ignorance that has become so characteristic of the state of New South Wales.

Destination NSW is the government organisation charged with promoting tourism and events. To start dictating who the MCA should or should not be exhibiting is to cross a line that separates funding bodies from museum professionals. The implication is that only those artists who are guaranteed crowd-pullers should be given shows—a policy that would severely limit the field from which curators make their choices. The implicit threat is that Destination NSW will withhold funds if its advice is ignored.

Chipchase seems to have been unaware that Yoko Ono was a well-known artist before she ever met John Lennon. She also underestimated Ono’s pulling power, which compared favourably with most of the MCA’s shows. The final irony is that she doesn’t realise a “celebrity” probably exerts a greater attraction for the general public than an artist who is famous only within the closed world of contemporary art. (Perhaps she should study Andy Warhol’s thoughts on this subject.)

We now know that Ono drew 74,612 visitors, whereas the MCA’s recent survey by the South African photographer, David Goldblatt, drew only 57,296. By Chipchase’s logic, those numbers should earn the MCA a stern rebuke, but in its quality and importance the Goldblatt show was one of the museum’s best ever exhibitions.

Attendances have never been a reliable guide as to the quality of shows because sure-fire attractions may flop while obscure ones become surprise hits. If museums are obliged to choose artists according to predictions of mass popularity, they risk getting the worst of both worlds.

The most disturbing part of Chipchase’s high-handed behaviour is that it mimics the actions and attitudes of the arts minister, Don Harwin, who is still intent on sending the Powerhouse Museum to the suburbs at a cost in excess of AU$1bn, freeing up the existing site for property developers. It’s a move that has been widely criticised as an extravagant waste of money. It threatens a unique collection devoted to the applied arts and sciences, and will drastically reduce attendances.

At the same time, Harwin is imposing an “efficiency dividend” on cultural institutions that fail to reach required audience targets. This means a punitive withdrawal of funds that makes it even less likely those targets will be met in the future. The only funds exempt from the dividend will be those that come from the private sector, thereby increasing the museums’ need to spend a disproportionate amount of time raising revenue—usually at the expense of exhibitions, public programmes and, ultimately, jobs.

A painstaking Upper House Inquiry into Museums and Galleries—179 submissions, 12 sittings, two-and-a-half years in the making—was recently dismissed by Harwin in a few clipped sentences. Such crudely authoritarian gestures have infuriated those who believe major cultural institutions belong to the people of NSW, and that decisions affecting their future should be based on best evidence, not the whims of individuals who shun accountabiity. The future may judge these politicians and bureaucrats harshly, but by then the damage will be beyond repair.

"To clarify matters mentioned in John McDonald’s comment piece; the primary concern raised in the correspondence between Destination NSW (DNSW) and the MCA was the Yoko Ono exhibition’s ability to deliver the required number of international and interstate visitors. Key performance measures are assessed by DNSW in line with the level of investment being requested. The CEO of DNSW Sandra Chipchase, supported the Yoko Ono exhibition and at no stage attempted to veto any curatorial decisions. It should also be noted that DNSW provided support for the recent David Goldblatt exhibition, which the opinion piece references as a great success."