If we want more artists like Khadija Saye, we need to give young BAME people the help they need

Would-be artists from ethnic minorities have it harder than most—which is why a new programme will continue Saye’s inspiring work, says the artist Nicola Green 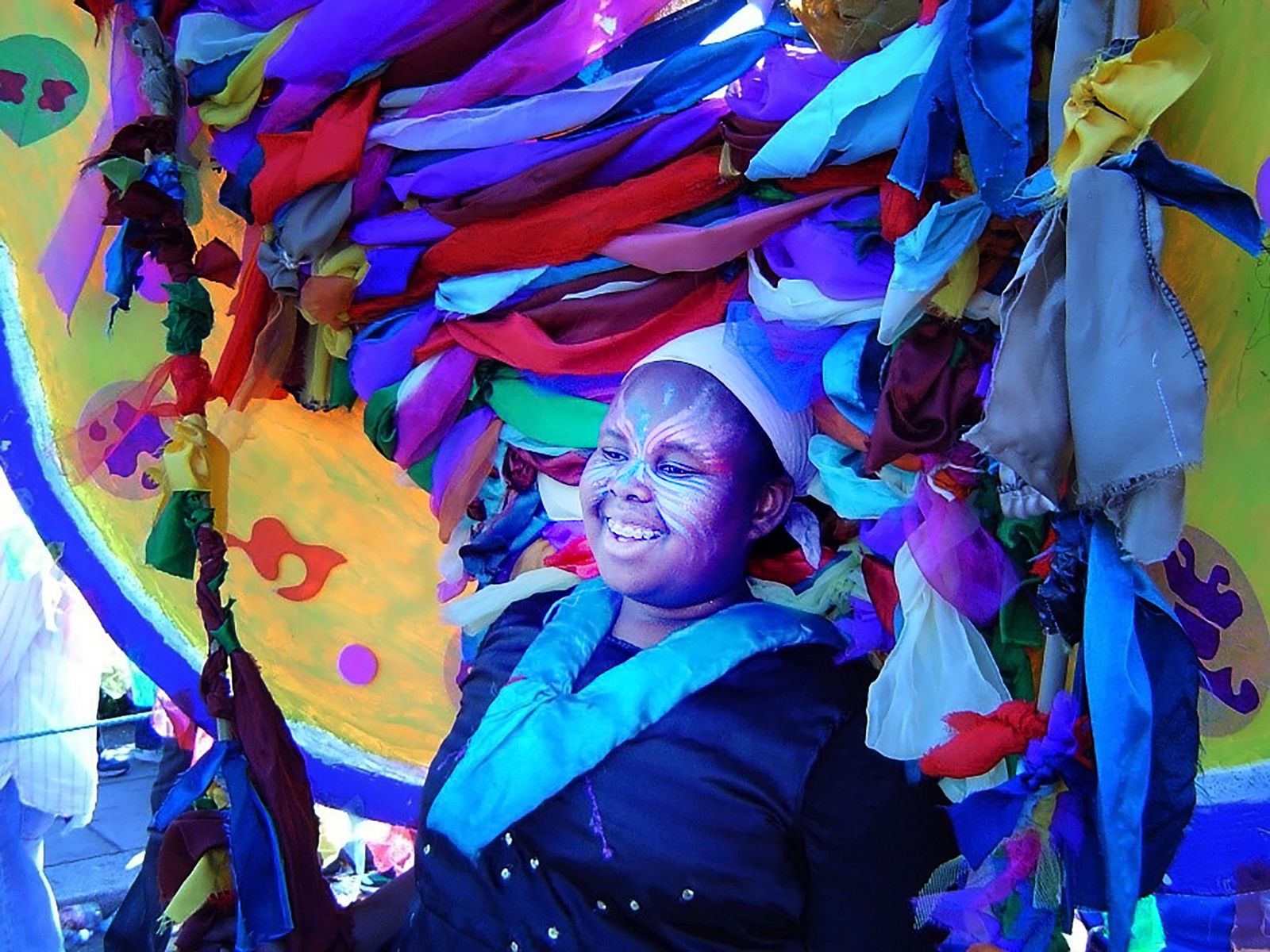 The artist Khadija Saye died in the Grenfell Tower first when she was just 24 Photo: courtesy of IntoUniversity and enhanced by Metro Imaging LTD; taken during the IntoUniversity Carnival Arts programme in 2005

From the age of seven, Khadija Saye would walk every day of the summer holidays to a carnival arts club near Grenfell Tower in west London where she lived. At 23, she was leading workshops herself, teaching photography. Remarkably, she did this while working part time with the elderly as a carer, holding internship positions, engaging ardently in activism, developing extraordinary artworks and taking part in a global exhibition. Thirty-three days into that exhibition—the Diaspora Pavilion at the 2017 Venice Biennale—Khadija died in the fire that tore through Grenfell Tower. She was just 24 years old.

More remarkable still is that she did so much, so young, as a black woman.

I grew up white and middle-class, taking for granted the advantages inherent in my life: my family network, my schools, after-school activities and the many teachers and opportunities I had along the way. I still found it incredibly hard to establish a career in the arts.

I now know it is profoundly harder still for young black, Asian and minority ethnic people. I am in awe of those who succeed—but not enough do. In London, one of the most multicultural places on earth, the art world is still, shamefully, almost completely white.

My education has come through my own work as an artist, my mixed-heritage children, the work of my husband, David Lammy MP and his vocation to Tottenham, and our black extended family. I have received countless approaches from young BAME [Black, Asian, and minority ethnic] people asking for advice. Most often they ask simply whether I can help them persuade their parents and teachers to let them pursue creative subjects at school and onwards into further education and careers.

I met Khadija Saye in 2014. I was a judge for the Discerning Eye exhibition and had selected her work. She then worked with me at my studio and when the curator David Bailey and I founded the Diaspora Pavilion, Khadija was one of the artists selected to exhibit her work.

Khadija often spoke of the teaching, inspiration and support she received from the carnival arts and homework clubs, run by the charity IntoUniversity. In her life, she focused on educational inequality, looking to a future when a child’s background would not fix their destiny. After her senseless death and with the encouragement of her family, I began working with IntoUniversity to develop The Khadija Saye IntoArts programme, which encourages and supports young BAME people and those from other disadvantaged groups to have careers in the arts.

The programme formally launches today with a public display of Khadija’s work in Westbourne Grove, near Grenfell Tower. It will operate through IntoUniversity’s 31 centres across the UK, providing academic support, mentoring and activities to raise aspiration from age seven upwards.

This kind of support is vital if we are to develop the diverse art world we deserve in the UK. There is a long way to go, but I take inspiration from Khadija’s optimism. She said: “I have this idea of opening doors. When you go to a gallery or museum… you can count the number of people of colour in the room... If I can do it, my friends can do it. If you don’t see yourself represented, I think you can do it.”