The British artist has had a bumpy boom and boost history when it comes to sales, but his ubiquitous brand makes him a safer bet in uncertain times 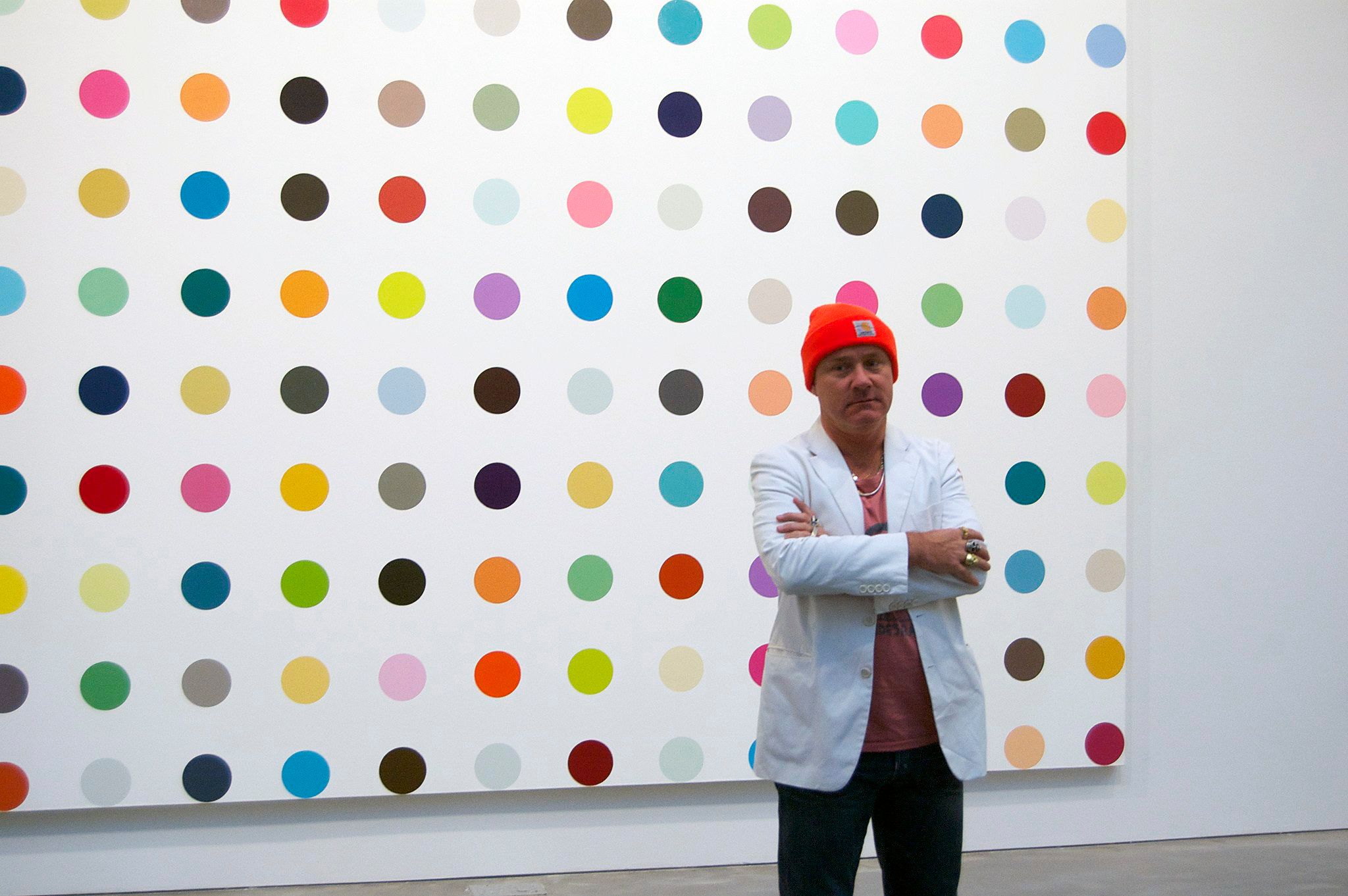 I am spending a lot more time at my desk these days. Sat with me at the moment is a copy of Gregor Muir’s rip-roaring 2009 memoir Lucky Kunst: the Rise and Fall of Young British Art. On its cover, Tracey Emin and Damien Hirst exude Cool Britannia, not quite smiling out of a backdrop of Hirst-inspired spots. All are seemingly consigned to a 1990s London past.

The view from the 2020s is not so clear cut. Emin has pretty much become a national treasure with the dubious advantage of being too-long undervalued on the market. Neither can be said of Hirst, although he is certainly having something of a revival out of tougher times.

Back in 2008, Hirst pushed against the traditional boundaries and took his art directly to auction. He was rewarded financially (to the tune of nearly £100m) but swiftly punished by the market around him. The prevailing wisdom then was that he had sold too much too soon and damaged his reputation with it. As a consequence, fewer works were offered and when they were, they sold for less. Between 2008 and 2009, the value of Hirst’s sales at auction fell 93%, according to the Economist. At the end of March, Hirst’s The Incredible Journey (2008), which sold at his 2008 auction for £1.1m was resold at Sotheby’s for a relatively paltry £570,000. 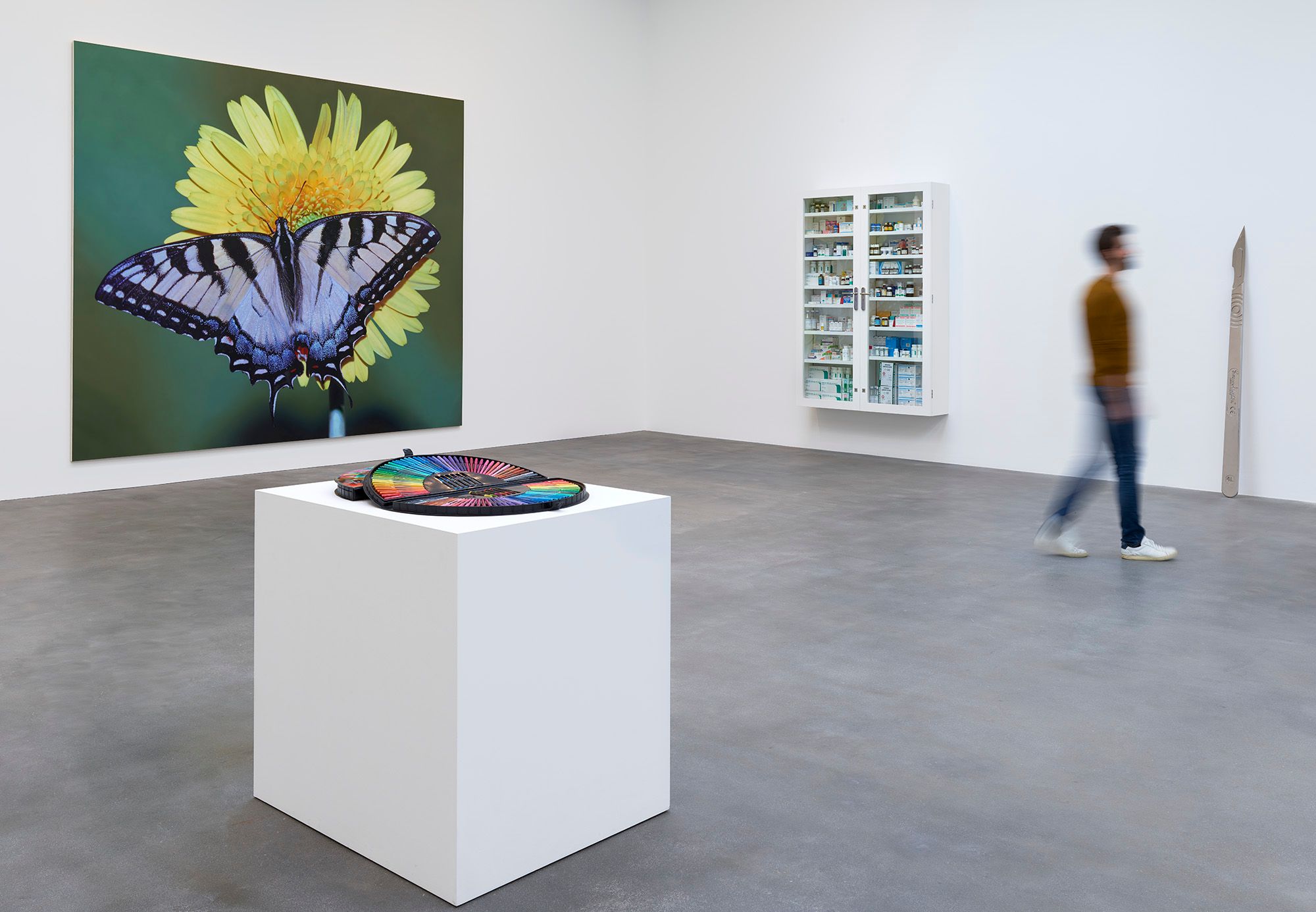 But write off Hirst at your peril. From where I sit today (still at my desk), he is extremely busy. Forthcoming institutional shows are at Rome’s Galleria Borghese in May and the Fondation Cartier in Paris in June. As of yesterday, the artist has taken over Gagosian’s vast gallery in London’s Kings Cross for a year. In March, the artist sold $22.4m-worth of Cherry Blossom prints in six days and at the start of the year had a 40-work exhibition on the ski slopes of St Moritz. Also, natch, Hirst just launched an NFT project.

In the interim, Hirst has been doing just fine. Having sold straight from auction in 2008, he then did the same from his Treasures exhibition in François Pinault’s two-venue show in Venice in 2017. Everything made for these has reportedly found a home. He had a solo exhibition at London’s Tate Modern in 2012 and, more recently, literally ran his own show through his Newport Street Gallery in London. Demand for some of his early works, including the Spot and Spin paintings, apparently outstrips supply. Millicent Wilner, a director at Gagosian gallery, says she gets daily requests for the artist’s old and new works. The only thing still missing, which must rankle, is a major US exhibition—although perhaps a virtual museum show will make up for this soon.

Hirst is arguably over-exposed, over-producing and over-traded again, but in an uncertain world, ubiquity can make for a safer market bet. Plus this time around, circumventing the rules utterly suits the dystopian market we’re in. Of Beeple, the digital artist taking the market and world by storm, Hirst told Cointelegraph magazine (yes, this is what I have to read now): “I love it when something comes along that makes the small minded artworld get its knickers in a twist.” We are certainly all in a spin—I bet he’s smiling now.