LACMA is building an institution for the 21st century

Museums were never “encyclopaedic”—nor should they be, Michael Conforti says 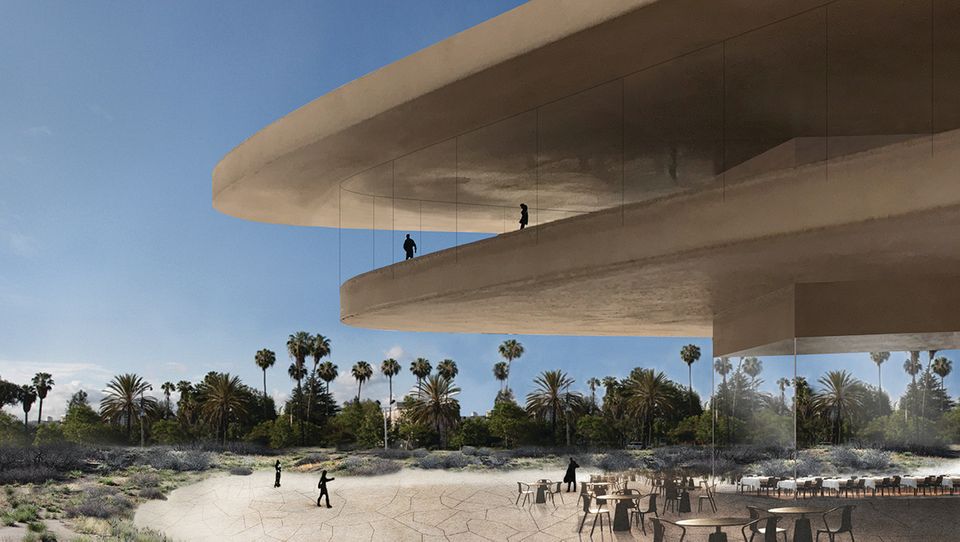 With the county supervisors’ recent decision to green light the Los Angeles County Museum of Art (LACMA) Peter Zumthor-designed building project, it’s worth considering one of the issues that drove so much of the criticism: the ideal—said to be lost in the soon-to-be-transformed institution—of the museum as an “encyclopaedia” of collections, one necessitating a particular form of architecture permanently exhibiting its collection in chronologically sequenced galleries organised by medium and culture.

In the decades after the 1965 opening of LACMA—which separated from the Museum of History, Science and Art in 1961—Los Angeles’s philanthropists joined with a brilliant and ambitious curatorial staff anxious to imitate the depth and quality of European and eastern American museums. The resulting collections are now nothing short of astonishing given the brief period of time. The ability of the architect William Pereira’s design of a three-structure pavilion and water feature to accommodate this growth was manifest early on. In the curatorial enthusiasm for beaux arts post-Modernism in the 1980s, the galleries were walled off from the principal building’s signature courtyard and Hardy Holzman Pfeiffer’s master plan was conceived, albeit only partially built. From that moment, galleries fought with Pereira’s architecture in the interior—and the fight extended outdoors. However amenable the main LACMA court might seem to some, from a design perspective it represents one of the more discordant intersections of architectural styles of any museum in the world.

There have been discussions around whether to preserve the dissonant design in part to reflect the energy of the institution’s meteoric growth, but LACMA’s trustees decided 20 years ago that it did not represent the architectural ambition they had for the county’s principal civic art museum. In the early 2000s, they supported a plan to tear down the east campus and replace it with galleries of seemingly infinite flexibility under a single expansive tent-like enclosure. Commissioned in 2001 and approved in 2004, Rem Koolhaas’s concept was reflective of values still current in the display of museum collections, one that challenged the fixed and traditional historical narrative assumed in most galleries centred around one material or culture. From Tate Britain in the 1990s to the Whitney Museum today and innumerable reinterpretations in between, curators have sought to animate “permanent collections” with an intellectual and visual energy audiences had come to expect from temporary exhibitions. It’s an energy supporting alternative interpretations of art, its history and contexts, linked with the added goal of engaging a new generation of visitors.

One can look at this animation in light of the reality that no museum has ever been an “encyclopaedia” nor ever has reached it corollary ideal of being truly “universal”, itself a much critiqued western museum concept hard to argue for, let alone attain, in our post-colonial age. Indeed, there is a confidence in the expression of the word “encyclopaedia” that fails to reflect the opportunity and serendipity of its application when referencing art museums. Museum collections once represented the inheritance of kings or the spoils of conquest, today their growth is a result of collector generosity and curatorial passion. All museums are a reflection of that reality, the Los Angeles County Museum among them. Even the Metropolitan Museum, large as it is, mirrors 20th-century taste and availability as much as it does an encyclopaedia of art. The Louvre, with its core collection of pre-19th-century western art notably enhanced by early Italian Renaissance paintings and antiquities stolen from Italy during the Napoleonic wars, not long ago chose to balance its share of France’s national patrimony with African material, also from the national collections, aesthetically chosen and elegantly displayed. The government is now considering many of these objects for repatriation to Africa. While the extraordinary national collections of France come as close to an “encyclopaedia” as that of any country or its collective art institutions, they now seem to be less “permanent” than in the past. Challenges to Enlightenment inspired encyclopaedic “universal museums” of the West are many and they are not going away at any point soon.

One hopes that that LACMA’s current patrons, whose gifts of art are essential to the institution’s growth, will continue to support the museum’s collecting ambitions. Larger collections offer greater opportunities for varied curatorial expression. Although those collections will never be encyclopaedic, there are other reasons the museum’s galleries should not be designed towards such an elusive goal. As one looks at the younger generation of audiences digitally primed to express any and all interpretations, forever applying “curate” to any choice they make, there is opportunity for LACMA’s curatorial staff to take back the “curate” term and provide changed and changing perspectives on the collections they oversee. Their expertise is essential to dynamic future programming. A siloed curatorial staff reinforcing static material and single material or culture-centred galleries, however, neither represents the team-centred work environment the next generation has been brought up to expect, nor organises galleries installed to engage them. The early 21st-century art museum, civic and social space that it also is, is designed for a public expecting an equal experience with art, architecture and amenities, a public with little consciousness of the square footage applied to any one of these. Los Angeles is now committed to building such a museum, doing so as it plans other sites for curatorial activity, ones responsive to its special urban condition. This seems appropriate, especially for a place recognised internationally for its innovative approach to all things—cultural institutions among them.