Letter to the editor: the Frick's viewing garden is worth preserving 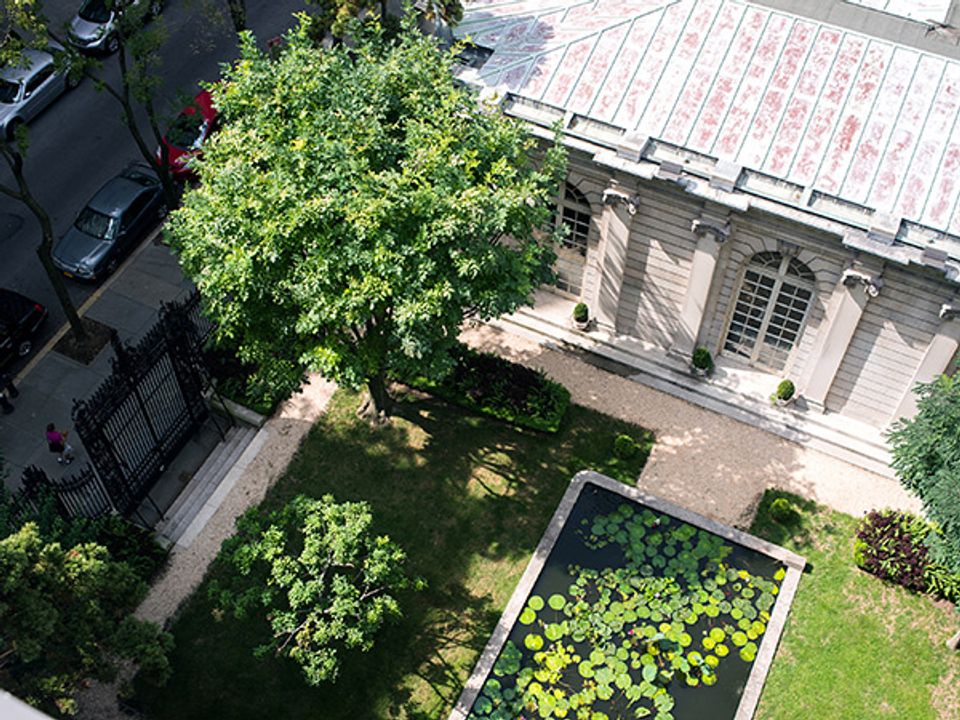 A view of the Frick's 70th Street Garden Navid Baraty, 2014, courtesy of The Cultural Landscape Foundation

The expansion plan put forth in 2014 was jettisoned precisely because it failed to heed that advice, as it would have resulted in the demolition of the viewing garden on East 70th Street designed by the world-renowned British landscape architect Russell Page. The garden is one of his rare extant commissions in the US, the only one in New York City and, according to a 1977 Frick press release, it was intended to be permanent. The proposed demolition was widely condemned.

Consequently, it was unfortunate to read this paragraph: “The museum has performed expensive acrobatics to preserve its small 'viewing garden' enjoyed principally by owners of adjacent co-ops. The garden dates only from 1977. It’s a nice, postage stamp of a garden, but what about the hundreds of acres across Fifth Avenue, you know, the world’s greatest city park? There’s no lack of greenery. Still, keeping it might buy the quiescence of its privileged neighbours.”

This is exactly the sort of dismissiveness and condescension that a) got the Frick in trouble in the first place and b) treats landscape architecture as “parsley around the roast”, as the great Modernist landscape architect Thomas Church once quipped, rather than as an art form. (Perhaps this is a debate worth having in the pages of The Art Newspaper).

Let me close by citing Michael Kimmelman, the New York Times architecture critic, who, writing of the Page garden and the first, failed expansion plan, observed: "Great public places and works of landscape architecture deserve to be treated like great buildings."