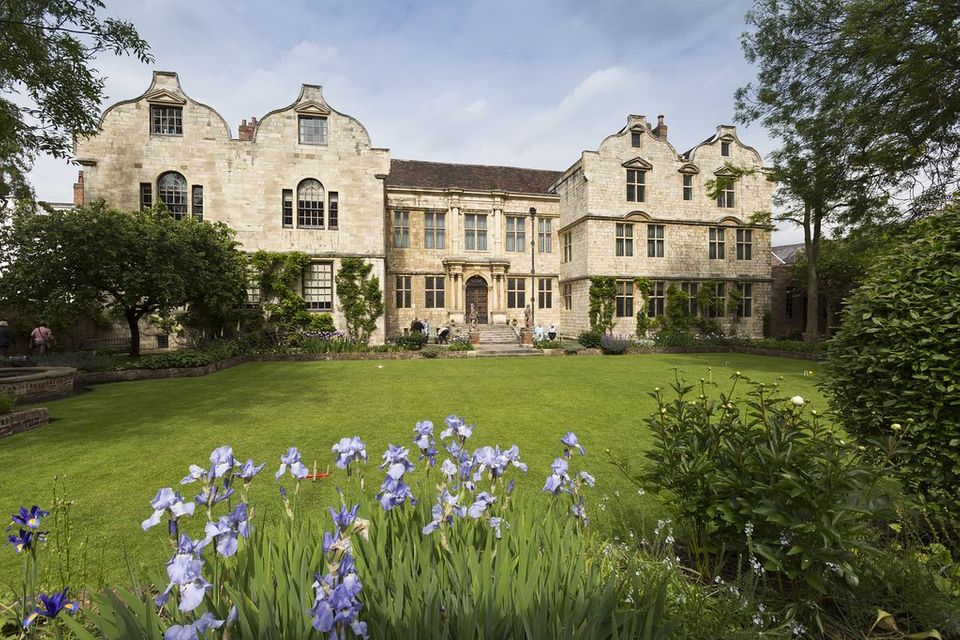 In 1930, the industrialist Frank Green gifted Treasurer’s House in York to the UK National Trust, creating the charity’s first fully furbished property. Green, an eccentric but passionate collector, was determined that the house would remain as he left it, and installed metal studs in the floor to mark precisely where each piece of furniture should be placed. When in 1943 he was visited by the writer and country house expert James Lees-Milne, he was outraged to hear that some items had been moved, warning, “If ever you so much as move one chair leg again, I will haunt you till your dying day.”

One wonders what Green would make of a new document from the National Trust’s Visitor Experience department, entitled “Towards a Ten Year Vision for Places and Experiences”. It proposes a “revolution” in how the trust presents country houses (or as it now refers to them, “mansions”). Describing an “outdated mansion experience”, with exhibitions only serving “niche audiences”, it proposes to “re-purpose” many country houses. The key word used is “differentiation”; instead of the traditional model of houses being regularly open for a broadly similar offering of self-guided tours, the trust will seek “to flex its mansion offer”.

Houses will be grouped into “treasure houses”, “classics”, “high quality public realm”, and “commercial operations”. For treasure houses such as Petworth, visitors might not notice much change. But for what the trust deems to be its less interesting and smaller properties, re-purposing means no longer “preserving and presenting the English country house as a distinctive part of our national heritage”. Instead, they will be used as “public space in service of local audiences”—or, in other words, venues for hire. To cater for this, the document continues, the Trust will be “moving objects or taking them off display where needed to make spaces more flexible and accessible”.

The document has been causing alarm among National Trust staff for some time, but was recently made public, provoking dismay from members. In response, the trust said it was purely an internal document “to provoke discussion”.

Whatever its specific purpose, the language used by such an important department within the trust is revealing, and reflects a dispiritingly corporate view of its country house portfolio. I have also seen other documents which confirm the broad thrust of the Ten Year Vision. A “reset” document sent out by the chief executive Hilary McGrady in late July also talks of “differentiation’”, reducing both opening times and the extent of collections, in addition to stressing that houses will be used as venues for a wider variety of purposes. A new post is even being created, “curator of re-purposing historic houses”. We must hope they are not keen on weddings.

Alongside the new vision, the trust is making some 1,200 staff redundant. The number of curatorial posts will be drastically reduced. According to consultation documents, a third of the central curation and experience team will be made redundant. The trust owns 13,683 paintings - but there will no longer be specialist paintings curators. Nor will there be books, furniture, decorative arts or sculpture curators. I am told of similar reductions at both a regional and house level.

The North gallery of Petworth House, which has been designated a "treasure house" in new documents released by the National Trust National Trust / Andreas von Einsiedel

How the National Trust expects to increase accessibility to its houses with fewer objects on display and fewer curators is not made clear. But the reductions confirm the trust’s ambition, as explicitly set out in the Ten Year Vision, to “dial down” its role as a “major national cultural institution.” Given the depth of the trust’s collections across the regions (the trust manages some 144 accredited museums) it is hard not to see these cuts as one of the most damaging assaults ever seen on the UK’s art historical expertise.

Above all, the “reset” documents provoke despair at the way the trust is treating its staff on a purely human level. In the midst of the pandemic, at a time of frightening uncertainty for many, the trust has arbitrarily “closed” hundreds of posts. Those affected must then compete with each other for a smaller number of jobs. It is needlessly heartless. The trust is officially “consulting” on the job cuts, but since (in the curation & experience department at least) only one proposed new structure has been offered for discussion, it’s a consultation in the same way dictators have elections. And of course, there are no reductions planned in the number of senior executive posts in the curation and experience department. The generals behind the lines will be safe in their chateaux.

The financial pressures faced by the National Trust are undeniable. This year alone they will lose £200m in revenue, with nearly all shops and cafes shut. But does the need to save cash during the temporary Covid crisis require such a precipitous change to the way the trust presents its country houses, or the dismissal of so many staff? Is there room for a more optimistic view? Might vaccines be ready by the spring? Might the economic recovery be quicker than the trust expects? Might even more people want to visit National Trust properties when the crisis is over? And are the finances really so bad that a proposed saving of £0.96m (before redundancy costs) in the curatorial department can make a meaningful difference?

Currently, the National Trust is still benefiting from the Treasury’s furlough scheme and the Bank of England’s emergency lending facilities. I’m told membership subscriptions - which last year provided an income of £243m—have also held up well during the crisis. For the last five years, the trust has run an operating margin of about 20% (£112m last year). As heritage organisations go, it is well off. Over the last ten years, the trust has almost doubled in size. It is wrong that staff are now being made to pay for the management’s profligacy when times were good.

Many staff feel senior management are using the crisis as an excuse to finally transform the National Trust from an organisation whose primary purpose is preservation to one that prefers to deal in entertainment and experiences. The fact that the vision document was written in May, relatively early in the crisis, does little to dispel this suggestion. The trust has also cancelled its AGM this year, meaning the proposals cannot be scrutinised or debated by members.

The National Trust must realise that its most valuable assets are not visions, but its people, its houses and its objects. Treat them badly, and the trust will have more than the ghost of Frank Green to deal with.