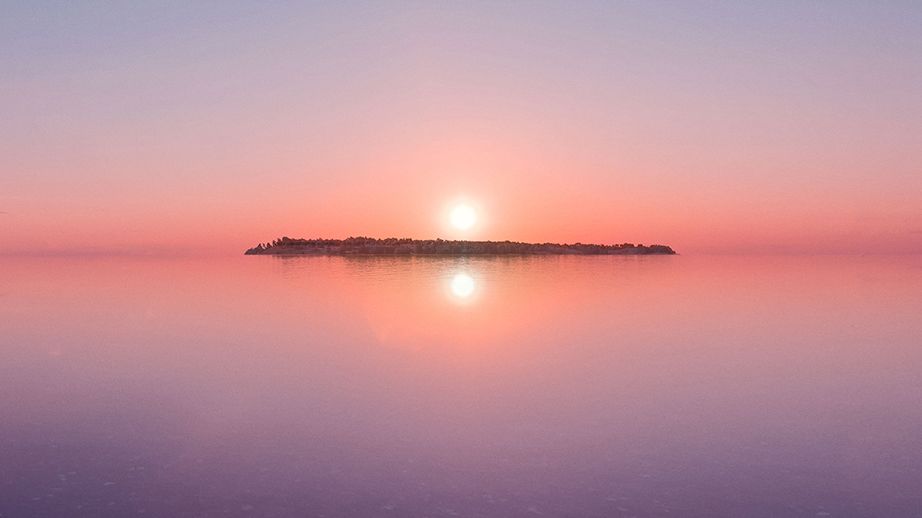 Today, on Vallisaari, an island paradise nestled amidst the Helsinki archipelago, one can stand on a rampart built by the Russian military in 1876. Back then, Russia’s long-range cannons peered out over the Gulf of Finland, ensuring no ship passed. Now it is a bucolic viewpoint for Finnish families on a day out.

This is a place of huge strategic significance; a perfect guard post of the gateway between East and West, Europe and Russia, the last vestiges of democracy before an expanse of authoritarianism.

Vallisaari was built during the Crimean war to ward off the British and French navy. Carved into the landscape today are hulking chambers that stored Russian weaponry, ammunition and ordnance. During the Second World War, the Finnish army reinforced it again. Today, large tracts of the island are out of bounds; they do not know what explosive material may still lie under foot.

If one chartered a boat east from Vallisaari, you would quickly cross the Russian border and arrive in Saint Petersburg, the city ‘built on bones’.

Vallisaari is untamed, wild and beautiful. More than 400 rare plant species flourish here. More than 1,000 species of rare and colourful butterfly dance and flutter through their leaves. Hanging from the rafters of the old navy garrisons, or deep in the darkness of the hidden caves that interweave beneath our feet, are sleeping colonies of endangered bats.

After being left largely to its own devices for decades, the island was opened to the public as recently as 2016. But one must remain on the so-called Alexander’s Trail, named after the Russian Emperor Alexander II, once a visitor to the island. 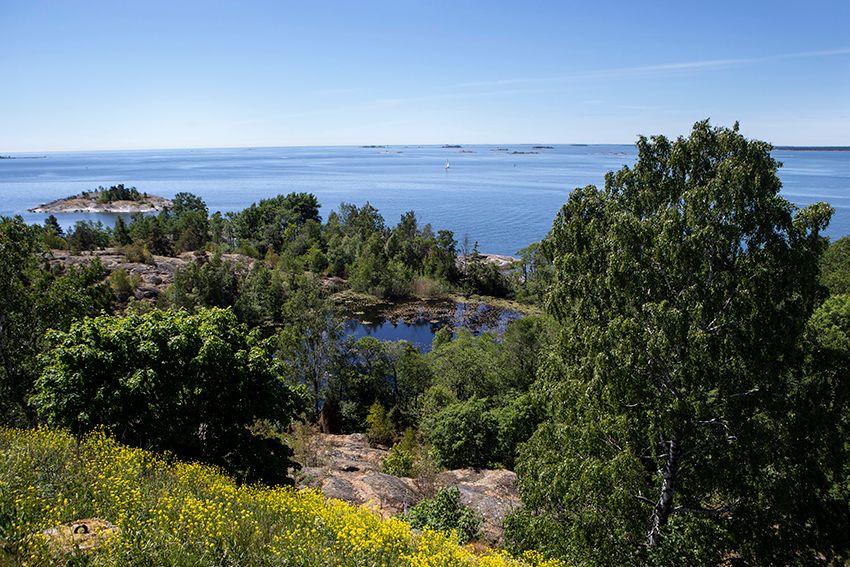 The trail is now the setting for the inaugural Helsinki Biennial. Titled The Same Sea, the biennial is overseen by Pirkko Siitari and Taru Tappola, the head curators of the Helsinki Art Museum. The biennial’s title, the pair write, prompts us to think of “our interconnectedness and mutual dependence, despite our differences.”

The exhibition comprises a fascinating variety of works by 41 artists and collectives. Three-quarters of the works on display are new commissions and are site-specific. Whether it be sculpture, installation, soundscape or video work, the artists eloquently speak to the enigmatic character of Vallisaari; its violent history, its bountiful present, the unknowable and multivalent stories that seem to exist in its depths, and the threats it now faces from the rising sea and the beating sun.

Stepping from the ferry, the first work one sees is Teemu Lehmusruusu’s House of Polypores (2021), a solar powered installation that allows us to listen to the fauna of the island. Lehmusruusu has found a way to convert the sound of decaying and growing matter into organ music via a mycotecture—a structure made of mushrooms. Death, rotting, new life and rebirth; Lehmusruusu’s sculpture is like a 21st-century Renaissance painting. 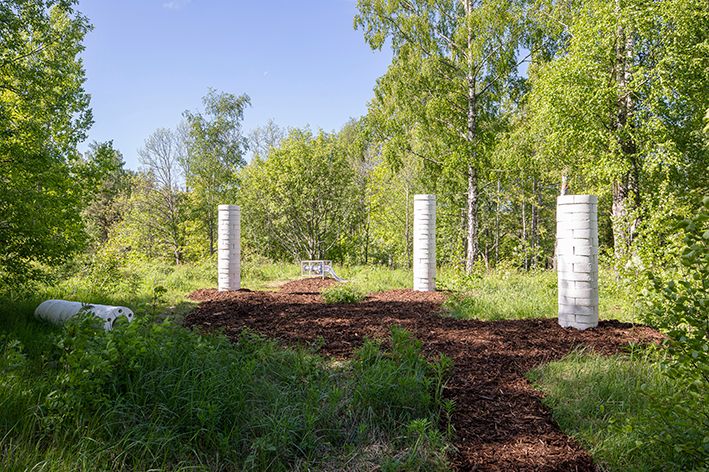 On a rocky shore, we find children delighting in their play around Alicja Kwade’s Pars pro Toto (2018), which translates as “a part of the whole”; a collection of eight monumental yet perfectly spherical natural rocks scattered to mimic the planets of a solar system. The title “expresses how the same structures are found repeatedly, from atoms to galaxies,” Siitari and Tappola write.

Climbing to a viewpoint, we find Tadashi Kawamata’s Vallisaari Lighthouse (2021), a tower built from scrap lumber found on the island, upon which a light beams. But yet it is built like an elevator shaft, bringing attention to the discreet entrance to one of the many caves and passageways that secretly link the island. 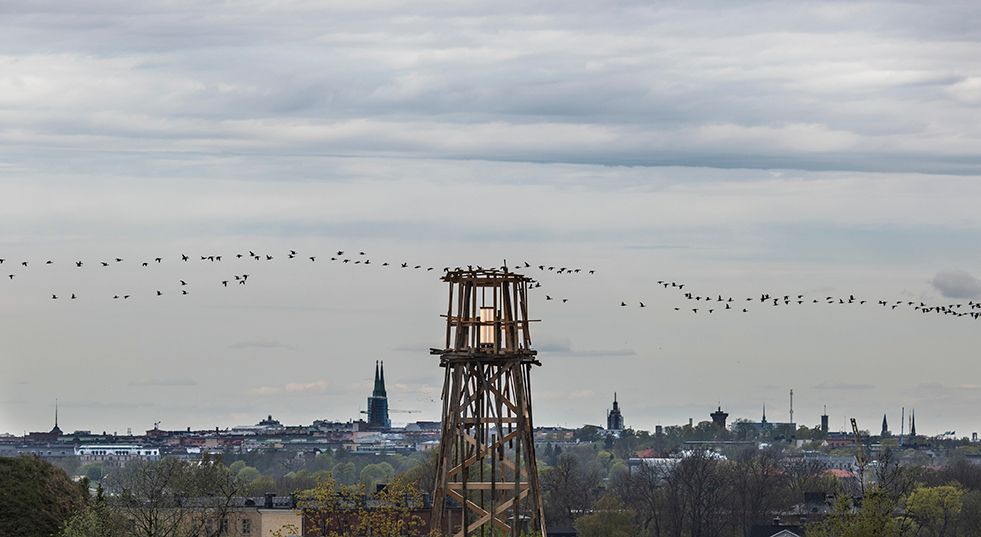 On Suomenlinna, a neighbouring island and a Unesco World Heritage Site, we find a group show by Koon Yeewan, the chairperson of the Fine Arts Department at the University of Hong Kong and co-curator of the 2018 edition of the Gwangju Biennial.

Yeewan has brought together five Modern artists connected to Hong Kong, each of which are responding to the modern quandary of the quasi-autonomous Chinese “special administrative region.”

The show, pointedly titled So Long, Thanks Again For The Fish, shows the work of Christopher K. Ho, Lam Tung-pang, Cédric Maridet and Angela Su and Luke Ching, who fills an old vaulted hall with his Region of Failed Flags, scores of fluttering flags created from designs rejected by the Chinese authorities when modern Hong Kong was first established in 1997. The sound artist Maridet, meanwhile, spent ten months of covid-enforced lockdown in Colorado recording slogans from protests around the world. Maridet analysed each verbal expression of change as if they were single notes in an orchestra, displaying them here on a colour-coded grid, turning the anarchy and chaos of a protest into distinct and trackable wavelengths and frequencies.

The biennial runs until 26 September and is free to visit, beyond the few euros it costs to catch the ferry from Helsinki, a city which boasts leading art galleries. After the island, one can visit the Helsinki Art Museum, which currently has on show an exhibition of Katharina Grosse’s 30-metre high canvases on which are printed photographs layered with explosions of colour. Then there’s Amos Rex, a gallery built beneath the city centre, which will soon open a huge solo show dedicated to Bill Viola. The Finnish Museum of Photography, meanwhile, is showing an exhibition of the young Stanley Kubrick’s still photography, taken for Life magazine before he discovered feature filmmaking.

It is a heady, exciting mix for such a nascent enterprise - a new template, perhaps, for a modern arts festival.