Self-censoring museums have to be braver

New guidance from the Index on Censorship will help museums and galleries to make decisions about presenting controversial material. The group’s legal guidance for arts organisations, which is due to be published today (24 July), will set out what is lawfully permissible, although there will still be grey areas that will provide plenty of scope for conflicting opinion. This can mean disagreements with the police, which is uncomfortable for public institutions. And whatever the law says, arts organisations can be subject to public protest, sometimes in ways that endanger safety.

History and art can be battlegrounds of cultural identity and public sensitivity, which can lead museums and galleries to self-censor. After the Charlie Hebdo terrorist attacks in Paris in January, security fears led London’s Victoria and Albert Museum to remove an image of the prophet Muhammad from its website. This, according to a spokesperson, was “based on a decision made by our security team, as our priority has to be to protect our visitors, staff, buildings and collections”. In a separate incident, the museum removed online records of three pictures by the convicted paedophile Graham Ovenden, “as the people depicted in the works may have been directly connected to [his] crimes”. The Tate also removed images of most of its works by Ovenden from its website, saying: “It would not be possible to establish whether such a connection exists, and the works therefore remain unavailable to view online” (although they can be viewed in Tate Britain’s Prints and Drawings Room).

Organisations that present controversial material can get into hot water. In 2009, the police told the Tate that it was likely to be prosecuted if it did not remove a reinterpretation by Richard Prince of a nude image of Brooke Shields, taken when she was a child. (The work had previously been shown at the Solomon R. Guggenheim Museum, New York, without any problems.) In March this year, the director and two senior staff of the Museum of Contemporary Art in Barcelona resigned or were dismissed because of the controversy surrounding the display of a sculpture representing a Bolivian activist and a dog having sex with King Juan Carlos.

Last September, the Barbican in London cancelled Exhibit B, a performance featuring largely motionless black actors in a “human zoo”. The artist, Brett Bailey (who is a white South African), intended the show to be anti-colonial, but many perceived it as racist. The police advised closure after protests threatened the safety of visitors to the Barbican’s atmospheric but cramped off-site venue beneath Waterloo station. Louise Jeffries, the Barbican’s director of arts, regrets agreeing to cancel the show, but says that it is difficult to act against police advice. “Our backs were against the wall… what if we had overturned that decision and someone got hurt? We would have been in a very difficult position,” she says. 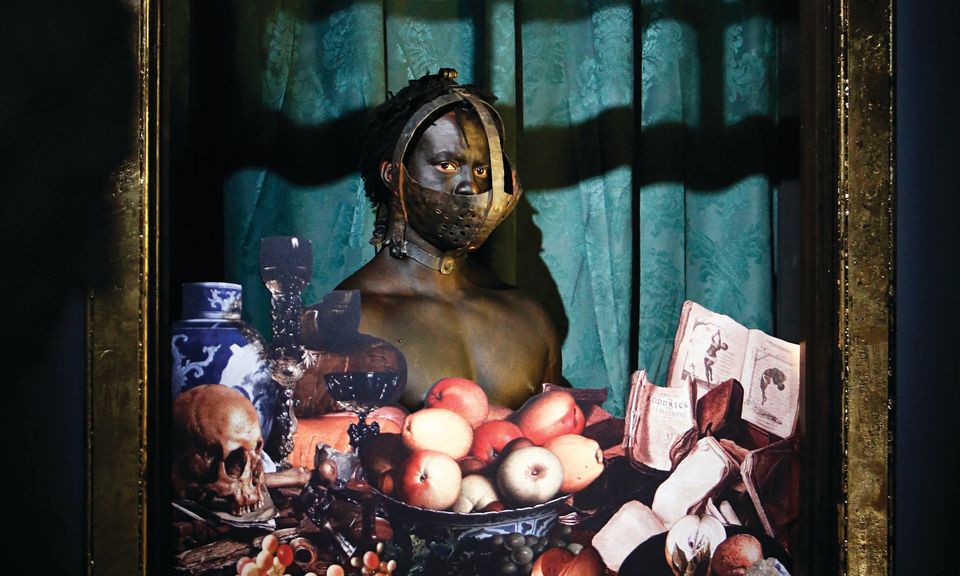 Brett Bailey’s Exhibit B: Civilising The Natives No 2 (detail) was cancelled by the Barbican in London last year © Murdo MacLeod

There is political concern that cultural organisations might be self-censoring more than is necessary. In March, Maria Miller, the former secretary of state for culture, hosted a meeting exploring how artistic freedom of expression could be protected when threatened with protest. Julia Farrington, an organiser of the meeting and Index on Censorship’s associate arts producer, says: “We are looking at a level of self-censorship that means we are losing out… something absolutely has to change to keep both protest and contested artistic expression alive.”

Importance of speaking out

Farrington is overseeing Index on Censorship’s new guidance, which is intended to help cultural organisations understand their rights and responsibilities. People who train for jobs in the media study media law, whereas “we churn out curators and producers with no understanding of rights and law”, Farrington says. She identifies five main areas in which the law can conflict with artistic freedom of expression and be “contested and unclear”: public order, child protection, obscenity, racial and religious hatred and counter-terrorism.

An indication of the kind of day-to-day self-censorship taking place in some museums is given by Richard de Peyer, who used to manage Wycombe Museum in Buckinghamshire. He wanted to explore the tensions facing local Pakistanis, who make up around 15% of the population. The museum’s collection included two local posters produced by Al Muhajiroun (now a proscribed terrorist organisation). One urges people not to vote, the other is homophobic. He proposed to display them as “reflections on tensions between the Muslim community and the British state”.

The museum is run by local government, and De Peyer’s nervous managers told him not to display the posters, because “they did not feel it would be acceptable politically”. He is sceptical about their feeble-mindedness. “There was no real knowledge behind that statement… displaying something does not mean that the museum approves of it,” he says. He believes that, contrary to the assumptions of “risk-averse middle managers covering their backs”, local politicians would have supported him.

Thirteen leading museum bloggers joined forces to criticise museums for not doing more to respond to racial violence in Ferguson, Missouri, where rioting began last summer, and other US cities. This led to the Twitter hashtag #museumsrespondtoferguson, with one user alleging that many US museum staff find it “easier to care for a temple than build a forum”. In March, the Missouri History Museum in St Louis was criticised for scrapping a discussion forum intended to bring together speakers on Ferguson, Palestine and Ayotzinapa, Mexico, where 43 students disappeared, presumed killed, after a clash with police last September. The knee-jerk cancellation appears to have happened because of pressure from local Jewish groups that objected to the inclusion of Palestine on the agenda.

Some museums are bolder. In 2010, London’s Ben Uri museum of Jewish art caused what the Jewish Chronicle called a “furious reaction” when it staged a show on 20th-century representations of the crucifixion. David Glasser, now the museum’s chief executive, faced demands from some former supporters to censor the show because, they argued, the image of the crucifixion “has been the incitement for 2,000 years of Christian persecution of Jews”, as one contributor to the Chronicle put it. Glasser says that “oceans of bloodshed have been caused in the name of the crucifixion. But does that mean that a museum, particularly a Jewish museum, has to have taboos, subjects that it will not address? Should we address sensitive issues in the community? Yes.”

The crucifixion show was organised by Nathaniel Hepburn. He originally created it for Mascalls Gallery in Kent, where, he recalls “it didn’t seem anything other than art-historical”. But at Ben Uri, “we got all sorts of stick”.

Hepburn recently became the director of Ditchling Museum of Art and Craft, which features work by Eric Gill. He is uncomfortable that the museum fails to discuss publicly Gill’s disturbing personality. The artist’s sexual activity has been well-known since Fiona Macarthy’s 1989 biography, which revealed Gill to have committed incest, paedophilia and bestiality. Ditchling Museum merely says: “Controversy and debate were part of Gill’s day-to-day life… and they continue to be part of the artist’s legacy”—which could mean just about anything.

Hepburn is considering how the museum could present Gill’s life more fully. “The current climate makes it very difficult to talk about paedophilia without the risk of being sensationalised in the media,” he says. “We want a thoughtful approach.” He thinks that the first step should be discussion and is planning to host a seminar. “It’s our duty to engage with the issues, and afterwards, we should feel braver about presenting those stories. The current display is timid, partly because we haven’t finished the internal thinking process yet,” he says.

Like the media, museums and galleries could push at the edges of the law, or at least question the police’s advice. There is an increasing amount of advice to help them act as more than temples to art and history. In addition to Index on Censorship’s new guidance, the International Coalition of Sites of Conscience produces “dialogue guides” to help museums act as a forum for addressing difficult contemporary events such as Charlie Hebdo. The UK’s What Next? group of cultural-sector practitioners is planning to support groups facing ethical quandaries and reputational risk. In the US, the National Coalition Against Censorship publishes advice on tackling controversy.

Louise Jeffries observes, however, that no one can plan for every eventuality. The intensity of the Exhibit B protests “went beyond anything that you could prepare yourself for”. And, she says, adverse public reaction “often comes up when you least expect it”. To try to avoid offence is pointless. As the comedian Frankie Boyle observes: “The sheer range of opinion on this planet means you can’t be inoffensive.”