The mirage of riches in museums’ vaults

Putting aside museum ethics, Martin Gammon looks at the financial viability of museums deaccessioning their collection as a quick fix for financial trouble 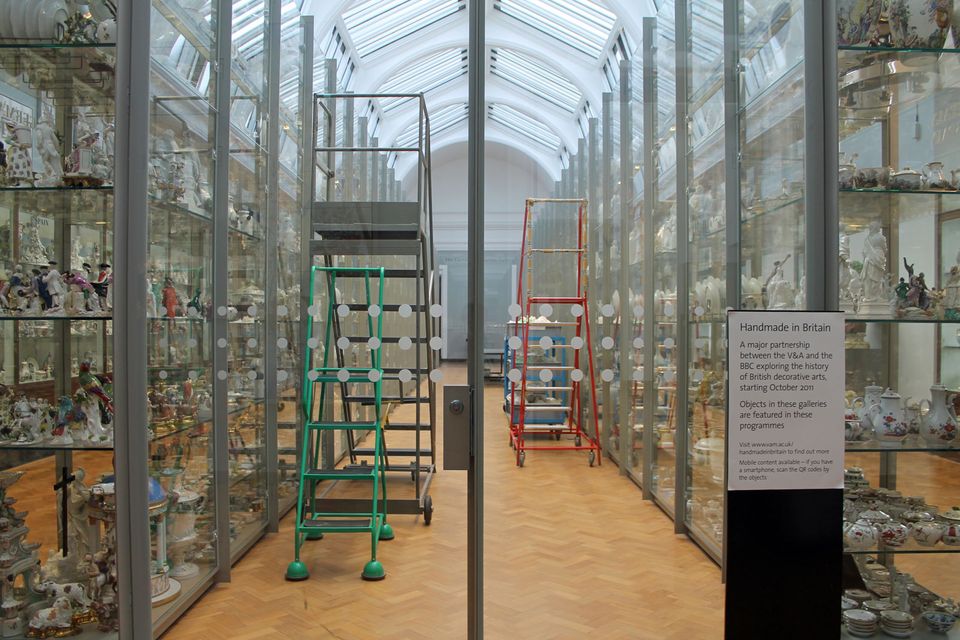 The recent debate over deaccessioning by the Berkshire Museum in Massachusetts has led some to conjecture that such sales might easily solve the scourge of museum admission fees. Michael O’Hare, a professor of public policy at the University of California, Berkeley, boldly asserted in the San Francisco Chronicle that museums “should sell works in storage to avoid raising admission fees”. O’Hare insists that there is an enormous windfall residing in the 90% of collections at most museums that languish in storage and which could be readily disposed of or redeployed. “I have estimated, by triangulation from a couple of cases in which museums did value their collections, the monetary value of the collection of one of my favourite museums, the Art Institute of Chicago [AIC]: it’s around $35bn,” he says.

O’Hare asserts that this valuation came about through a “triangulation” from the competing appraisals of the Detroit Institute of Arts’ collection during bankruptcy proceedings and an anonymous valuation of the holdings at the Berkeley Art Museum. O’Hare goes on to suggest that, given this enormous windfall, selling the mere bottom 1% of the AIC’s collection would generate an unencumbered cash infusion of around $350m in endowment funds, which could then pay for free admission to the institution in perpetuity on interest payments alone.

Putting aside museum ethics for a moment, let’s consider the cogency of some of O’Hare’s financial assumptions. The current director and chief registrar of the Berkeley Art Museum are unaware of any comprehensive valuation of their collection ever having been produced. As for the Detroit Institute of Arts’ collection, there were several competing attempts to place a value on it. In 2013, despite the protestations of the museum’s trustees, Christie’s agreed to value a small subset of 2,773 objects that were acquired by museum purchase at an aggregate valuation of $454m to $867m. This represented only 5% of the collection by object, given that the rest had been bequeathed and may have had donor restrictions and other encumbrances.

That does not mean, however, that one can simply multiply Christie’s figure by 20 and ascertain an aggregate value for the whole collection, in that 90% of the value actually resides in less than 5% of the collection. Christie’s also found that 75% of its appraised value of purchased works resided in just 11 major works of art, and the rest quickly descended into the low three figures, creating enormous discrepancies across the spectrum of works and illustrating the weakness of using this particular sliver of the collection as a benchmark for its total value.

A subsequent appraisal of the collection by Artvest placed an aggregate valuation of $2.7bn to $4.6bn on the total of 66,000 objects, but noted presciently that the headwinds from donors’ lawsuits, market weakness in some categories, the effect of flooding the market and the notoriety of destroying a venerable museum collection would be likely to yield, in practical terms, a much more modest return in the range of $850m (at the top end of the auction house’s valuation of the mere 5% of purchased works alone).

A final, competing appraisal by Victor Wiener Associates was commissioned at the behest of one of the bond holders, who stood to lose hundreds of millions of dollars in the looming bankruptcy process. After a two-week review, it placed the aggregate value at $8.5bn, without countenancing any of these countervailing market effects if the works were actually sold.

It would seem, then, that O’Hare’s “triangulation” postulate involves, in part, the simple extrapolation of this most optimistic valuation ($8.5bn; 66,000 objects) to the AIC’s larger object count (260,000), yielding the tidy figure of around $33.5bn.

So, if the AIC were to take the unfathomable step of liquidating its entire collection, could it truly expect a $35bn windfall? Absolutely not, for the manifold reasons that Artvest and others have outlined. Another significant problem with using these valuations as a rationale for administrative action resides in an insufficient recognition of the market forces that affect auction prices and the role that museum collections play in guaranteeing scarcity.

The $450m price achieved by Leonardo’s Salvator Mundi, touted as the “last” painting by the artist in private hands, rested firmly on the proposition that the other 15 in public collections would remain there in perpetuity. If museums broadly adopted O’Hare’s gambit and sought to cash in on their purported riches, they would paradoxically trigger a catastrophic collapse of the markets that served as the inducement for this course of action in the first place.

But what of the more modest proposal, of segregating the bottom 1% of the professed value of the AIC’s collection and gleaning a tidy $350m for an endowment to keep admissions free forever? Well, if it turns out that the true “liquidation value” of the collection is in fact closer to $3bn to $5bn, then this 1% target would yield, at most, $30m to $50m. As the appraisal by Christie’s of the Detroit collection illustrates, the vast majority of market value resides in just a handful of major works, most of which are on display. The bottom 1% is almost certainly freighted with low-value works that are, candidly, almost impossible to sell.

Any such transaction would be an enormous loss-leader for such an institution, given the costs of administrative oversight. Any deaccessioning must involve extensive research to determine any donor restrictions or to secure approvals from living heirs, and this is a time-consuming process. Institutions would also be obliged to pay the fixed costs of auction transactions.

For these reasons, some museums have recently concluded that any prudent campaign to reduce some excess in storage would actually cost more than they could ever expect to garner in return in the marketplace. The notion that museums could simply liquidate the bottom 1% of their collections for a cash windfall that would solve most fiduciary challenges is simply a canard.

• Martin Gammon is the founder and president of Pergamon Art Group and the author of the forthcoming Deaccessioning and its Discontents: a Critical History (MIT Press, May 2018)