‘The newly empty plinths are all potential Fourth Plinths’ 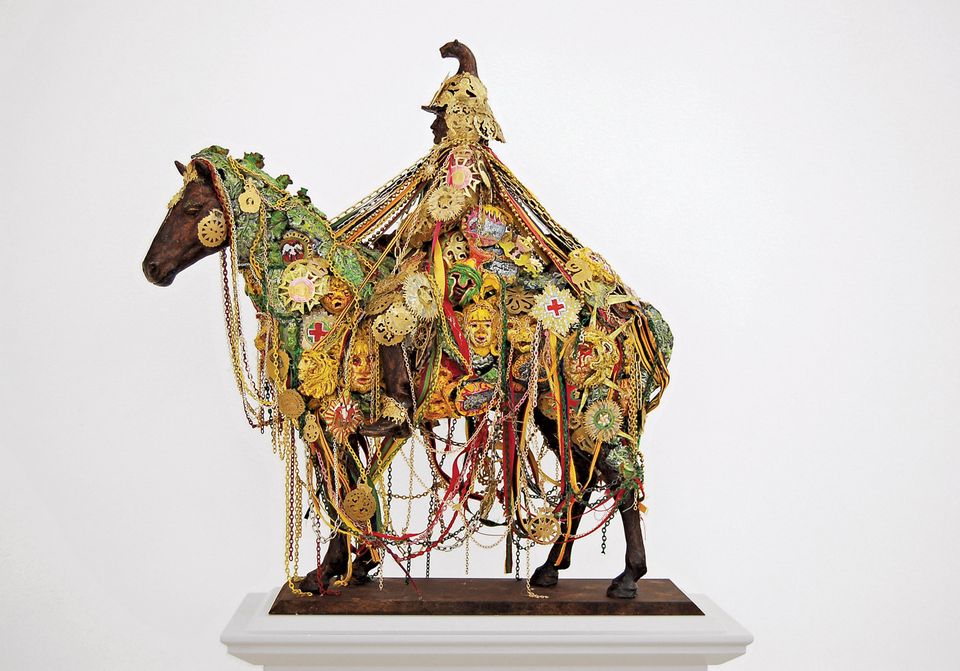 I first started looking at Victorian statues around 12 years ago, but I have been thinking about them much longer than that. I’m full of respect for the top-notch academic sculptors who made these statues.

I proposed actual statue-dressing, but realised I would never be allowed to do that, so my “impossible proposals” became the work. For a project in Bristol ten years ago, I took photographs of statues that I printed large scale and then decorated.

They included Edward Colston [1636-1721], who is a very divisive figure in the city. He was a slave trader but he was also a philanthropist and the founding father of Bristol. There is a Colston bun, a Colston Tower, and there was Colston Hall, which will now be renamed. For years there has been a debate about what do you do with his memorial.

I would not have been allowed to dress Colston’s memorial in reality—of course, I would like to. I could do it wearing a balaclava in the middle of the night and dodging the police, but I want to do things upfront and deal with the layers of complexity. For me, the statue of Colston is aesthetically the best statue in Bristol. Of all the Victorian statues in the city—it was erected in 1895—it is probably the most visually attractive. That is where it gets really interesting. 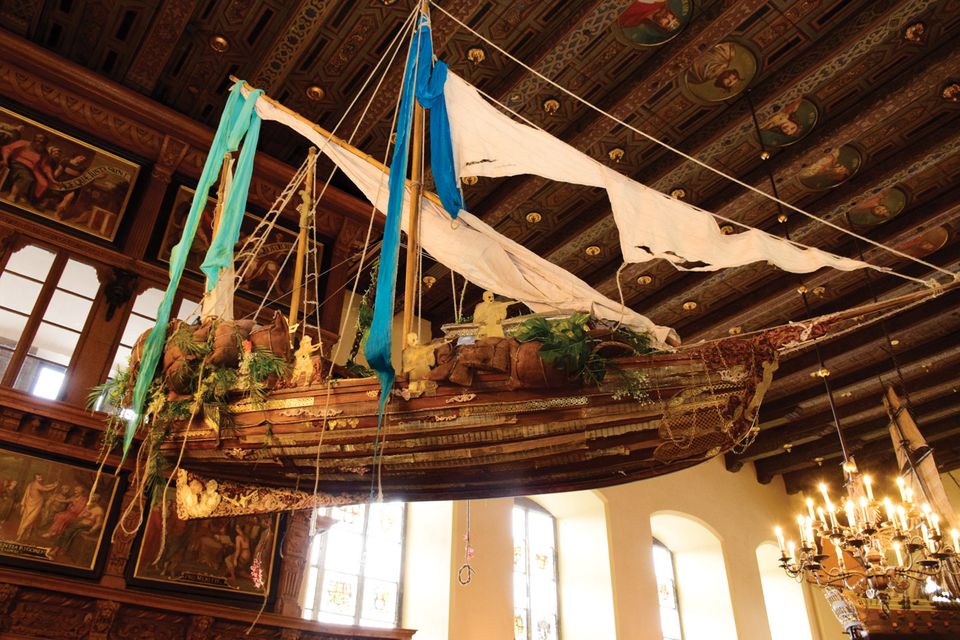 George Washington’s statue in London’s Trafalgar Square stands right outside the National Gallery. A copy of Jean-Antoine Houdon’s marble sculpture in Richmond, Virginia, it is obviously a symbol of the special relationship between Britain and the US. But Washington was a slave owner and I cannot get over that at all. So, I made an “impossible proposal” for Washington, with him surrounded by skeletons and, in small letters, the names of some of the 300 slaves he owned.

That reality of him does not go down well with some. But you cannot get away from the fact that that is what he was. You can’t own people and expect to be revered. I think there should be discussions in America about what to do with Washington, or for that matter Thomas Jefferson, to remember that these founding fathers owned slaves.

My pitch for the Fourth Plinth in Trafalgar Square was based on an equestrian statue nearby in Portland Place of Field Marshal Sir George Stuart White, who won the Victoria Cross in the Second Afghan War. Called Sikandar, the piece is about the burden of history, so I covered him in medals but twice life-sized. He is weighted down with the history of military campaigns in Afghanistan. The idea was that after all these years, here we are fighting again in Afghanistan.

Four years ago, I was at Prospect in New Orleans and at that time the debate had really heated up about taking the city’s Confederate memorials down. I was seeing these statues around town and wondering if it was really going to happen. General Lee was on a column, which really raised him up in a Nelson’s Column way. In the context of New Orleans and race, that’s a problem.

Black people in America have been living under this for so long. It’s like an open sore

It is obvious that black people in America have been living under this for so long and it’s like an open sore. So it’s understandable that it is time to let these things go. These statues are toxic. There’s no redeeming them. But the thing is, how to do it?

I know that the Civil War is only yesterday in the South, because after the end of slavery so many things were left not sorted out. There was nothing like the promised 40 acres and a mule.

My late father lived in Atlanta, Georgia, so I know the city and its history. I have visited the Battle of Atlanta Cyclorama and the plantations where slaves became servants after emancipation. But in Atlanta you also have visible reminders of Martin Luther King and his legacy, so you have some sort of counterbalance. Perhaps in some parts of the US a counterbalance isn’t enough. They need statues of people like [former slave and abolitionist] Frederick Douglass. 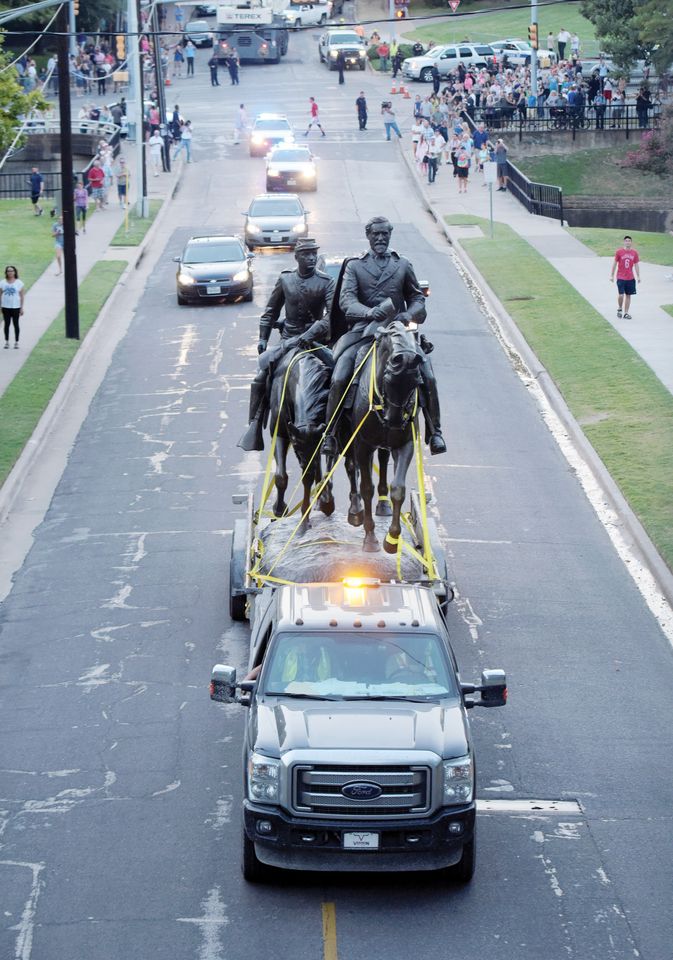 I also think that something temporary could be done when Confederate statues are removed. The newly empty plinths are all potential Fourth Plinths. But permanent public art pieces are difficult to get right. There is lot of dodgy art, particularly in highly charged spaces. The additional problem on some of the plinths is the dedication on them, typically to “The Glorious South”. So that it makes it even more difficult to put something permanent on them.

• Hew Locke’s sculpture Cui Bono (2017), part of the exhibition The Blind Spot: Bremen and Art in the Colonial Era (until 19 November), organised by Kunsthalle Bremen, temporarily replaces one of the historic ship models hanging from the ceiling of Bremen Town Hall. The London-based artist was speaking to Javier Pes