One year after Karole Vail took over the Venice museum, major exhibitions and rehangs are in the works 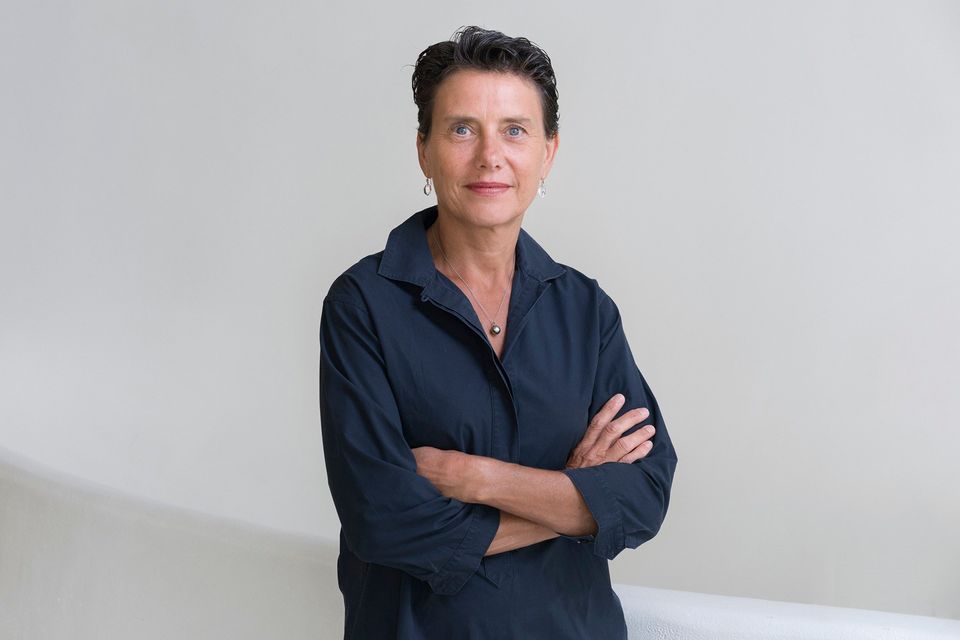 Karole Vail, who just marked her first year as the new director of the Peggy Guggenheim Collection in Venice, came to the museum with many strengths. She was a curator at the Guggenheim Museum in New York for 20 years, where she organised the superb Moholy-Nagy retrospective, and knows the terrain of the Venice collection thoroughly. She also happens to be Peggy Guggenheim’s granddaughter. That gives her cachet but everything else she had already: experience, charm, knowledge, fortitude and credibility.

Succeeding a director like Philip Rylands, who was in charge of the Peggy Guggenheim Collection for 37 years until his retirement in 2017, is a unique challenge. He was not only there a long time, he was the founding director. When Peggy Guggenheim died, he took her body to the crematorium. Rylands put together great shows and was an understated but thoroughly effective fundraiser.

Vail brings her own curatorial perspective to Venice. She is still a kid in a candy shop, moving objects around the collection. Currently, all 11 paintings by Jackson Pollock—Peggy Guggenheim was his muse and biggest promoter—are splendidly displayed together. The place is not a college museum but its shows are always brainy, and Vail feels strongly that it is an educational institution. This seems to agree with the public, with 427,000 visitors coming through the doors last year, making it among the best attended museums in Italy.

The collection’s forthcoming exhibition schedule demonstrates Vail’s attraction to two types of shows. One examines good artists nobody knows, like the gorgeous retrospective for Osvaldo Licini (1894-1958), which is on view now and adds a welcomed new twist to how we see Italian art in the last century. Licini was a distinctive Italian artist from the Marche who won the National Grand Prize for painting at the 1958 Venice Biennale. Vail also points to Kenzo Okada, the Japanese-American abstract painter, as another example of a sublime artist championed by Peggy Guggenheim but under-recognised today. His work is in the collection and Vail thinks he deserves his place in the sun.

The other type of show the director favours looks at artists many people feel they know but via a new perspective. The museum is organising a big show on Surrealism and magic—an overlooked inspiration for a movement well steeped in clairvoyance and psychology of dreams—with the new Museum Barberini in Potsdam, scheduled for summer 2021. Each of the main actors—Max Ernst, Yves Tanguy, Salvador Dalí, Marcel Duchamp among them—became more focused on the occult, witchcraft and alchemy especially as the Second World War seemed to leave reason in tatters. The museum is also taking a fresh look at Jean Arp, an anchor artist for Peggy Guggenheim. 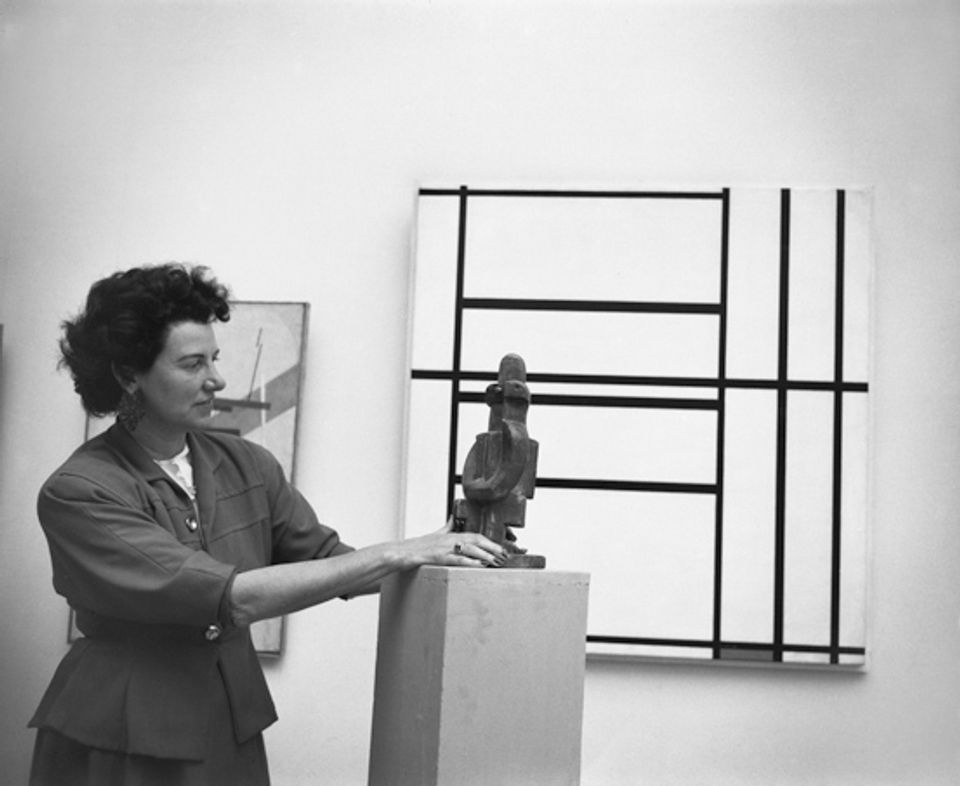 Peggy Guggenheim at the Greek Pavilion, where she exhibited her collection at the 24th Venice Biennale in 1948, next to Jacques Lipchitz, Seated Pierrot (1922); in the background Piet Mondrian, Composition No. 1 with Grey and Red 1938 / Composition with Red 1939 (1938-39) © Solomon R. Guggenheim Foundation. Photo Archivio Cameraphoto Epoche. Gift, Cassa di Risparmio di Venezia, 2005.

Next year marks the 40th anniversary of Guggenheim’s death, a year after which the museum opened to the public and to celebrate the museum is organising Peggy Guggenheim: the Last Dogaressa in 2019, the aptly named show based on her collecting after she moved to Venice in 1948. Magritte, Francis Bacon, and Graham Sutherland are some of the big names, but during that time Guggenheim dived into contemporary Italian art, too. The show also recognises her as a curator. Like many of the best collectors, Guggenheim was immensely knowledgeable about her artists and organised shows with a distinctly personal vision.

After Guggenheim moved to, she continued to add things to her cache. Vail plans a good look at aspects of Guggenheim’s collecting that few know about. She was an important early collector of African art, which is not shocking, but also Mesoamerican and Oceanic art, a niche few found compelling in the 1950s and 1960s. A show of this material will open in 2020.

A prelude to the anniversary shows is already on view. It is a clever bit of original research recreating the Greek Pavilion from the 1948 Biennale, where Guggenheim’s collection was first shown in Venice. “What I enjoyed most was seeing the name of Guggenheim appearing on the maps in the public gardens next to the names of Great Britain, France, Holland, Austria, Switzerland, Poland,” Peggy said of that early foray into presenting her collection. “I felt as though I were a new European country.”