'We are in a time of crisis: now is the time to assert our moral and ethical principles' 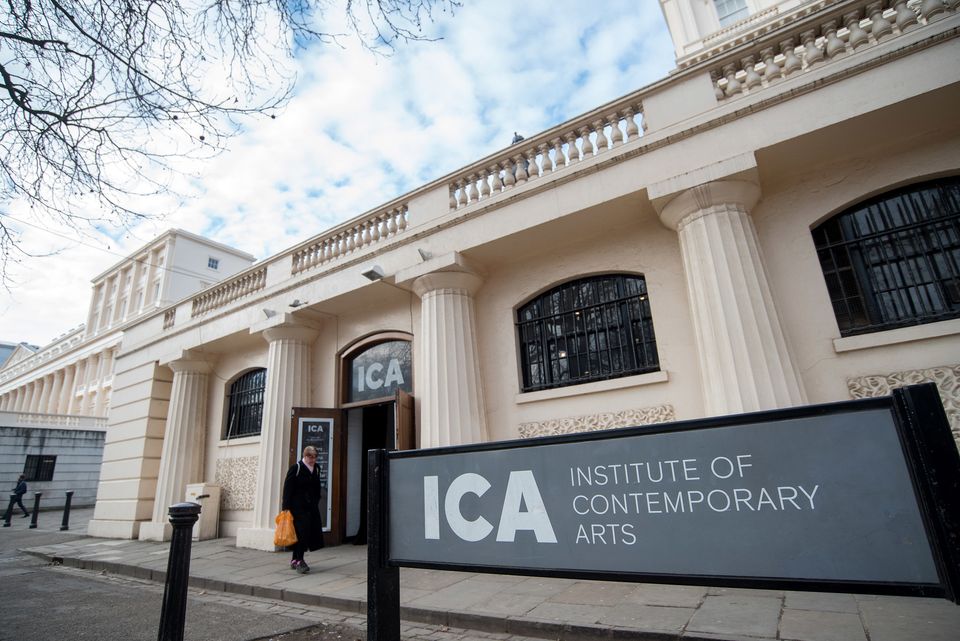 Stefan Kalmár the first foreign director of the Institute of Contemporary Arts in its 73-year history Photo: U.S. Embassy London via Flickr

Moments of deep social and political crisis are moments of rupture­—a rupture in our thinking, a breakdown of the status quo—affecting all aspects of our lives and society. What if the right-wing revolution we are experiencing across Europe throws into question everything the cultural sector has stood for: inclusiveness, social justice, internationalism, free speech, experimentation­—indeed, democracy?

Even while working for eight years in New York, I referred to London as home. I moved here in 1995 on a scholarship from the German government to study at Goldsmiths. Now, after 24 years, the border control officer asks me: “Are you a tourist? Do you work here?” I am the first foreign director of the Institute of Contemporary Arts (ICA) in its 73-year history (this fact alone is quite telling). Now, after two-and-a-half years back in Britain, my status, in Orwell-speak, is “pre-settled”; in other words, I have no guaranteed right to remain.

Times of crisis are times for the assertion of moral and ethical principles; we all need to ask ourselves on which side of history we stand, and what we stand for. Simultaneously, we need to ask ourselves how we got from a place that was so hopeful (remember London in the 1990s?) to a place that sets its own people against each other. We who run cultural institutions need to ask ourselves: have we failed? Over the past 25 years, we celebrated the openings of the Baltic Centre for Contemporary Art, FACT Liverpool, Nottingham Contemporary, the Arnolfini expansion, Tate Modern, Dundee Contemporary Arts, Liverpool Biennial, Manchester International Festival and more—and now this?

Many of these cultural organisations receive public funding from Arts Council England: in the case of the ICA, this funding currently represents 22% of our annual budget. The 2008 financial crisis, coupled with a financial crisis at the ICA (admittedly one of its own making), resulted in a 43% funding cut, and as we know, once public funding is gone, it never comes back. From today’s perspective—particularly when compared with the banking crisis – this might seem illogical. Why would you punish a struggling organisation with a never to be reinstated funding cut? Where was the equivalent bailout for the cultural sector?

More peculiar, if this institution is historically considered among its international peers as one of the most critically outspoken and leading voices in the field – home of the first institutional exhibitions by Picasso, Francis Bacon and the Independent Group; the birthplace of Pop Art; the first organisation to exhibit Gerhard Richter’s Baader-Meinhof series outside of Germany; Barbara Kruger’s first European show; Mike Kelley, Cindy Sherman, Jean-Michel Basquiat, Gabriel Orozco; the place where filmmakers like Derek Jarman and Steve McQueen launched their careers; where intellectuals including Václav Havel and Salman Rushdie delivered keynote lectures; where Homi K. Bhabha and Stuart Hall ignited intense discussions about post-colonialism; where The Clash, The Smiths, Einstürzende Neubauten performed – cutting public funding is equal to cutting the organisation’s voice, its reach, its civic role.

Shortly after the Second World War our founders—among them Herbert Read, Peter Watson, Roland Penrose­—had a visionary idea: not to create a museum of Modern art but an institute of contemporary arts. A place that is culturally inclusive, to comprehend the complexity of the contemporary condition, a place that can, through culture, ask the most pressing questions of our time. It is no coincidence the ICA was founded in the very same years, and within the same spirit, as the NHS—both iconic, British, civic organisations.

The big difference between now and then is that cultural institutions were predominately publicly funded; indeed, most European institutions still are. Does that make them better? Yes, it does. With only 22% public funding, we are no longer a public institution in the traditional sense but a business that fulfils a public role. Since the early 1990s, successive governments and public funders have suggested that cultural institutions should be managed like a business. For a long time, visitor figures were seen to be indicative of cultural success – indeed quality – but this was probably also the moment in which cultural institutions surrendered to a form of cultural populism, the same populism we are now struggling with in politics. Nobody has ever been better off just because a museum opened in a defunct factory they once worked in. As long as we talk about culture solely as a tool for regeneration, we will go nowhere. One needs time to formulate one’s own critical voice, but how can one, if in parallel (arts-) education is also denuded of funding?

Boards of trustees were initially set up to hold public funds and public purpose in trust, not to run a business, or indeed become a shareholder. This situation becomes even more complex if board members are also some of the major donors. The museum director of today is busier soliciting funds and generating commercial revenue while manoeuvring often conflicting interests than actually thinking about the civic purpose of their own organisation. This situation was never a choice of our own making, but the conflicting interests and economical demands at play in contemporary arts organisations have resulted in some bizarre institutionalised antagonisms—tearing the public sector apart from the inside, moving us further away from our civic role and founding principles—at exactly the moment when we are needed most.

• Stefan Kalmár is director of the Institute of Contemporary Arts, London