With at least 19 such events taking place during Art Basel in Miami Beach this year, have we reached "peak fair"? 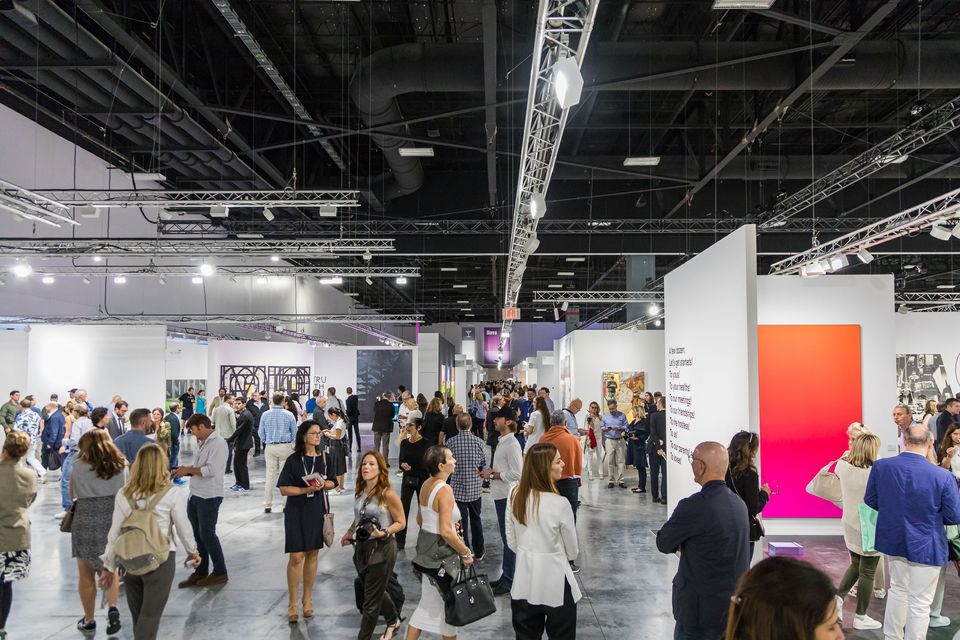 Art Basel in Miami Beach (ABMB) has never been short on satellite fairs. This year alone there are at least 19 such events, making for somewhere in the ballpark of 1,000 dealers showing at least double that number of artists around the city. It begs the question: just how many more art fairs can we possibly hope to fit in?

According to the 2018 Art Basel and UBS Art Market report, in 2000 there were around 55 art fairs around the world that whole year; now there is an average of five a week. Satellites represent a large share of these newcomers and several that have expanded in the US, like Nada and Untitled, got their start in Miami. The fairs that have sprung up around ABMB swelled to more than 20 in 2007, and the figure has hovered in that neighbourhood ever since, with new ones often supplanting any that fold from year to year.

As one of the first to lead the charge in Miami, Nada launched in 2003 and quickly established itself as “ABMB’s most successful satellite event”, as The Art Newspaper reported in its first daily fair papers in 2004. The Miami edition of the fair remains a success to this day, although the organiser’s out-of-the-blue announcement in August to forego another New York spring event (timed during The Armory Show) furrowed some brows, as many believed it augured the contraction of even the most sustainable of satellites.

The average art dealer is participating in around five fairs per year, even though the cost of attendance has risen 15 per cent

There are plenty of strengths that Nada and other smaller fairs in Miami, such as Untitled, Scope, Pulse and Pinta, enjoy. These range from lower booth fees for smaller or newer galleries that cannot afford, or cannot get accepted to, Art Basel, to a more hyper-focused look at emerging artists working in a certain medium or from a certain region. But this means that satellites are, by and large, relying on the already financially exhausted middle-market gallery tier.

Booth rental fees, paid by the galleries, make up the largest revenue stream for almost every art fair. And, according to that same Art Basel and UBS Art Market report mentioned earlier, the average art dealer is participating in around five fairs per year, even though the cost of attendance (not including travel, shipping, and other expenses) has risen 15 per cent to $4.6bn annually in total.

The galleries that are supporting these smaller fairs are the ones already struggling to stay in business and they usually participate in as many events as they do out of reputational necessity rather than fiscal feasibility.

With the recent news that MCH Group, the Swiss company that owns the Art Basel fair franchise, has had to pull out of its own regional art fair endeavours, there may well be an opportunity for smaller fairs to have their day in the sun, offering their lower booth fees with the potential for greater market visibility.

However, were I to poll 100 people in Miami today, I am confident around 90 would agree with me that we’ve reached max capacity when it comes to satellite fairs in South Beach—and frankly I would raise a disbelieving eyebrow at the other ten.