Even in arts journalism, one can see the effects of President Trump's inflammatory rhetoric against the press 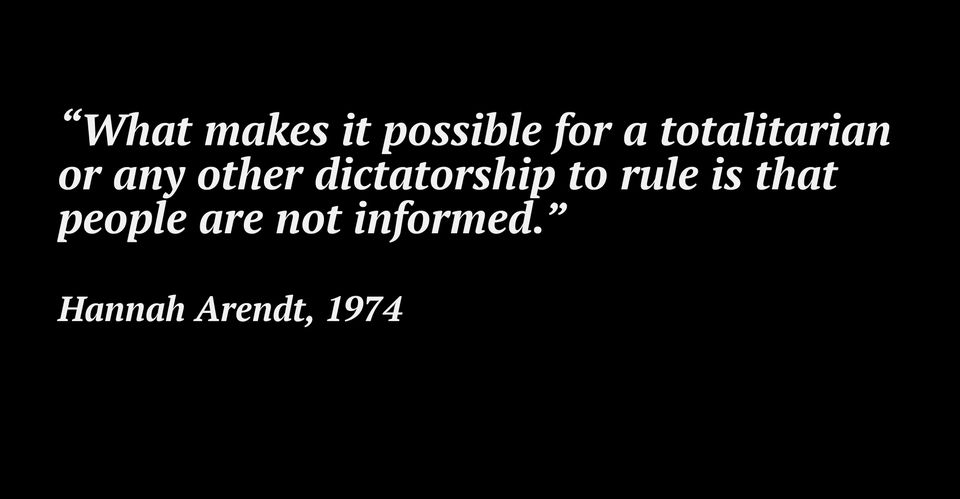 Comments made in 1974 during an interview with the French writer Roger Errera and published in October 26, 1978 issue of The NewYork Review of Books Interview.

Today, hundreds of newspapers across the US are publishing editorials about President Donald Trump’s inflammatory rhetoric against the American press, which he regularly refers to as the “enemy of the people”. His vitriol is usually aimed at the news media, but even in the relatively sheltered niche of arts journalism, we can see the effects—and not just from the online comments and occasional angry phone calls we have received from those who do not like the unflattering light in which artists often paint the president. This matches Trump’s own apparent stance on culture; at best he seems to view the arts as a vehicle for self-aggrandisement, at worst a waste of tax-payers’ money.

If journalists are afraid, self-censorship begins to be practised before actual censorship, and it is just as dangerous to a healthy body politic. Like the rest of the press, the arts media must not be ignored or bullied into pulling its punches. The art world is full of powerful people who wield their influence widely, sometimes for public benefit, sometimes for personal profit, just as in the political sphere. There is plenty of overlap between the two motivations, and there are dark corners where bad actors can take advantage of a lack of government regulation or close public scrutiny.

Arts journalists are there to exercise that scrutiny, to give a platform to artists and draw connections between communities. For artists are in the vanguard of addressing the subjects that lead Trump to yell “Fake news”, such as climate change, racism and sexual exploitation. They are one of the most potent tools we have to speak truth to power (aside from voting, which everyone who can in the US should do in November). Arts journalists must feel themselves free to back up artists in their pursuit of truth and justice.

• Helen Stoilas is the US editor of The Art Newspaper