Why I’m no longer funding Australia at the Venice Biennale 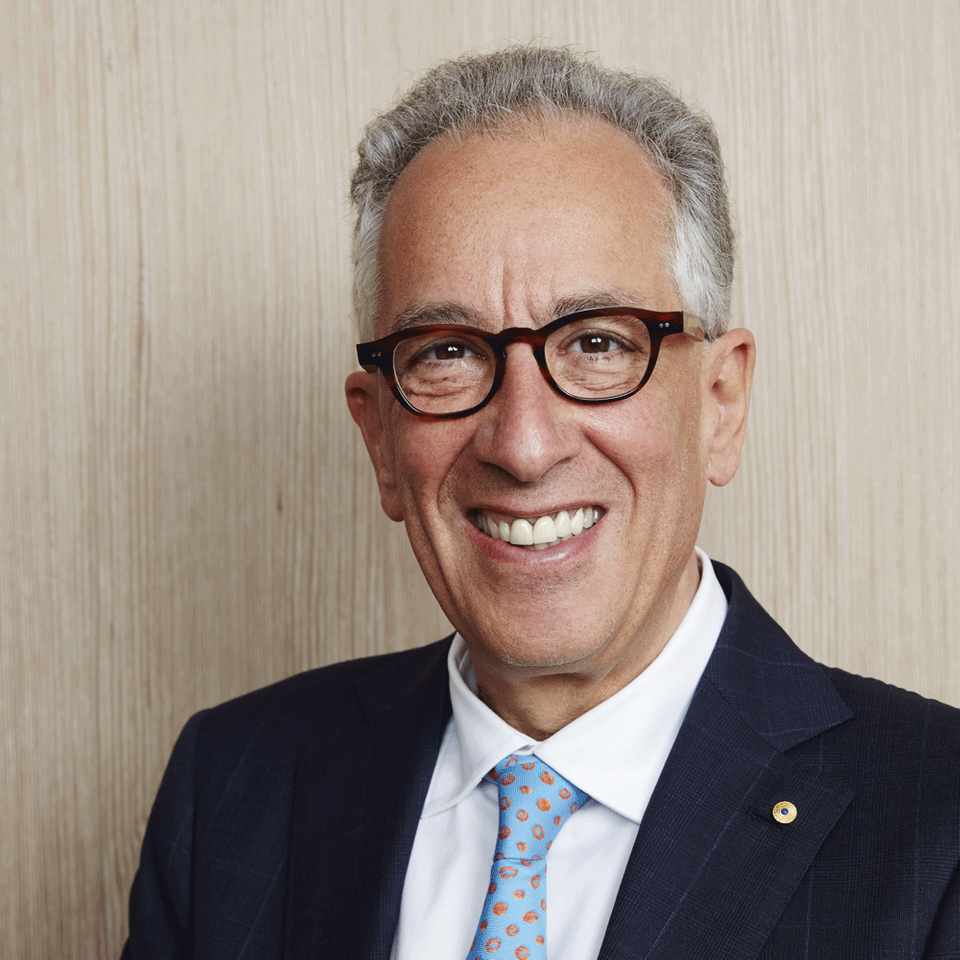 Australia is a young nation in nomenclature, however, our indigenous community represents the longest continuous culture in the world.

As a migrant to Australia who came with a suitcase and dreams, I was troubled by how Australians placed sports men and women on a pedestal, provided ticker tape parades down the main street when national champions returned, placed these heroes on postage stamps and included questions on sports achievements in our citizenship questionnaire yet our Cultural heroes were disregarded. What does that say to creative kids?

For my wife Catriona and I, culture is core to a vibrant community, the type of community that we want to live in and, thus, ever since arriving in Australia in the early 1980s I have dedicated a significant proportion of my time and hard-earned dollars to advocating for the arts with a particular focus on contemporary visual arts.

Along the journey we were one of the founding donors to kickstart the Museum of Contemporary Art in 1991 and ultimately the lead donor for the significant expansion of the museum in 2012.

Our engagement with the Venice Biennale started almost 30 years ago—visiting with Anne Lewis we were immersed in this global arts exposition, the most important contemporary arts exhibition in the world. Anne introduced us to remarkable people.

Established in the late 19th century, Australia has been exhibiting in Venice since 1954. In 1988 with the vision of Franco Belgiorno-Nettis, Australia was granted the penultimate site in the Giardini and a temporary pavilion was designed by Philip Cox.

This enabled Australia to properly participate on the world contemporary art stage and ensure our leading contemporary artists were seen by the key curators, museum directors and collectors globally.

Many of the artists who have represented Australia in Venice have seen their international careers develop as a result.

In 1995 Anne Lewis was Australia’s commissioner and the selected artist was Bill Henson curated by Isobel Crombie. There were so few Australians at the Vernissage back then that Catriona and I took our turn as volunteers ensuring no one touched the photos on display.

Every year our engagement deepened and in 2005 Australia’s then commissioner John Kaldor initiated a philanthropic fund raising program to enable greater promotion and advocacy for the Australian artist. We supported that initiative and continued at every subsequent Biennale and then joined the Commissioner’s Council.

In the late 2000s after hearing significant feedback that our temporary pavilion wasn’t optimal to display Australia’s leading artists, I proposed to the Australian Government that the site be redeveloped and with the Australia Council funded a feasibility study to determine if this was possible.

Imagine our delight to discover the Australian temporary pavilion was the only non-heritage listed building in the gardens!

I then led the campaign, along with the remarkable Elaine Chia, to raise the funds to redevelop the Pavilion. Catriona and I became the lead donors and with financial support from the Australia Council and a wide range of donors including the Belgiorno-Nettis family, our current Prime Minister and his wife and Cate Blanchett, the funding was completed. I was a member of the jury that selected Denton Corker Marshall to build our new Pavilion that was opened in 2015.

Australia now has the first 21st-century building in Venice and one which is the pride of our country and optimally positions the selected artist.

In 2011, I was Doug Hall’s Deputy Commissioner becoming Australia Commissioner in 2013 for Simryn Gill’s exhibition curated by Catherine de Zegher and in 2015 for the opening of the new Pavilion with artist Fiona Hall curated by Linda Michael.

Nearly a lifetime of passionate involvement in Venice and the Biennale.

Imagine my shock when in mid-October I received calls from several museum directors advising me that an Australia Council staffer was bragging that the Council would do away with an external Commissioner and bring the running of the Venice Biennale in-house.

I immediately reached out to the Chair and Chief Executive of the Australia Council to understand if the rumours were true.

I was deeply disturbed when the CEO Tony Grybowski visited me later that week to confirm the rumour and that an announcement was imminent.

I was advised that the intention was for a subcommittee of the Australia Council Board to select an artist through an open expression of interest and that the Council would become Commissioner.

In further discussions with the Chair of the Australia Council, Rupert Myer, I explained my concerns. I noted that everything can be improved but it should be by consultation with key stakeholders and I didn’t believe the proposed changes would attract the best artist or lead to the best advocacy. In my view the best artists are unlikely to apply to an advert. I further expressed concern that I thought key supporters may withdraw their support and noted if these changes were made I would not financially support the 2019 Venice Biennale.

Over the following week the Council made some attempts to consult with a few parties and amended the selection process to be away from the Board subcommittee to a panel chaired by Callum Morton.

However, by now many passionate supporters were up in arms about the changes. The longest financial supporter and indeed the largest annual supporter of Australia’s participation at the Biennale, the Balnaves Foundation, also announced their withdrawal with a stinging public release stating the changes were misguided and ill-conceived and that the lack of consultation was reprehensible. The Council of Australian Art Museum Directors has also expressed significant concerns.

In the period when I served as Commissioner I sought and engaged with as many stakeholders as possible and worked tirelessly on an unpaid basis to advocate through my global networks. The artist was selected by a panel, which I chaired, of local and international curators who came with a list of artists they considered spoke of issues of the day and were capable of representing Australia in the pressure charged environment of Venice. We spent hours debating all the names proposed before unanimously selecting an artist to invite to submit along with a curator. In my view you are unlikely to find the right artist through an advert. Public open calls may be appropriate for general grants but not for the Venice Commission.

The Australia Council no longer has visual arts expertise on its Board and is ill-equipped to fundraise let alone support and advocate for the artist.

My withdrawal of support is about the total lack of regard to stakeholders who have passionately positioned Australia in Venice through blood, sweat, tears and dollars. The proposed restructure is not in Australia or the artists’ best interests.

My only hope is that the scale of concern from so many leads to a transparent and open review to ensure 2021 is back on track and if it can be repaired, my support will be there then.