A cerebral matter: the common ground between brain science and art

For anyone who knows Eric Kandel’s work and interests, his office decor will come as no surprise. The Nobel Prize-winning neuroscientist, whose pioneering research into the biological foundations of memory earned him the award in 2000, works in a large space at Columbia University overlooking the Hudson River. Among many books, photographs of friends and family, and scientific models of the brain are numerous works of art. Some, like those on his door, are by children; another, which hangs behind his desk, is by a former lab associate. Nearby is a large poster of the cover of his 2012 book, The Age of Insight, which depicts a work by Klimt. At his apartment in Morningside Heights, there is more, and on a grander scale: original works by Schiele, Kokoschka, Beckmann and Munch are part of his and his wife’s collection.

How Kandel furnishes his space speaks to the major argument of his new book, Reductionism in Art and Brain Science, which is that science and the humanities are not so far apart. “Many people feel that bringing a scientific approach to art dehumanises it,” he says. “They don’t understand what science is about. They think scientists are people who work in the dark and hallucinate to themselves, and have no idea what human nature is about.”

Memory storage But scientists, too, shoulder some of the blame. Kandel recalls that one year he gave a colleague for his birthday a book of essays by the art historian Ernst Gombrich. The colleague was perplexed: what would he do with a book about art history? “I don’t know if he feels that way still, but he felt that way,” Kandel says. “He was startled and not thrilled at that present.”

Between these “two cultures”—a term coined by the novelist and scientist C. P. Snow in 1959—Kandel sees a gap that brain science can help to close. “The sciences and art inform one another,” he says. “For example, I happen to work on memory storage, which, it turns out, is very important for the appreciation of art.” He argues that “top-down processing”, by which the brain digests new information with the aid of prior experience, “requires recollecting one’s responses to other works of art. So the mechanisms of memory storage directly bear upon the perceptual process of the beholder.”

Intuitively, this makes sense: we often recognise new works of art by familiar artists based on styles we already know. But this intuition extends beyond reception. One of the key claims of Kandel’s book is that brain scientists and artists—abstract artists, at least—work in much the same way, by distilling large questions into manageable portions. In brain science, reductionism involves taking “a complex problem and isolating coherent, small components that you can understand deeply,” Kandel says. 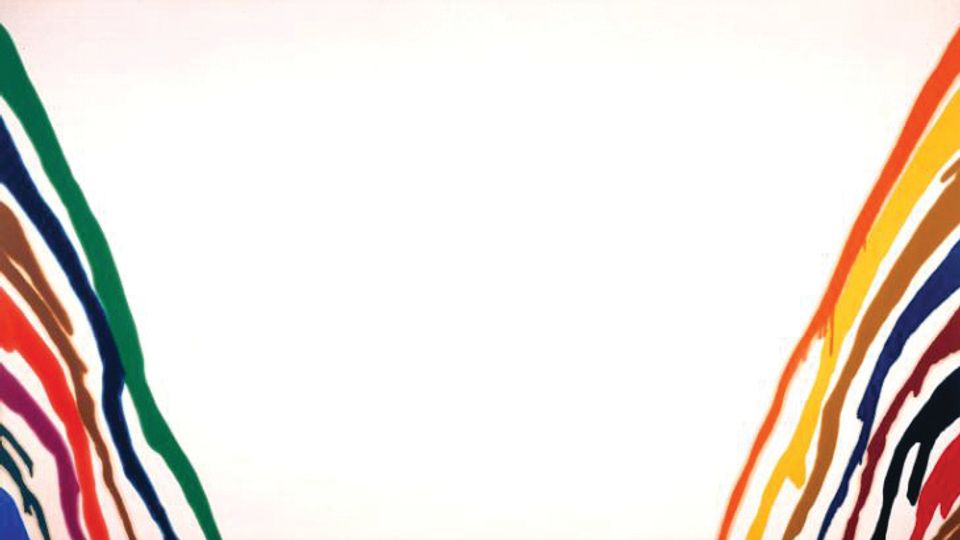 Morris Louis, Alpha-Phi (1961). Photo: © The estate of Morris Louis and the Tate

In his book, he argues that many artists use the same method. “In moving from figurative to abstract art, the New York School of painters—notably, Willem de Kooning, Jackson Pollock and Mark Rothko—and their colleague Morris Louis, were taking a reductionist approach,” he writes. “That is, rather than depicting an object or image in all of its richness, they often deconstructed it, focusing on one or, at most, a few components, and finding richness by exploring those components in a new way.”

When Kandel met Kris The idea that a scientific method has purchase on philosophical problems came to Kandel early, but it was not always his primary concern. As an undergraduate at Harvard, he was taken with intellectual history. His honours thesis concerned three German writers (Carl Zuckmayer, Hans Carossa and Ernst Junger) and their responses to the rise of National Socialism, which was the kind of work he intended to pursue in graduate school. It was through a relationship with the Viennese art historian Ernst Kris, who lived in the US with his family, that Kandel switched gears.

Kris had earned his doctorate in 1922 at the University of Vienna with a thesis on two Mannerist craftsmen, Bernard Palissy and Wenzel Jamnitzer. In 1924, after quickly establishing himself as a reputable scholar of decorative arts, he found work overseeing Sigmund Freud’s collection of cameos and intaglios. His interest in psychoanalysis sprouted from there and steadily became his primary focus. Over the next 30 years, he used it to study not only art, but also Nazi propaganda, the nature of laughter and the development of the ego, among other subjects.

When Kandel met Kris in the early 1950s and explained that he intended to study the history of ideas, Kris advised him not to. “He said to me: ‘If you want to understand motivation, you’re not going to do it through intellectual history,’” Kandel recalls.

Psychoanalysis, Kris suggested, was the real key. Encouraged by the thought, Kandel entered medical school at New York University with the intention of becoming a practising analyst. At the time, the discipline was considered to be a revelation. “It was seen as the treatment that solved everything in the world, from schizophrenia to ingrown toenails,” Kandel recalled in an interview many years later. Today, we know this is not the case. But Kris’s advice added fuel to the fire of Kandel’s already wide imagination, opening doors into new ways of seeing. At the bottom of Kandel’s penchant for picturing what it is like to think as an artist is his understanding that no one—whether artist, scientist, historian or psychoanalyst—works in complete isolation.

This idea is at the heart of Columbia University’s new Jerome L. Greene Science Center, which will house the school’s Mind Brain Behavior Institute and Kandel’s new office when it opens later this year. The institute aims to foster dialogue between scholars across various disciplines. Artists will also have a place. 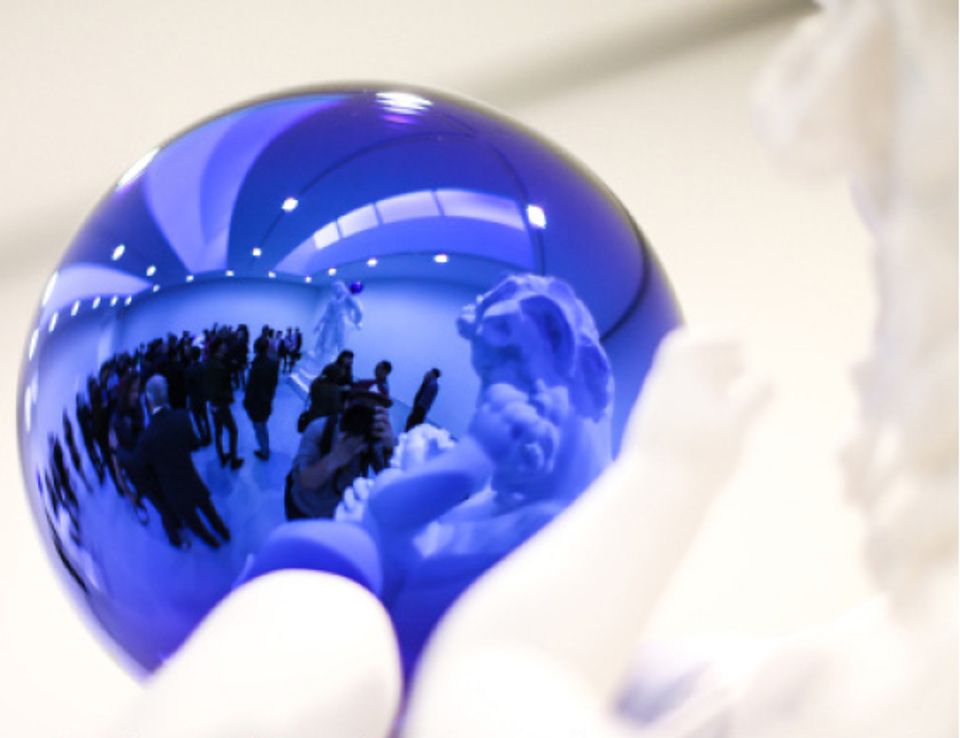 “You may find this hard to believe, but I’ve become very friendly with Jeff Koons,” Kandel says, adding that he hopes to help the artist get a residency at the science centre. “I actually didn’t like him very much until I got to know him, and I didn’t like his art very much.” He declined, for example, to write a catalogue essay for the Koons survey at the Whitney Museum.

But the artist persisted, inviting Kandel to his exhibition of Gazing Ball sculptures at the David Zwirner Gallery in New York in 2013. The show, featuring classical sculptures with blue mirrored orbs, had an impact. “I went around and looked at them and said: ‘Wow, when you look at those statues and those crystal balls, you see yourself, so the beholder becomes part of the work of art.’ I sent him an email and he went off the fucking wall. He went wild!” The two later spoke together at a Nobel-sponsored panel in Stockholm.

Kandel, as ever, is willing to learn from everything and everyone. At Columbia, he credits the university president Lee Bollinger with encouraging cross-disciplinary discussion. “He saw that brain science is the great growth area at the university,” Kandel says. “Because everyone at the university works on the mind.” Because Koons is such a polarising figure and his work is often considered anti-intellectual, Kandel admits it may be difficult to help him get the residency. But that just gives him another divide to bridge.