Digital technologies allow us to create precise copies of artefacts—but what does this mean for the idea of 'authenticity'?

March 2020 was to be a significant month in the story of Factum Arte and the Factum Foundation, the digital pioneers and producers of works of art and facsimiles of historical objects. But because of the outbreak of the coronavirus pandemic, Factum’s two exhibitions at the Palazzo Fava in Bologna—one uniting the paintings of the 15th-century Griffoni Polyptych for the first time since 1725, the other focusing on the foundation’s technological preservation of cultural heritage—did not open. But the book accompanying the second show, The Aura in the Age of Digital Materiality: Rethinking Preservation in the Shadow of an Uncertain Future, has now been made available for free as a PDF on Factum Arte’s website.

The publication explores Factum’s technological advances in cultural heritage from a practical and philosophical perspective. The basis of the foundation’s work is recording objects and spaces through surface not just volume and in exponentially higher resolution than had previously been possible. “Factum’s interest has always been the surface of things,” says Factum Arte’s co-founder Adam Lowe. “Because it’s in that level of data that you understand what they are.” The company’s 2001 project in Egypt, using a scanner pioneered by Factum’s other co-founder Manuel Franquelo to record the tomb of Seti I, remains the bedrock of its activities today. 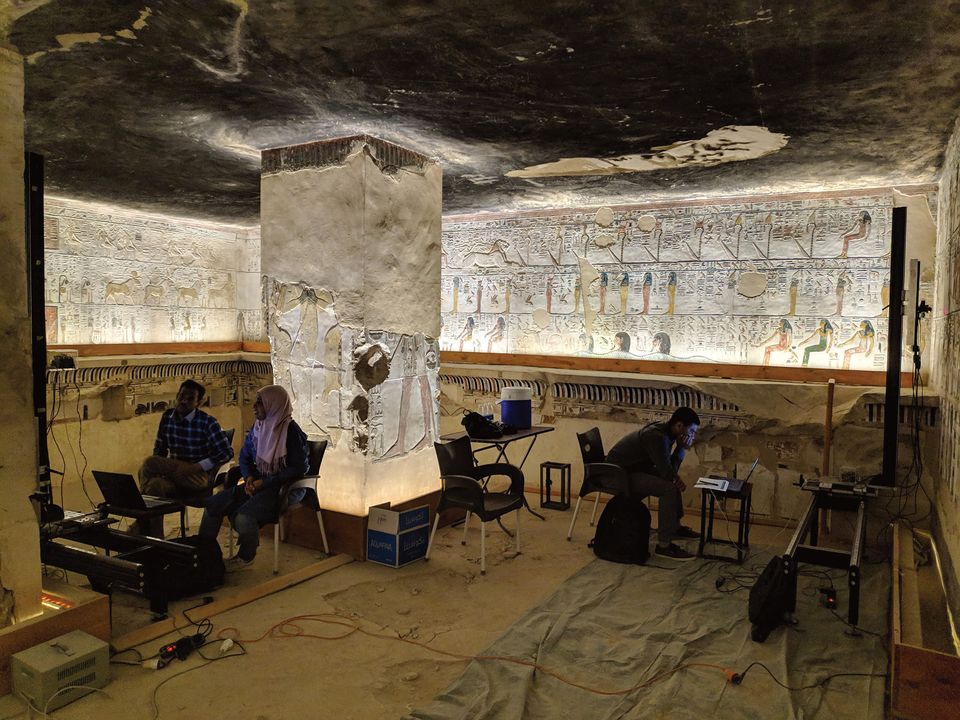 The book reflects the breadth of the foundation’s activities. Case studies explore some of its most important projects, including the preservation of ancient Dagestani documents, the recording of rock-cut inscriptions in Al-’Ula, Saudi Arabia, and the creation of facsimiles of Old Master paintings. As well as harnessing and developing technical approaches, an important element is its work in democratising these and putting them in the hands of people local to historic sites. But as the book title suggests, several texts also ponder what preserving heritage means in the age of digital technology and how it might shift attitudes to the care of historic materials.

A core concern is originality—the “aura” of the book’s title—in the context of highly accurate facsimiles. Lowe cites the copy of Paolo Veronese’s The Wedding Feast at Cana (1563) that Factum created in 2007. The work was originally made for the refectory of the San Giorgio Monastery in Venice but was taken by Napoleon to Paris and is now in the Musée du Louvre, where it is badly hung and lit and was in a room crowded with people vying for a glimpse of the Mona Lisa. Lowe and the philosopher Bruno Latour argue in a text in the book that the digital facsimile in the refectory, set at the right height, in the right light and responding to the architecture that it was conceived to complement, gave the space “such a trompe l’oeil depth of vision that you could not stop yourself from walking slowly back and forth and up and down the room to enter deeper and deeper into the mystery of the miracle”. Lowe suggests today that Factum’s facsimiles have helped create debate around “the idea that originality is not a fixed state”. 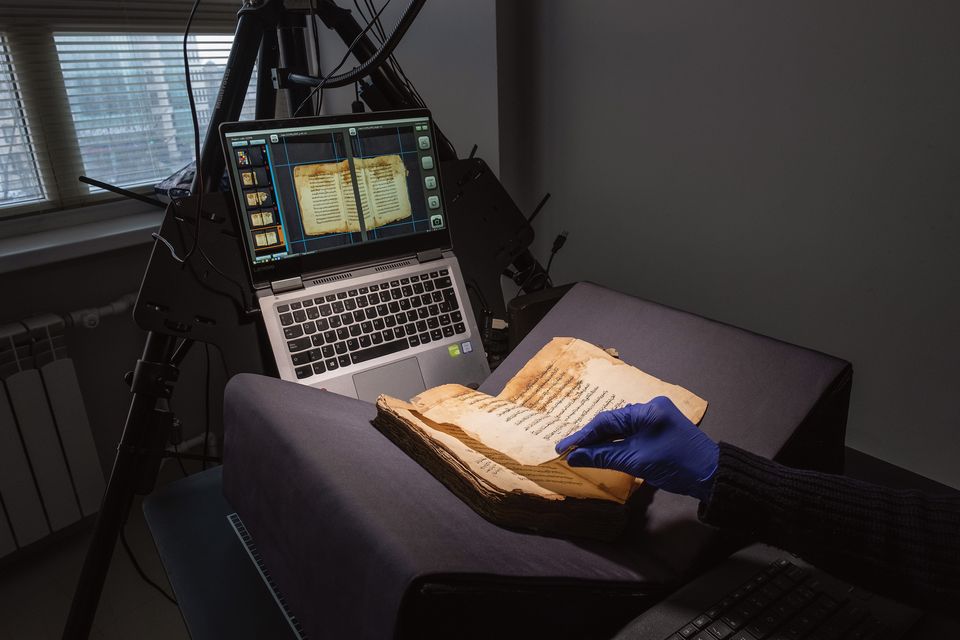 He says that now, “we’re right on the cusp of the next really interesting shift”, where the ability to do “high-volume, high-resolution recording” can be linked to “intelligent self-learning—the new generation of AI [artificial intelligence] in the software”. For instance, Factum are working with the Case Western Reserve University in Cleveland, Ohio, to analyse scans of the painted surface of El Greco paintings with AI machine-learning. Lowe hopes this will allow them “to identify the hand of the artist, the signature, the way they move the brush and move the hand—we should be able to identify the different hands of artists within one painting”. It is emblematic of how Factum are harnessing new technologies “to transform not only how you digitally preserve an object”, Lowe says, “but also how you study it”.

• The Art Newspaper and Factum Foundation organised a series of live YouTube discussions on 1-3 May. You can watch the recordings of the talks on our YouTube channel