The compelling collection of texts in a new book titled The Soul of Nation Reader: Writings by and About Black American Artists, 1960-1980 includes a pamphlet from a historic exhibition held in New York in 1965 by the Spiral collective. This group of 15 Black artists—including Romare Bearden, Emma Amos, Hale Woodruff, Charles Alston and Norman Lewis—came together in the summer of 1963 to debate and discuss the role of African American artists during times of racial adversity.

The collective only had one exhibition together, called Spiral: First Group Showing (Works in Black and White), before disbanding in 1966. A pamphlet made for the show remains the only known statement the group presented about themselves and demonstrates “a sense of shared purpose at a time of great change in the civil rights movement”, says the curator and book co-editor Mark Godfrey. It also “attests to the diversity of the artistic positions within the group and to the mutual respect between its members”.

The book includes texts by the US artist Noah Purifoy, the British artist Frank Bowling and the US graphic designer Emory Douglas, among others. “These texts, written by Black artists about their own work, appeared when so-called mainstream art critics and publications paid little attention to their practices,” Godfrey says. “It’s the first of many such statements in the book, by groups such as Africobra and Kamoinge. The pamphlet itself is nearly impossible to find, and we’re glad to make the text widely available.” 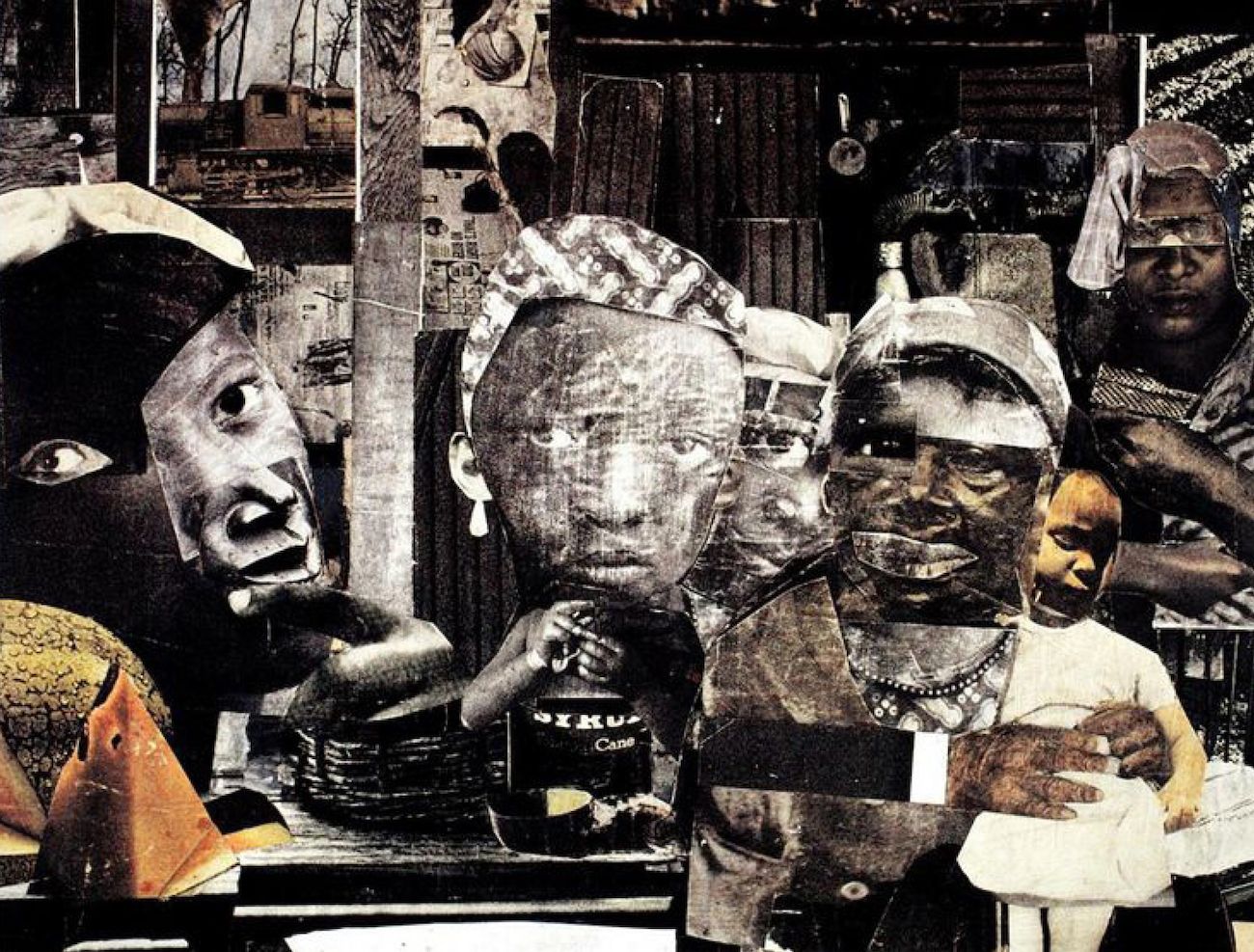 Text from pamphlet written for Spiral’s only exhibition

During the summer of 1963, at a time of crucial metamorphosis just before the now historic March on Washington, a group of Negro artists met to discuss their position in American society and to explore other common problems. One of those present, the distinguished painter Hale Woodruff, asked the question: “Why are we here?” He suggested, in answering his own question, that we, as Negroes, could not fail to be touched by the outrage of segregation, or fail to relate to the self-reliance, hope and courage of those persons who were marching in the interest of man’s dignity.

In examining ourselves, we soon realised we were also examining the present health of a wounded American society, as well as much of Western culture. Despite many varying viewpoints, the members of the group felt they had something definitive and positive to affirm. If possible, in these times, we hoped with our art to justify life. In time we came to depend upon one another, and perceived that talent and aptitude were not the only means needed for creativity, since creativity is an aspect of human behaviour, comprehensible only in terms of a dynamic social relationship.

As a symbol for the group we chose a spiral—a particular kind of spiral, the Archimedean one; because, from a starting point, it moves outward embracing all directions, yet constantly upward. 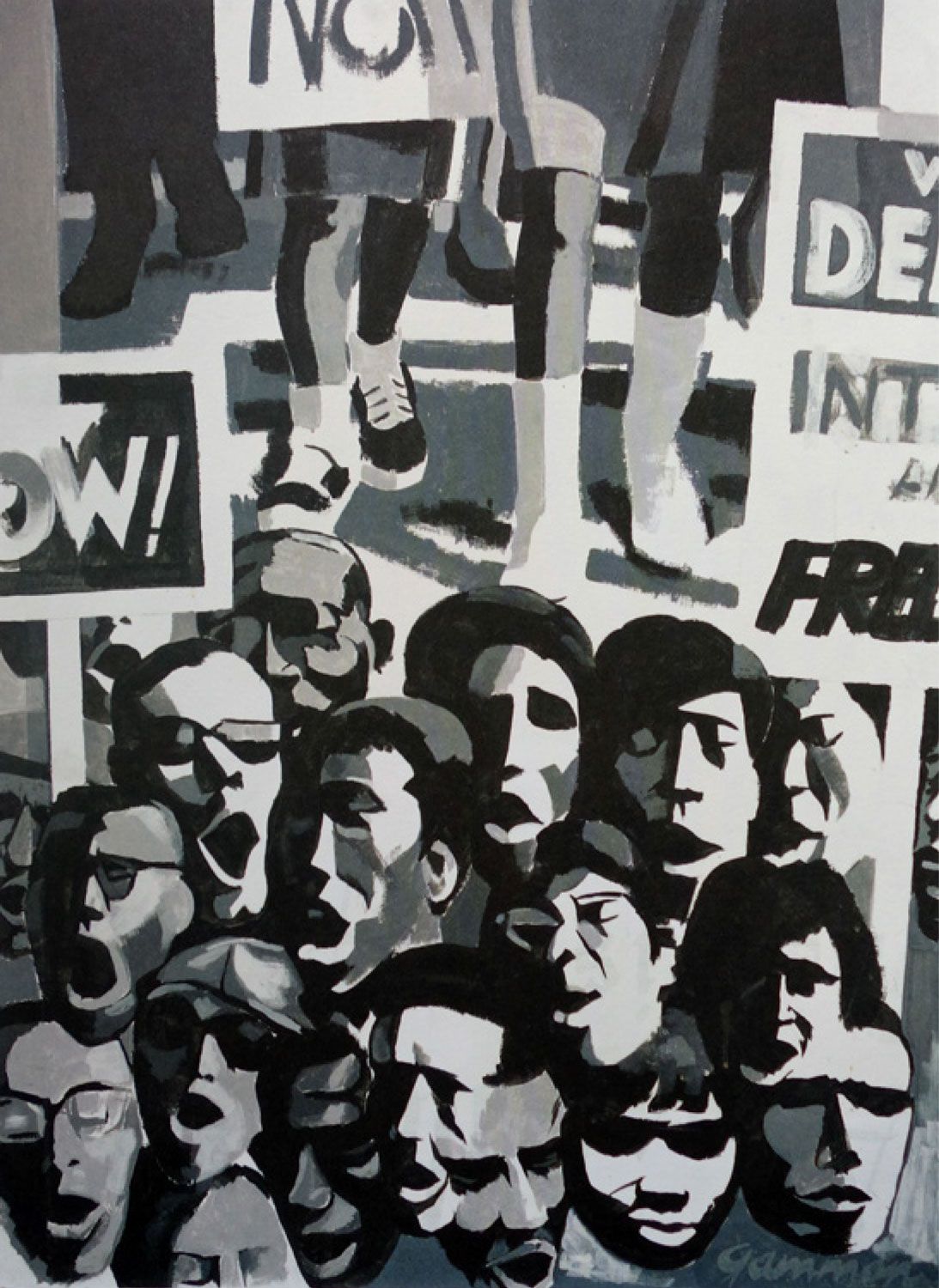 Now, after nearly two years of having been together, we have decided for our first public exhibition to use only black and white and eschew other colouration. This consideration, or limitation, was conceived from technical concerns; although deeper motivations may have been involved.

It will be apparent that the works do reflect varying feelings and approaches to art: several reveal that the artist’s eyes were fed by nature; another, the painter’s basically emotional response; works of Reginald Gammon and Merton Simpson are configured with violent images of conflict; in contrast, the graphics of Bill Majors are lyrical and richly textured; Hale Woodruff’s painting, despite a surface freedom, has deliberate exactitude and design.

Time, and judicious judgement, will determine the lasting merit of the work on exhibit. What is most important now, and what has great portent for the future, is that Negro artists, of divergent backgrounds and interests, have come together on terms of mutual respect. It is to their credit that they were able to fashion artworks lit by beauty and of such diversity. 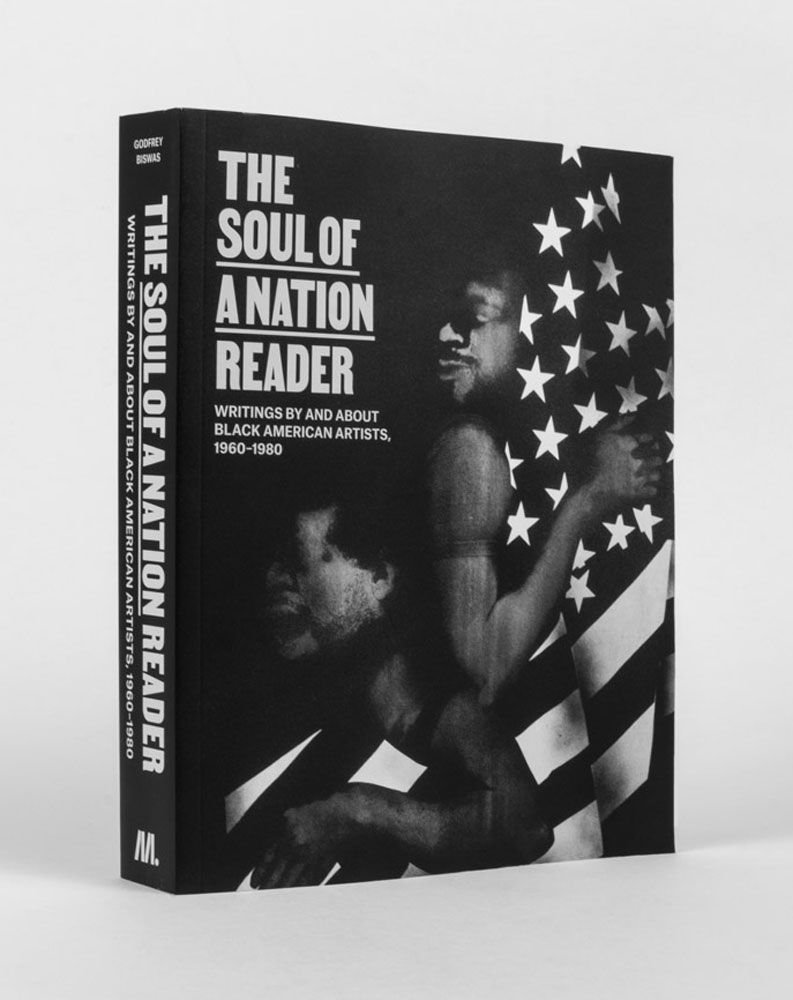 The Soul of Nation Reader: Writings by and About Black American Artists, 1960-1980