The British artist duo show us around their London stomping ground

In the 50 years since the British artists Gilbert & George met as students at St Martin’s School of Art and moved to Spitalfields, the East London neighbourhood has seen Jewish bagel shops giving way to Bangladeshi curry houses, which are now being replaced by trendy cafés. The changing face of Spitalfields has inspired the duo’s most recent series, the Beard Pictures, which refer to everything from Santa Claus to Shoreditch hipsters and will debut this autumn at White Cube in London, New York’s Lehmann Maupin and Galerie Thaddaeus Ropac in Paris. We took this opportunity to let Gilbert & George show us around their stomping ground. 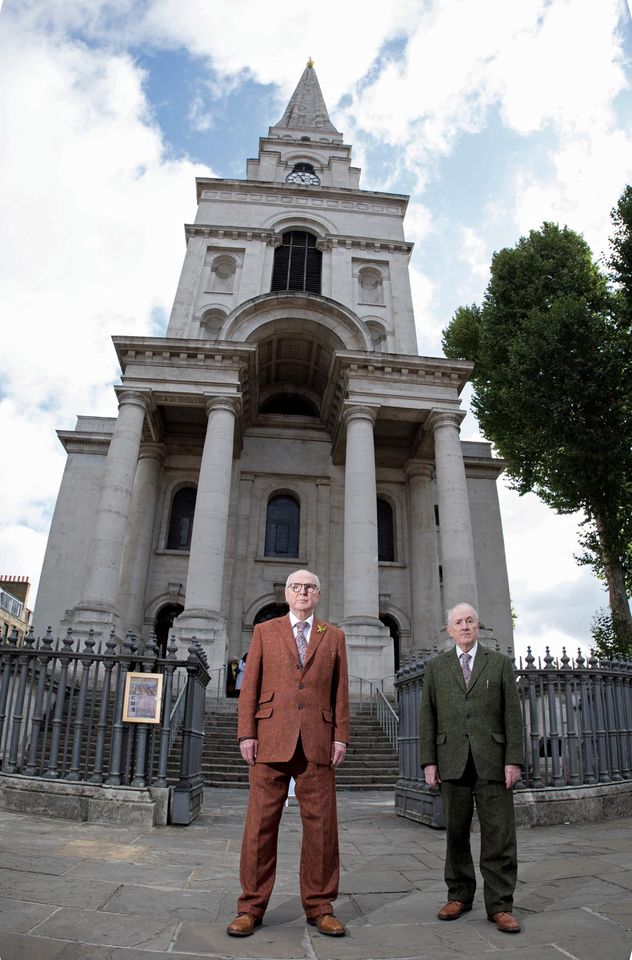 There’s wonderful scandal to do with the church from the early 1970s, when it was derelict. We were in the middle of a photoshoot in the church when the burgher ran out and said: “Oi, we don’t want people like you in here!” He was totally homophobic. The modern vicars are fine, but we don’t care what they say because we are not believers. We’ve had the genius of Darwin. 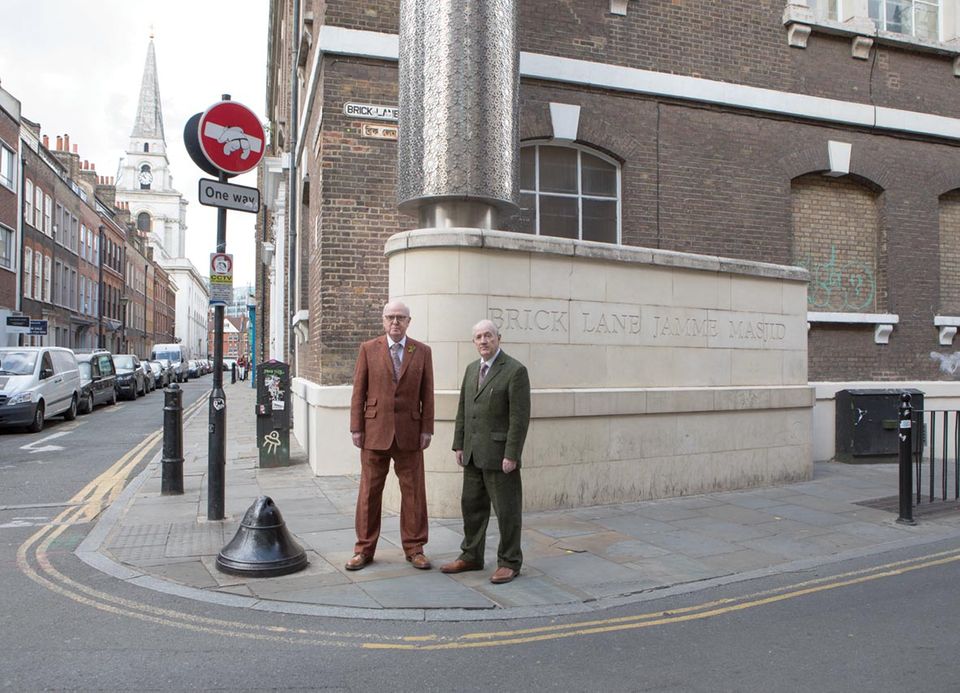 Gilbert and George photographed in and around Fournier Street David Owens

It was a synagogue when we were students and it was a Huguenot church long before that. It became a mosque in the 1970s. You could ask anybody what’s coming next and nobody could guess. We imagine it will be social services of some kind, maybe for unmarried drug addicts. 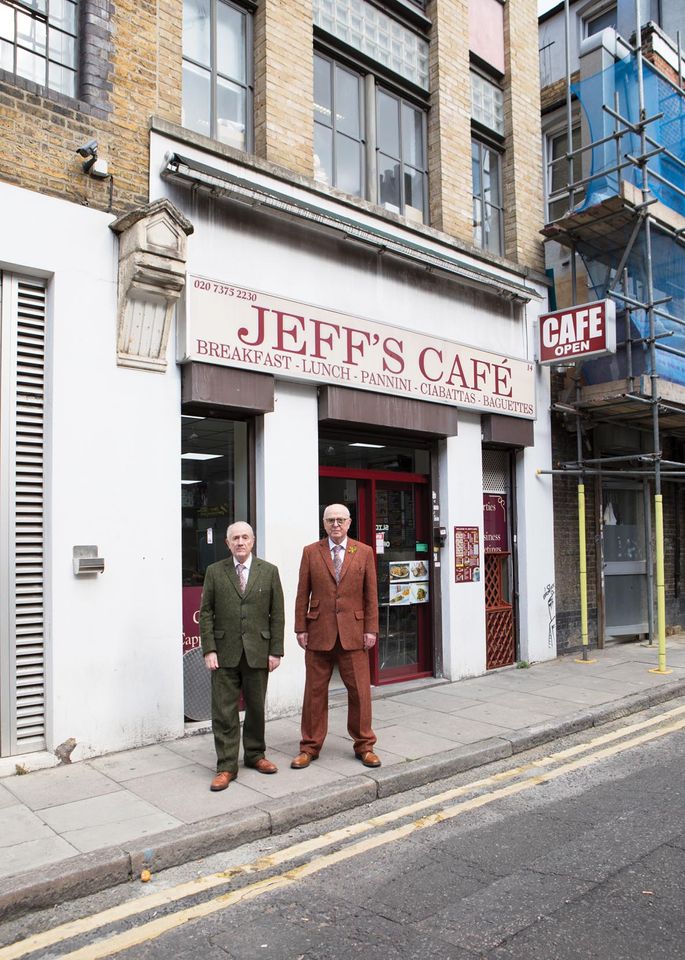 Jeff’s is an ordinary English café that happens to be run by a Turkish husband-and-wife team. We lost our favourite restaurant, the Market Café, where we breakfasted and lunched for 30 years. They’re all closing because it’s so trendy that the rent is too expensive. Every Saturday we go to Franks, a café run by two brothers and their mother from Naples. Frank, the father, died, but they have a shrine in the corner with his photo and a crucifix. It also has a little cup of coffee that they fill every day and which apparently gets drunk. 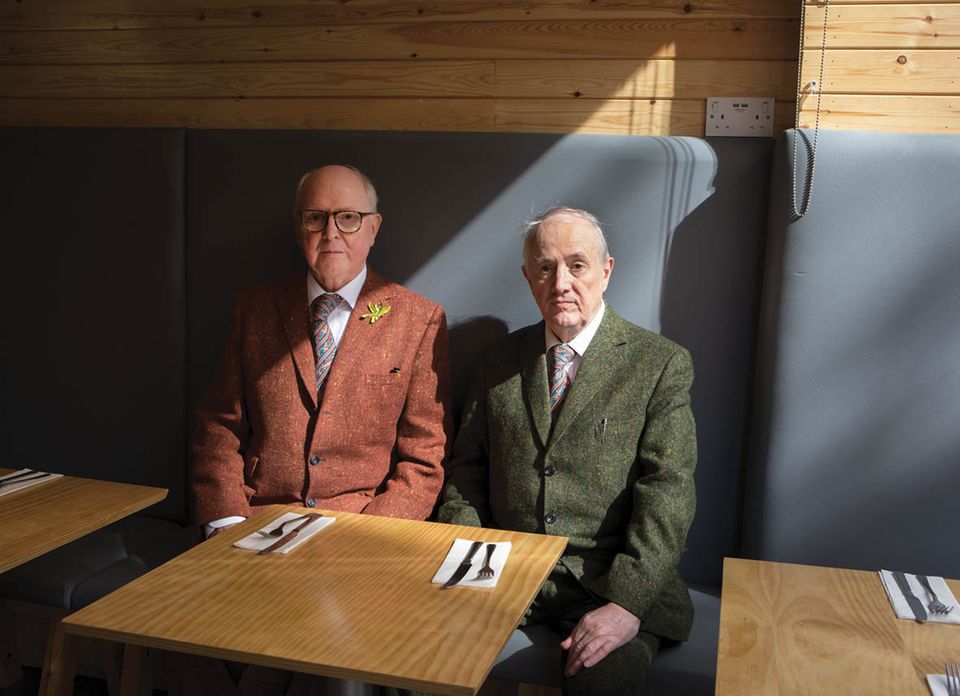 It’s Bangladeshi handi food, which is home cooking. We’ve been coming here for 40 years. We have a special relationship with the son; we get the Muslim hug, three times. It’s an honour. We’re loyal—once we decide, that’s it. We never change our mind. We don’t like having to think about where to eat every night. We like to keep our heads free. Our pictures take such concentration; we are not like other artists, we don’t have assistants. We want to keep the art original, made by us. We moved to the ground floor here in 1964 when the monthly rent was £16. We bought the building in 1973 and were the first to restore a house in Fournier Street. They were all factories back then: button-makers, furriers and hat-makers. We bought the second house [for £265,000]. Twenty years later, we reminded [the seller] that he had said we were mad to restore it. He said: “I wish I’d been mad like you.” Gentrification is a cliché of nonsense. The gentry wouldn’t come to London anyway—they are hunting foxes in the country. There’s not one gent in this street. 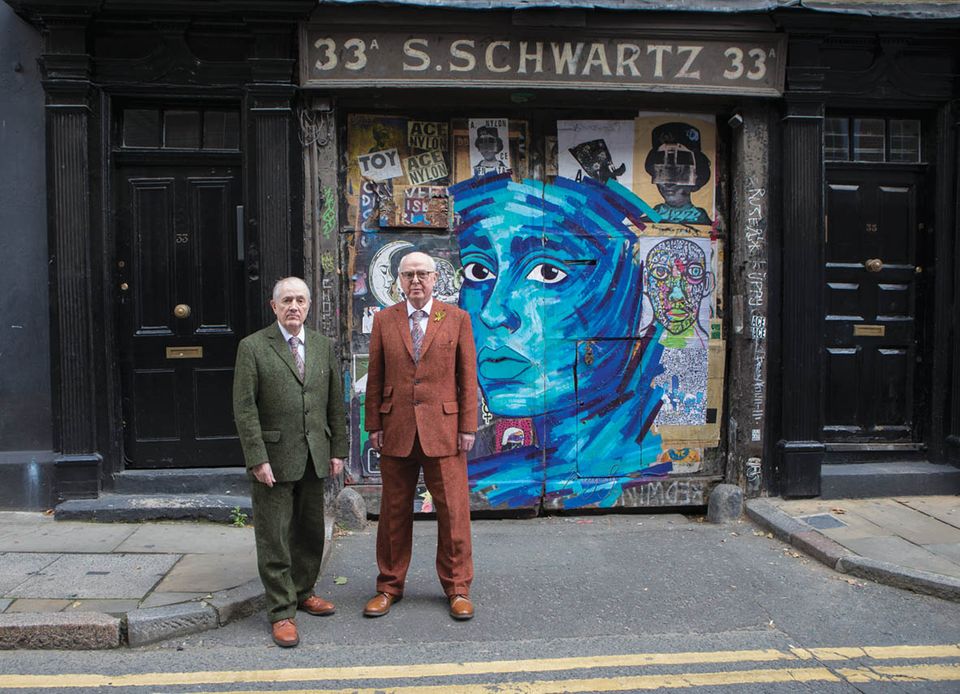 Gilbert & George with some graffiti on Fournier Street David Owens

People come from all over to photograph street art around here. It’s the most middle-class activity, it’s extraordinary. One bit of graffiti read: “I would wallop Gilbert but not George.” We took a picture and made an image out of it. Nowadays, there isn’t much graffiti, it’s all street art. Our favourite one featured the world’s most famous words: prostitute, breast, penis, arse. It’s the closest thing to freedom of speech you can get.