Think differently and "belong to the public"

The very day that Sophie Makariou took over as the director of Paris’s Musée Guimet, she met a young Indian doctor on a train. “I would love to see some Indian art while I am here,” he said. “Go to the Guimet,” responded Makariou, to which he replied: “What is that?”

The fact that he had not even heard of the venerable institution, founded in 1889 by Emile Guimet and holding one of the world’s top collections of Asian art, showed Makariou the extent of the task ahead of her.

Indeed, the museum was in turmoil when Makariou, a specialist in oriental antiquities, was named director in 2013. She arrived from the Musée du Louvre, where she had spent 19 years, notably creating and heading up its department of Islamic art. Attendance at Guimet had slumped from 440,000 in 2001, when it reopened after a long refurbishment, to just over 200,000 when Makariou arrived. “Before me there had been two brief presidencies, with a lot of conflicts,” she says. “I did hesitate before taking it on!”

But Makariou set to work with her habitual energy. “The first thing was to change mentalities,” she says. “Before, the thinking went: ‘we have the buildings, the collections, the knowledge—the public can come if they like’.”

Instead, the museum staff had to think differently and “belong to the public”, Makariou says. “Our team had worked well doing research but not necessarily thinking how to make the museum as open as possible. It was stuck in the 20th century but I wanted to make the staff feel part of a 21st-century museum. Bringing in more visitors, and younger visitors, was something we all needed to work for and be proud of,” she says. 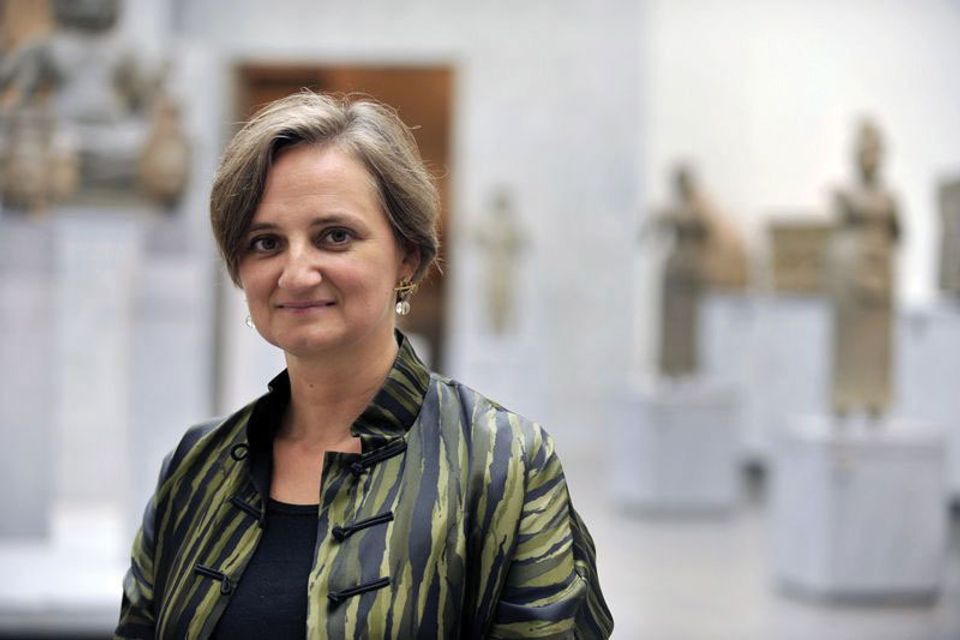 Makariou reinstated the museum’s original name, Musée national des Arts Asiatiques–Guimet to better clarify its mission. A dragon at the end of the logo underlines the Asian aspect.

An extensive social media campaign was launched, on Instagram and elsewhere, with staff members in their twenties tasked with communicating the museum’s exhibitions and events.

The labelling of exhibits was greatly improved, too, making them more accessible. “In our surveys we have noticed that visitors are commenting favourably on this,” Makariou says. Exhibition titles were also made clearer. “We had a series about Japanese calligraphy called ‘Sho’—incomprehensible to most people! In the third edition we added ‘The Empire of Ink’ and it was super successful,” Makariou says. “Often small changes can make a big difference.”

Attendance has now recovered to around 380,000 in 2017, although as Makariou explains, this does not entirely reflect reality, as around 25,000 more visits should be added as part of a “two-for-one” ticket programme brought in at the end of 2017; visitors get a second visit for free within a fortnight. “There is so much to see at the museum, our exhibits change constantly, so we give a second entry free,” Makariou says. “One out of four people have come back again using the double-entry ticket but because it was only adopted recently, we will have to wait for the end of this year to see the final results.”

Most significantly, the number of visitors aged between 18 and 26 has leapt—by 40% in 2017 compared with 2016. A big element here is the invitation to DJs to hold concerts in the museum’s Khmer court, in the evenings, with free entry. These “Guimet [Mix]” concerts see the musicians inspired by works from the institution’s extensive musical archives. “The concerts make up for our lack of late openings,” Makariou says. “Visitors can wander among the Southeast Asian, Indian and Cambodian antiquities on the first floor during the concerts. This has encouraged young people to return.”

And what challenges does she face? “The budget!” she says. “We are worried about this. Today we seem to be talking to the ministry of budget rather than that of culture, and we wonder what support we will get when we have difficult decisions to make. But it’s up to us to press forward—with our own energy and faith.”