In Pictures | Artists' astrological images through the ages

A new book explores the long and changing history of how horoscopes were depicted, from 15th-century Bohemian scorpions to the abstract paintings of Hilma af Klint

Over the course of millennia, astrology has been regarded as a science, an art, a black magic, and, now, mostly a pop-culture phenomenon. But humans have long sought guidance from the stars and artists, inspiration. From the Limbourg brothers’ detailed cosmic calendars that grace the pages of the 15th-century book of hours made for the Duc de Berry, to Hilma af Klint’s mystical sign-filled paintings created by channelling and meditation in the 20th century, the visual record of the dance of celestial bodies is as varied as it is timeless.

Our collective fascination with the cosmos and its influence on Earth and its inhabitants is beautifully illustrated by artists spanning centuries in Taschen’s latest addition to its Library of Esoterica series, the volume Astrology, edited by Jessica Hundley. “Creatively, we continue to interpret the skies. The evolution of astrological art moves parallel with our own progressive growth as humans,” Hundley writes in her preface to the book. “Each generation finds its own connection to the cosmos within art and imagination, expressing individual experience through astrology’s universal language.”

The book delves into each of the 12 zodiac signs, as well as the meanings of astrological houses and planetary aspects, all of which make up what is known as a birth chart. But even for those less interested in the stars and more interested in the arts, the tome offers a visually lush survey of how artists like Joan Miró, af Klint, Niki de St Phalle, Xul Solar, Betye Saar and countless others have and continue to interpret the Earth’s horological spiral and our small but shining moments as we take turns around the sun.

Below is a selection of works from Astrology that details the many aspects of the zodiac and its interpretations. 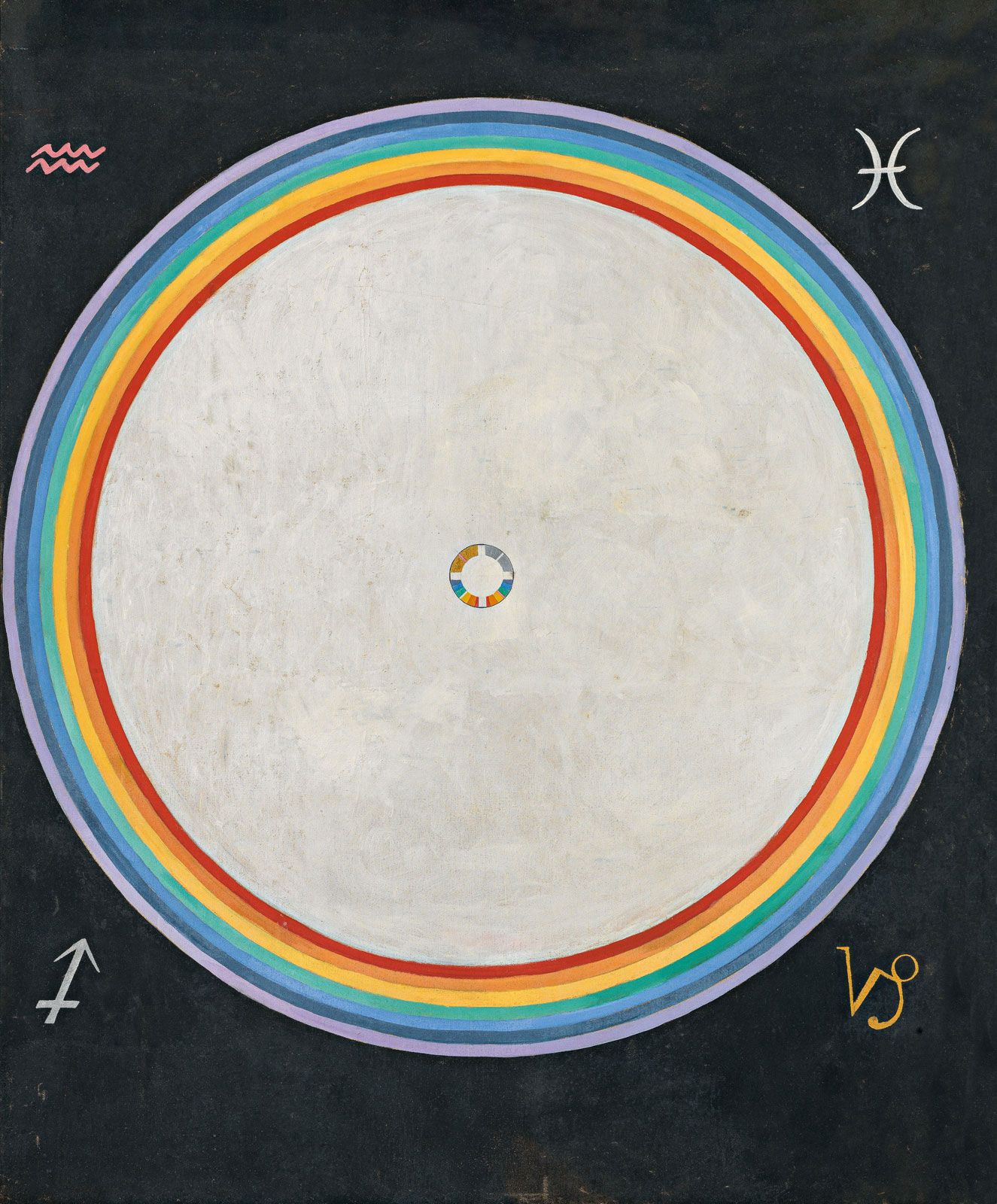 Hilma af Klint often incorporated occult imagery and metaphysical aspects in her works, including astrological symbols like those featured in the corners of this painting. 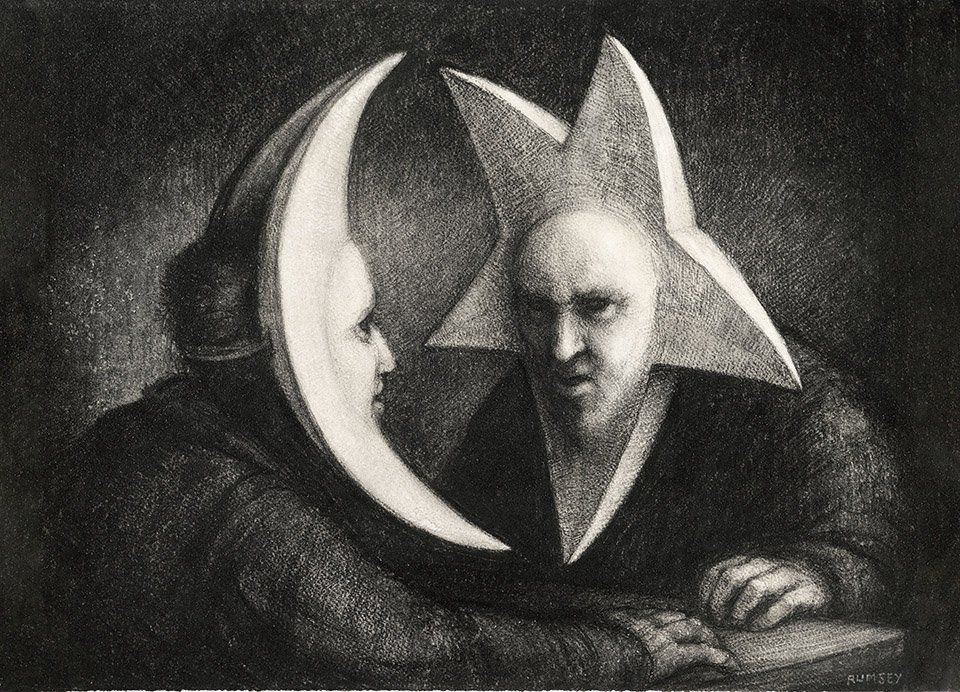 Inspired by the works of Goya and Bruegel, the British artist Paul Rumsey describes his art as “metaphoric realism,” as he often uses visual metaphors to explore arcane and esoteric themes. 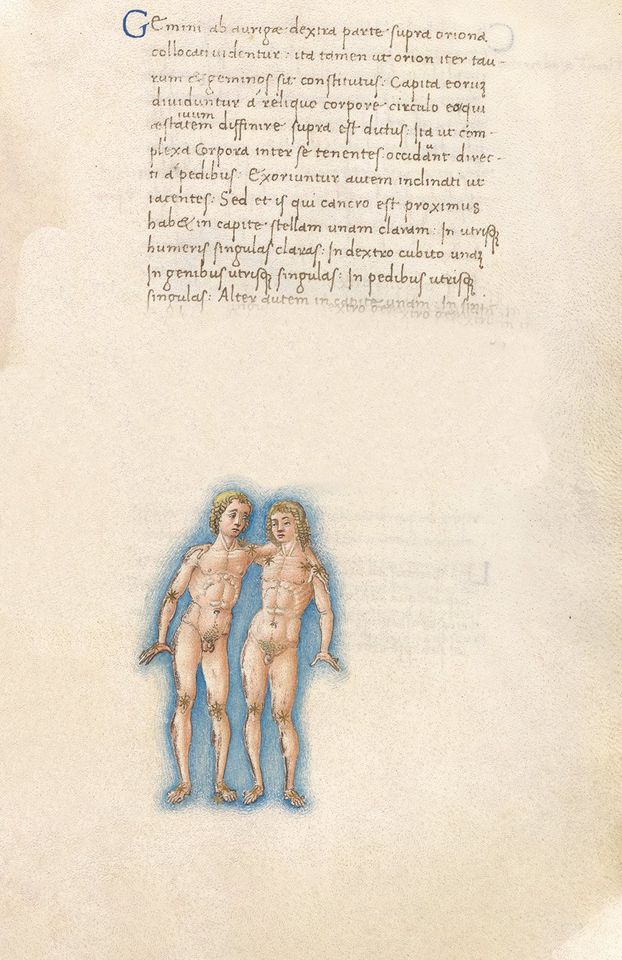 According to Greek myth, the immortal Pollux so grieved the death of his mortal twin, Castor, that their father, Zeus, united them again in the heavens as the constellation Gemini. 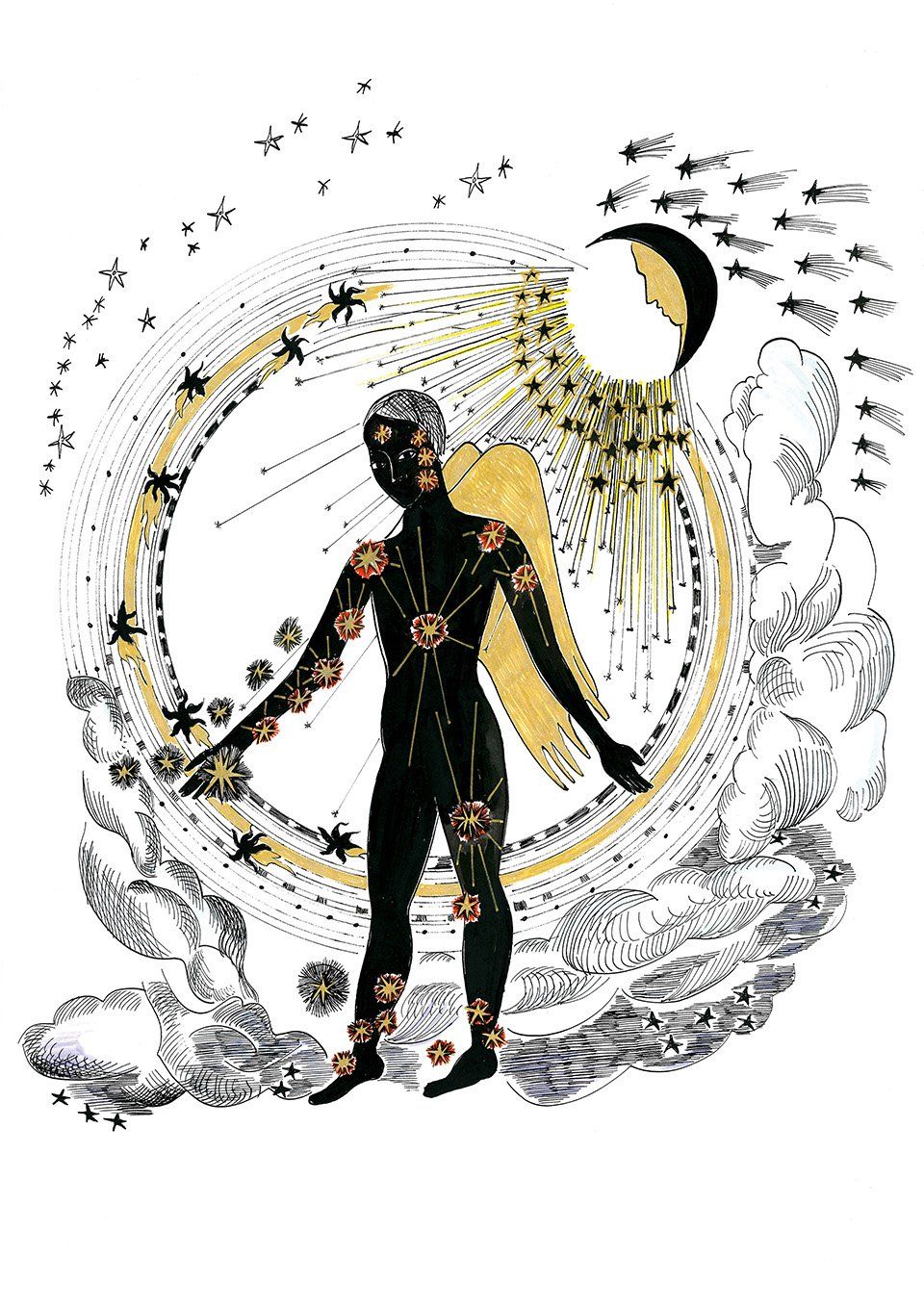 In a nod to the fashion line’s founder, Christian Dior, and his passion for esoterica, creative director Maria Grazia Chiuri launched several zodiac-inspired designs for the fashion house’s 2017 couture collections. 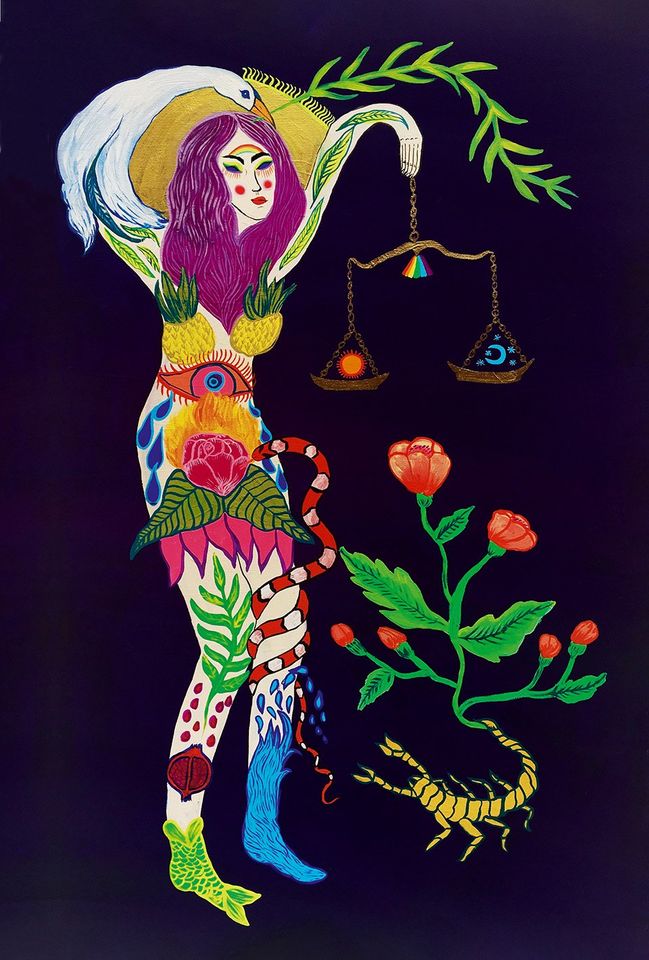 The ancient Greeks called this constellation the “Claws of the Scorpion,” and saw it as an extension of Scorpio. During the first century, the Romans renamed the constellation for the scales of justice held aloft by Astraeia (Virgo). The US artist Meagan Boyd combines them to create Libra Cusp, a nod to the changing date between zodiac signs. 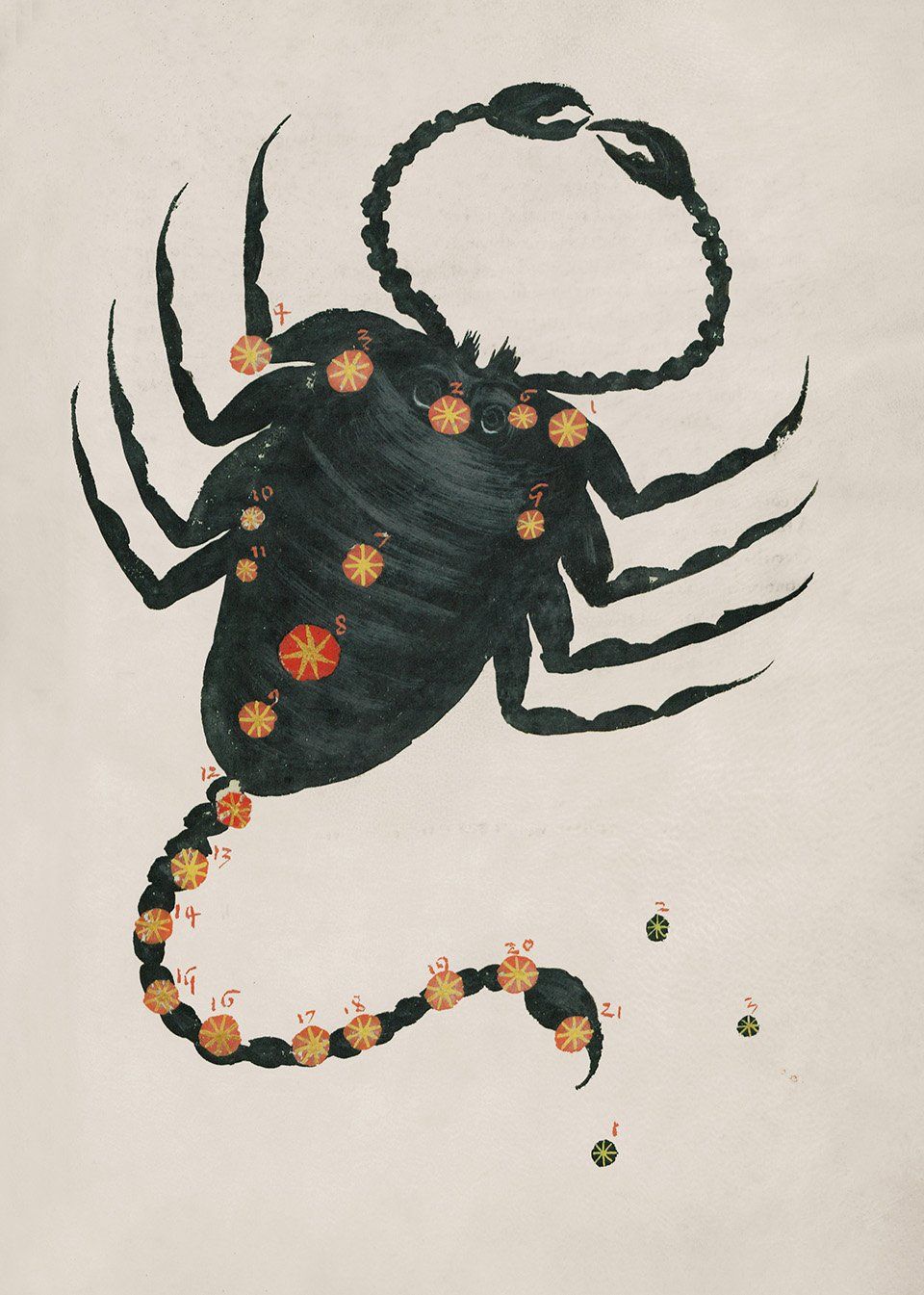 Scorpions are nature’s ultimate survivors, deified by ancient Egyptians in the form of Selket, a scorpion goddess who reigns over fertility, nature, medicine, magic and healing.