From 'piecemealing' medievalist to TV darling: how Janina Ramirez is championing slow media about culture 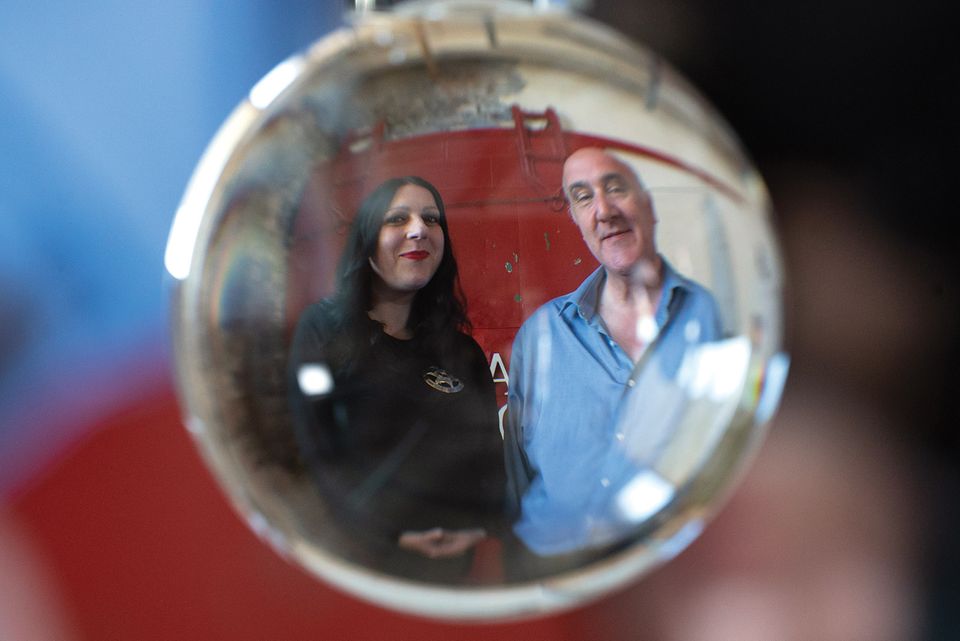 You might have been forgiven for thinking that this autumn on BBC Four was Janina Ramirez season. First, in September, she presented Raiders of the Lost Past, a brilliant series about three archaeological finds made in 1939: the Sutton Hoo burial, the palaeolithic Lion Man found in Nazi Germany, the Olmec civilisation of Mexico. Then, three weeks after the last episode of that series, she was back on screen as a co-star in another new programme: Handmade in Bolton, directed by the critic and broadcaster Waldemar Januszczak, in which she challenged Shaun Greenhalgh, a reformed convicted forger, to recreate artefacts of the past—from a Visigothic cloissoné brooch, to a Palissy rusticware plate and an Islamic rock crystal vase.

“I never dreamt that [television] would be my pathway,” says Ramirez. She was discovered by the BBC in 2009 through “complete luck and happenstance”, after finishing her PhD in Anglo Saxon art, literature and culture at the Centre for Medieval Studies in York (she now runs the History of Art course at the department for continuing education at the University of Oxford). She was a “piecemealing” medievalist, “working for peanuts” when a BBC researcher called her about a potential programme about the Anglo Saxons—she was the second Anglo Saxon art expert to come up on Google: “The first person was actually my PhD supervisor, and she was in Australia, so she couldn’t take the call.” Ramirez says she “burned [the researcher’s] ear off for hours on the phone telling him everything I love about Anglo Saxon art”. Months later, another call: “They wanted to put me in front of the camera.”

She had only had a brief cameo on screen before and adds that she “didn’t have a clue what to do”, though she seems immediately accomplished as a presenter when you watch 2010’s Treasures of the Anglo Saxons today. But Ramirez was among a number of academics and curators who began to present much of BBC Four’s and BBC Two’s output in that same era, including the classicist Mary Beard and the historian Lucy Worsley. It was a bold decision: being an expert in your field doesn’t guarantee that you can be an effective communicator on television, so “putting the two together was a punt”, Ramirez says. “They’re giving people the platform to be passionate about the stuff they know. Not to just be a talking head that’s handed a script, but to be truly invested in the programmes they’re making.”

And she has never been more invested, she suggests, than in those two most recent shows. “What you get in Raiders is absolutely pure me—there’s no filter between me talking off-camera and me talking on-camera. I could tell the story I wanted to tell: the story of discovery, the story of excitement.”

[Viewers] want to be taken on a journey that’s slow

Meanwhile, Handmade in Bolton “has been a complete revelation”, she says. “It’s been possibly the most exciting thing I’ve worked on.” Greenhalgh is a quiet on-screen presence: he does most of his talking through making, so Ramirez gives the programme an ebullient energy. She appreciates the way Greenhalgh is “teaching me about materials and techniques in the artefacts I’ve loved that go back thousands of years”, she explains, adding that “to understand the skill and the craftsmanship, that’s always been one step removed from my knowledge as an academic”. Greenhalgh “is filling in those gaps”, she says.

She calls Handmade in Bolton “slow TV”, in the best sense, and feels the same about podcasts. Art Detective features Ramirez in discussion with a guest, mostly about one work per episode. “There are thousands of people out there wanting to develop their knowledge in a way that’s properly informed,” she says. “They want to go to a source they know is reliable, and they want to be taken on a journey that’s slow: it could be 40 minutes, it could be an hour, sometimes my podcasts run over and I don’t care. I’m not watching the clock—we’re just two people talking and enthusing about an artwork.”

The idea was partly inspired by her specialism. “Medievalists don’t have a glut of things to look at. So often, you’ll get one image that you work on for a year. And you just pull it apart bit by bit, so you become quite forensic about how you approach an artwork.” The podcasts feature guests you might expect—Januszczak, well-known art historians like Martin Kemp—as well as less obvious art lovers like Philip Selway, the drummer from the band Radiohead. “I do them because I learn in the process,” Ramirez says. “I make friends in the process, meet new people and share exciting conversations.”

• Handmade in Bolton and Ramirez’s The Search for the Lost Manuscript: Julian of Norwich are on BBC iPlayer until 12 November and 8 November. Her podcast Janina Ramirez: Art Detective is available on various podcast apps. Her second children’s book Way of the Waves (Oxford University Press), and a Ladybird guide to Beowulf are available now.