Away from Frieze’s bright white tents in Regent’s Park is PAD London (until 8 October), a softly lit, chic enclave in Berkeley Square, Mayfair, that mixes Modern and contemporary design with art, jewellery and tribal and ancient art. Here is our pick of highlights from the 11th edition of the fair, from 19th-century botanical models and Mayan knuckledusters to the playful designs of Nacho Carbonell. 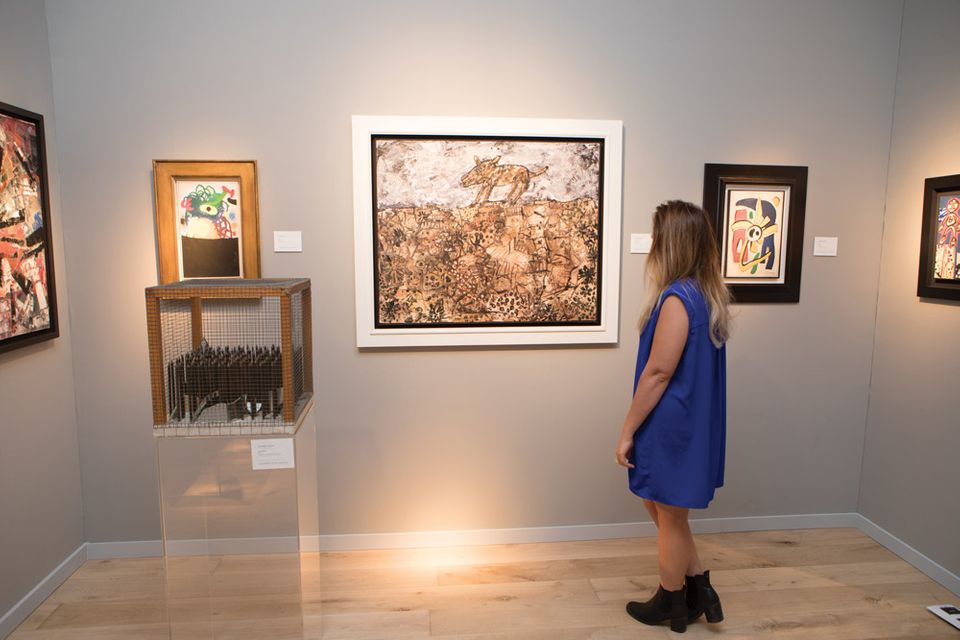 The mischievous dog in this typical 1950s Dubuffet landscape is both a tenacious self-portrait and an expression of the artist’s vision of the untamed spirit of Art Brut, with sand and grit worked into its surface to reflect the savagery of life. The work has passed through many private collections since it was first exhibited in 1956, including that of the renowned collector Stanley J. Seeger. 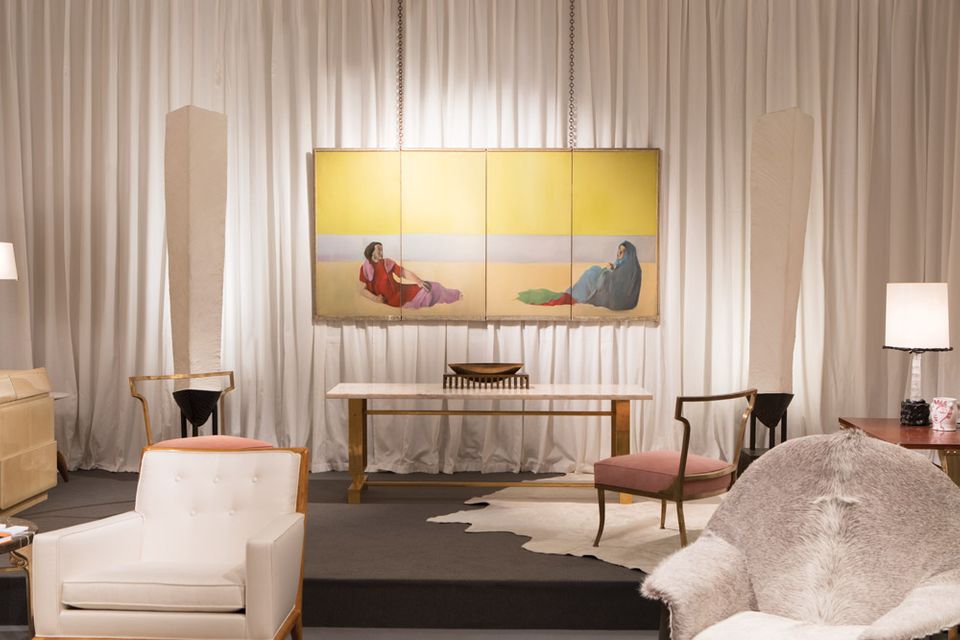 A darling of inter-war bohemian Paris, Bérard is best known for his fashion illustrations and costume designs, but during the late 1930s, he began working with interior and furniture designer Frank to create designs for textiles, trompe l’oeil scenes and painting screens. This piece was commissioned by Claire Artaud, an active supporter of artists and designers. In 2000, the screen sold for $94,000 at Christie’s, New York. 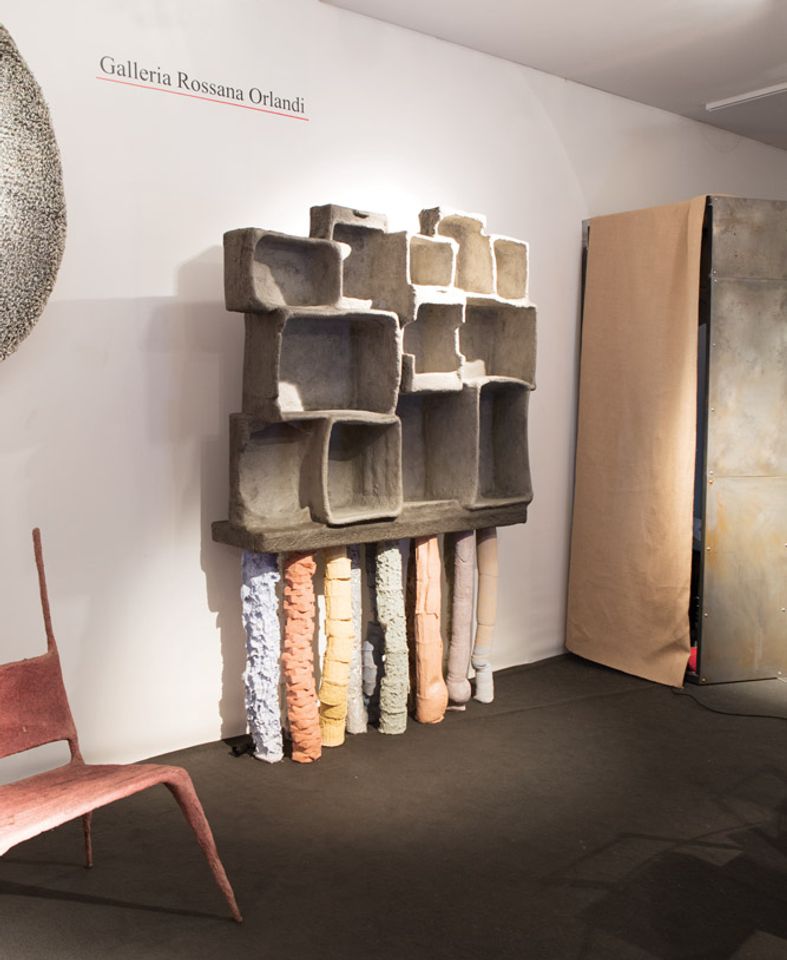 The Spanish designer creates outlandish, anthropomorphic works infused with his playful personality—the antithesis of sleek, Minimal lines. “I like to see objects as living organisms, imagining them coming alive and being able to surprise you with their behaviour,” he says. Carbonell’s work is collected by the actor Brad Pitt, among others. Galleria Rossana Orlandi, which is exhibiting at the fair for the first time, is showing this new commission: a jumble of “fossilised” cardboard boxes atop pastel stilts, made entirely from concrete, and weighing a hefty 370kg. 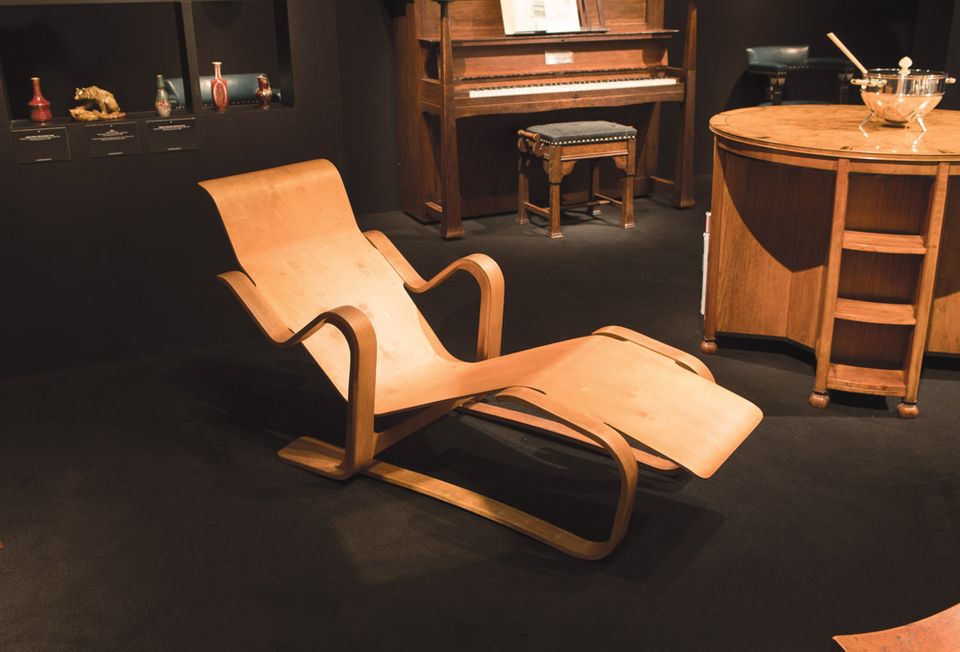 Breuer was among the Modernist designers to seize upon the versatile charms of plywood. The Long Chair, made from a bent birch frame and moulded birch-faced plywood seat, was Breuer’s first experiment with bentwood and his debut production with the Isokon Furniture Company. This piece was originally owned by Leslie Martin, the architect of London’s Royal Festival Hall and a friend of Isokon founder Jack Pritchard. 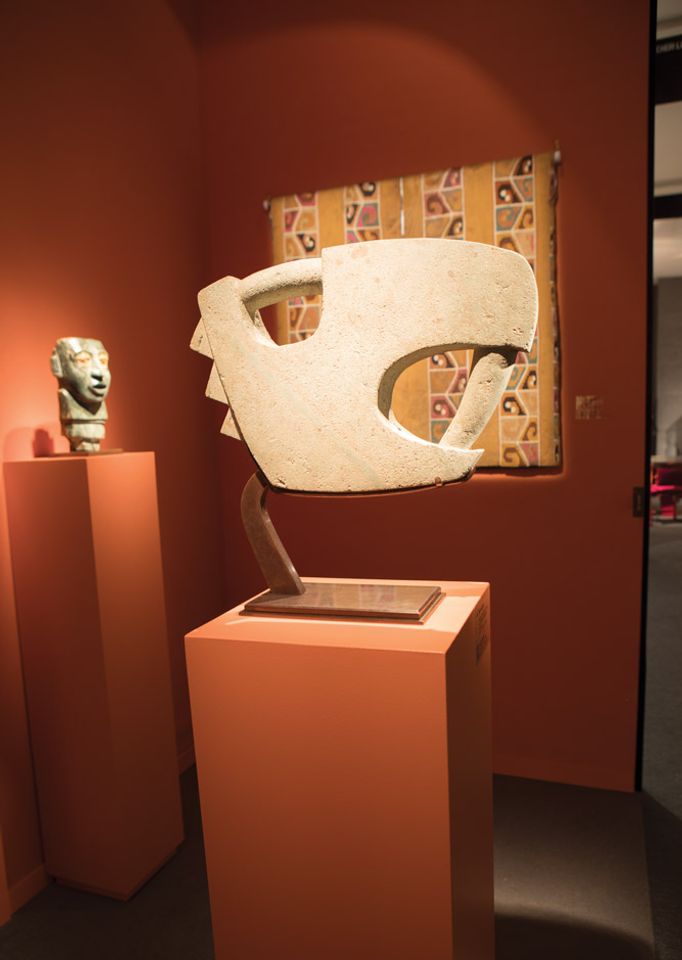 These Pre-Colombian knuckledusters, or manopla, were used in ancient Mesoamerican boxing matches and ball games. This green greywacke example is of the candado, or padlock, type and is unusual in its spare, modern form and stylised design. The sawtooth motif at the back of the head represents the skull of Quetzalcoatl, a feathered serpent. Too heavy for practical use, stone versions such as this were probably created for ceremonial purposes. 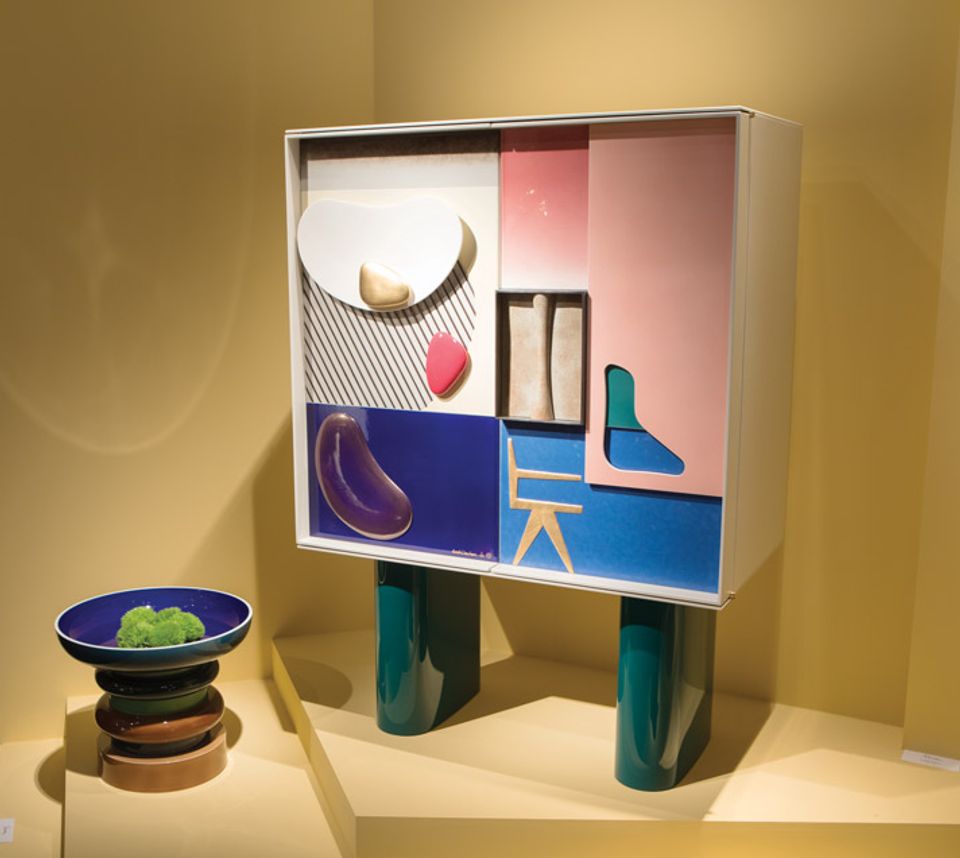 For most, the name Sèvres means fine porcelain tableware, not furniture. Yet the French factory has also historically produced furnishings, although its furniture production went quiet for several decades—until now. Unveiled at PAD is a new range of pieces by contemporary designers, including the British duo Doshi Levien, who have created this cabinet, embellished with enamel panels in bold, Pop tones. 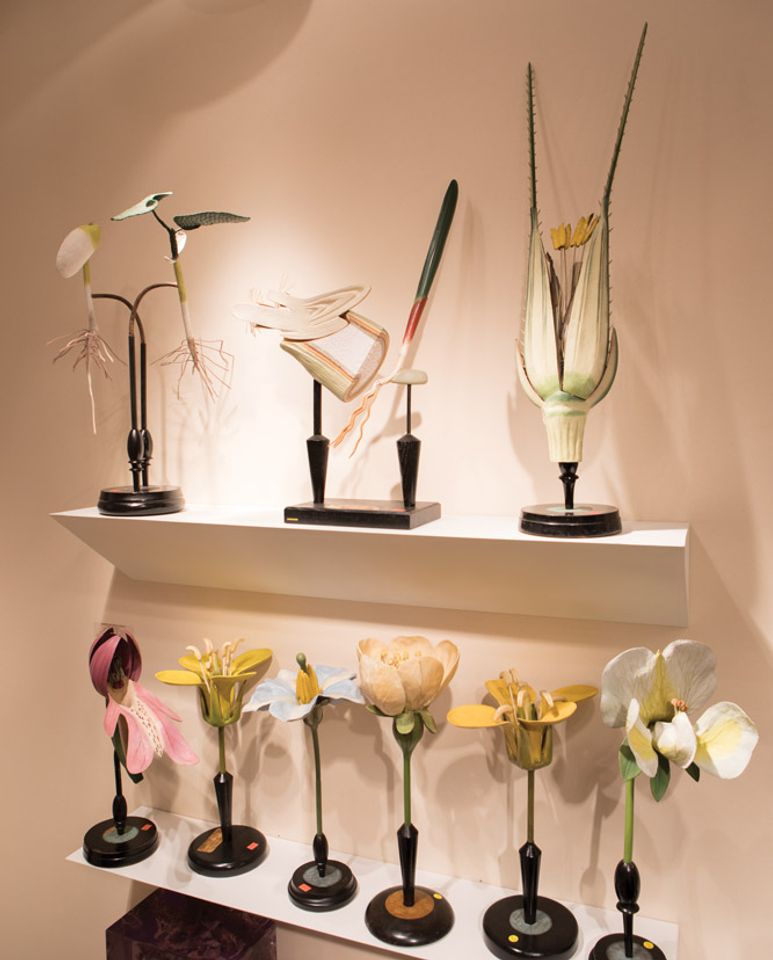 In the late 19th century in Breslau and Berlin, this father-and-son team produced didactic models of flowers that are as beautiful as they are accurate. Made predominantly from papier maché, they also include wood, textiles, feathers and gelatine. They were in demand as teaching aids for botanical and biological studies, and many universities bought pieces from the Florentine dealer Alberto Dall’Eco. PAD’s fair director, Patrick Perrin, is a fan. 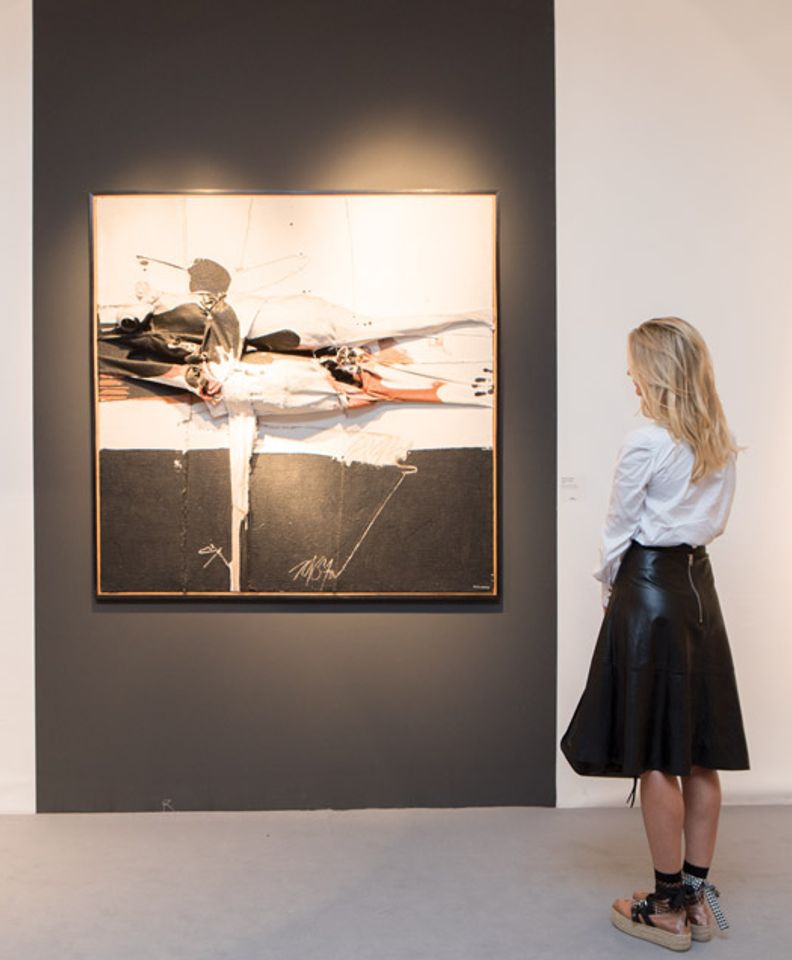 The self-taught post-war Spanish painter is known for his experiments with burlap. The violence he inflicts on this material—twisted, ripped, cut and bound—reflects Franco’s oppressive regime and the brutality of 20th-century European conflicts. Millares is less well known than his Italian Arte Povera contemporaries, but the gallerist Jordi Mayoral says that he is one of his generation’s best artists. “If he was Italian he would be much more expensive, but his market is getting stronger,” Mayoral says.