The architects who build art collections: from Phil Freelon to I.M. Pei

While architects and designers are often inspired by the works of artists, their own acquiring habits are as varied as their influences 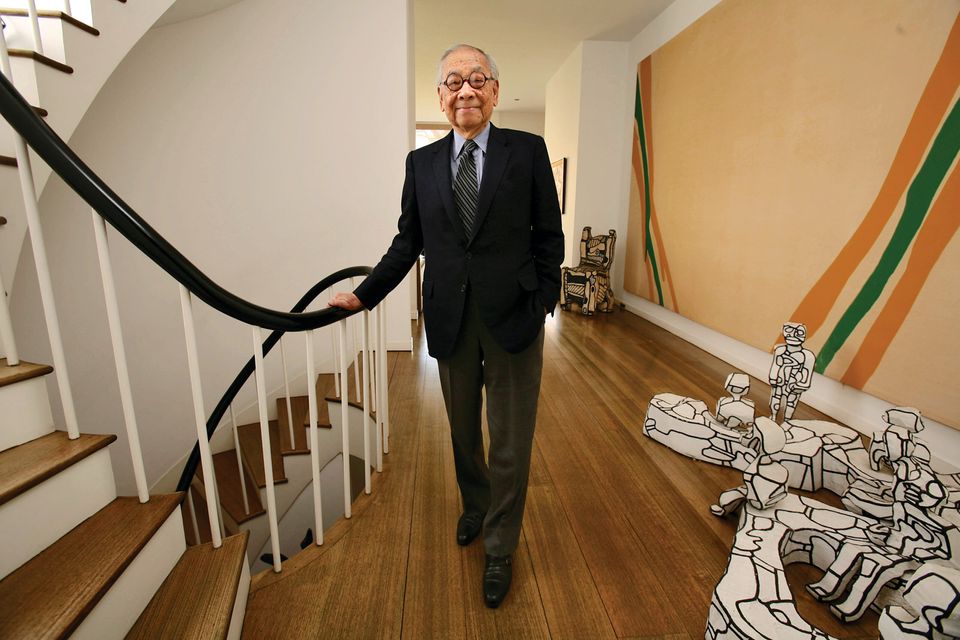 When the National Gallery of Art in Washington, DC, opened its East Building addition in 1978, one feature especially ensnared viewers: the so-called knife edge, a wedge-shaped projection along the Modernist museum’s western face. So many visitors took to running their hands along this 19-degree edge that they soon rubbed it smooth, and the prow now bears a perpetual smudge that museum staff have to routinely clean.

Along the same side of the East Building is another work that visitors cannot keep their hands off: Henry Moore’s Knife Edge Mirror Two Piece (1977). The five-ton bronze sculpture that stands just to the left of the building’s entrance was commissioned by the building’s architect, the late I.M. Pei. The two had worked together on other projects, but Pei had never asked the sculptor for a work of this magnitude before, nor would Moore have likely done it for any other architect.

“Many of these artists—[Jean] Dubuffet, Moore, Anthony Caro—became very close friends of my father during the process,” says Sandi (Li Chung) Pei, the architect’s son, speaking of artists who made work specifically for the East Building. “They have major pieces that were commissioned for the building by my father.” (Dubuffet’s intended permanent work, the joyfully monumental Welcome Party, was not fully realised because of costs and politics, but a half-scale version was temporarily displayed during the East Building’s opening.) 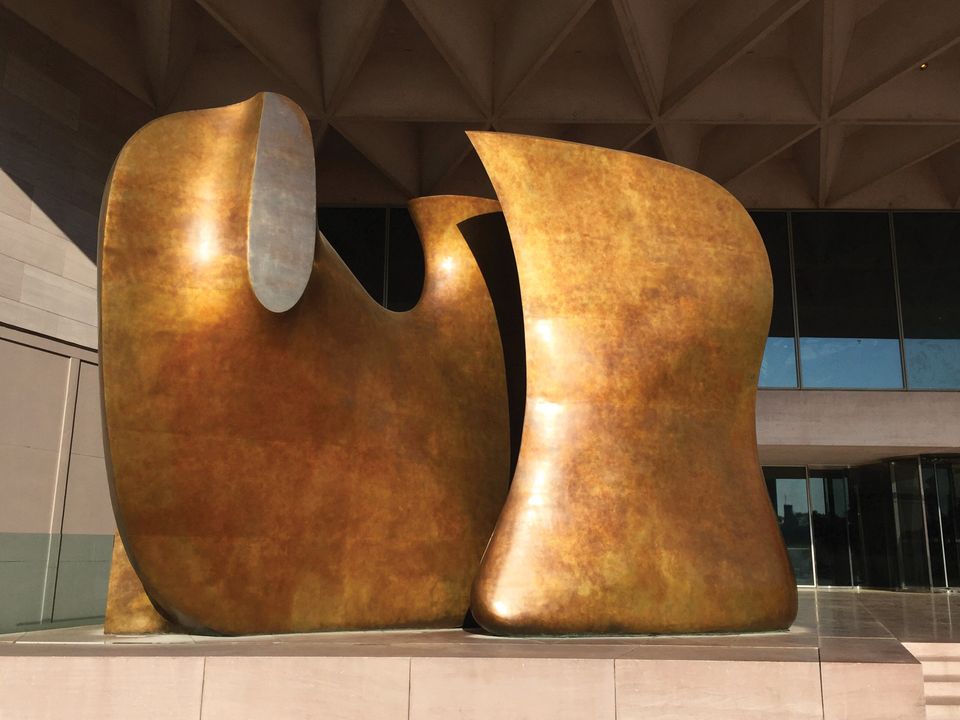 As a collector, Pei acquired post-war contemporary work for his home by artists he knew and admired: Dubuffet and Caro, Willem de Kooning and Franz Kline, Barnett Newman and Jacques Lipchitz, and others. In his office, he kept a painting that he loved by Morris Louis, one he eventually replaced with another work he treasured by Al Held. It might be more accurate to say that Pei’s relationships with artists turned into a collection. Most of the works he owned were gifts, according to Li. Some of those relationships in turn influenced aspects of his designs. The architect’s friendship with the Beijing-born, Paris-based abstract painter Zao Wou-Ki spanned his entire life—and it was Zao who introduced Pei to the French culture minister Emile Biasini when he was seeking an architect to renovate the Louvre.

Architects can be wary about discussing their practices in terms of art, despite the many formal affinities between the fields. But with those who develop a deep relationship with art, it is possible to trace a germ of an idea through their practices both as designers and collectors. Those activities can complement one another—or they can intentionally clash. 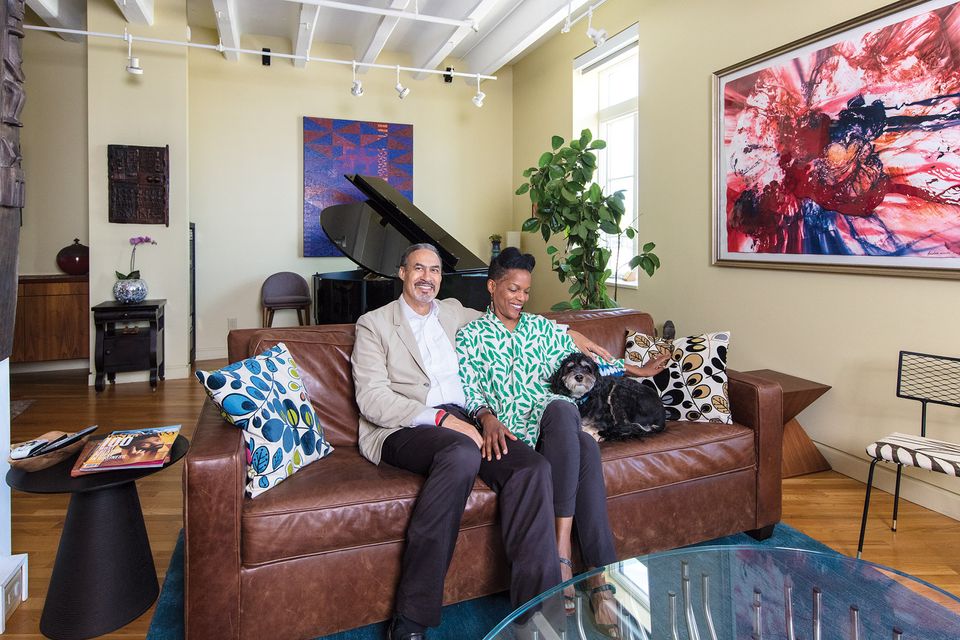 Phil Freelon, the late architect and co-designer of the National Museum of African American History and Culture (NMAAHC) in Washington, DC, was surrounded by art all his life. The collection in his home in Durham, North Carolina, includes work by his grandfather, Allan Freelon, the Harlem Renaissance painter, as well as paintings by his daughter, Maya Freelon, who will be showing her work in a solo exhibition at CAM Raleigh next year.

According to his son, Pierce Freelon, the architect always opened his door to artists. “A really prominent North Carolina painter, Beverly McIver, lived with us early in her career,” he says. “We had this big old house, an eight-bedroom home, and there were five of us. Sometimes those other rooms would be occupied [by artists].” His parents also collected many of McIver’s expressive portraits, Freelon says.

Phil Freelon often cited art as a direct inspiration in his work. The tiered corona of the Smithsonian Institution’s NMAAHC building, which Freelon designed with David Adjaye and the late J. Max Bond, was modelled after the crown typically seen in traditional Yoruban caryatid sculptures. His palette of rich, warm tones, including browns and bronzes, distinguished his many designs for African American history and cultural centres, according to Phil Harrison, the chief executive of Perkins + Will, the firm that absorbed Freelon’s practice in 2014.

“While you could argue that he was educated in the establishment, he managed to find a way to express himself in ways that I always found to be slightly different,” Harrison says. “He came out of the canon of modern architecture but he also always used texture or colour in ways I didn’t see many other architects doing at the time.” 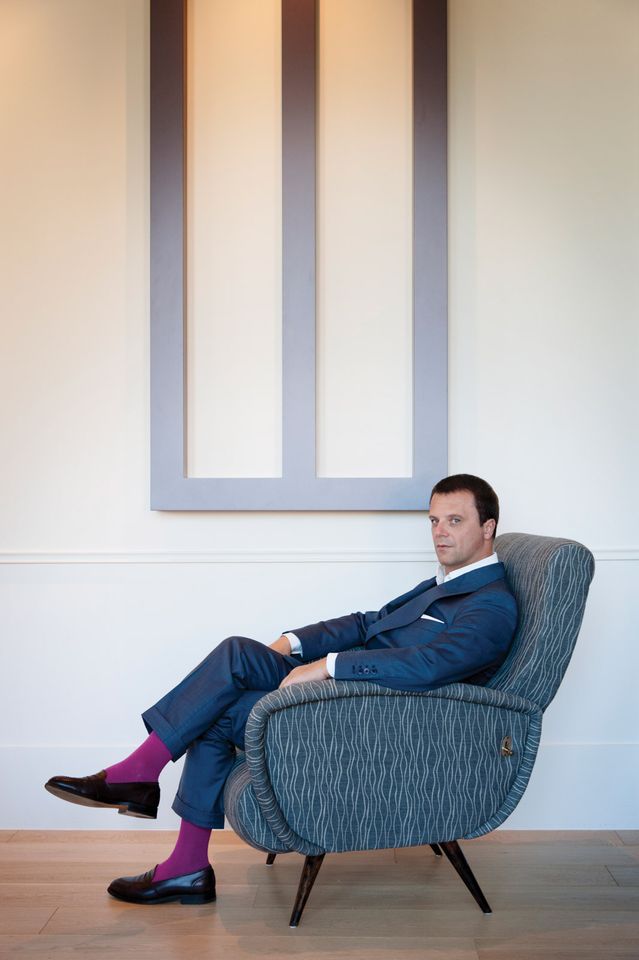 Achille Salvagni, the Rome-based designer, sees the connection between art and his own work as more complicated. It makes sense that an interior designer might see art objects in terms of the way they fit into his own designs. But that is also his philosophy as a collector: what he appreciates in art does not necessarily have anything to do with what he produces in design. “The way you dress doesn’t reflect the way you write or create or paint,” Salvagni says. “An art collection reflects your own sensitivities, but it doesn’t have any connection to what you make.”

Salvagni prefers simplicity in art. While his own production in furniture and interiors trends toward luxuriant colours and textures, his collection includes works with strong conceptual underpinnings, including Gianni Piacentino’s ready-mades (Warm-Gray, Silver, Black Triangle Vehicle (1971)) and Lucio Fontana’s ripped canvases (Concetto Spaziale (1963-64)). Clear gestures lend themselves to compositions in contrast: a 16th-century cabinet goes well with a white cube, he says, while a monochrome painting easily suits a 16th-century chapel. “I don’t like to overhaul my space with work that is too rich in its conceptual scheme,” he adds.

Pei found a more direct role for art in his practice. Moore’s Knife Edge Mirror Two Piece corresponds with Pei’s knife-edge East Building in more than shared nomenclature. Adapted from an earlier piece, the hulking sculpture bears a face that looks as though part of it has been sliced clean off. While the rounded, biomorphic bronze has a dark patina, the smooth face is mirrored and golden—a contrast and complement to the building’s worn-down stone edge.

“Just about all the pieces of art you see on the ground floor were chosen and commissioned by my father,” Li says. “The artists admired him just as much as he admired them. There was an open communication and respect among them.”