Fill your ears with art: the top culture podcasts to listen to during the coronavirus lockdown

If you are craving creativity and are stuck at home, here are the best arty audios to keep you going

As coronavirus (Covid-19) continues to spread and disrupt the daily lives of people across the globe, forcing many to self-quarantine, we are compiling the best online offerings from artists, museums and galleries. Here, we look at some of the best podcasts.

The good news is that The Art Newspaper Weekly Podcast will continue to come out every Friday. If you want to hear more about how Covid-19 is effecting the art world, this week (Friday 20 March) we will be talking about how some of our correspondents are dealing with being in self-isolation, and you can also check out our previous episode on how coronavirus cancelled Art Basel in Hong Kong with the fair's director Marc Spiegler. If you are trying to drown out the constant coronavirus news, then we have more than 100 podcast episodes for you to catch up on, full to the brim with exhibition tours and reviews, chats with curators and artists and discussions about the (other) big events in the art world. On top of that, we have picked some of our favourite arty podcasts to satisfy your creative cravings. 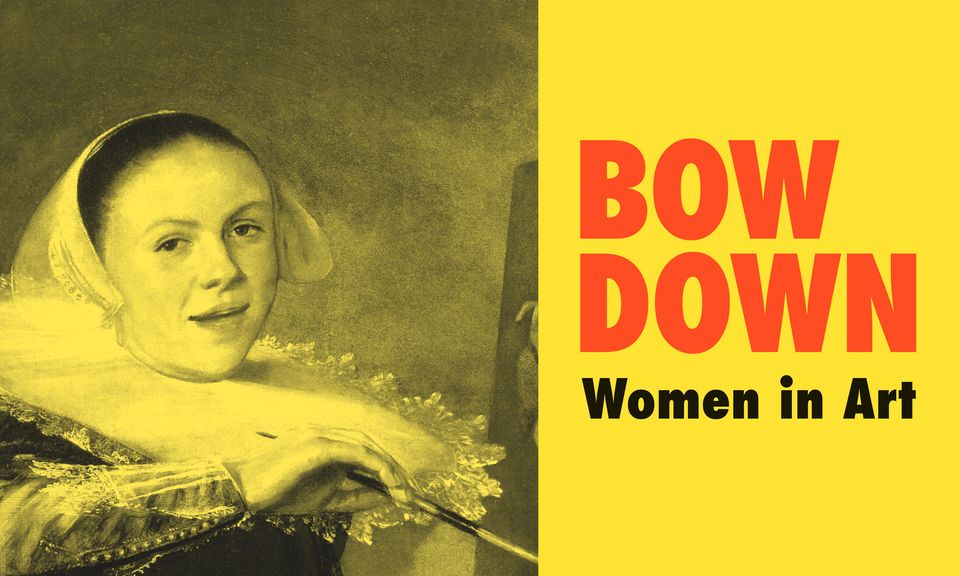 Bow Down: Women in Art History

There is a lot of movement in the art world right now to pay homage to women artists—both living and from the past—who may not have received the recognition they deserve. The Bow Down: Women in Art History podcast from Frieze, hosted by the magazine's editor-at-large Jennifer Higgie does exactly that. There are currently eight episodes available, each 20 minutes long, and some of the women artists discussed include the surrealist photographer and resistance worker Claude Cahun; the avant-garde artist and designer Natalia Goncharova; and Kathleen Collins, the first African-American woman to write and direct a feature film.

The episode on Cahun is a particular highlight. Higgie speaks with Juliet Jacques, the writer of the book Trans: a Memoir, who describes Cahun as “somebody who it might be anachronistic to describe as gender neutral or non-binary, but who wrote in her book Disavowals or Cancelled Confessions [1930]: ‘neuter is the only gender that suits me’.” Jacques’s analysis of Cahun’s approach to her identity, her connection with Surrealism and her influence on Jacques’s own writing are essential listening. 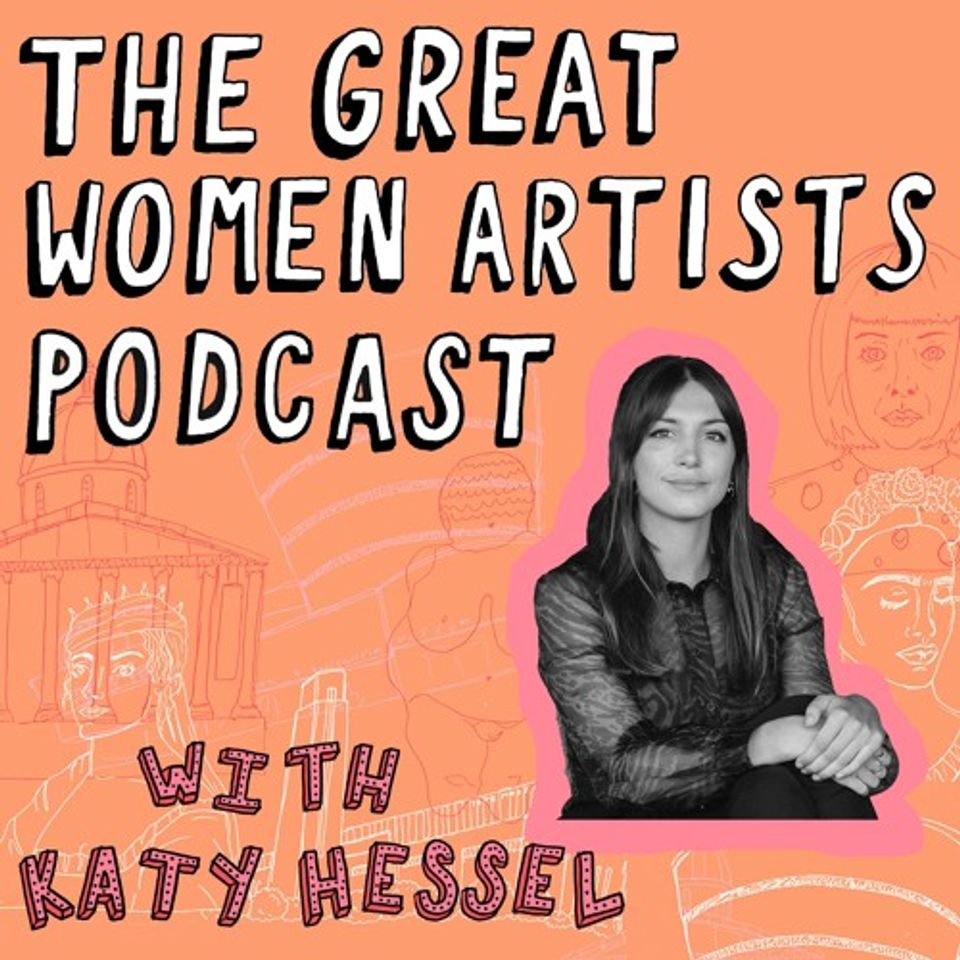 Another podcast that is working to bring women artists to the fore is The Great Women Artists, which is presented and produced by Katy Hessel, the creator of the hugely popular Instagram account of the same name. The first episode, an in-depth conversation with the Barbican curator Eleanor Nairne about her show dedicated to Lee Krasner, sets the tone for the series. Nairne is a passionate and eloquent guest, not only animating Krasner’s life and work but reflecting fascinatingly on the intricacies of presenting her paintings in the Barbican’s idiosyncratic spaces, and exploring the social and cultural forces that have shaped the curating of Krasner’s work.

Reflecting on the Whitney Museum’s 1975 Krasner retrospective, Nairne says: “When the Whitney’s doing that show, and when other exhibitions of that kind are being staged, it feels like what are sometimes called ‘herstories’—trying to take women’s stories and insert them into this largely white male history, rather than feeling like we might also be showing them because they’re a great artist.” She also describes “a hesitancy” among visitors about the motives behind showing women artists. “It’s OK to say: we’re doing this because institutions need to have better balance in terms of their programming, in terms of diversity, but we’re also doing this because this is exceptional work and it needs to be seen.” 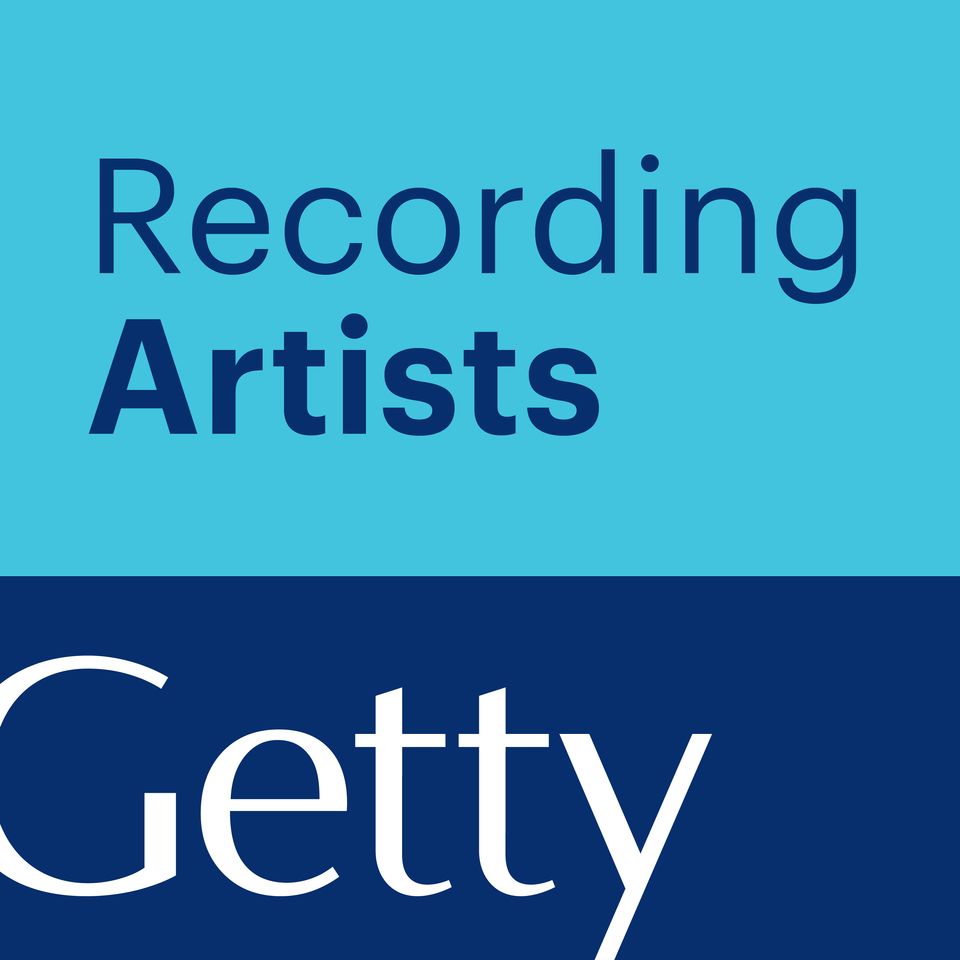 Another all-women-artist podcast, but one with a difference. In season one of Recording Artists, called Radical Women, the host, curator Helen Molesworth, introduces archival recordings of major women artists and interprets them alongside expert guests including artists and art historians. The six artists, Alice Neel, Lee Krasner, Betye Saar, Helen Frankenthaler, Yoko Ono and Eva Hesse are, Molesworth tells us, united in working in a transformative moment in American society, with feminism and civil rights among the many cultural contexts in which they made their work. But the impact of the series, produced by the Getty, is also emotional: there is something profoundly moving about hearing Eva Hesse talking about her work just before her death in 1970, for instance, knowing that her life was then coming to an end, even as her work remains so alive and vital today. “After her crimes were eventually exposed, Anna Sorokin told the New York Times that her transformation into Anna Delvey was motivated not by money, but by power.” So begins the third episode of the BBC podcast Fake Heiress, a six-part series looking into the extraordinary story of a Russian-born young woman who created a fake identity as a German heiress aiming to use her multi-millions to start an art foundation in New York.

Presented by the investigative reporter Vicky Baker, with dramatised sequences by Chloe Moss—“Well, what’s Anna Delvey’s story without a bit of make believe?”, Baker says—the sequence of events is astonishing. Sorokin propels herself, with nothing more than her own chutzpah, others’ gullibility and kindness, and the potential illusions offered by social media, into glamorous parties, expensive fashion boutiques, high-powered meetings and swish hotels, and even onto private jets, before she comes crashing down to earth. The art world is only one colour in the palette she uses to paint this fake picture.

But her activities were anticipated: in 2016, the artist Amalia Ulman created a fake Instagram identity, drawing thousands of people into her imagined world and prompting much anger when she revealed that it was an art project. Art, as so often, had anticipated real life. 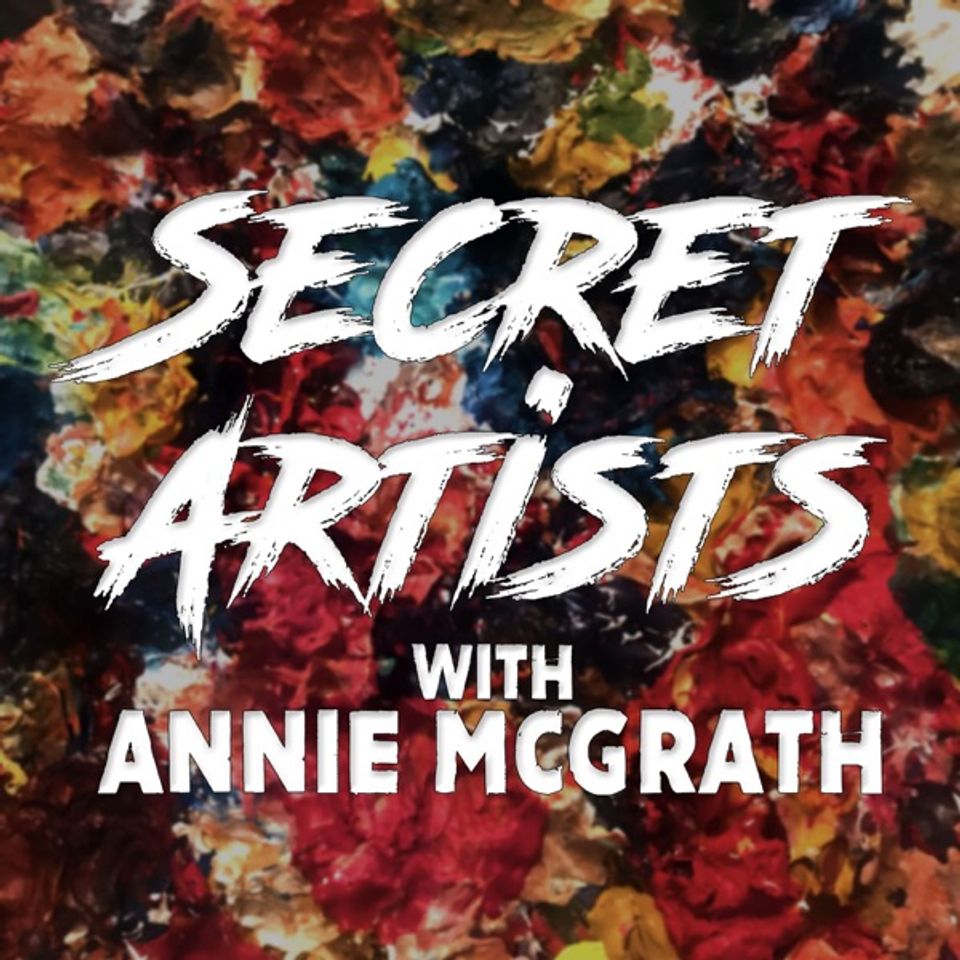 Annie McGrath is both a comic and a painter, and presents a hugely enjoyable podcast, Secret Artists with Annie McGrath, in which she and a fellow comedian-cum-artist draw or paint together while holding meandering conversations about art, comedy and much else. The objects they depict vary hugely. Among the highlights of the first series is McGrath and Mae Martin grappling with painting Saint Sithney, the patron saint of mad dogs, based on a medieval illumination. There’s much amusing chatter about Sithney and the legend of how he chose his patronage­­—that God offered him the chance to be patron saint of “girls who are looking for husbands” and he chose mad dogs instead. While drawing him, the pair speculate whether Sithney’s decision to avoid being the saint for unmarried women was feminist or sexist, and ponder the personality of a man who has the self-assuredness to reject God’s ideas for patronage in favour of rabid canines.

Amid McGrath’s conversations, a consistent thread emerges, about the highs and lows of making, whether that is the works of art that develop through the podcast or the stand-up routines or comedy scripts that occupy most of McGrath and her guests’ time. Philosophical nuggets emerge unexpectedly amid off-the-cuff conversations. “Whilst we’re doing the art it takes you to another place," McGrath told The Art Newspaper Podcast when she appeared on our an art-and-comedy special. "You’re less conscious about what you’re actually saying because you’re concentrating on trying to draw a cat.” Made in 2018 by WBUR radio and the Boston Globe, this podcast tells the story of the 1990 heist at the Isabella Stewart Gardner museum in Boston. It takes us deep into the robbery itself, the lax museum security that allowed it to happen and the mobsters that might have been responsible. Full of spine-tingling revelations, unforgettable characters and teasing cliffhangers, Last Seen is as thrilling as podcasting gets. 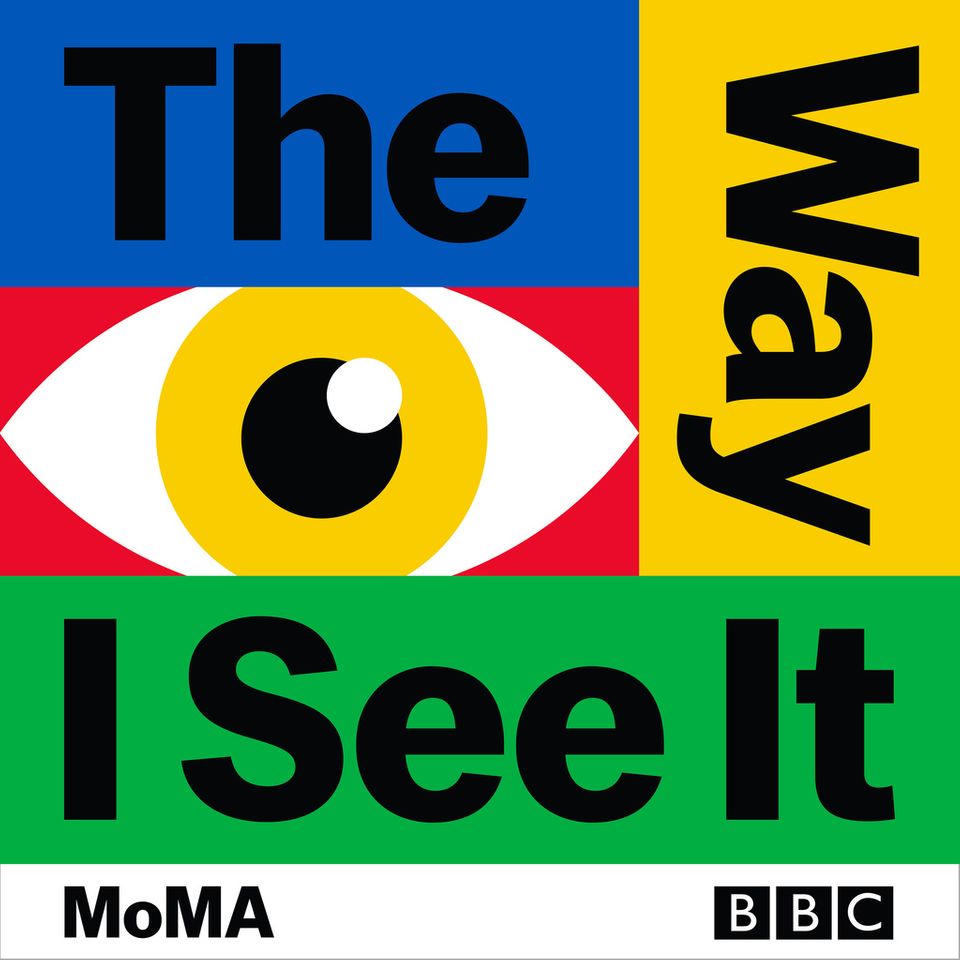 The Way I See It

An art podcast dream-team: the BBC and the Museum of Modern Art (MoMA) in New York partnered late last year to create The Way I See It. In each of the 30 episodes (all available now) a person of note discusses a favourite work from the museum's collection. Hosted by the art critic and broadcaster Alastair Sooke, accompanied by MoMA's curators, the guests include the actor and comedian Steve Martin, the Minimalist composer Steve Reich, and the artist Richard Serra.

In his episode, Reich chooses Serra’s Floor Pole Prop (1969) and remembers being particularly close to the artist. “In 1965 I moved into a loft on Duane St and the corner of Greenwich [St] and Richard lived around the corner on Greenwich… One day he calls up and the conversation goes: ‘Piece of lead on the floor, roll it up to a pole; other piece of lead, put it on the wall, the pole is laid up against it so it holds it in place. You got it? What do you think?’ I said: ‘Richard, I’ve got to see it.’ He said: ‘Come on over.’” He found Floor Pole Prop, now in the collection of the San Francisco Museum of Modern Art, exactly as Serra described it, he said. But in its precariousness, “the effect of it is like magic”.

In the first episode—and one of the best—the cosmologist Janna Levin talks about how Vincent van Gogh’s The Starry Night (1889) has inspired her and how the artist and the scientist are not as different as one might think. The aim of the podcast is "to provoke, inspire, and startle us into new ways of seeing art and our world"—something we have never more needed than now during this health crisis. And don't forget us! Our podcast covers breaking art news and brings you insider insights on exhibitions and events from around the world. Every week we invite special guests to join our host Ben Luke and our colleagues Margaret Carrigan and Nancy Kenney in New York, to look at the big topics from the art world.

The topics we have covered range from the ethics of museum sponsorship and the mystery of Leonardo da Vinci’s $450m Salvator Mundi painting to the story of a Gauguin fake at the Getty, while the distinguished line-up of guests has included the artists David Hockney, Shirin Neshat, Tracey Emin, William Kentridge and Ai Weiwei as well as the actor Timothy Spall.

We think our podcast is great but don't just take our word for it—the i Newspaper voted us one of the 50 best podcasts to listen to now.