Founder Walter Gropius had limited expectations of the school’s “beautiful sex”, but one student quietly subverted them with a new category: the textile artist 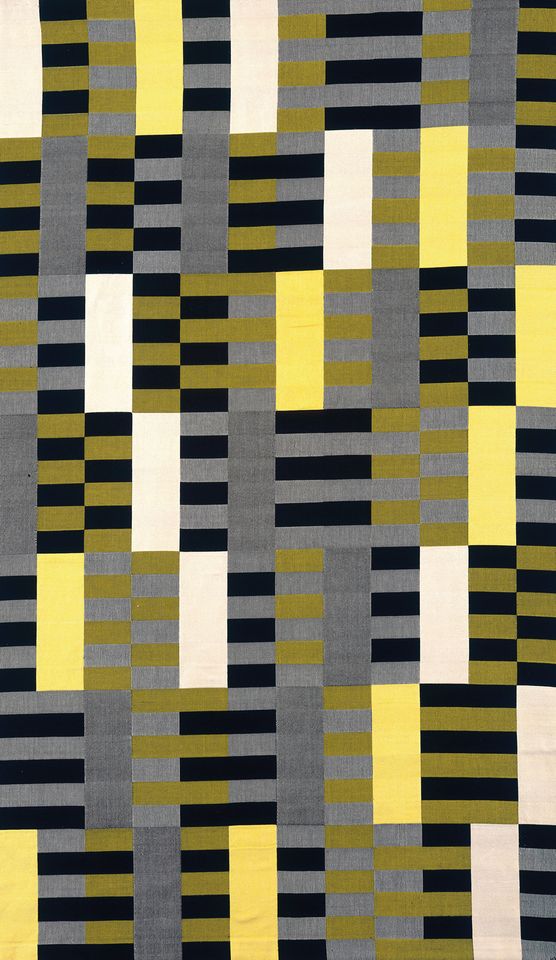 When Anni Fleischmann arrived at the Bauhaus in 1922, the school’s famed poverty did not faze her. One of the richer students there—her mother was from the Ullstein publishing dynasty—Fleischmann took the cold baths and straw mattresses of Weimar in her stride. What did come as a surprise was the attitude of the Bauhaus to women. The school’s founder, Walter Gropius, blithely steered female Bauhäusler away from what he called “the heavy craft areas”—carpentry, metalwork and, oddly, painting—towards such pale-handed crafts as bookbinding and weaving. Fleischmann, who had hoped to be a painter, grudgingly went for the last. “I thought [weaving] was rather sissy,” she recalled in an interview half a century later. “Just these threads.”

By the time of the interview, her thoughts on threads had changed. So, thanks to Fleischmann, had those of the world at large. Since her marriage in 1925, she had been known as Anni Albers—and become one of the pre-eminent textile artists of the 20th century. Indeed, it is largely due to Albers that the term “textile artist” is used at all. This transformation was marked, in 1949, by her work being shown at the Museum of Modern Art in New York, in the first exhibition of its kind. A checklist of the materials in the MoMA show suggests something of the sea change that Albers had helped bring about: black Cellophane, raffia and copper chenille; corn, grass and string; wood strips and dowels. The conception of what threads were—of what weaving was—had shifted since 1922.

This was the result of a quiet subversion on Albers’s part. When the Bauhaus belatedly opened a department of architecture in 1927, women, predictably, were discouraged from joining: applications met with the stock reply that the department was already full. The role of “the beautiful sex”—Gropius’s term—was not to build, but to adorn building; to decorate, and be decorative. Albers’s reaction to this is suggested by the piece that won her her Bauhaus diploma in 1929, under the directorship not of Gropius but of his successor, Hannes Meyer. 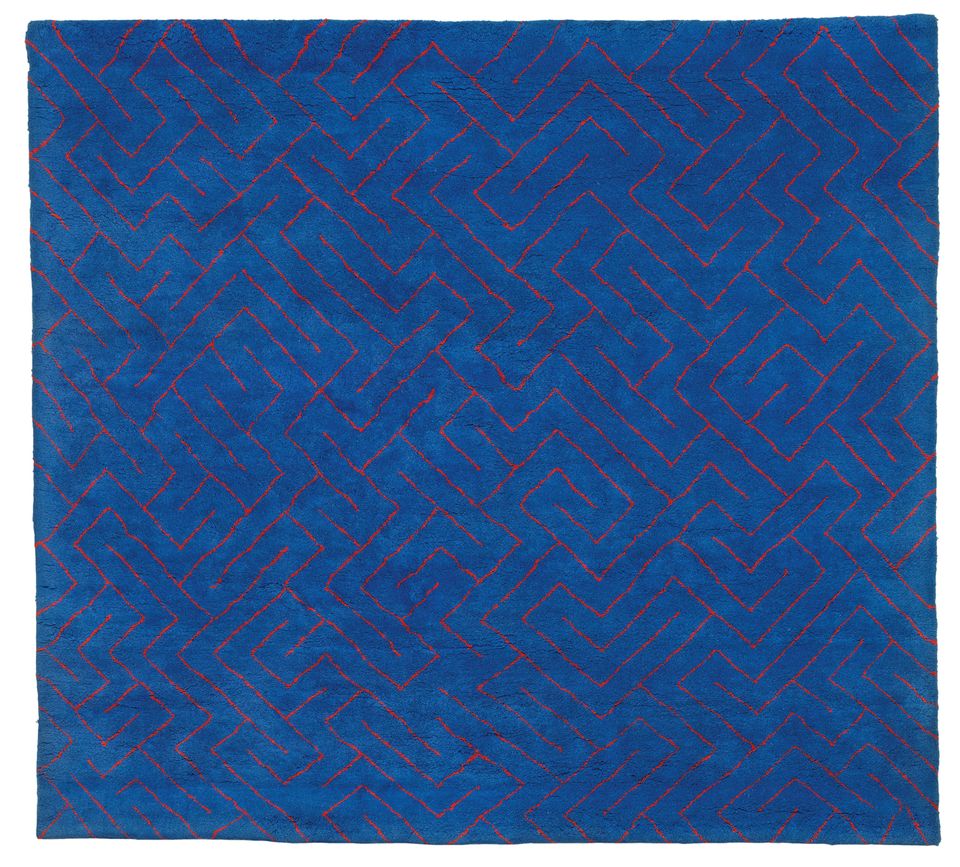 In response to Meyer’s commission of a textile design for his new Bauhaus auditorium, Albers created a wall covering that behaved like a wall, whose weave of cotton, chenille and Cellophane not merely reflected light but absorbed sound: “textile engineering”, as she said. The odd but brilliant Bauhaus student Siegfried Ebeling had recently rethought the wall as a membrane, “porous… formal, but not substantial”. If male Bauhäusler could make walls membranous, Albers would come at the problem from the other side. She would make membranes that were wall-like.

This idea of building by stealth would stay with her. In the interview mentioned above, she compares weaving not to art but to architecture. “Painting is applied on to something,” Albers reasons. “Sculpture uses a given material… [Weaving] is closest to architecture because it is a building-up out of a single element, building a whole out of single elements.”

As the name Bauhaus—“building house”—suggests, architecture was to be at the heart of Gropius’s project. Women being excluded from it, Albers worked around the exclusion. It was this redefinition of building that would spark her genius. 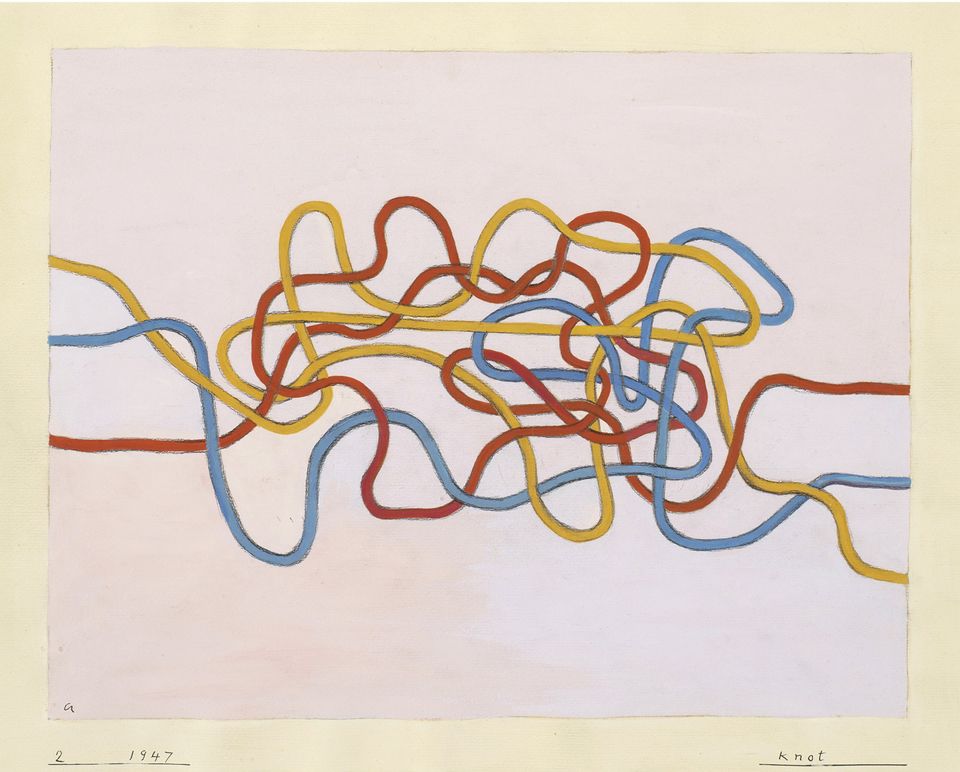 Designs such as Intersecting (1962) were successful commercially as well as artistically Photo: Werner J. Hannappel; courtesy of the Josef Albers Museum Quadrat Bottrop; © The Josef and Anni Albers Foundation, 2018

When she arrived at the Bauhaus in 1922, she had found weaving feminine in the sense that Gropius intended. “In the early years,” Albers recalled, “there was a dabbling in a kind of romantic handicraft, where you made beautiful pillowcases… and these tablecloths in very brilliant and bright colours.” By the time the school closed in 1933, the weaving workshop—Hannes Meyer appointed her its director in 1931—had been utterly transformed. Textiles would be one of only a handful of Bauhaus products to find commercial success and to fulfil the school’s aim of bringing high-quality design to the masses.

This combination would reach its apogee not in Germany but in America, where Albers fled Nazism with her husband, Josef, in 1933—most notably, in her collaboration with the furniture magnate Florence Knoll, which began in 1951 and lasted for three decades. It was the MoMA show that had quietly summed up Albers, though: her woven works hanging on room dividers that she had also woven.

The Bauhaus of love

In this edited extract from his biography of Josef Albers, Charles Darwent describes the circumstances that brought Josef and Anni together 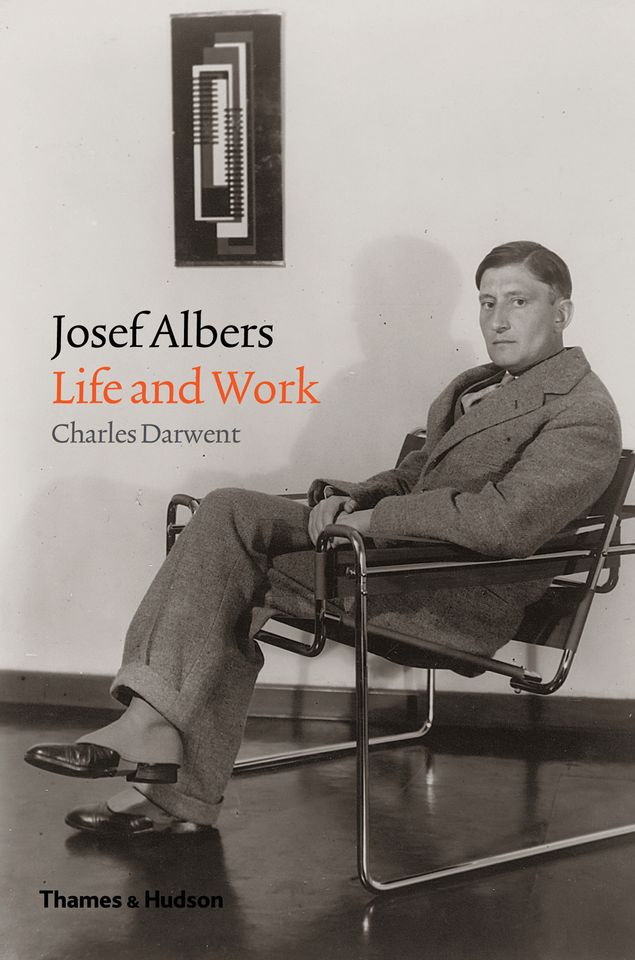 Annelise Fleischmann had come to Weimar in 1922 to join the Bauhaus, and had been turned down. Quietly tenacious, Fleischmann, known as Anni, sought help from a friendly Bauhäusler—“a lean, half-starved Westphalian with irresistible blond bangs”, she would later say. He led her through exercises in paper-folding; his name was Josef Albers. Fleischmann reapplied to the school in October, and this time was admitted. That December, she went to her first Bauhaus Christmas party. Naturally reserved, she hung back as Walter Gropius, dressed as Father Christmas, handed out presents. To her surprise, one was for her: wrapped in gold ribbon was a print of Giotto’s Flight into Egypt, with a card from Josef Albers attached. Three years later, they would marry. Theirs was to be the only marriage of artistic equals among the Bauhaus teachers. “[Albers] married a Bauhaus girl, he had a Bauhaus family,” one German historian noted. “He incorporated the Bauhaus idea on all levels of his life. He was a Bauhaus man with his whole being.” A decade later, his gift to his future wife would turn out to have been curiously prescient.

For all that, the Alberses were not an obvious match. Josef Albers was 34, a house painter’s son from a Ruhr mining town. Anni Fleischmann was 22, the daughter of assimilated Berlin Jews who had had their children baptised as Lutheran. Her mother, Toni, was an Ullstein, from a dynasty of eminent publishers: Ullstein Verlag owned the Berliner Zeitung and other respected newspapers, as well as publishing books by authors such as Erich Maria Remarque. Annelise had been raised with an Irish governess, in a house full of servants; her mother was a champion tennis player. The Fleischmanns and the Alberses could not have been more unalike. Even so, Anni’s parents quickly took to their putative in-law. The same cannot be said of Josef’s family.