By using The Art Newspaper website you agree to our use of cookies as described in this Cookie Policy.
Close notice
ePaperNewsletter
The Henry Moore Foundation. All Rights Reserved, DACS 2018 / www.henry-moore.org. Photo: Pete McDaniel, courtesy of the Frederik Meijer Gardens & Sculpture Park

What is the most cultured city in the US?

When most people use the phrase “culture centre” in the US, they mean places like New York or Los Angeles—big coastal cities known for their museums, art galleries, theatres, performance spaces and events. But is that stereotype necessarily true? Are Manhattanites that much more likely to take advantage of the cultural feast at their doorsteps than exurbanites in Arkansas, who might have just one major museum to turn to? We looked at the 30 most visited museums in the US in our 2016 survey and found that, while places such as Chicago might have more museumgoers, residents of cities such as Minneapolis, Grand Rapids and Bentonville are more engaged with their local institutions.

Along with their annual attendance, we asked the most popular museums in 18 US cities to provide additional information for 2016 (the most recent year for census data), including: the percentage of visitors who are “local” (broadly defined to include the metropolitan area and surrounding suburbs); the number of members; and the percentage of visitors who are members. We also looked at the total population numbers for each metro area.

Not all museums tracked how many of their visitors were locals, but among those that did, a clear winner stands out: the Museum of Fine Arts, Houston with 85%, followed by the Los Angeles County Museum of Art (78.7%) and the Minneapolis Institute of Art (77%). Similarly, among those that could report how many visitors were members, the Frederik Meijer Gardens and Sculpture Park (54%) in Grand Rapids, Michigan, and Virginia Museum of Fine Arts in Richmond (49.6%) came out on top, followed by the Fine Arts Museums of San Francisco (35%), which is comprised of the De Young Museum and the Legion of Honor. Perhaps the biggest surprises come when you compare visitor numbers to the sizes of the museums’ metro areas. Arkansas’s Crystal Bridges Museum of American Art in Bentonville, for example, drew 622,287 visitors, while the entire population of the Fayetteville-Springdale-Rogers metropolitan area—which includes Bentonville—is just 525,032.

“We very much consider ourselves as part of the region,” says Diane Carroll, the director of communications at Crystal Bridges. “We have a really strong regional support base and we continue to draw cultural tourism from all over the US.” She adds that while attendance from “touch states” that border Arkansas, such as Tennessee, Missouri and Oklahoma, was always high, recent years have seen more visitors coming from the wide swathe of the Midwest, going all the way north to Wisconsin, and extending as far east as Atlanta and as far west as Denver. “When you live in these regions, those are drivable getaways for a week or a long weekend.”

Having a museum on the level of Crystal Bridges nearby gives locals a sense of pride, Carroll says, and encourages them to continue their support. “People come back and they come back often, ten or 12 times a year,” she says. “We’ve found our regional community to be very engaged, very eager; there is phenomenal interest in the arts.” 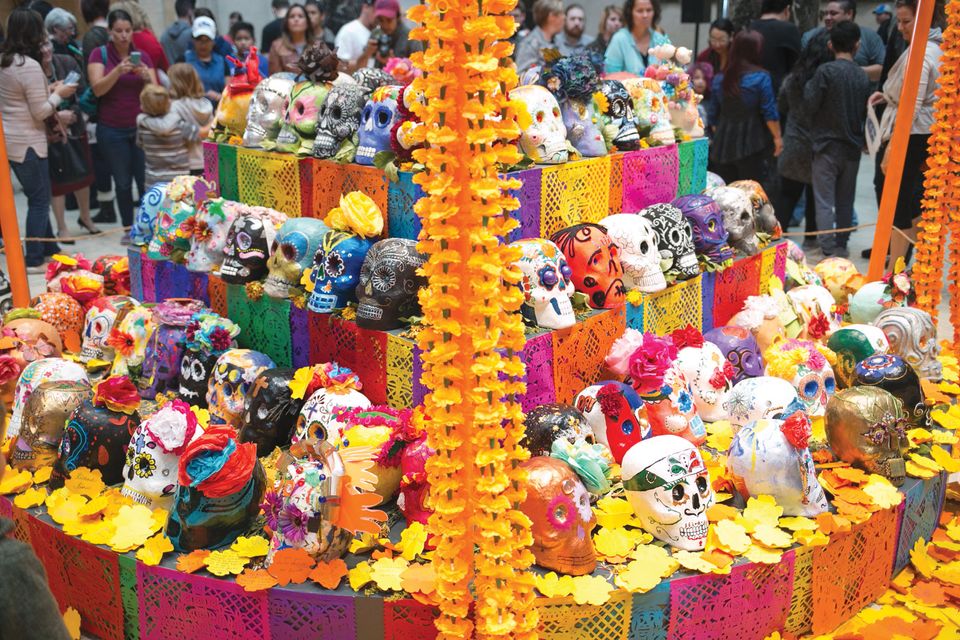 “For the most part we look at the museum as being a community museum—a museum primarily for the people who live in the area,” says Jennifer Czajkowski, the vice president of learning and audience engagement at the Detroit Institute of Arts, which ranked 22nd with 666,168 visitors. This connection was solidified in 2012, when the museum’s future was at risk due to budget cuts and residents of the three nearby counties (Wayne, Macombe and Oakland) instituted a ten-year property tax to help raise operational funds. The Saint Louis Art Museum and Minneapolis Institute of Art get similar funding through local taxes.

“That sense of being a community and exploring culture is a real value that we can provide,” says Jacqueline Terrassa, the chair of learning and public engagement at the Art Institute of Chicago. “We can make connections across cultures and look at differences; that is hugely important right now.”

Perhaps the biggest shift has been in the perception of the institutional space. “There was a time when the attitude was you should treat the museum as a public library with silence and reverence and all of those qualifiers,” says Julián Zugazagoitia, the director of the Nelson-Atkins Museum in Kansas City. “What we’re doing today is saying it’s appropriate to have fun, to come with friends, to talk.”

Zugazagoitia adds that one of the big successes at the museum, which was 26th most popular, has been the expansion of events for families and cultural festivals, like its annual Mexican Day of the Dead celebration, which started by partnering with groups that were already reaching out to Latino communities. “I think that has resulted in a deeper kind of engagement and in the institution being welcoming for many more communities than before.”