By using The Art Newspaper website you agree to our use of cookies as described in this Cookie Policy.
Close notice
ePaperNewsletter
Installation view of the Mori Building Digital Art Museum: teamLab Borderless (© teamLab; Pace Gallery)

When did just looking at art lose its appeal?

These days, it seems a blockbuster painting exhibition is incomplete without something extra to liven things up. In recent years, marketing spiels have urged visitors to meet Van Gogh, to dive into Monet’s pond, or sleep in an Edward Hopper. In 2017 London’s Tate Modern offered to transport visitors to the heart of early 20th-century Paris and traipse through Modigliani’s paint and cigarette ash--encrusted studio. The Louvre, meanwhile, augmented its recent Leonardo da Vinci juggernaut with a virtual reality (VR) experience billed, in French, as a tête-à-tête with the Mona Lisa.

The immersive installation—digital, performative or experiential—is of course nothing new. For decades, contemporary artists have harnessed acting methods, construction techniques and new technologies to create spaces in which the viewer becomes a live component. And museums have organised sleepovers for years too—from the routine, no-frills offerings for kids armed with sleeping bags, to Airbnb’s recent luxe competition for an overnight stay under I.M. Pei’s Louvre Pyramid. But having major historical exhibitions offer experiences alongside masterpieces is something else entirely. This begs the question: when did just looking at a famous painting lose its vim? More pressingly, why? And -crucially, is it worth it?

The Art Institute of Chicago (AIC) sparked the trend for a sleepover in an actual painting when it staged its Van Gogh’s Bedrooms exhibition in 2016. To mark the first time the three versions of the artist’s Arlesian room were shown side by side, the institution teamed up with Airbnb to recreate it in a nearby rental. For $10, visitors could spend the night in as faithful a 3D rendition of the rickety yellow bed with red covers in a room with blue walls as a team of fabricators could muster. Katie Rahn, the associate vice president for marketing and communications at AIC, cannot remember the other ideas their ad agency came up with. Everyone loved this one, she says. It presented a creative solution that involved doing a lot on a limited budget—something with which other institutional marketers will be only too familiar. 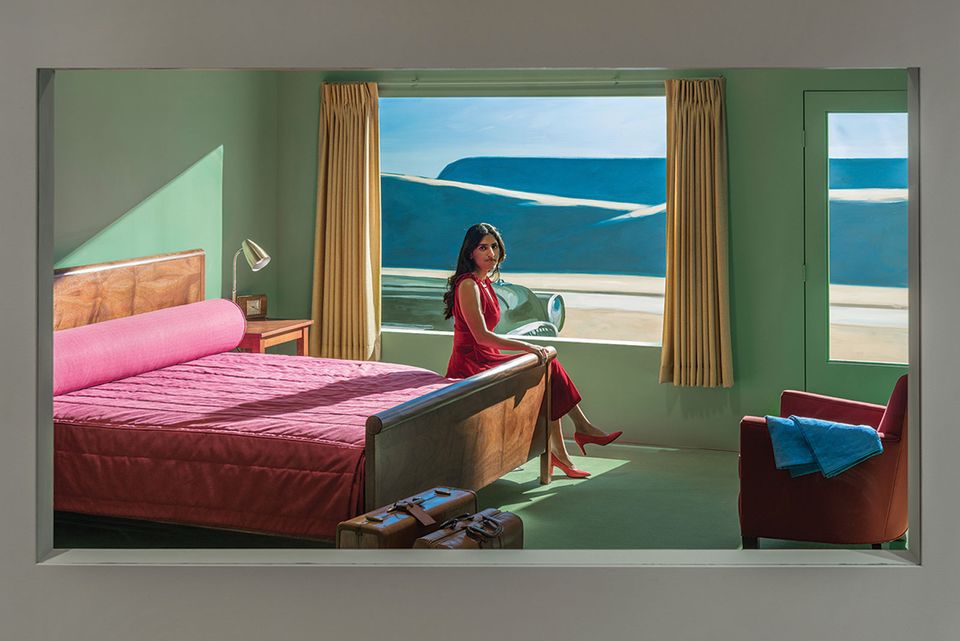 In our selfie-fuelled times, it makes perfect sense that museum marketing departments should be thinking in this way. Business analysts, after all, have waxed lyrical about “the experience economy” since the late 1990s. In 2017, CityLab might have singled out the Indianapolis Museum of Art, newly rebranded as Newfields, as “the greatest travesty in the art world” for embracing the experiential and the Instagrammable, but the museum’s director Charles Venable was unfazed. “I think much of the industry is still hoping the old model of doing traditional art exhibitions will somehow attract more people than it ever really has, unless you’re in a top tourist city like New York City, or maybe San Francisco. And most of us are not,” he says. Instead, he was branching out into the kind of entertainment that market research had shown his local audience wanted more of.

Interestingly, though, marketing has not been the primary driver for most of the experiences mentioned here. The curator Leo Mazow had dreamed of a show on the hotel motif that runs through Edward Hopper’s oeuvre well before joining the Virginia Museum of Fine Arts. And from the outset, he knew he wanted visitors to be able to stay the night. “I wanted to stop them in their tracks,” he says. The impetus was conceptual. For the recent Edward Hopper and the American Hotel exhibition, the museum recreated Hopper’s Western Motel as a room in the actual gallery space that visitors could compare with the original painting on the wall by day, and book to stay in for the night. Recreating it chimed not only with the theme of the show, but Hopper’s Modernism. The experience was a curatorial tool: a way to give visitors resonant clues to an artist’s world.

Tate’s digital director Hilary Knight concurs. The Ochre Studio VR experience she worked on for the 2017 Modigliani exhibition, seen by nearly 340,000 people, was an opportunity to see what new technology could do that existing tools (audio, film, wall text) could not. Her goal is always to provide visitors with an “emotional connection” to the art in question. And her approach echoes that of the teams in both Chicago and Richmond, Virginia in terms of curatorial rigour and forensic levels of detail. Mostly, the experience, whatever it is, had to make sense. Modigliani’s Paris studio is still intact but inaccessible to the public. Virtual reality enabled the Tate to let people in. 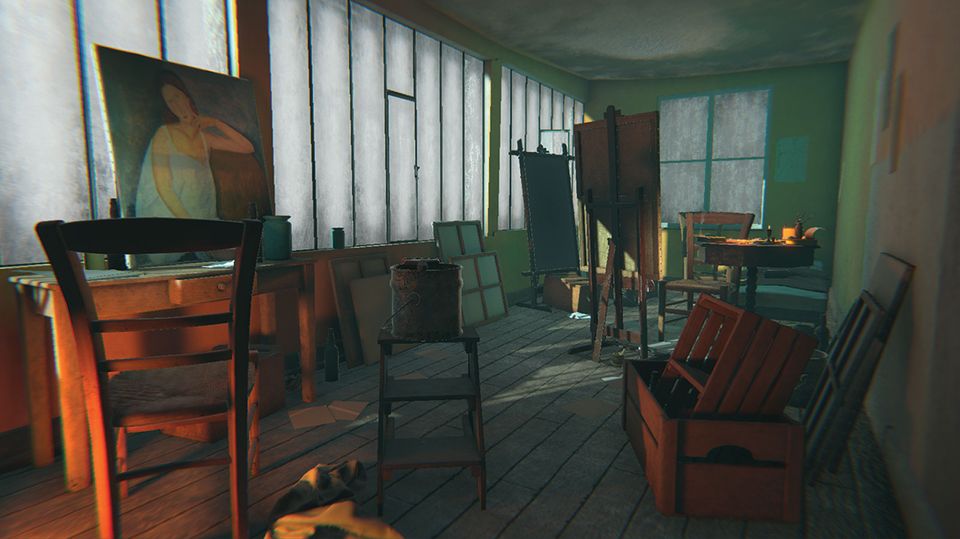 The numbers suggest these endeavours have been on the money. While feedback for the Hopper Hotel experience was not all positive (no toilet, no light switch and an armed guard posted outside the door had one Hyperallergic writer liken the experience to a horror movie—he woke up screaming), the tickets, which ranged from $150 to $500, nonetheless sold out within two hours. And with more than 88,000 visitors, attendance for the exhibition exceeded expectations by 10%. The bedroom experience in Chicago, meanwhile, achieved similarly buoyant results. It was covered in 100 countries, with $8m in earned media value—an amount normal ad budgets cannot buy. “We’re not often on [the television show] Good Morning America,” says Rahn. With 433,623 visitors (4,984 daily), it was the institute’s most-attended exhibition in 15 years.

When the Parisian agency Lucid Realities proposed a Monet VR experience to the Musée de l’Orangerie, one of their selling points was that it would make mobile works that could never travel. It could not replace the Water Lilies, but it could open up new audiences in far-flung places. What no one anticipated was how unique the experience would be. When installed during the smallish collection-based Monet, Clémenceau show in 2018, it changed the visitor flow. Staff observed people going back and forth between the paintings on the ground floor and the VR experience on the floor below. Months of observation onsite had shown the creator Nicholas Thépot that people wanted to dive into the paintings. His seven minutes of taut storytelling allowed viewers to do exactly that and, crucially, to be alone in the process. VR creates intimacy.

One only has to look at the visitor figures for new venues to see that museums are not overstating their case when they talk of reaching out to younger audiences this way. There are the new state-of-the-art digital venues—from the Mori Building Digital Art Museum: teamLab Borderless in Tokyo, a showcase for a single art collective, teamLab (in 2019 it welcomed more than 2.3 million people), to Artechouse, which commissions work and has seen nearly one million visitors across its three venues in Washington DC, New York and Miami since 2017. And then there is the Atelier des Lumières phenomenon in France, where projection-based monographic edutainment shows pull in millions (1.2 million people came to see Gustav Klimt last year), and the similar travelling Meet Vincent experience, produced by the Van Gogh Museum as a way to draw people to Amsterdam. There are also the immersive, set-based spaces such as the Museum of Ice Cream, which, between 2016 and August 2019, sold more than 1.5 million tickets at $38 a pop. 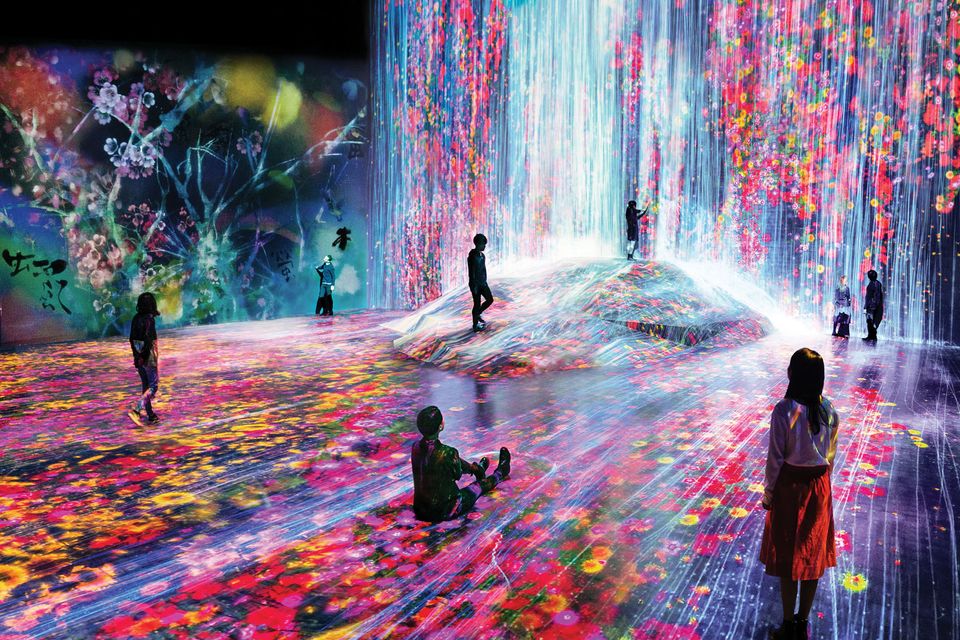 Detractors such as CityLab’s Kriston Capps might cling to the idea that “museums are meant to be the house of the few, not the house of the many”, but this is something museums cannot afford. Nor do they want to. As Mazow puts it, “There is nothing less profound, less heady, than a museum being fun.” And in a world where you can tweet from your refrigerator and ask life questions of a speaker, that means being interactive. “For huge portions of our audience,” Knight says, “this is just part of the fabric of the universe.”

about 10 hours ago
Can Netflix help solve the Isabella Stewart Gardner art heist?