When will the art TV binge begin? Platforms like Netflix and Amazon are slow to show original cultural content

Streaming services have changed the way we watch television, but while they feature plenty of arts programming, there are few new commissions

Mention Netflix and Amazon Prime Video, and blockbuster series such as The Crown and Big Little Lies spring to mind. But the streaming services that have transformed our TV viewing habits are also an untapped resource for art connoisseurs. Type “art history” into Amazon Prime’s search engine and 202 results pop up, from a 1992 documentary on Hermitage Masterpieces to Art of the Heist, which “investigates the most high-profile art thefts of the 20th and 21st centuries”.

But key to the streaming services’ growth has been their commissioning of original content. And so far, cultural programmes have been thin on the ground. Sarah Perks, an independent curator and professor at MIMA School of Art & Design, who is a film producer and a specialist in artist film, among other things, describes an experience that would seem typical. “I watch tons of TV and have all the main streaming services, but what have I watched on art? The film Velvet Buzzsaw [a 2018 art world satire on Netflix starring Jake Gyllenhaal] was more real than most art documentaries.”

She also singles out the 2018 film The Price of Everything, focusing on the market ascent of Jeff Koons. “I’ve picked up a few art documentaries on these services, but I don’t think the streamers were behind them production-wise.” Perks also mentions the highest profile cultural documentary commissioned by the streaming services so far, Abstract: the Art of Design. Released as an eight-part series on Netflix in 2017, it was commissioned for a second season that was unveiled last September. Among the subjects in series two were the Danish-Icelandic artist Olafur Eliasson and US designer Cas Holman.

But is anyone watching? “Very few people have access to audience numbers from these platforms [viewing figures are largely confidential], so I don’t know what kind of audience art programming is receiving,” says Guto Barra, director of strategic development at Art Docs TV, an imprint (subsidiary) of the New York-based Producing Partners, which creates content for clients such as HBO, another major streaming outlet. “But considering that Abstract received a second season,” Barra says, “I would assume that the series did well.” 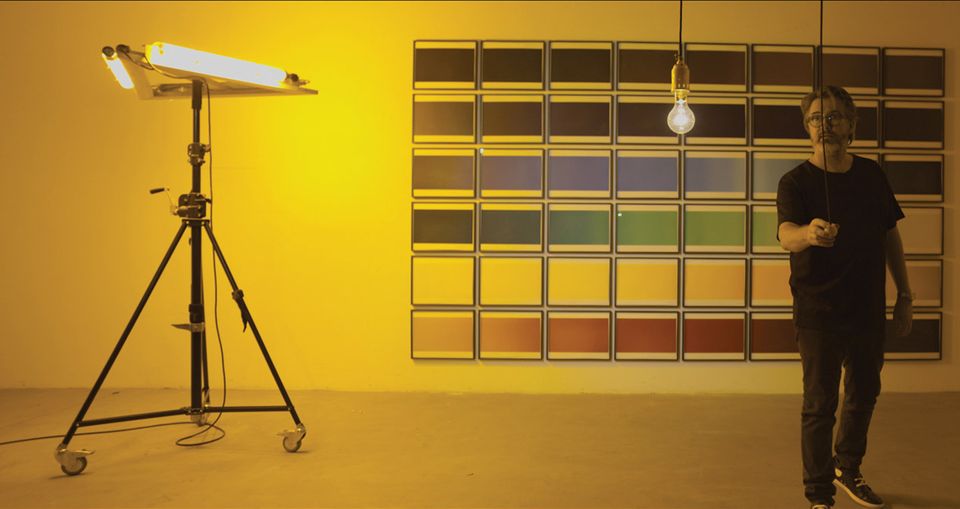 Netflix’s Abstract: The Art of Design was given a second series, which included a programme on Olafur Eliasson Abstract: courtesy of Netflix

Art Docs TV collaborates with foundations, museums and estates on documentaries, and has partnered with organisations such as the Keith Haring Foundation in New York and the Georgia O’Keeffe Museum in Santa Fe. The company is now in discussions with both Netflix and Amazon about producing original content. “But we haven’t received a green light yet,” Barra says.

When asked about cultural programming, the streaming services are tight-lipped. Both Netflix and Apple TV+ declined to say if they plan to produce more original content and whether visual arts programmes will be a priority. A spokeswoman for HBO—which bought the rights to show The Price of Everything—says it “will feature documentaries about art in the future. However, it’s too early to discuss the projects as they are in development.”

Barra hopes more art series will be produced by these mainstream platforms. “I believe the audience for this type of programming will grow,” he says. But the target viewership for such programmes is fragmented. “We always try to create documentaries for a wide audience. Some of the subjects may dictate that they will end up being seen by art connoisseurs.” But, he says, “Arte 1 [the Brazilian channel] and Smithsonian, our content partners, aim to reach a non-specialist audience.”

The Miami-based collector Dennis Scholl, who also steps behind the camera to direct art documentaries such as Lifeline/Clyfford Still, likens this “tipping point” moment to the media landscape more than 30 years ago. “The fractionalisation of audiences, much like what happened with cable channels in the 1980s, allows for more specialisation and provides greater opportunities for art documentaries to reach an interested audience,” he says.

Even if the streamers are dragging their feet, new services on the horizon could bring art programmes to wider audiences. Art Docs TV is working closely with the channel and digital platform All Arts, a culture hub created by WNET, the parent company of New York’s PBS stations. It is free to access (notable sponsors include the Andrew Mellon foundation). “They have the ambition to become one of the main arts-related digital platforms, Barra says. But, he adds, “I believe All Arts may be more geared to specialists.”

The richest streaming resource remains YouTube, which has enabled hundreds of US and European museums to set up their own dedicated “channels”. Valuable, insightful content stands out: last November, for instance, three LGBTQ+ advocates including US drag queen Sasha Velour gave their own incisive interpretations of works at Tate Britain as part of TateShots, the short films series developed by Tate. At the last count, the Tate’s YouTube portal had more than 26 million views.

YouTube’s pre-eminence seems likely to continue for some time. If you were hoping to soon be bingeing on original art TV, don’t hold your breath.