The chairman of Phillips on boardroom battles and joining the underdog 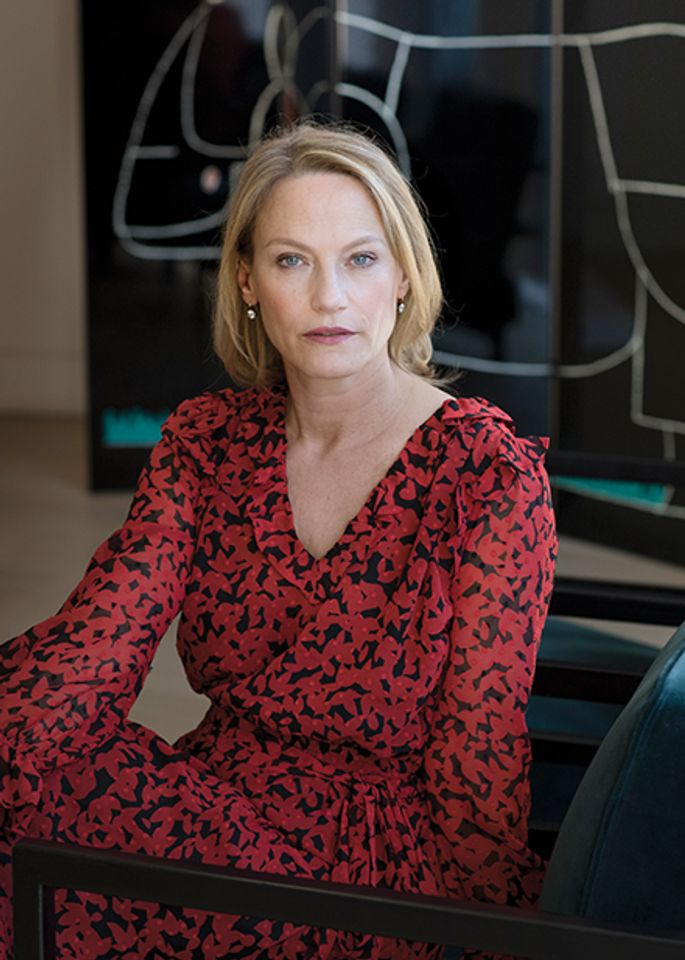 I have just asked Cheyenne Westphal, the chairman of Phillips, about Patrick Drahi’s purchase of Sotheby’s, where she worked from 1990 until 2016. “I’m fascinated, like everybody else—seeing who’s still in and who’s out. But, I have no idea what Patrick Drahi’s vision is for Sotheby’s.”

Westphal resigned from Sotheby’s in 2016 after “an intense time of internal political change”, which started, she says, before the auction house bought Art Agency, Partners advisory for $50m in January 2016. In 2013, Sotheby’s then chief shareholder Dan Loeb launched an attack on Bill Ruprecht, the then CEO. “For a while, when the market was really booming, the company was focusing on its battles in the boardroom. Meanwhile, Christie’s was having $600m sales.”

After leaving, Westphal was approached by several top galleries and thought about setting up on her own. But then Ed Dolman, Phillips’s chief executive, called and his directness persuaded her. “He just said: ‘Look, I’m currently CEO and chairman. The role I’m offering you is not open to anyone else but, if you were to join Phillips, I would concede my role as chairman to you and we would work together on building a company.”

She joined Phillips as chairman in 2017 and, last year, Phillips’s overall sales rose to an all-time high of $916.5m (from $708.8m in 2017). But that figure is still dwarfed by Sotheby’s 2018 turnover of $6.4bn and Christie’s $7bn. What is the appeal of joining the underdog? “To take on the duopoly,” she says. “The big battle for market share is in the 20th century, and that’s where we are making inroads. In London, we’ve increased our market share by five points this October season and we’re close to just under 20%.” Earlier this year, Westphal declared that her aim was to reach $1bn in total sales but, she says, “unfortunately I think we will fall shy of that. We’ve had a good year and there’s been growth. But at the beginning of 2019 everybody felt that the market had pulled back a little bit compared to the year before.”

Though German-born Westphal is known as a contemporary art specialist, her art history degree at St Andrews University in Scotland was “traditional”. The Leonardo specialist Martin Kemp was one of her lecturers and wrote a letter of recommendation when she joined Sotheby’s. But then she won a scholarship to the University of California, Berkeley, where she studied contemporary art for the first time. “At the very first lecture, it was Cindy Sherman film stills, Lynda Benglis, female photographers and artists, and I was just sitting there like, ‘oh my god. This is exciting’. I knew then that I wanted to do something with contemporary art.”

She returned to the UK and applied to auction houses. After “the most abysmal interview at Christie’s” she joined Sotheby’s, first in the porcelain department. Westphal says she was fortunate to join an organisation led by a woman: “Dede Brooks, with all the bad things that came with her, was very much running the show and visible when she was CEO.” (Brooks pleaded guilty to involvement in the Christie’s/Sotheby’s price-fixing scandal of 2000.) By the time Westphal was promoted to worldwide head of the contemporary department in 2014, a role she shared with Alexander Rotter, “Melanie Clore was running the Impressionist and Modern department, Susie Pollen was running the Modern British department. So we had three female department heads on one floor,” she says.

Clore, who also left Sotheby’s in 2016 and is now one half of the London-based art consultancy Clore Wyndham, Westphal says “is a firm believer that one’s knowledge of the art, one’s ability to focus on the clients first and foremost, and the need to build a strong, loyal and motivated team of specialists are three key factors that drive success in the auction business”—an approach she has delivered “in spades” at Phillips.

Westphal thinks her timing has been lucky: alongside the auctioneer Tobias Meyer—“a great mentor”—she worked on the first evening sale of contemporary art in December 1996 at Sotheby’s, now considered a seminal market event. “I was able to grow with the market,” Westphal says, adding that these were “crazy, exciting times, from one $300m-$400m season into the next”.

“The big battle for market share is in the 20th century, and that’s where we are making inroads"

But growing another company appealed, hence the “nimbler, more focused” Phillips. “We do not carry the traditional heavy departments across so many categories,” she says. “We’re only selling 20th and 21st century and there isn’t an existing Impressionist and Modern department that, regardless of whether material is available or whether the market is there, needs to be kept going.” Phillips therefore presents “edited, mostly only 40-lot, evening sales with the best of 20th and 21st century art” without “the tiredness that can come with having a lot of B-list material”.

New money and younger collectors are, she says, changing sales already, as witnessed by the rapid rise of female artists and artists of colour: “Collectors are more inclusive now.”

Today, she says, “artists are coming into this uber price segment almost overnight—there was $25m for Yoshitomo Nara in Hong Kong and a similar jump for KAWS when a painting sold for $14.8m. You have to think, okay, now these guys are in the big league.”

In part as a means of competing with the big two, Phillips has developed a strategy of bringing in-demand, often younger artists to auction for the first time. During Frieze Week in October, for example, it put the first work by the US painter Nathaniel Mary Quinn into auction: Over Yonder (2015) sold for £212,500 with fees, on a high estimate of just £60,000. This strategy does not always go down well with their galleries who like to protect—or control—their markets, fearing it encourages speculation and overheating.

Westphal says she gets backlash from galleries sometimes. “You have to be careful that you don’t overdo it but at the same time you can feel when there’s something in the air and when shows are sold out—for example, the Gagosian show of Nathaniel Mary Quinn in Los Angeles. So in this case, it’s like an echo of what is happening in the marketplace.” In the past, she says, artists were more concerned about their works appearing at auction “and what would this do to the long-term building of careers,” but now “a lot of artists are quite confident in this as a platform that allows them to be seen by an even wider audience.”

Phillips has also used guarantees as a carrot to tempt consignors to place their works with them and Westphal does not shy away from talking about them. “Guarantees are very much part of the art market and what we’re doing is pretty much the same as the other houses,” she says, adding that they were “absolutely” part of the process of winning the collection of Florence Knoll Bassett, which will be offered in New York in December. “There was a season a couple of years ago where a lot of the higher value works—above $20m—went to the third-party guarantors,” she says. Westphal thought that that would dampen enthusiasm but, she says, “it seems there are still a lot of very motivated guarantors keen to be part of this game”. Phillips’s Frieze Week sales, unusually, did not include a single in-house guarantee, though 20 works were guaranteed by third parties.

Brexit has, she says, resulted in “some difficult conversations with Europeans” because “they’re sort of not trusting”. She adds that it has been “doubly unfortunate” that the deadlines for the UK to leave the EU—31 March and then 31 October—fell just after the two key sales periods in London. More broadly, she says that buyers are definitely being more cautious.

What does it take to succeed? “It’s a highly transactional business,” she says. “You need to have good expertise but also really understand why this painting is worth more than that painting. You need to develop your commercial eye. That’s the key to being successful.”

That and, apparently, meditating twice a day—in the back of a taxi or on a plane if needed. If that’s the secret to Westphal’s air of unflappable calm, perhaps we should start.

• Born in Germany in 1967 and raised in Baden-Baden. Lives in London

• Studied history of art at the University of St Andrews, Scotland, and UC Berkeley, California

• Worked at Sotheby’s from 1990 to 2016, becoming worldwide head of the contemporary department in 2014. Joined Phillips as chairman in 2017