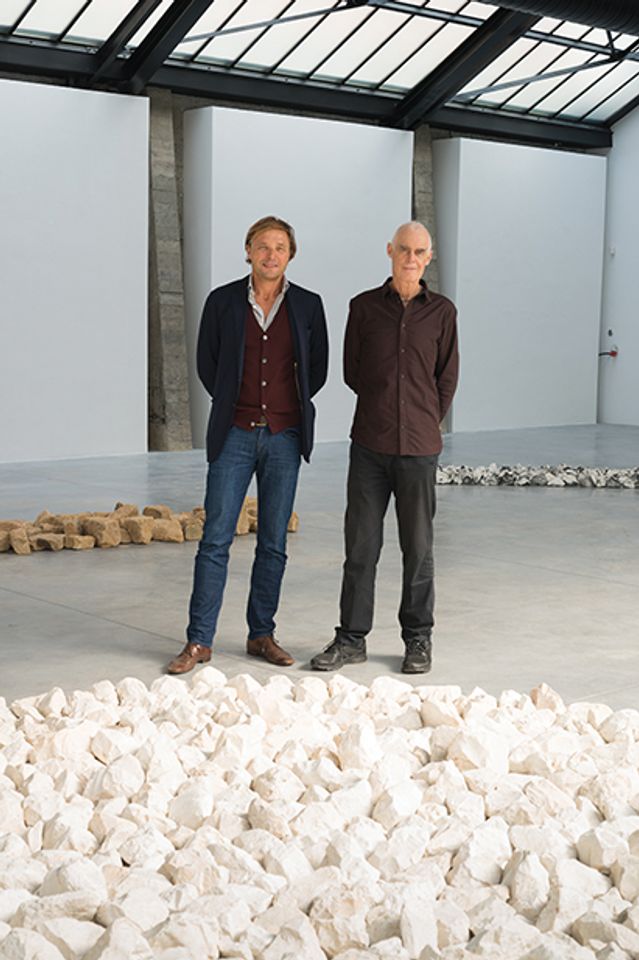 The Belgian art collector Hubert Bonnet bought his first work—a small mural sculpture by Donald Judd—in 1990. The work typifies his taste in Minimalist and conceptual art and 20th-century industrial design. “I like radical, clear, strong and precise works of art,” he says.

Bonnet works in luxury real estate and lives between London, Verbier and Brussels, where in 2012 he founded Fondation CAB, a non-profit organisation housed in a 1930s Art Deco-style warehouse dedicated to the promotion of Belgian and international Minimalist and conceptual art, including works by artists and designers such as Carl Andre, Sol LeWitt, Donald Judd, Jean Prouvé, Charlotte Perriand and Le Corbusier.

The Art Newspaper: What is your most recent purchase?

Hubert Bonnet: A work by the Swiss artist John Armleder from his series Dot Paintings, formed of various types of patterns but whose subject is always the dot. Currently for Fondation CAB, I invited Armleder to imagine an exhibition that brings together pioneering artists from the Swiss [conceptual] art scene from the 1960s to today.

I love travelling to artist studios, foundations, museums and fairs. It allows me to spend time with artists and interact with curators or gallery owners. It is very important for me to have a personal relationship with the artists who are part of my collection.

A red Alexander Calder mobile from 1962. An object defined by its colour, its lightness, its playfulness, its abstraction and its subtle balance games.

The Ghislain Mollet-Viéville collection [of Minimal and conceptual art formed by the collector, art agent and legal expert in Paris from 1975 to 1991] known as the "Apartment" that is on permanent display at MAMCO in Geneva. At the time when it was offered to me, I was not ready: the budget, the direction. It was just not the right time, but I think about it all the time.

If your house were on fire, which work would you save?

A 1974 Carl Andre, Thirteenth Copper Cardinal. It’s one of the most iconic pieces in my collection representing Minimal American art. Given the nature of the work, it won’t be the easiest one to save! 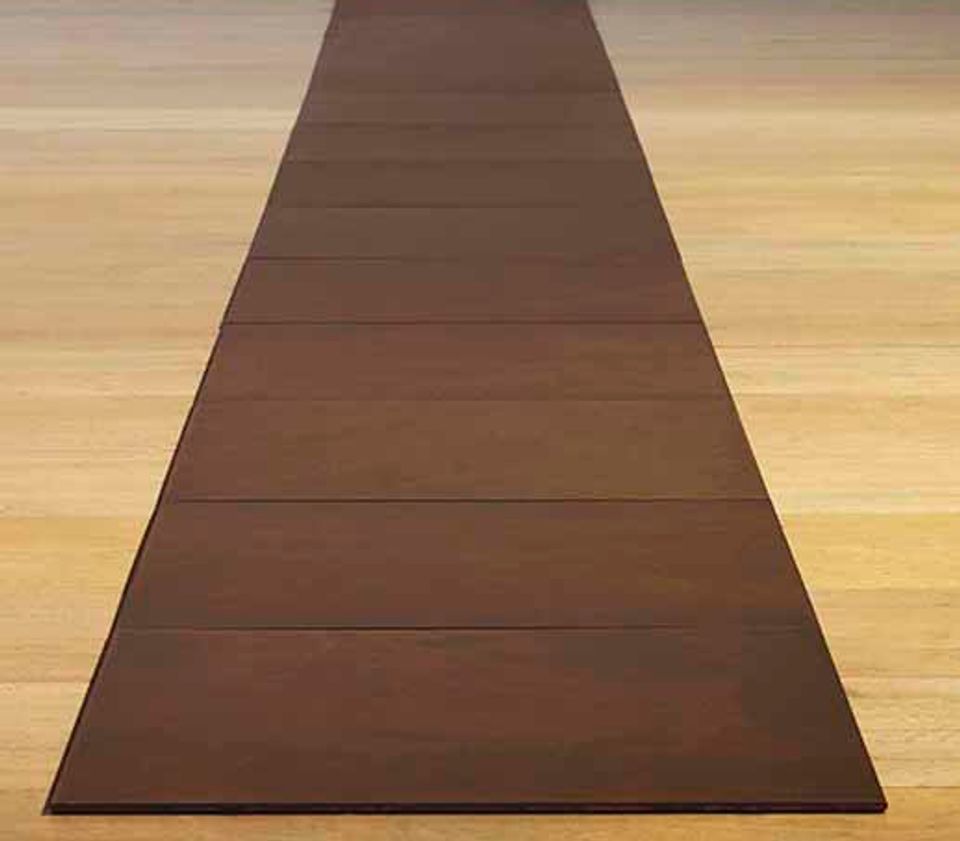 I have always been reticent to acquire works that require too much maintenance and that trigger questions over their long-term condition. My collection is, of course, composed of fragile works such as a neon by Dan Flavin, a white acrylic on wood by Imi Knoebel, or a work from the Polish Village series by Frank Stella, which need to be handled with the utmost care.

Sol LeWitt – to understand his relationship with sculpture, and his spatial and mental perception of the work. He would be an excellent guest. Le Corbusier for his mixed vision of utopia and happiness. And Donald Judd. His work inspired me to start my collection, so I would love to have the chance to say thank you.

What is the best collecting advice you have been given?

Take the time to go to as many galleries and art institutions as you can, meet as many artists and curators and critics as you can, educate yourself, read and learn as much as you can. Taste develops over time.

Where is the most surprising place you have displayed a work?

[In a] Demountable House by Jean Prouvé from 1944, which is part of my collection. Between 2016 and 2017, we set up a two-year exhibition programme inviting artists and curators to present projects in relation to the house. Examples include the young Belgian artist Adrien Tirtiaux, who filled the house with a monumental heap of sawdust, and works from Charlotte Posenenske’s series Square Tubes, made from a galvanised steel sheet, which completely invaded the Prouvé house.

A work by Agnès Martin. While Minimalist in form, I love the way her paintings are so different in spirit from those of other Minimalists: her work is less rigid, less cerebral, more spiritual in inspiration than Minimalist. I hope that one day I will have the chance to acquire one of her works.