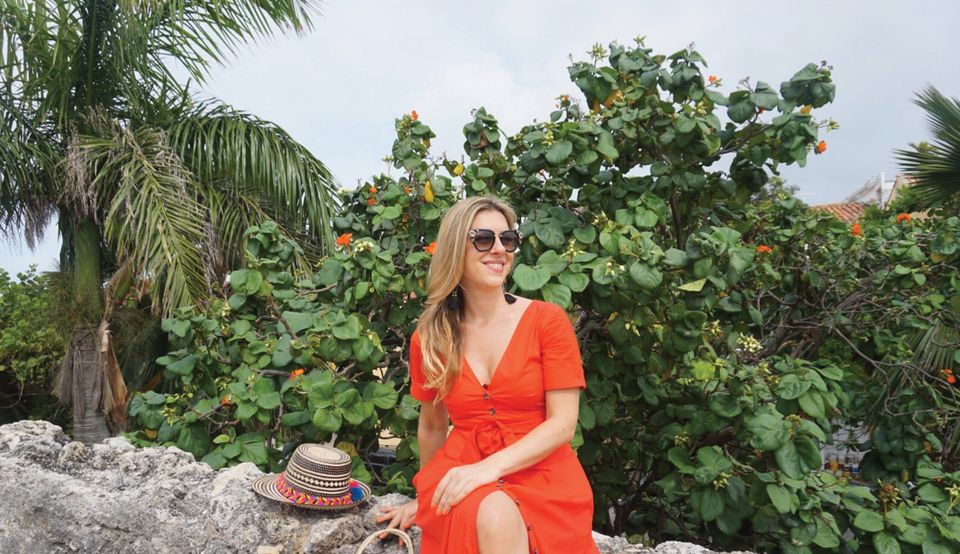 The collector Christina Makris works in the private wealth sector. In a previous life, however, she was an academic—she has a PhD in philosophy and a philosophical approach extends to her art collection. “The joy of being a young collector is that your taste is still being developed and the orientation of your collection is still to be determined,” Makris says. The collection includes the Latvian artist Ella Kruglyanskaya and the London-based, Nigerian-born Abe Odedina, as well as works from the eastern Mediterranean region. In between being a trustee of Site Gallery in Sheffield and a patron of several London institutions, she is carving out time to write a book on the philosophy of taste in art and food. Here, Makris tells us about a World Cup-induced impulse buy, and invites us to an exhibition in her bathroom.

I used to draw and paint as a child and was encouraged to visit museums and be around art. My mother collected antique Byzantine icons, so it was instilled in me that art objects are something otherworldly and special. Quite a few of my school friends became artists, so I wanted to acquire a piece from each to feel close to them; it then spread to other artists.

It wasn’t purchased but bartered. A very talented university friend—who has sadly given up making art—drew a charcoal portrait of me in exchange for a bottle of Nero d’Avola and homemade moussaka.

What was your most recent art purchase?

I impulse-bought The Three Wise Men of Willesden Junction (2018) by Bill Daggs during half-time in the Spain vs Iran game at the World Cup this summer. I was at the OOF magazine football and art event at the Bomb Factory [Art Foundation]. I like to think it was an efficient use of half-time.

Abdel Halim Hafez (2012) by the Egyptian artist Chant Avedissian is saturated in sentimental and symbolic value for me, far outweighing its monetary value. 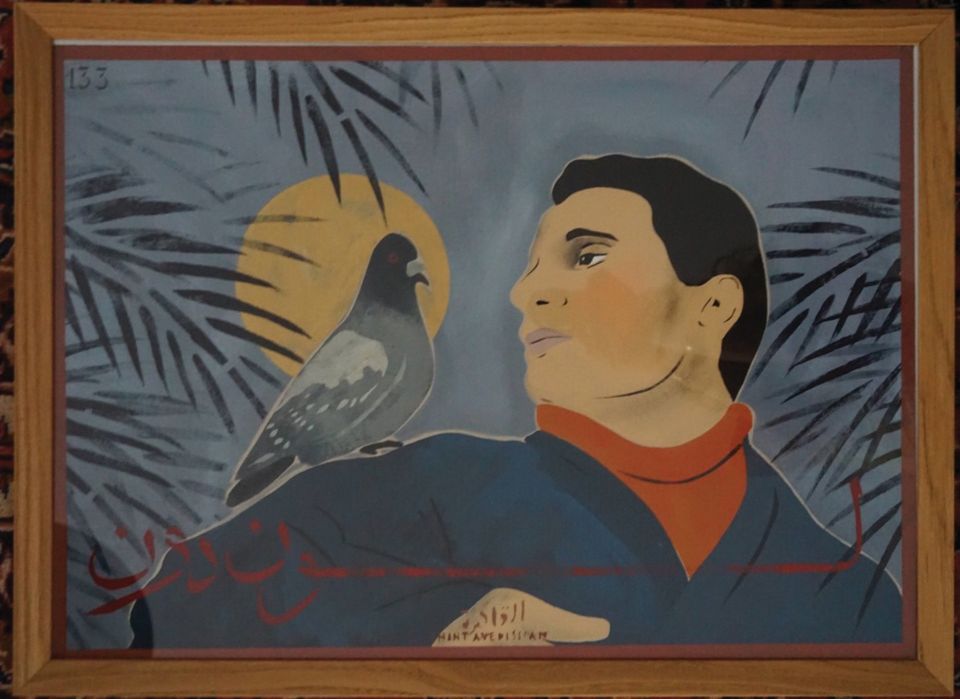 Perish the thought, but I’d take Stelios Faitakis’s New Wave (2016), which features flames in its composition anyway and would remind me of the sacrifices left behind.

In the highly unlikely case that Vienna’s Kunsthistorisches Museum was hard up for cash, I’d make a play for Parmigianino’s Self-portrait in a Convex Mirror (1524).

I have a huge photograph that I’m certain weighs more than an elephant—Anna Malagrida’s Holiday Inn (2006), depicting a poetically chaotic cityscape in Amman. It took four men to carry it up to my flat and hang it. I’ve wanted to move it for years but I haven’t had four men in my flat since. 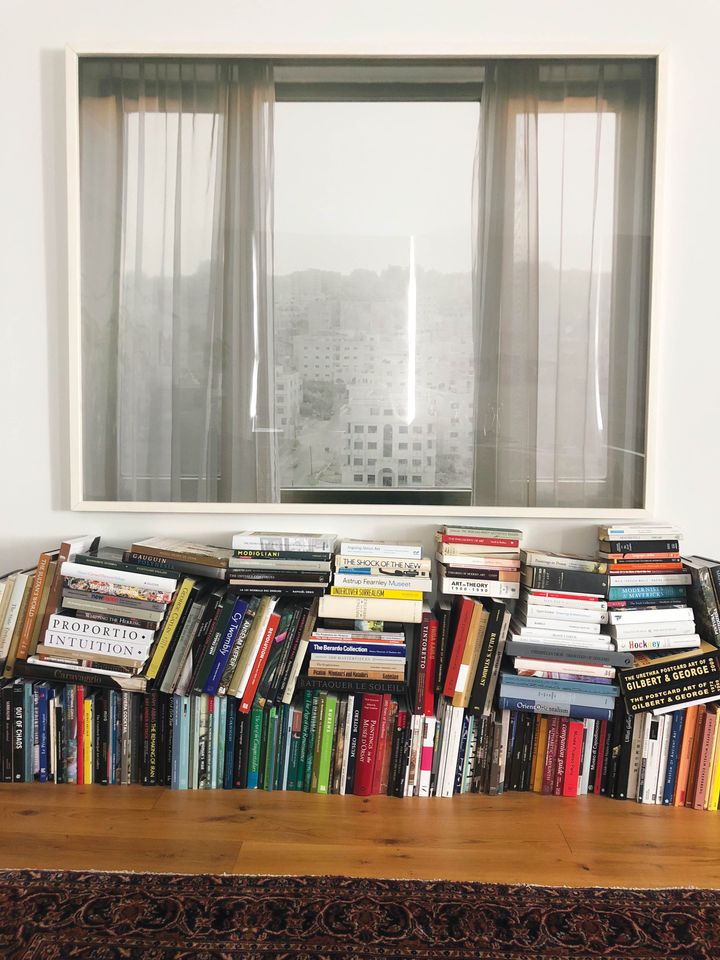 I am officially inviting everybody over for drinks to see the mini-collection in my guest bathroom. Just let me know which dates work.

Artemisia Gentileschi to carve the meat, Gilbert & George to choose the cheese, Francis Bacon to pick the wine, Marina Abramović to help with the washing up, and the young artist and my friend Ameera Kawash to preside as salonnière.

I never regret my choices, but I think if you do, you just have to buy more pieces to dilute what you think you no longer like. A ratio of 5:1—five good, one odd—should do the trick.