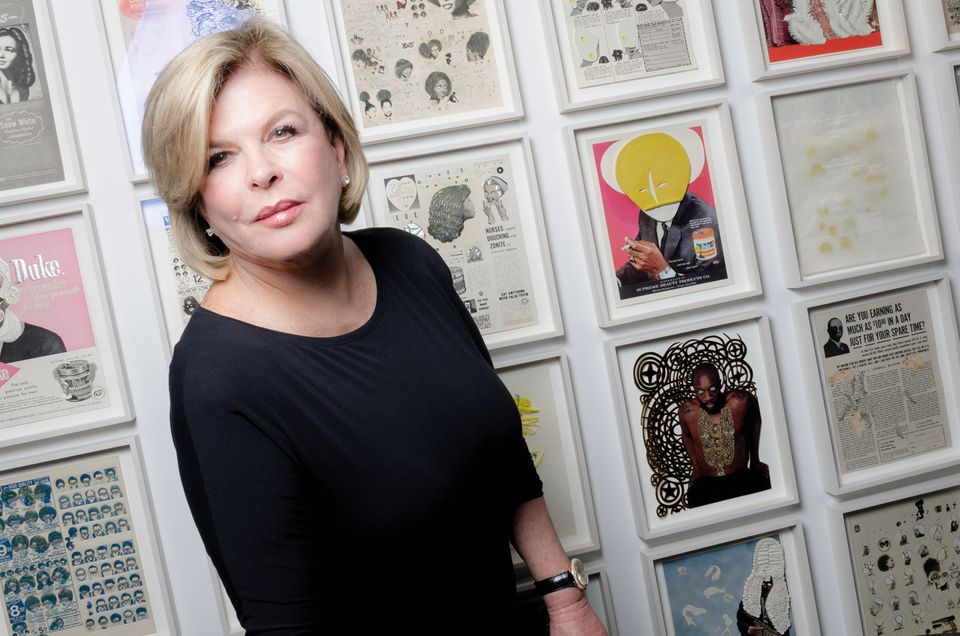 Cuban-born Ella Fontanals-Cisneros grew up in Venezuela and started collecting in the 1970s after she married her then husband, the Venezuelan billionaire Oswaldo Cisneros. “I was first caught by the work of Venezuelan artists,” Fontanals-Cisneros says. “When I got married and began traveling through Latin America with my husband, I started looking at, and collecting, the work of artists from Latin America in general.”

In 2002, Fontanals-Cisneros established the non-profit Cisneros Fontanals Art Foundation (Cifo), centred on the Cifo Art Space in downtown Miami, to promote Latin American artists to a global audience. The foundation has given more than $1.5m in grants to more than 120 Latin American artists and many pieces from the collection are on long-term loan to institutions including London’s Tate Modern and the Museo Nacional Centro de Arte Reina Sofía in Madrid. On 6 December, Cifo opened a show of three major figures of Cuban geometric art: Loló Soldevilla, Sandu Darie and Carmen Herrera (until 4 March).

Ella Fontanals-Cisneros: I was very young when I bought my first painting: La Quema by the Venezuelan painter Tomas Golding.

I enjoy visiting artists’ studios and seeing their process before committing to a purchase.

If you are talking about money, it has been the Concrete artists from Brazil and, of course, other international artists as well, especially pieces by Carmen Herrera, Lygia Clark, Sandu Darie and Lolo Soldevilla. We know that all contemporary artists’ works have gone up in value, but there are also many pieces that I consider valuable, even though the prices haven’t gone up, because they are very dear to my heart.

This question is so difficult because I am so connected and attached to all my wonderful art. It would be a tough choice.

Warhol asked me if I wanted my portrait done… regrets, regrets

A painting by Rothko.

Andy Warhol asked me if I wanted to have my portrait done, [but] I was too young and could not understand what he was doing… regrets, regrets.

The collection has been displayed in many parts of the world, but personally I had a problem seeing the works displayed in my bathroom. However, I have now overcome this problem and now have works by Barbara Hepworth and Leonardo Drew [in there]. The colouring was part of the reason that I hung them there, but they are also two artists whose work I appreciate very much.

When I was young, I had a friend, Otto Atencio, who was much older than me and a big collector. He told me to always buy the best piece by the artist you love.