The Basel-based collector Ulla Dreyfus-Best on her "Wunderkammer", which mixes 11th-century Italian bronzes with pieces by Jeff Koons 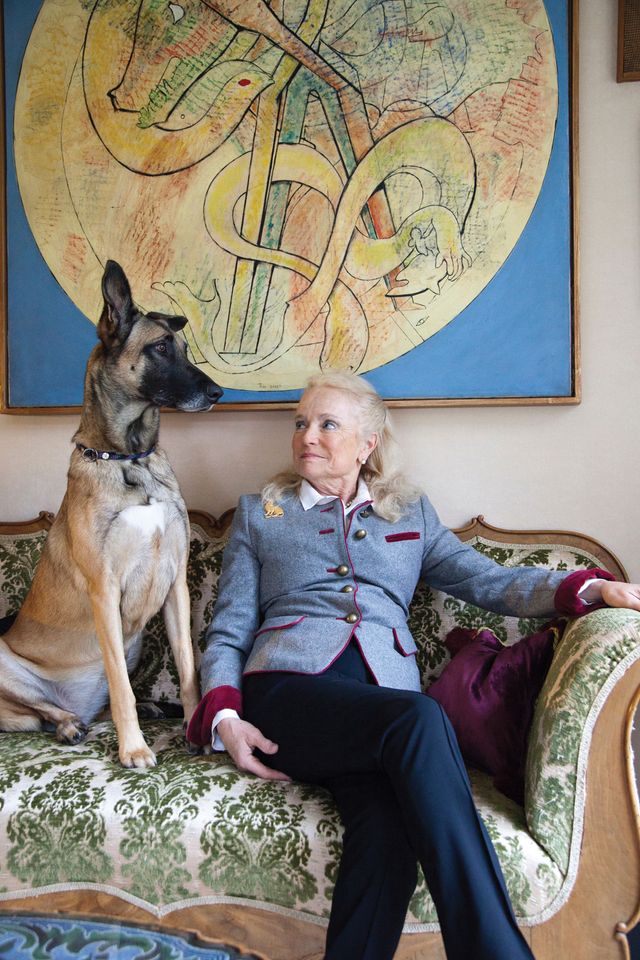 The Basel-based collector Ulla Dreyfus-Best started buying art in the 1970s with her late husband, the Swiss banker Richard G. Dreyfus. Together they built what she describes as “a real Wunderkammer, spanning over 850 years”. The eclectic mix stretches from an 11th-century Italian bronze to Renaissance, Baroque and Mannerist pictures, from Symbolist and Surrealist works (René Magritte is a particular favourite) to contemporary pieces by artists such as Jeff Koons. In 2014, the Peggy Guggenheim Collection in Venice staged an exhibition of the collection, a testament to the couple’s catholic tastes. Dreyfus-Best and her husband also inherited pieces from her father-in-law Baron Robert von Hirsch, including part of his vast collection of Old Masters­—that is, those items not sold off during the record-breaking seven-day auction of his collection at Sotheby’s, London, in 1978. Dreyfus-Best now sits on Sotheby’s advisory board and has attended every Art Basel since it started in 1970.

My family influenced me—my parents collected contemporary art before the war. Then I married Richard, already a great collector, and we collected together.

What was your first art purchase?

In the 1970s, I bought a 1942 Yves Tanguy painting from Rudolf Zwirner, who then had just a little gallery in Cologne. I sold it after a few years, then, in the early 1990s, I bought an important earlier work, ...On Sonne (1927), which had belonged to Baron Hans Heinrich von Thyssen-Bornemisza.

A bronze sculpture by Louise Bourgeois of a five-legged cat from Hauser & Wirth.

Any way! It doesn’t matter if it’s in Timbuktu or Saudi Arabia —if it fits with the concept of my collection, is within my budget and I like it, then I buy it.

Every piece is valuable to me and I would never think in terms of money—but probably the paintings that my husband and I bought very early on.

I would probably take some of the small ones that I could carry, maybe the Old Master drawings, a Dalí and a Magritte.

I have two. First, a painting by Domenico Gnoli, who was shown last year at Art Basel. The second would be Hieronymus Bosch’s The Garden of Earthly Delights (1503-15). It would fit perfectly in my collection.

None of them particularly, although I have restored a couple of Old Masters myself [Dreyfus-Best was formerly a restorer at the Kunstmuseum Basel].

For the past 15 years, I have had an artist as guest of honour at the dinner I host during Art Basel. The first year it was Jeff Koons, this year it is Theaster Gates. So, I would invite all of them, and also Leonardo da Vinci and Bosch.

Which work do you regret not buying?

The Gnoli from last year that I couldn’t afford; it was a painting of a woman’s braided hair. He is an incredible realistic painter, with a touch of Surrealism.

What is the most surprising place in which you have displayed a work?

A Japanese museum wanted to borrow two of my works by the 16th-century painter Giuseppe Arcimboldo, but I didn’t want to lend them because I don’t agree with the Japanese approach to the environment. So, I asked for a lot of money and gave it to an NGO protecting marine mammals.

Look, look, look… you must have an open eye, and train yourself to register images in your brain, remember them. It is a discipline.