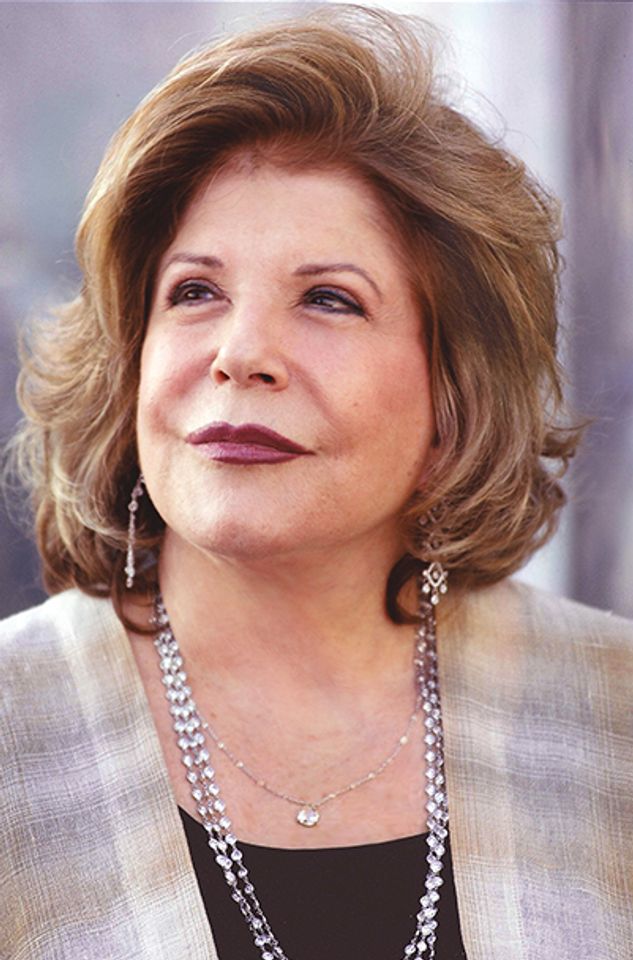 Wallis Annenberg is one of the most powerful and influential philanthropists in Los Angeles. The heir of the billionaire media tycoon, Walter Annenberg, she took charge of the Annenberg Foundation in 2009, overseeing the distribution of more than $595m to more than 2,180 organisations. She is on the board of trustees at the Museum of Contemporary Art, Los Angeles, as well as the Los Angeles County Museum of Art (Lacma), whose chief Michael Govan is formally known as the Wallis Annenberg director, a title that reflects a $10m grant from her foundation awarded in 2002. In 2008, Annenberg gave a $23m to Lacma to acquire the Marjorie and Leonard Vernon collection of 19th- and 20th-century photographs. The medium holds a particular interest for her: she created the Annenberg Space for Photography in Los Angeles, which celebrates its tenth anniversary this year, and has works by photographers such as Irving Penn, Berenice Abbott and Jacques-Henri Lartigue in her own personal collection.

The Art Newspaper: What is your preferred way of buying art?

Wallis Annenberg: I believe in buying art with my heart, and not my wallet. So really, my only method is to ask myself: does this work astonish me? Does it say something special to me, something that has never been said before, something that will reveal itself more and more over time? Is it something I want to live with every day? Owning a great work of art is really a conversation that evolves and unfolds. You should look forward to passing it in your own home. You should miss it when you are on vacation, In my humble opinion, that’s the way to buy a piece of art.

I would have to say the Mona Lisa. Simply because that smile—that coyly courageous expression, which has been studied and contemplated and admired for five centuries now—says boldly and clearly: I know something that you don’t. It’s what I want out of my art. I suppose praising the Mona Lisa is like saying Shakespeare is the best writer. But some clichés have the virtue of being true. If you know anyone who is selling it, give them my number.

I try not to look at art that way. It’s easy to wish that you were snapping up Andreas Gursky or William Eggleston or Diane Arbus photographs when no one knew their names. But I really try not to look at this as a futures market. There is extraordinary art being produced every single day; I try to buy what moves me and speaks to me.

Which of your works requires the most maintenance?

I can’t say I own any works that are especially high maintenance. But I do think of art as being a bit like houseplants. You should give them love and attention, maybe even talk to them a bit, if not actually out loud. It exists to be seen and experienced and adored, and that can be a type of maintenance, to be sure.

I find that if the art itself is surprising, any place you display it is surprising. You’d be amazed how surprising a living room wall can be under the right circumstances.

I would say Cindy Sherman, because her work is so fun and funny and personal and emotional at the same time; I know she would make for thrilling conversation. Sally Mann, because she sees so deep inside her subjects, she would be able to deconstruct what had really happened at the dinner the next day. And Jenny Holzer, because she knows how to present complex and brilliant ideas in a public place—which is, after all, the definition of a great dinner party.

What is the best collecting advice you have been given?

Don’t collect art as if it is a stamp or coin or figurine. Let the art collect you.

Are philanthropists born or made?

I would have to say both, really. Wanting to share your good fortune, and support innovative people and ideas, is an instinct. But knowing how to do it right—how to leverage real change, how to support ideas that will be copied and expanded upon, many times over—takes real experience and judgement. No one is born with that; I know I wasn’t!