Art lovers tell us what they've bought and why 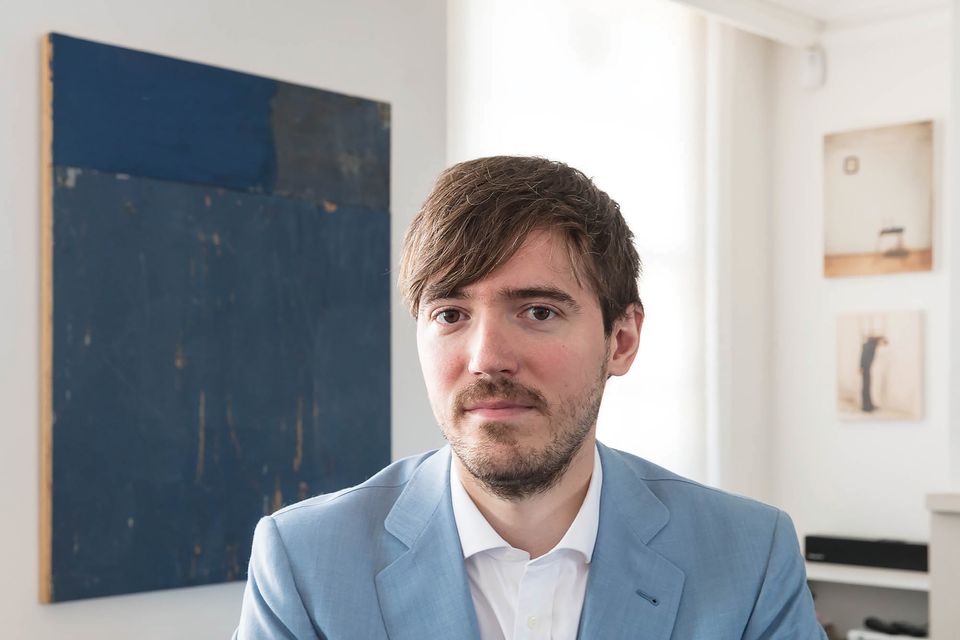 Re Rebaudengo has art collecting in his blood, and started his own collection in his early 20s Mark Blower

The Turin-born, London-based collector Eugenio Re Rebaudengo is the son of Patrizia Sandretto Re Rebaudengo, who launched the Fondazione Sandretto Re Rebaudengo in Turin in 1995 to support young Italian and international artists. In 2008, Eugenio became a director of his family’s foundation, which now has spaces in Turin and Guarene d’Alba, plus a recently opened space in Madrid. He started to collect in his own right seven years ago when he moved to London. Concentrating on younger artists, such as Helen Marten, Alex Israel, Pamela Rosenkranz, Adrián Villar Rojas, Lynette Yiadom Boakye, Josh Kline and Sanya Kantarovsky, he says: “This is when the artist needs the most financial and emotional support.”

Eugenio Re Rebaudengo: I’ve grown up in a family of collectors. My mother, Patrizia, began collecting contemporary art in the early 1990s. So my passion started at a very early stage. I’ve learned a lot from my mother over the past 25 years.

I focus my attention mostly on artists of my generation. One of the first acquisitions I remember vividly is an important early piece by Alex Israel.

I just bought two works by David Czupryn and Katja Seib, who are incredibly talented young painters based in Düsseldorf. I’m so happy to see how their careers are developing.

What is the most expensive piece in your collection?

Recently I acquired a fantastic painted iron sculpture from the 1960s by the post-war Italian sculptor Pietro Consagra. Considering his historical importance, the price point is obviously higher than for artists in their early 30s, but he is still undervalued compared with his peers.

That’s an impossible question! But if I had to choose, I’m very close to a piece by Tauba Auerbach and two works by Paul Kneale—his scanner paintings are fantastic and I believe they are extremely relevant conceptually as well as being aesthetically beautiful.

Paintings by Leonardo da Vinci or Van Gogh would be a dream to have in my living room. However, I’d prefer to acquire works by artists of my generation that I believe in, such as Helen Marten, Ian Cheng, Michael Armitage, Avery Singer, Josh Kline and Sanya Kantarovsky.

Obviously, sculptures and installation pieces are the ones that require the most maintenance and cost in terms of shipping and storing. The attitude I inherited is not to collect “domestic” work just because it fits in the flat, but to have more of an ambitious view.

Pietro Consagra—there are so many questions that I’d like to ask him about his great vision and works. I’d also invite Peggy Guggenheim and a group of artists that she supported, from Duchamp and Pollock to Ernst and Calder; I’m sure it’d be a lot of fun.

I’m close to a lot of artists and galleries, so primary market is definitely my favourite way to acquire.

What has been your worst purchase?

I’m not sure under which parameter this should be judged, but I’m really proud of all the works and artists in my collection.