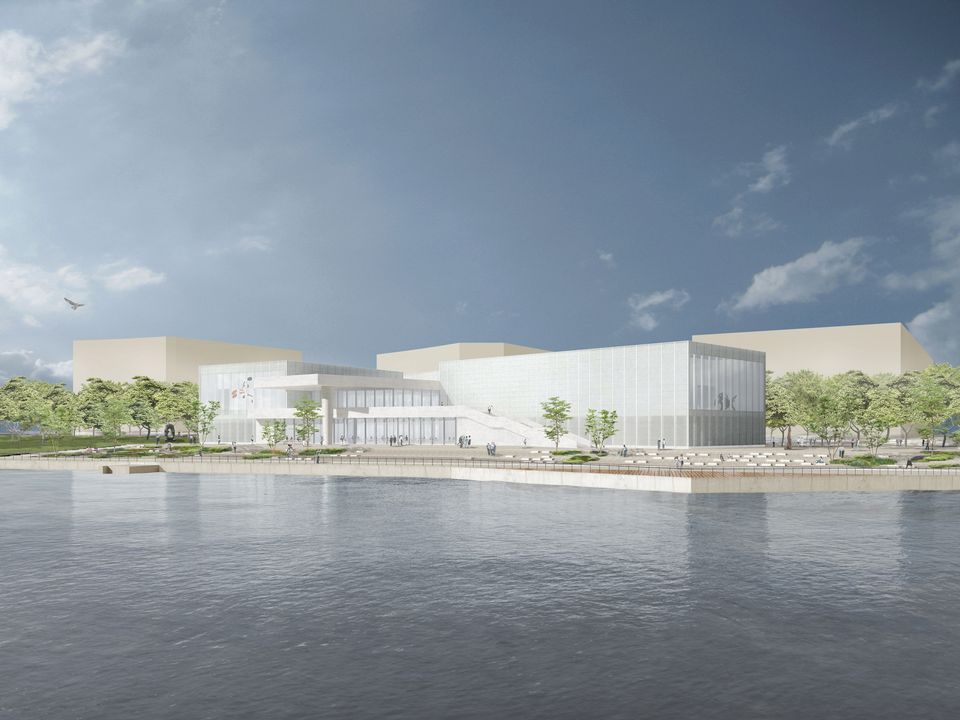 The West Bund Art Museum in Shanghai, located on a triangle of land between the Huangpu river and Longteng Avenue, is the latest in a long line of museum projects for David Chipperfield Architects. A wing of the 22,000 sq. m iridescent glass building will house an outpost of Paris’s Centre Pompidou for a renewable five-year period. Part of a growing “cultural corridor” in the former industrial area, the museum is due to open later this year.

London-born Chipperfield is perhaps best known for his careful reconstruction of the Neues Museum of antiquities on Berlin’s Museum Island. He has also designed the James Simon Galerie, which serves as a new entrance to the island’s museums and is scheduled to open this summer. In an interview in his Berlin offices with The Art Newspaper, Chipperfield spoke about the frustratingly free brief for the West Bund Art Museum, China’s unstoppable urban development and the ethical questions that arise for architects working in countries with authoritarian regimes. 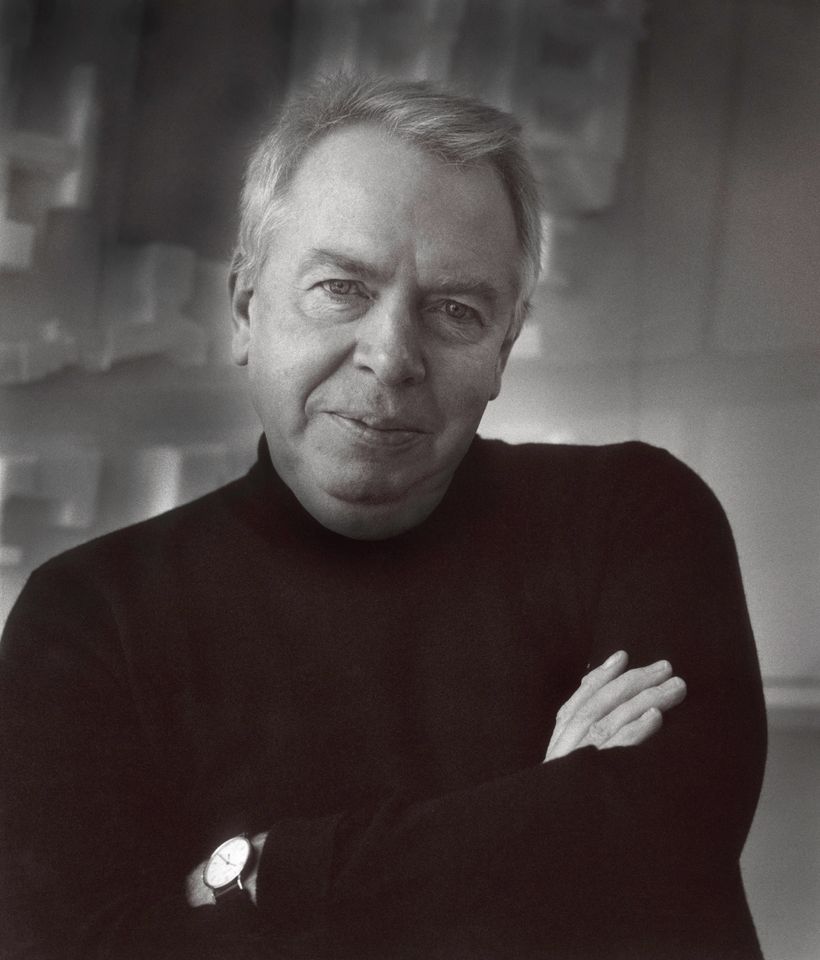 The Art Newspaper: You have said that the West Bund Art Museum will have a “strong relationship to its surroundings”. What does that mean in concrete terms?

David Chipperfield: The museum is on a piece of territory that has been defined by the city as a recreational strip running along the river. This strip is bound by the river on one side and the road on the other. So does the museum face the road or the river? In this case, the pedestrian route along the river is a surprisingly important infrastructural element, busy with joggers and walkers. That is something to respond to. So the building doesn’t have a back and a front.

How was the experience of working with the Shanghai authorities?

When we designed the building it wasn’t for the Centre Pompidou. It was for “a museum”. When we asked, “what will be in the museum?”, the answer was: “We don’t know yet. But we need three big multi-functional halls that can be used for anything—exhibitions, performances, parties.”

It was incredibly generic, which was a bit frustrating. We were playing tennis with ourselves—there was no one hitting the ball back. Architects always argue that they would like more freedom, but be careful, because sometimes freedom doesn’t help you.

It would have been wonderful if the Centre Pompidou had been the client from the beginning, because we could have understood what they wanted. Instead the Pompidou came on after construction began. The building has a more generic feeling, because we didn’t have an idea of what the content might be. You could argue that in the long term that might be useful, because it is a looser-fit idea of what a museum might be—three huge spaces which you can just play with.

The challenge for the future is not just architecture, but the built environment in general: schools, streets, squares—the places where we live as opposed to cultural landmarks

Are the Centre Pompidou curators happy with the result?

There have been some fairly substantial modifications to the building for them to occupy it. We had to fit in an atrium. I think we did the best under the circumstances to make a virtue of the generic qualities, and the Centre Pompidou seems comfortable with the conversion of the building to their functionalities.

Has this experience put you off working in China?

No. We have an office [in Shanghai] and we have been working there for 15 years. We are quite convinced about being there. There are opportunities that are different from those in Europe and restrictions that are different. The whole process of permissions and approvals is also very complicated, very opaque. When you ask, “why was this not approved?”, you get five different versions. You don’t know if this is a political problem, professional problem, one of regulation or temperament.

China has for many years been viewed as a land of opportunity for architects. Do you see this at risk, given slowing economic growth and increasing authoritarianism?

I would say the narrative about the diminishing expansion of the economy is offset by the slightly more sophisticated environment that is evolving. The Chinese are getting better at building. Clients there are understanding better how to put projects together, being a bit more careful about what they build and increasingly sceptical about doing “funny-shaped architecture”. 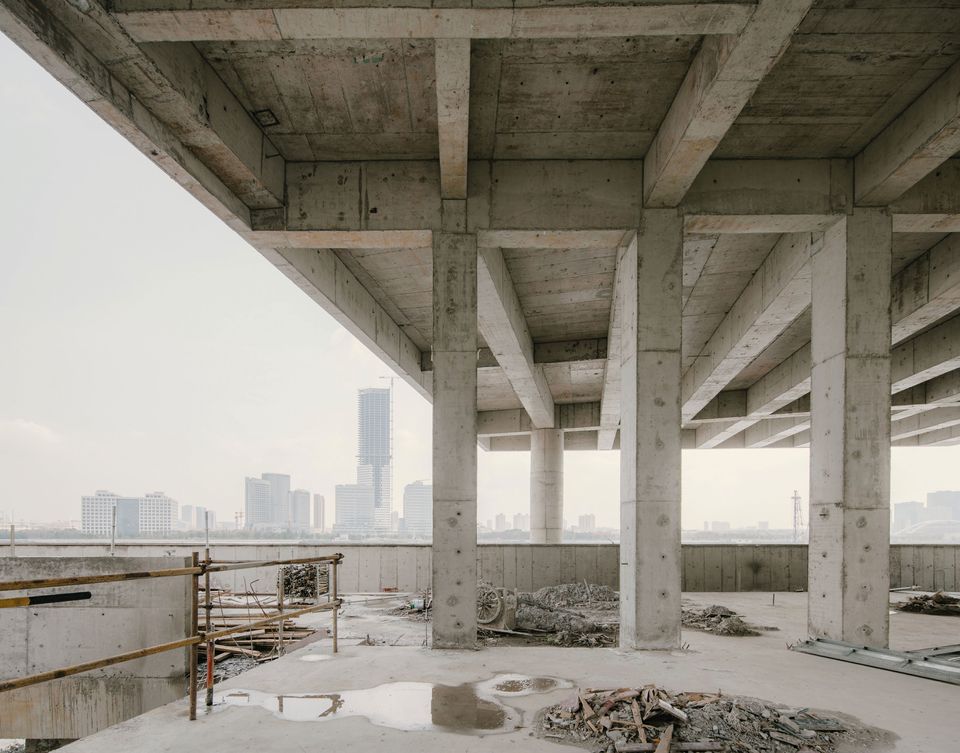 That is reminiscent of the criticism Rem Koolhaas received for the CCTV tower in Beijing, when president Xi Jinping called for an end to “weird architecture”. Meanwhile Westerners have questioned his work in China, given its human rights record. What are your thoughts on this?

I don’t believe that by building projects in China you are by definition propping up the regime. It depends on the project and how close it is to the regime. It’s a bit like sanctions—if you put sanctions on Iran, are you hurting the regime or the people who can’t get food? I am fairly sure the political leaders in Iran don’t have a problem with access to food. All of us would find it very difficult to build for bad people. What about bad regimes? Where do you draw the line? And that is the difficult one. If you are building the private house of a tyrant, then it is a different thing from building in a community. If you are building a hospital for Syria, are you propping up a regime or are you helping the people?

Setting aside big prestige projects like the West Bund, it seems that urban planning is not a top priority in China, where vast cities have sprouted up very fast.

It is disappointing that at the very point when we are not building cities very well ourselves in Europe, China is expanding and copying formulas that we are using—big masterplans that have no great urban qualities. We don’t seem able to use resources in an intelligent and sustainable way. The challenge for the future is not just architecture, but the built environment in general: schools, streets, squares, shopping centres, the places where we live as opposed to the cultural landmarks.

Has Europe done this better in the past?

There was a certain utopian idea of building a new world after the Second World War, and the practical challenge of building housing and cities was infused with an ideological component as well. Planning was not just expedient; it aspired to societal ambitions about what type of communities we were building. We made a lot of mistakes, but there were intentions. Whereas I feel that at the moment it is just pragmatism. There is no intellectual restraint.

You have been showing a growing interest in urban planning. What shape could this take in the future of your work?

We architects are largely employed where we can add commercial value, because if we add value, we are given some of it in return. Architecture is only seen to have a role on big cultural projects, big commercial products, but we do not have much influence on more crucial areas of schools and housing. If the state doesn’t deliver these things, the private sector is not going to step up their approach. In England, the private sector delivers all the housing, and they rarely want good design to be part of that—it just gets in the way, it costs them more money, makes it more complicated. This is something that has got to change.

Planning has a bigger effect on our built environment than a one-off building. It is wonderful to do the Neues Museum or the James Simon Galerie or the Kunsthaus Zürich. Although I am not underestimating that as an important contribution to architectural civilisation, I feel we have underestimated the importance of the quality of the physical environment as part of the quality of our daily lives. Considering some of the physical conditions in certain towns around England, for example, I can understand why many people in these areas voted for Brexit as a protest against their surrounding environment.

I recently established a non-profit foundation in Galicia, with three or four people working there. We are conducting planning studies and supporting the local government in an effort to protect quality of life in the region. The people of Galicia have little money, there is high unemployment, they have a demographic problem, but I would say that they have a high quality of life despite all that. It is not based on money, but based on the beauty of the place. It is fascinating to be in a community which is financially challenged and yet still see that they live well and love being there.

In our world, where everything is about wanting more, about growth and consumption, we are going to have to rethink. I think the young generation is questioning this. My kids are thinking in a different way about consumption.