Elizabeth Peyton on Kurt Cobain, the Twilight films and painting a museum director in his shorts

In her new solo show at London's National Portrait Gallery, the artist connects the past with the present 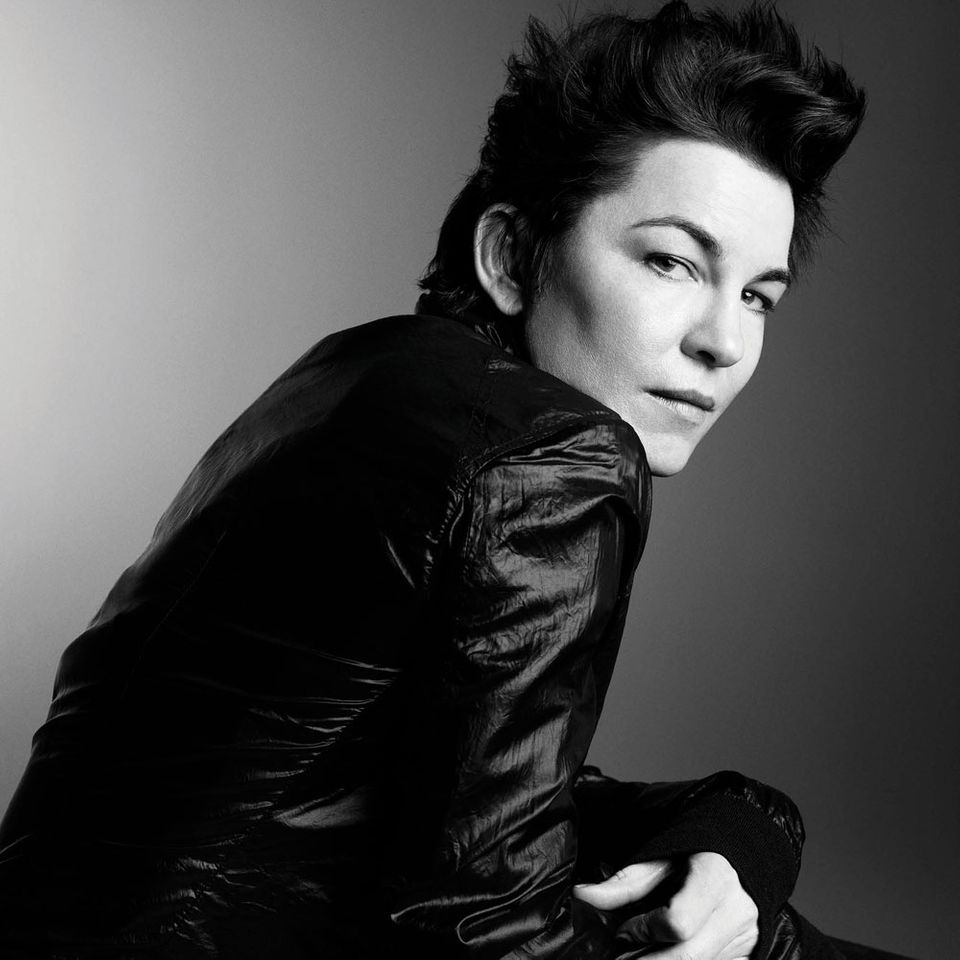 The US artist Elizabeth Peyton is known for her lushly painted portraits of subjects ranging from Napoleon and Louis XVI to former Oasis frontman Liam Gallagher and climate change crusader Greta Thunberg. Her first exhibition in the UK was in a south London pub in 1995; this week, she becomes the first artist to have a solo show in London’s National Portrait Gallery (NPG) to be interspersed throughout its historical collections. We asked her about the exhibition, how she chooses her subjects and having the NPG director Nicholas Cullinan as a sitter.

The Art Newspaper: How do you feel about your work being shown alongside portraits spanning more than five centuries?

Elizabeth Peyton: I’m excited and honoured, especially to have my pictures shown with the Tudor paintings. There’s an individuality and a heightened expression among those powerful people of how they wanted to represent themselves to the world. One of the juxtapositions I’m most thrilled by is seeing a painting of Elizabeth I next to my painting of [the musician] Kurt Cobain. He almost looks like he is dead in a beatific way, and she also looks between life and death. I was thinking about what happens to somebody when they are looked at so much and how those two people are icons now; they both have this quality of being super-human in the way they are presenting themselves. They each look similar to the way that they have made themselves look, but through different means and for different ends. 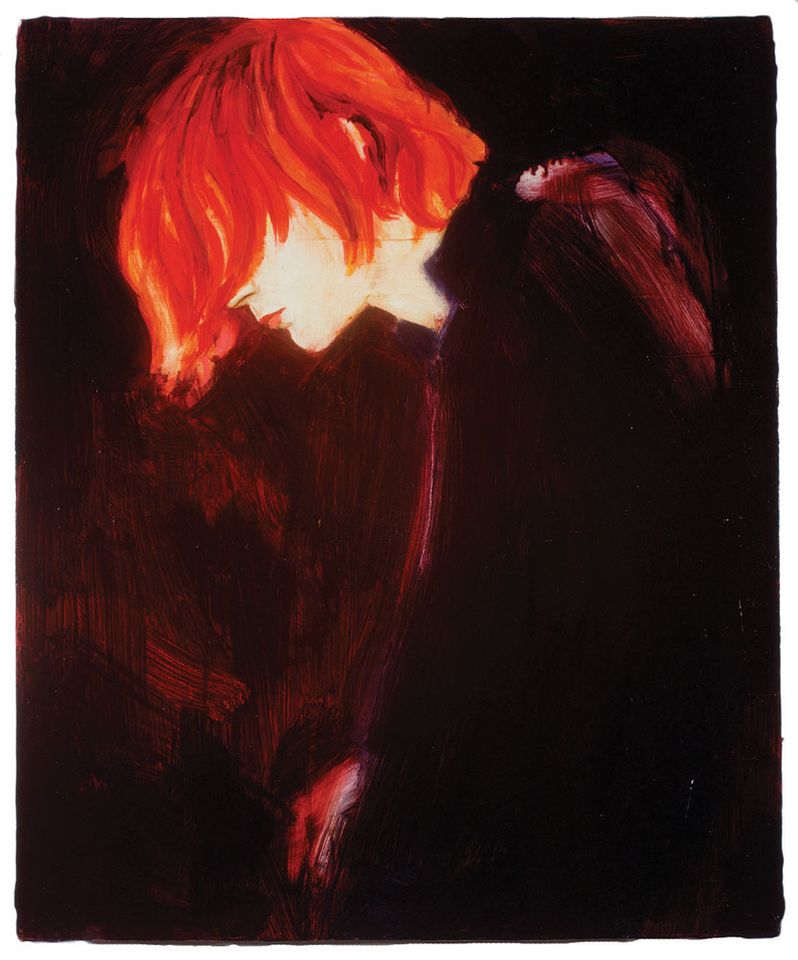 Are there any other placements of your work in the show that you would like to single out?

I was conscious in the Victorian galleries that it was an era that celebrated romantic love, but it was also one that oppressed a certain kind of romantic love and expression. So, I placed my painting of the two lovers in the film Twilight next to Harriet Goodhue Hosmer’s bronze-cast clasped hands of the poets Robert and Elizabeth Barrett Browning. Also in the Victorian galleries are a number of drawings and faces of the US rapper Tyler, the Creator, which I have hung with other portraits of very contemporary people. 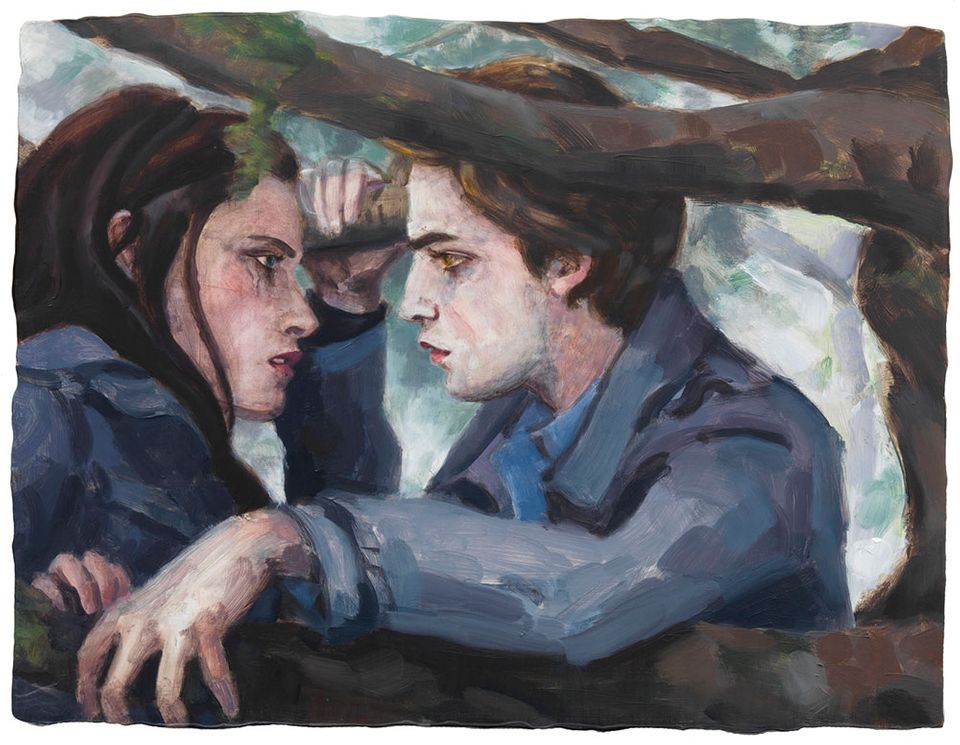 As well as portraying historical and contemporary figures, you also make pictures directly from other paintings by artists such as Giorgione, Delacroix and Leonardo. How do you choose your subjects?

I start with my intuition. I don’t really think about who I should paint. The choosing is a very natural thing: this is what I am thinking about right now, or what or who I think is important in the world. I am always looking for something to make me feel better or feel something. Things such as art, music, nature or people who, for me, do heroic things. Watching the news and seeing Greta Thunberg’s face makes me happy. Then when I’m painting, I try not to think too much and just let it happen in the paint.

One of your subjects featured in the show is the NPG’s director Nicholas Cullinan. How did that come about?

It took about three years for it to happen. When Nick was at the Metropolitan Museum of Art in New York, he would come around and I would get 45 minutes or an hour. Then he came to Copenhagen where I was staying at the time; I thought this should be a bit different and that we should go for a long walk before we had the sitting. We ended up talking about our mothers: I was asking him for some advice and he shared some things with me. Initially I was going to have him sit in the studio but it seemed too stuffy. There, he was in his shorts so I said: why not go into the living room? I never had anybody sit there before. I gave him this giant book on Raphael, and he was kind of falling asleep. I then realised that this painting was going to be a lot more intimate than I had anticipated, and actually it was the beginning of a friendship as well. 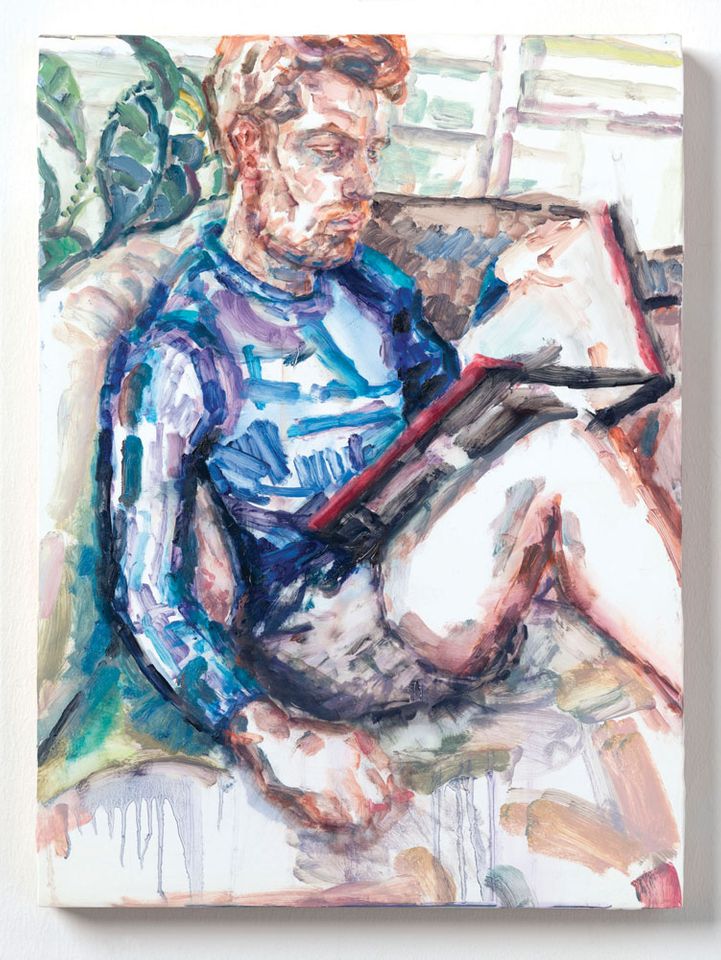 You paint from reproductions, from the photographs that you take and from life. How do these different approaches play out?

More and more I find myself working from photographs that are distorted. I take photographs of photographs from my really messy computer screen and even the ones I take, I love to photograph again and again. They have reflections in them and heightened colour that you would not see in life and that is a readymade thing for me.

Pictures made from life have much more urgency: when somebody is right there in front of me, I don’t want to waste their time. Inevitably they are going to leave and so when I see something, and I’m excited, I have to capture it very quickly. I want to keep on painting from life. I think it’s magic: two people in a room who both have faith in the situation. It is a very special kind of attention.

• The artist will be in conversation with Nicholas Cullinan, the director of the National Portrait Gallery, at Frieze Masters today at 3pm