Eva and Franco Mattes: ‘Technology does not create the social problems we so often criticise’

As the lockdown forces the art world to migrate online, the Italian duo, who embraced the internet in its infancy, are moving in the opposite direction Eva and Franco Mattes have been making art that responds to and exists on the internet since the mid-1990s as the World Wide Web was taking off. But as the internet grew in influence and became an ever-increasing part of everyday existence, these net art pioneers started to manifest IRL (in real life), too, proving just how much human experience and virtual reality are beginning to merge. Already 20 years ago, Eva and Franco—pseudonyms, by the way—explored the limits of living online, with their work Life Sharing, where from 2000 to 2003 they made the contents of their home computer entirely accessible to the public. Everything from emails to bank statements were available in real time to be read, copied or downloaded.

The rather urgent migration of the art world to virtual venues—with online viewing rooms within which to mount exhibitions and an onslaught of digital tools aimed at increasing engagement with objects that are locked away from us—prompts a much-need re-evaluation of early net art. As Eva and Franco’s Ceiling Cat (2016)—a taxidermy cat sculpture that riffs on a popular internet meme—finds its way into the permanent collection of the San Francisco Museum of Modern Art this year, the infiltration of internet culture within culture with a capital C seems not just relevant but inevitable.

The Art Newspaper: What first drew you to making work about, on and for the internet?

Franco Mattes: When the internet as we know it started, around 1995, we were 19 years old and we were absolutely sure we wanted to be artists. But we had two problems. One is that we were isolated—we lived in a small city in the north of Italy, far from the epicentres of the art world. And another problem was that we didn’t want to create our own aesthetic—as a young artist, you know, you feel this very strong pressure to find your own aesthetic, your voice, and we wanted to avoid it. We were obsessed with Marcel Duchamp back then and felt that he never created his own aesthetic—and yet he was one of the most influential artists of the century. We thought maybe there was a way for us, too, to avoid it.

So the internet solved both these problems of isolation and identity—you could operate from anywhere as anyone.

Eva Mattes: Yes. We were exploring many different collective identities and names for ourselves also. We have been known for many years as the name of our website, 0100101110101101.org, something that you have to copy and paste because it’s impossible to remember. One of the very first things we did was making copies of other artists’ websites. We were interested in replicability and circulation, and issues of copyright, of ownership and authenticity. These were the pillars of the art world, but it became clear early on that on the internet, they will be challenged—you could make endless identical copies of anything instantly and for free. 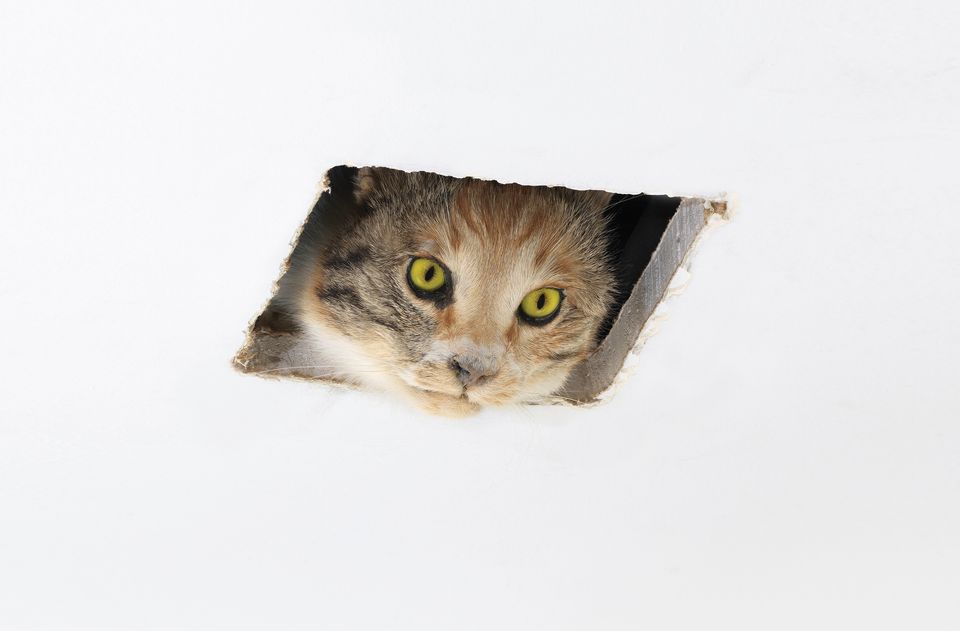 You began by making digital works—such as the computer virus Biennale.py, which you unleashed at the 2001 Venice Biennale—but more recently you have begun replicating internet memes in real life, like your taxidermy sculpture Ceiling Cat. Was that shift, from the virtual world to the physical, a conscious decision you made or is it simply reflective of how indistinguishable so-called real life and online life have become?

FM: We had only ever made internet works when we were invited to the Venice Biennale so we did not want to make an object. We wanted to make a work that could travel to you, instead of you having to go to an international art event like the Biennale, which is why we chose a computer virus. Once we released the virus, it was widely covered in the news; it was not only spreading as a piece of code or software, but maybe even faster as viral news, sometimes with misinformation. Today, you could say it was spreading like fake news. Little did we know when we were 24 years old that, two decades later, these simple concepts would have such an impact on politics and history itself—I’m speaking of the election of Trump, of course, and to Brexit, both of which were strongly influenced by the manipulation of perception on social media.

EM: This kind of spread of information, like memes, relies upon people’s creativity to produce new versions by remaking, remixing or imitating the original one. They’re created collectively. They’re anonymous. They spread beyond control. To me, they feel like a new form of myth-making or even folk art. Ultimately, it’s stuff for digital archaeologists to unpack. In the case of something like Ceiling Cat, the photos of our sculpture are now starting to circulate online, becoming entangled with the other internet native image versions. So the work could exist in two different circulation systems: a constant negotiation between the image and the object.

The confusion between the tangible art object and its virtual existence raises an interesting point, especially when all of culture is being pushed online during near-global lockdown. How much of culture from this point onwards do you think will simply be internet based?

EM: The internet used to be a Wild West in the 1990s, and now it’s more and more centralised and privatised. Think of a server farm in a concrete warehouse somewhere in the Utah desert—huge, black, windowless, storing all our data. So perhaps it’s not too different from huge commercial fairs or blockbuster shows; it won’t be difficult for galleries to find a voice and market here. It’s a strange feeling that all shows worldwide are currently sold installed as ghost exhibitions without being seen by visitors, and perhaps will never be seen. It’s a really cool concept if you can, for a moment, forget what caused it. What is an exhibition without visitors? Will this maybe cause us to reconsider our relationship to art, environment and time itself?

FM: Technology does not create the social problems we so often criticise. So when people criticise technology, they often confuse the impulse of, say, exhibitionism, with the technology that allows you to express it—for example, something like the selfie. And we are interested in artworks that reveal these mechanisms. I think of Riccardo Uncut (2018), which we made for the Whitney Museum. We do not know why Riccardo decided to participate in this project. What were his reasons to become the subject of this experiment, knowing all of his photos would become public? Similarly, we can ask why do we take part in social media when we know that our data and privacy are at stake? One thing is very clear to me: [Riccardo] did not do it for the money. In the same way, most of us don’t participate in social media for profit. We do it for other reasons, be it narcissism, conformism, loneliness, boredom, entertainment during the pandemic. Perhaps the only chance we have to observe something remotely intimate, private or even authentic is to look at the very process of performance and construction that are the ways a person curates and maintains the images that comprise the sense of self.