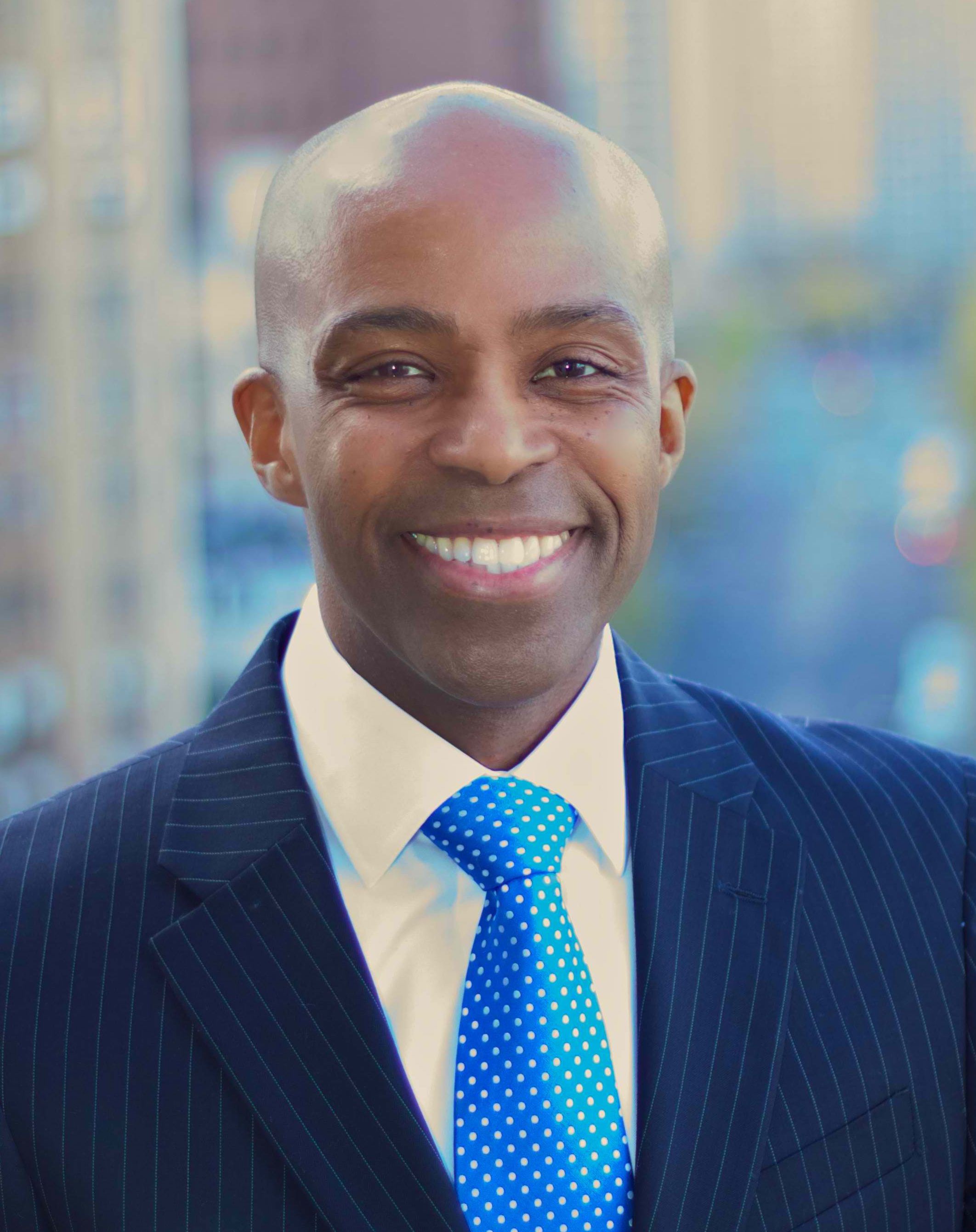 The Human Rights Campaign (HRC), the nation's largest LGBTQ civil rights organisation, unveiled an art installation five-stories high on the facade on its Washington, DC, headquarters on Juneteenth (19 June) proclaiming “All Li es Matter”. The work, on view through the election in November, is by the conceptual artist Hank Willis Thomas and is the HRC’s first collaboration with a major artist. The partnership was initiated by Alphonso David, who started last year as the Human Rights Campaign's first black president in its four-decade history. He spoke with The Art Newspaper about the power of art has to send messages and help create social change.

The Art Newspaper: How did the collaboration with Hank Willis Thomas come about?

Alphonso David: We talked internally about using the Human Rights Campaign building as an intentional advocacy symbol and identified Hank as the artist we wanted to work with. He's a groundbreaking artist who's challenged antiquated stereotypes around race. We looked at a variety of pieces Hank has done and were drawn to “All Li es Matter” [made originally in 2018 as a billboard in St Louis]. We thought it was a rebuke of what some conservative politicians have said, “All lives matter,” to undermine the Black Lives movement. 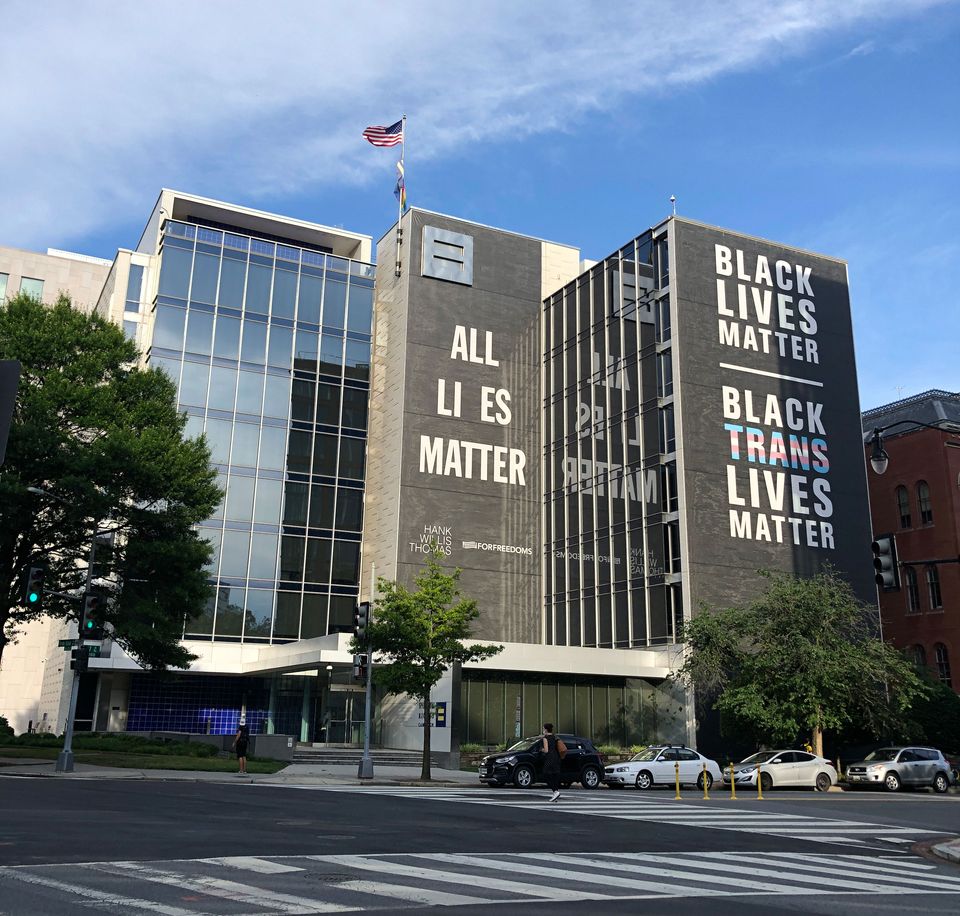 Hank Willis Thomas's installation (left) and another produced by the Human Rights Campaign on its Washington, DC headquarters

Was it important to you to reinforce the alignment between the Human Rights Campaign's mission to advance the civil rights of LGBTQ people and the Black Lives Matter movement?

Absolutely, it was critical that we talk about centering racial justice in our core mission. I cannot achieve equality as a gay man but then be shackled as a black man. When we think about the movements for equality—the women's rights movement, the disability rights movement, the racial justice movement, the LGBTQ rights movement—they're all moving in the same direction. We are trying to make sure that our constitution and the laws are interpreted in a way that's fair and equal. I think what's happened historically is that society has told us that we're many different movements. We're not. We're representing different constituents arguably, but we're fighting for the same thing. That's why it was so important for us to align with Black Lives Matter.

Your building installations came in tandem with the mayor of Washington, DC commissioning a Black Lives Matter street mural, which has inspired similar actions in cities around the country. In what ways do you think this kind of public art can be effective?

Washington, DC is a city of symbols. It's a town full on monuments. The Human Rights Campaign national headquarters is a symbol for those who want to see LGBTQ people represented in the DC skyline. Our building is not an anonymous office building. It's on the corner of 17th and Rhode Island, six blocks from the White House and around the corner from the Black Lives Matter plaza. I think what all of these pieces talk about is transforming how we see ourselves in others and inviting people to really reflect internally. As cities and institutions think about using their buildings as a form of visual art or just as a statement of advocacy, it helps us redefine the public discourse and also communicate to a larger audience during an election year.

As someone whose career has been more focused on legal strategies to achieve equal rights for marginalised communities, what role do you see art playing in the work of the Human Rights Campaign to create social change?

We can reach a lot of people by posting something on our building that challenges people's perceptions. Art can inform the public to take affirmative steps to engage in personal advocacy. That personal advocacy is just as important as what we do in the court of law.