'The art world had become extremely aggressive': Rachel Lehmann on a return to localism and intimacy in the art market

As Lehmann Maupin opens at London's Cromwell Place, its co-founder speaks about systemic change—and addresses recent allegations against the gallery 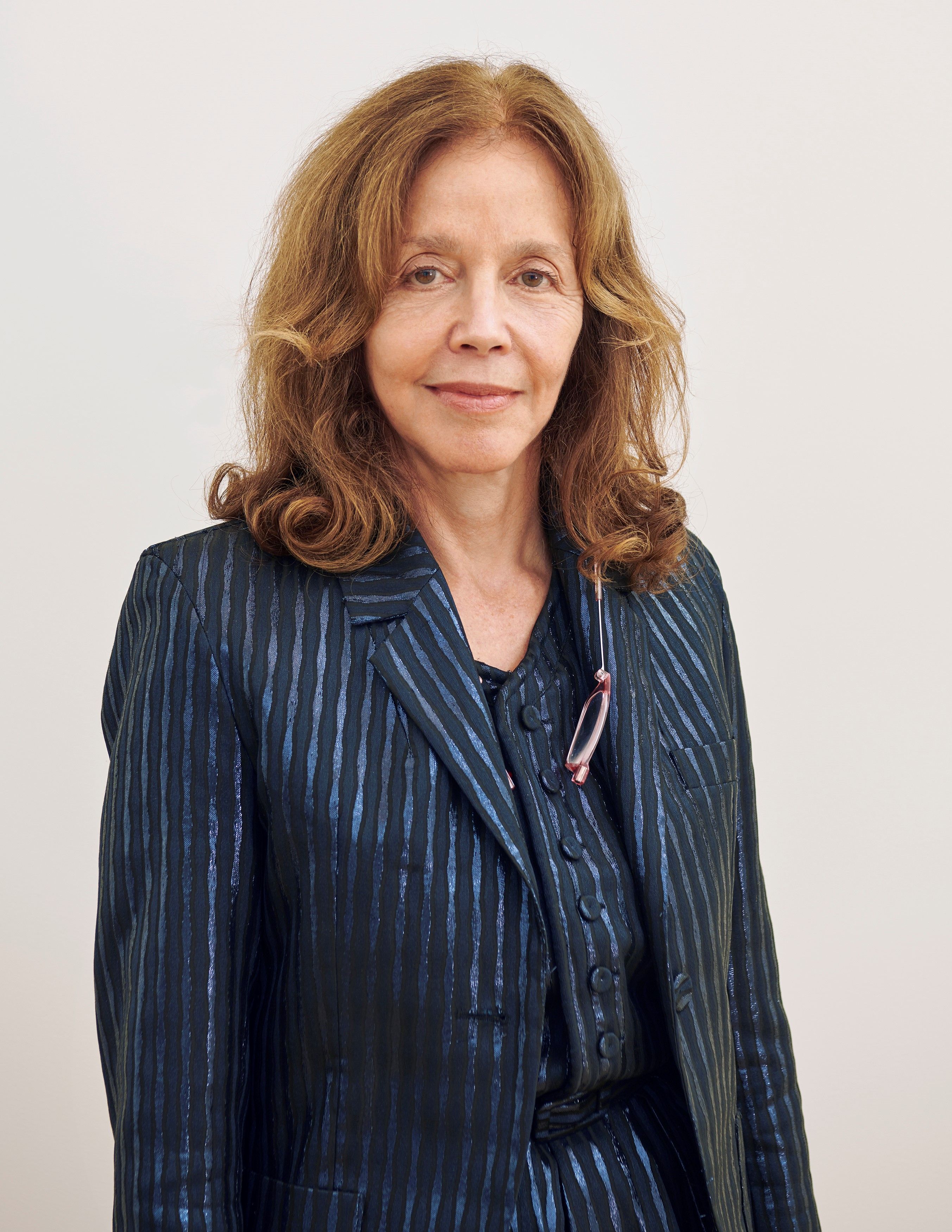 Rachel Lehmann has spent lockdown first in New York, then Switzerland. This week she is back in New York as the gallery she co-founded, Lehmann Maupin, opens at Cromwell Place, the new gallery hub in South Kensington, London. Under the directorship of Isabella Icoz, the new space adds to the gallery's premises in New York, Hong Kong and Seoul. And for its opening week, the British artist Billy Childish has turned the new gallery into his studio, painting at lightning speed in front of visitors—surely hell for many artists.

It was because it offered an alternative to the white cube gallery model that, pre-pandemic, Lehmann wanted to join Cromwell Place: “We felt that model was just repeating itself and we were not able to add much to it in London,” Lehmann says. She wanted to “to create something smaller, more regional and more intimate. That's exactly what Covid has forced us to do—we’ve become more local, in a way more provincial.” Certainly, while in February, South Kensington seemed out on a limb from the Mayfair-focused London art scene, now it suddenly seems to have more life to it, more willing visitors, than those echoing streets of central London.

Through the pandemic, Lehmann sees something of a return to the traditional values reminiscent of when she opened her first gallery, Lehmann, in Geneva in 1988. “The essence of everything was the artist,” she says. “Then you had the gallery, the collector and the museum or curator. A very simple model, and it was local. We did not have internet. We were not travelling to Asia, and travel to the US was exotic.” While Lehmann has missed the stimulation of visiting studios and museums, she has not missed the “over-travelling” and “lack of empathy” that had come to define the art business. Stepping off the merry-go-round gives time to “focus on what is it that constitutes the family of artists you want to work with? Which are the ethical choices you will not step over anymore?”

Estate planning is on 67-year-old Lehmann’s mind: “How are we going to keep up with the zeitgeist of the moment but also ensure that the business carries on, that someone will take it over and that we have a plan for the future.” For her, most important is a focus on “female artists, female expression, identities from all over the world. The younger generation can see with clearer eyes than we can because we carry so much baggage.”

The communal aspect of Cromwell Place, Lehmann thinks, is needed: “The art world had become extremely aggressive.” Lehmann observes a “less aggressive, more collegial” atmosphere emerging. “I can see more galleries working together and more concentration on green issues.” A structural shift in the art world is also necessary: “Part of it is due to Covid, but part of it is a natural process of a system needing to change.” 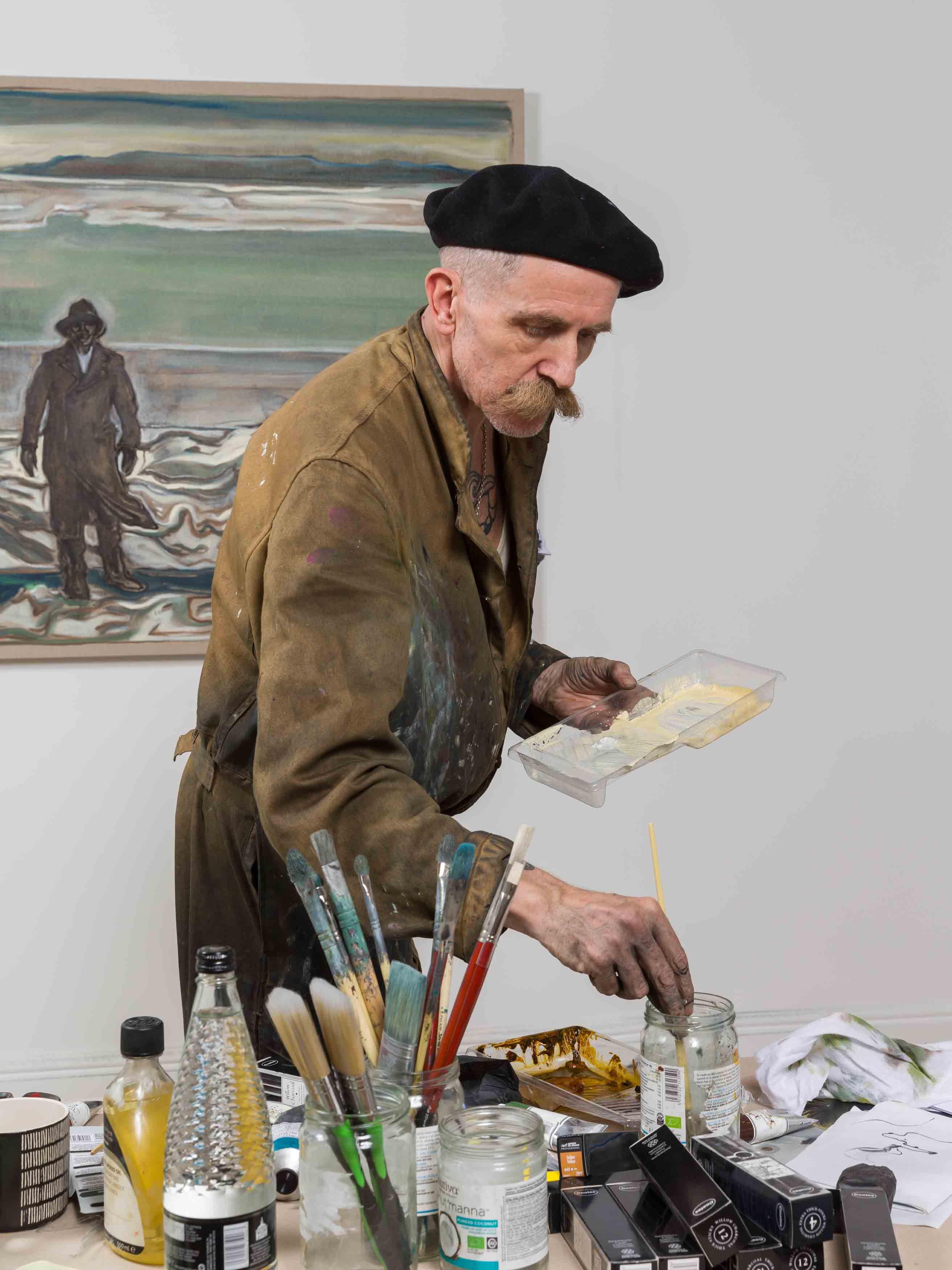 On the subject of the pressing need for greater racial equity in the art world, Lehmann says the gallery’s staff are currently “participating in an online course about underlying racism [unconscious bias]. I think there is a lot of bias that comes from us from collective memory that we’re not aware of. We’re also supporting various organisations, but for me the educational process is more important.”

Lehmann grew up in Ethiopia, on a cattle farm in Asmara. “My father is Jewish German, my mother is Italian Polish and they met in Berlin after the war,” Lehmann says. “They wanted to live an adventure. My father’s idea was to raise cattle and send beef back to Europe, which had food shortages after the Second World War."

Lehmann loved Asmara, describing it as a “very open and integrated society”, but her parents moved back to Germany after Emperor Haile Selassie was overthrown in 1973. She read political science and economics at university in Switzerland, but it was always art that really interested her and in 1988 Lehmann launched her own gallery in Geneva, called Lehmann, followed by another in Lausanne, showing “lots of artists, American artists like Jeff Koons and David Salle, who weren’t that well known in Europe at the time”. Then, in 1993, she opened Offshore Gallery in East Hampton, in collaboration with Metro Pictures, before Lehmann Maupin was born in SoHo, New York, in 1996. 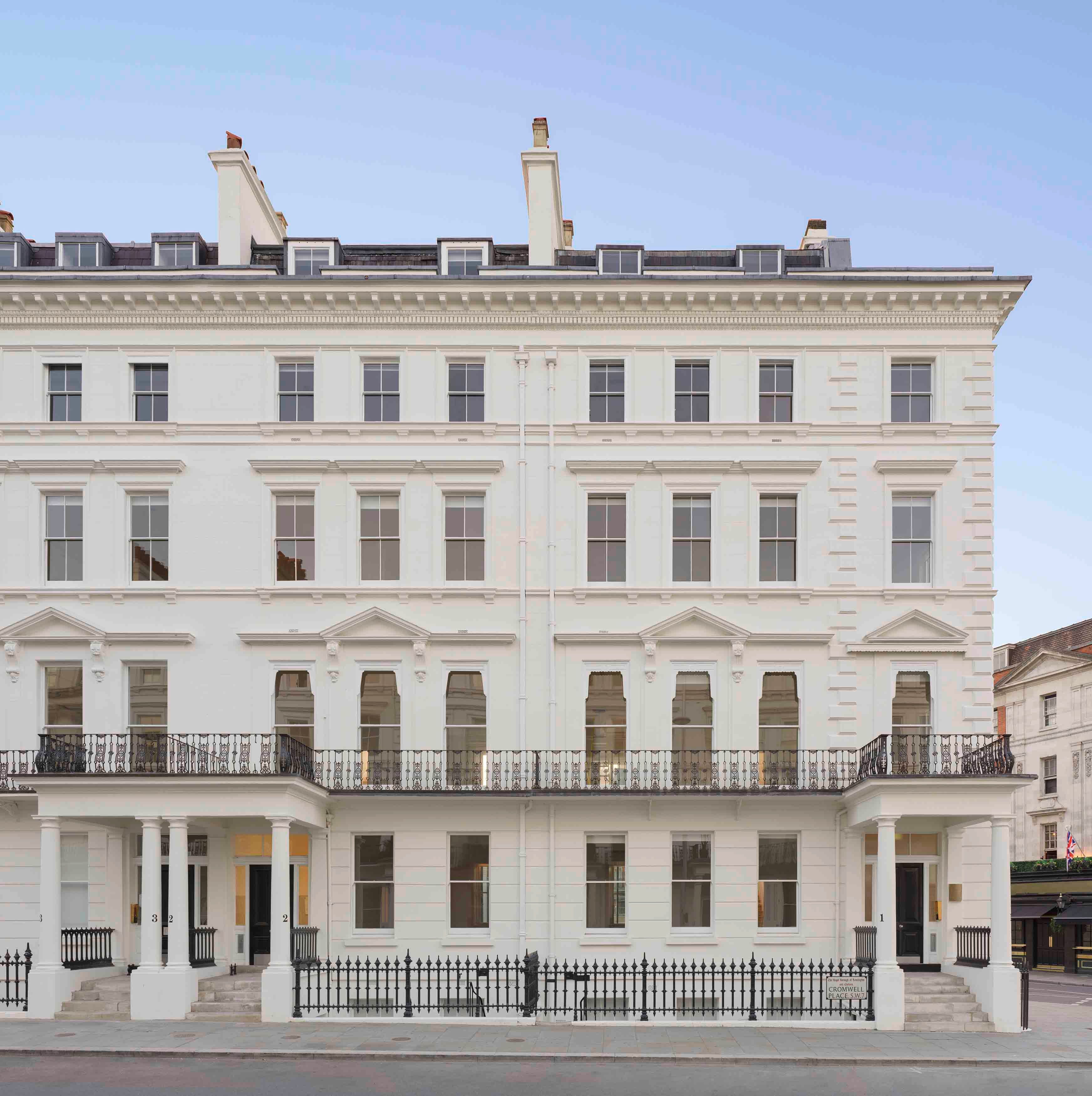 She and Maupin first met at Art Basel, when he asked about a David Salle work and they started chatting. “I miss the physical art fairs,” she says. “They have something beautiful. You have the possibility for new encounters but also see people you haven’t seen for a long time.” Lehmann likes working as a duo: “David and I are both only children. I always wanted to work with someone else. David sees certain things I don’t see, and I see things he doesn’t. And there’s a support. I’m not sure I would have been as successful on my own.”

On the choice of the Chatham-based Childish for the Cromwell Place opening, Lehmann says: “He was always misunderstood in the UK, but he has great potential and he’s a very committed artist—you’re not an artist for a day, you have to live it.” The fact that, in Lehmann’s view, Childish is under-recognised is an opportunity: “I thought it would be fresh, for Billy and for the public. But he also has a maturity; when you look at artists like Cecilia Vicuña that we’ve brought on in the past four or five years, it’s because of their maturity and consistency.”

After speaking to Lehmann in September, cluster of allegations emerged this week on the Instagram account @cancelartgalleries about David Maupin’s reported behaviour towards employees and alleged use of racist language. Over email yesterday, Lehmann says: “"We have to acknowledge the times we live in. There is tremendous suffering in our world and in our community. I fully understand there is a lot of frustration being expressed. David and I have been business partners and working together for more than 30 years; we’ve devoted ourselves to championing artists from around the world whose work transcends borders and who we believe will have a lasting impact on our culture at large. The gallery’s program speaks for itself.”

Referencing one post, claiming that Maupin ridiculed employees upset at the election of President Donald Trump in 2016, Lehmann says: “What I want to make clear is that neither David nor myself support [President Donald] Trump, nor do we condone racism. As leaders, we are working to address imbalances of power in our own industry and recognize the responsibility we have to foster a more equitable and inclusive workplace. We are listening to our employees and will try to listen even better, making space for productive dialogue. We have to continue to improve.”

about 3 hours ago
Lockdown easing: the best gallery shows to see in London right now