'I would give my head to be cut off—like Holofernes!' Eric Turquin on the Caravaggio attribution 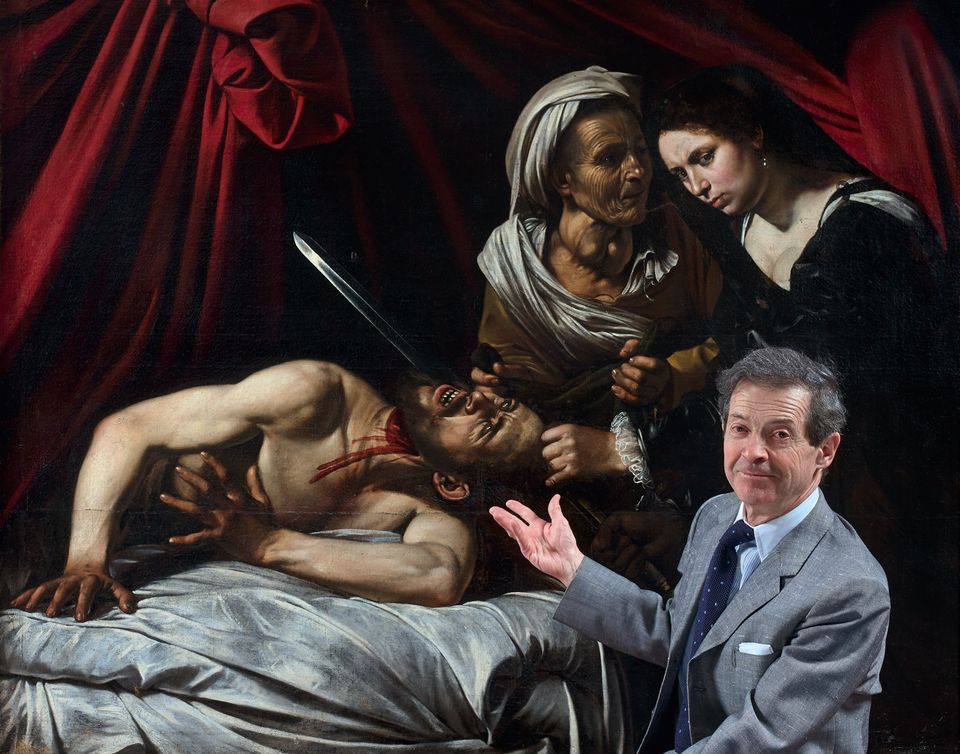 Eric Turquin with the painting of Judith and Holofernes, which was rediscovered in a French farmhouse Cabinet Turquin

“We live for a discovery like this,” says the Old Master paintings specialist Eric Turquin of Judith and Holofernes (around 1607), a previously lost work now attributed to Caravaggio.

The work was found, water damaged and filthy but intact, in 2014 in Toulouse. After cleaning and presentation to the Louvre, it was export barred until late 2018, when the museum granted it a licence. Turquin researched the painting and its provenance, and is convinced it is the long-lost work that disappeared from the Netherlands in 1619.

We meet in London where he was showing the painting at Colnaghi, drawing a constant stream of visitors. With a €100m-€150m estimate, the work could become one of the most expensive Old Masters sold at auction when it goes under the hammer at Marc Labarbe in Toulouse on 27 June.

Neat, small of stature but full of vigour and enthusiasm, Turquin is a respected figure in the art world. “His energy is phenomenal, and he did an extraordinary job on the Caravaggio; he went to see 67 of the 68 known work by the painter,” says a Parisian colleague. “A remarkable person—very alert, super-smart, a little vieille France,” says another.

Turquin started his career back in 1977, when he qualified as a commissaire-priseur, at that time the rigorous qualification necessary to be an auctioneer in France. But, as he explains: “In those days, to practise you had to buy the office from an existing auctioneer, and I didn’t have the means to do this. So I applied to Sotheby’s in 1979.”

Sotheby’s Mentmore sale in 1977 saved him. “They had sold a Charles-André van Loo which turned out to be a Fragonard and went for much more afterwards to the National Gallery,” he says. “The firm realised they needed more expertise in French paintings.” His interview with the then head of Old Master paintings, Derek Johns, startled the Frenchman: “He showed me 20 paintings, locked me into the office and gave me an hour to catalogue them.”

And? I ask: “Not too bad; they offered me a job the next day.” He rose to become director of Sotheby’s Old Master paintings department. But his wife was pining to return home and the culture had changed, he says: “The firm had become American, was more bureaucratic, more boring. And I wanted to develop my expertise.”

Turquin founded his eponymous firm in Paris in 1987; now he and his nine-strong staff work, on a commission basis, for 380 auction houses around the world. Notable discoveries include a pair of Chardins now in the Toledo Museum of Art and a Poussin bought by the Louvre. Recently, in Lille, one of Turquin’s specialists found an oil sketch by Rubens which was due to be sold on 31 March, estimated at €200,000 to €300,000.

French attics seem to produce a constant flow of rediscoveries, I comment. “These hardly exist in the UK,” Turquin says. “I’ve never found anything in an attic here. I think it’s because the French are more sensitive to fashion, so they put things away when tastes change, and forget them. The British are more conservative, more respectful of the past.”

He attributes an upsurge in such discoveries to the internet. “I used to give quotes on 5,000 or 6,000 pictures a year–now it’s nearer 10,000. The internet makes things so much easier, quicker. And I am sure there is a lot more to come: Louis Finson, Caravaggio’s dealer, is known to have sold 15 works in France and we haven’t found any, not a single one. They must be somewhere.”

While he is pessimistic about the internet—“the auction houses are killing dealers, but then the internet will kill the auction houses, as the way we exchange objects is changing profoundly”—Turquin remains, inevitably, upbeat about the Old Master market: “The number of dealers is shrinking, that’s true, but there is still great interest in these paintings. Look, for instance, at the Royal Academy’s current exhibition of the Renaissance Nude—it is packed!”

However, there is “no room for generalists” today: “If you want to succeed, you must specialise. And that’s true today for any career, not just for the art world.”

On the scandal in France over alleged forgeries—one of which, a Frans Hals, is the subject of a trial in London this month—Turquin will not be drawn, merely saying that he will talk about this “after the Caravaggio is sold”. Nor can he shed any new light on the Salvator Mundi, whose attribution has been (again) contested recently, triggered by its failure to appear in any museum. “The picture is right, full stop. It is authentic, if in a ruined state.”

I ask him about the numerous dissenting opinions on the Caravaggio. “Yes, the second person I showed it to was [the Caravaggio expert] Mina Gregori, and she turned it down. And so did Gianni Papi of the University of Florence. But we are still friends: this is a debate, not a war.” And the Louvre has not listed the painting as a National Treasure, meaning it is free to be sold abroad.

But, Turquin says, many others agree with him: “There are so many reasons I am convinced of its authenticity—I would give my head to be cut off—like Holofernes!”